Ayelet Shaked spoke without filters in the recordings. How much we enjoyed. How we missed real talk - Walla! culture

There was something very enjoyable about listening to Shaked's recordings. They spiced up the feverish political reports with a prickly and refreshing sourness. Suddenly we remembered what a small and unequivocal pleasure it was to hear a politician, no matter what camp, speak freely, without a pompous and pathetic message page.

Ayelet Shaked spoke without filters in the recordings.

How much we enjoyed.

How we missed real speech

There was something very enjoyable about listening to Shaked's recordings.

They spiced up the feverish political reports with a prickly and refreshing sourness.

Suddenly we remembered what a small and unequivocal pleasure it was to hear a politician, no matter what camp, speak freely, without a pompous and pathetic message page.

There was something very enjoyable about listening to Ayelet Shaked's recordings that were leaked and aired earlier this week on News 12. Like Selton Parshi that accompanies every second dish at Master Chef, the recordings revealed by Amit Segal will spice up the feverish political reports with prickly and refreshing sourness.

What a small and unequivocal pleasure it is to hear a politician, no matter what camp, speak freely, without a pompous and pathetic message page.

After a fourth election in two years, and with a fifth campaign hanging over our heads like a flame sword already dulled from too much use, we are already so full of engineered election slogans.

As if there is some message, well worded as it may be after going through dozens of rounds of proofreading, polishing and tweaking of consultants and strategists, that can really put us in order and make us understand what the hell is going on here in our country.

Who is driving this ship today and in what direction.

Can no longer contain equations and calculations about imaginary coalitions and sudoku scenarios of minority governments with outside, side, top support.

Recordings by Ayelet Shaked: "Netanyahu and Sarah are dictators, he is afraid of a pardon process"

We earned it in blood, sweat, tears and four idle visits to the polls.

But to hear Shaked speak as she speaks in the recordings, without the evantes, without the finger in the eye, without winks. forthright. As she knows - the ear is still covered. And even though we did not hear anything there that we did not know about her and what she thinks, it was still very nice to get the unpolished picture, to be exposed to cultivate what is going on behind the scenes every day in recent weeks, in failed talks and contacts to form a government.

Let's agree that no one fell off the chair at Shaked's opinions and intentions. Everyone knows very well that any coalition that is formed here, if it is formed here, is a zero-sum game of defaults, big compromises, swallowing frogs, stuffing noses and looking away. This will not be anyone's citrus tim. We all also know in general terms under what circumstances the rift between Shaked and Netanyahu and the Likud was torn down and what nails carried it out. And yet, it does not detract in any way from the pleasure of hearing things as they are in her voice. Just as the monogamous couple who are confident in the rock of their love who still want and need to hear from each other "I love you" from time to time, so too we need to hear with our own ears the obvious from our elected officials.

Hearing her say that she too thinks that Netanyahu should go and that all that guides him now is getting out of his trial - fun.

That the Netanyahu couple are power-hungry dictators - fun.

That Smutrich plays it listens to the rabbis but does what his dick - fun.

Bring us more of this, please.

We earned it in blood, sweat, tears and four idle visits to the polls.

At the age of 18, Michael and Shiran Sapir met for the first time.

Since then they are together

And why do we not actually hear such recordings anymore? It is clear to you and me that everyone is recording everyone today. Looking at each other in the eyes, whispering in the ears, with one hand closing agreements by blowing a spoon, while the other hand presses the 'record' button with the red circle. Everyone has insurance certificates in their pockets. We live in an age where no one believes a word that comes out of anyone's mouth. We do not believe in politicians and they do not believe in each other. Coalition agreements enshrined in legislation are not worth the paper on which they are printed. But a recording? Recording is gold. It's a bunker. It's a bank guarantee.

Everyone is recording everyone and saving screenshots of messages and posts and stories, not just politicians and associates - us too, all of us.

Because the premise is that everyone is engraved, no one really feels committed to the truth anymore.

Sometimes it seems that the direct, open speech - that, by the way, that was once so identified with us 'Sabras' Israelis - is already so rare and extinct that it is difficult to remember how it sounds at all.

But she is not.

Here, this week we heard Ayelet Shaked speak freely, and say nothing new, and yet we enjoyed ourselves.

Because we can still recognize real speech, and we miss it.

Say, and rightly so, that even in a conversation like the one in which Shaked was recorded, there are filters and interests (both those of her that she is trying to promote in the conversation, and also those of the other side of the conversation - the leaker). Right. And yet there are all sorts of levels and degrees of engraving: there are things that politicians want us to hear. These are the condensed messages that come to us from them in official announcements through the media. If we do them a mathematical procedure of gathering similar organs, and a practical procedure of transferring in a bullshit strainer we will get the more concise message, the bottom line that the politicians decided together with their advisers and which they sought to crush again and again into our ears. And beneath that, in peeling off many layers of political correctness, constraints, bills and fashion, there is what they really want and think.

Shaked's recordings are not this initial essence.

They are an intermediate stage, more sincere than the media messages, but not the naked truth.

And yet, so much more natural and pleasing to the ear than cheap slogans whose whole purpose is to smear another day while keeping all the options on the table and all the channels open to all parties.

So please, release us more of these.

You're recording anyway, so let us hear.

Too bad the recording device will just burn in your pocket.

Ayelet Shaked spoke without filters in the recordings. How much we enjoyed. How we missed real talk - Walla! culture

Recordings by Ayelet Shaked: "Netanyahu and Sarah are dictators, he is afraid of a pardon process" - Walla! news

From Israel Katz to Corinne Gideon: The Embarrassing Moments of January 2021 - Walla! culture 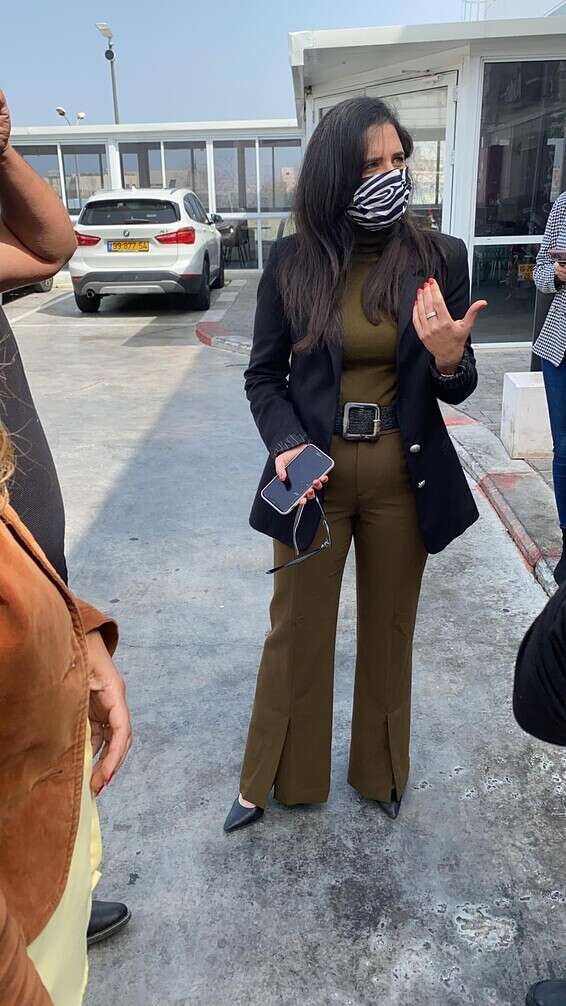 Shaked: Netanyahu dumped us and dismantled the bloc for personal rather than ideological reasons - Walla! news 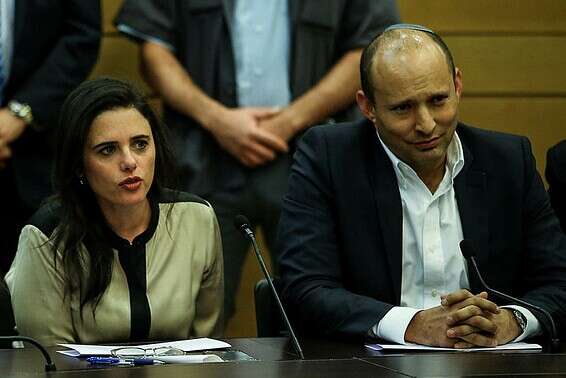 Shaked: "If we do not succeed in forming a right-wing government, we will try to add Smutrich to the bloc of change" | Israel today

Achinoam Nini apologized for calling Haman to Netanyahu: "I have no desire to ignite fire. This is not my way" - Walla! culture

Between Maccabi Tel Aviv, Hapoel Tel Aviv and the green shirt: Ayelet Shaked in a storm in the kingdom - Walla! sport