In an interview in honor of the rise of "Wonder Woman 1984" in the cinema, Gal Gadot tells how the superheroine also saved her Hollywood career, tells about the constant longing for Israel and more

"I went to give up America and maybe my career in general, and then came 'Wonder Woman.'"

"Wonder Woman 1984" is finally going to be released in Israel.

In an interview on the occasion of its distribution, Gal Gadot tells how the superheroine also saved her Hollywood career, talks about the rejections and the "pucks", tells about the constant longing for Israel and despite the reviews, does not regret the cover for "Image"

Gal Gadot is currently one of the hottest names in Hollywood, and you don't have to be a big patriot to know it. Not a month goes by without talking about her new projects: recently, for example, a national documentary series called "Impact" appeared in her production (soon also in Israel), and immediately afterwards an announcement was made about a science fiction film starring and producing in it. She will soon be seen in two other films, "Murder on the Nile" (perhaps in cinemas) and "Red Notice" (probably only on Netflix), and then comes her biggest film production to date - "Cleopatra", an epic on her initiative, in which she will also star in the role The main.

But at the end of the previous decade, the picture was quite the opposite. Gadot then made her first steps in Hollywood and even won a chance to participate in the box office series "Fast and Furious", but her career did not progress at the desired pace, and the breakthrough was delayed. "It was already too much for me, and I did not want to drag the family all the time," she says in a special interview with Walla! culture. "I was not sure I was going to continue my affair with the United States and I was thinking of returning to the country, but then I was accepted to Wonder Woman. Without it, I probably would not have had an international career, and in fact - I might not have had a acting career at all. Maybe I would have done something On TV, but I'm not sure I would have continued as an actress. "

Many actresses from around the world competed for the role, but Gadot won it and together with director Patti Jenkins made "Wonder Woman" a cultural phenomenon - a huge blockbuster, around the world and especially in Israel, recorded as the first hit starring a superhero, slightly changed the rules The gender game in Hollywood and turned the character and star into icons.

It all happened in the summer of 2018, when masks were still something that only heroes and heroines wear, and not a necessary item for each and every one of us. Following the dizzying success, a sequel called "Wonder Woman 1984" was produced. He was supposed to leave in the previous hamsin, but was first rejected regardless of Corona, then delayed again and again in the wake of the plague.

In the United States, Warner Studios has made a precedent-setting decision to distribute it this past Christmas on two platforms: the few theaters that were open at the time in America, and their streaming service, and it should be noted that the film was not particularly successful.

There were countries, France for example, where it went up directly in home format - and only here, the homeland of the banks, the pledge remained on the shelf for about five months.

Our review of "Wonder Woman 1984", which was published when the film was released in America

"Wonder Woman 1984" reminded us how much we love cinema.

Did not rest for a moment.

Only in the coming weeks, when the cinemas finally reopen after almost a year and a half, will the film go up here as well, which will probably make Israel the last country where it is available. how do you say? People from all over the world call us to ask how we do it.

Gadot came to "Wonder Woman 1984" from a completely different place than she was before the first film, and of course her experience with him is different. "The first time I watched the working copy of 'Wonder Woman 1984' I did not stop shaking with adrenaline and excitement, but the second time I already felt the difference - I was much more vocal," she says in the zoom call we had a few months ago, when the film came out in the United States. "This time I also wore a producer's hat and was more involved at all stages, which made it easier for me because it creates a mask, and I look at myself professionally. Seeing yourself on screen is always weird. You honestly say to yourself 'I should have seen it differently,'" Yashar sees your pucks. "

"You know, I say to myself, 'I should have been more like this or played it differently.' You always catch the eye that doesn't work for you."

At the beginning of "Wonder Woman 1984", the superheroine is actually hidden to the tools in the form of her human alter-ego, Diana Prince. She works as a senior researcher at the Smithsonian Museum in Washington, far from the adventures of the first film, but of course they haunt her there as well.

An ancient stone is rolled into the place, which has the power to fulfill every wish of the one who holds it, and there are probably those who abuse it. One of them is a loser and megalomaniacal businessman, who uses the natural resource in a way that endangers the world; The other is a new museum worker, played by Kristen Wiig, who is jealous of Diana and dreams of being like her, until the wish gets out of hand.

I ask Gadot if equally, there is someone she is jealous of and wants to be like her. "No, I do not have such a desire and I almost never had," says the actress, a mother of two who was recently reported to be in the middle of a third pregnancy. "When I was little, at the age you start to get jealous, I would always complain 'why this girl has it and the other girl has it'. My parents told me something I will never forget 'be a mare, just look at your path'. They explained to me that if you want "Being like someone else, it comes with the full package, and each one with its own story. It has divorced parents, and it has something different. In short, they explained to me that it's better to look at my way and my path and just walk away, and so I do."

"I needed this advice, because our field is full of rejection - and it's a very personal rejection, because you're told you're not good enough to play a character. Take it in a relatively healthy way and without freaking out. "

Maybe with us he will manage to tickle the success of the first film.

The film talks about being careful in your wishes, because even the good things come with a price. What price did you pay for your success?

"Every success has a price and the price is usually at the volume of success. I love the country very much, but we have lived far away for years, and for me it is a very big price. I am in constant longing for Israel, family and friends - and it is definitely a price we pay."

When you speak English, do you feel like you are a different wave?

"Not another wave, but I am not a wave to the end. In Hebrew, I control the whole rainbow. All the vocabulary is at my disposal, and I just pull out of it. In English, I do not feel I find all the words to express myself the way I would like."

Which Hebrew word do you miss the most in English?

Do you feel complimented?

I will use this to ask a less supportive question - I posted a positive post about you on Facebook after watching the movie, and then some commenters wrote to me "You're right, she's perfect - except for her cover of 'Imagine'

" My intention was good. I did not come to freak out. Kristen Wiig She's the most popular person here, and she brought all her guys to do it together, and it came out what came out - and it was not well received. I do not regret it, because it comes from my real place. Whoever does not like, does not like, but I do not "I want to be a lecturer, I want to do my truth, even if it seems cheesy and out of place to people. I had the best intentions."

And speaking of music - as befits the year of its occurrence, "Wonder Woman 1984" has an eighties soundtrack. What is your favorite song from this decade?

"To me it's the best decade music has had. What's my favorite? It's hard for me to pick one. Maybe 'Purple Rain' by Prince."

In Lebanon, as in the rest of the world, comics are loved, but because you are Israeli and because you were a soldier in the IDF, the "Wonder Woman" films are not distributed.

"And that is a great pity, I have no control over it.

Beyond that, it's the kind of thing I have no control over. "

Obviously, the third film is already in the process of being worked on, maybe this time Wonder Woman will jump in to sort out the political situation in Israel?

If you go back to the starting point - if you were not an actress, what would you be?

" Two options: legal counsel, because it always sounded smart to me and I liked 'Eli Parallel' and started studying law;

Or I would have become a doula.

It's magical to me to help a woman in her most exciting moment. "

"Wonder Woman 1984", a French summit meeting and a film that will change your life: what should you see in the cinema? - Walla! culture

Gal Gadot reveals: The insane change her husband went through because of "Wonder Woman" - Walla! Celebs

Gal Gadot reveals: "I got drunk and almost lost a finger ... my husband threw it in the trash" - Walla! Celebs 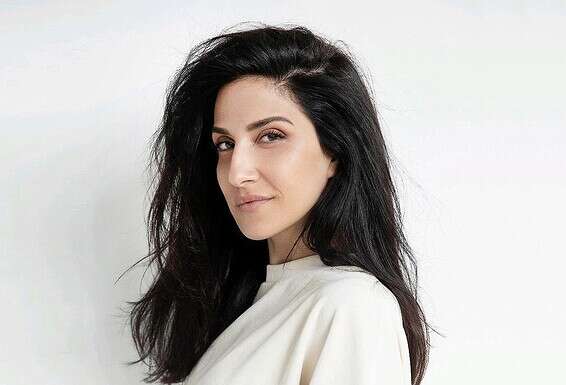 "I want to create a wave of people who will change the world": Gal Gadot's new project - Walla! culture