Does a lady elephant have civil liberties? This case is now being heard in a high US court. And could be groundbreaking for dealing with animals around the world.

Lady elephant "Happy": Should basic animal rights really be introduced, what would that mean?

A few days ago, the highest court in the US state of New York approved a groundbreaking hearing: It will not represent a person, but a lady elephant.

Happy is her name.

Happy is an Asian elephant. She has lived in the Bronx Zoological Garden, New York City, for several decades. She spent the last 20 years there alone. In 2018 the organization Nonhuman Rights accepted Project Happy as a »client«. Because the activists see the elephant's right to physical freedom violated.

Do animals have basic rights? And can people enforce these rights in court? For the first time, an appeals court in the Anglo-Saxon area has allowed such a case. Previously, all instances had rejected the request of the animal rights activists. That alone, says lawyer Saskia Stucki, is a great and high-profile success for the Nonhuman Rights Project. Stucki conducts research at the Max Planck Institute in Heidelberg for Comparative Public Law and International Law and has been working on fundamental animal rights for many years. She says: "The crucial question is: Are animals legal entities?" This is also what the New York trial is about. There is not yet a date for the hearing.

Specifically, the court must decide whether a legal act called Habeas Corpus can be applied to animals, and specifically to the elephant Happy. The habeas corpus is one of the oldest civil liberties and includes the right to be heard after an arrest. So that nobody can be detained without a legal basis. Jurists like Stucki explain it this way: "The habeas corpus is the procedural guarantee of the substantial right to freedom."

The activists of the Nonhuman Rights Project want to ensure that the right of the habeas corpus is recognized for Happy - that the female elephant may not be illegally detained in the zoo.

Instead, she should be taken to an elephant sanctuary, where she could spend the last years of her life with other elephants.

The zoo operators reject this.

Happy, they say, has a unique personality and individual needs that the keepers at the zoo know and take to heart.

Happy can't say where she wants to live.

“Everyone has the right to life and physical integrity.

The freedom of a person is inviolable."

Basic Law of the Federal Republic of Germany, Article 2

In many countries, and also in Germany, only those who are affected in their individual rights can be sued. "These procedural questions make it extremely difficult to enforce animal welfare laws," says Saskia Stucki. If regulations are not complied with, those affected, i.e. the animals, simply cannot enforce their rights themselves. And whoever has no rights at all cannot become a plaintiff.

Animal welfare organizations around the world are therefore trying to have animals recognized as non-human legal entities.

The fate of a spectacled bear was argued in court in Colombia.

In the end, the constitutional court denied the claim to grant the bear the right to freedom through the habeas corpus.

An animal client in Argentina was more successful: there a court ruled that a female chimpanzee is legally the bearer of the habeas corpus.

In the zoo it must live like in a prison.

The monkey lady then came to a reservation in the USA.

"Nobody should be subjected to inhuman or degrading treatment."

Monkeys, bears, elephants - the animals whose rights are disputed in court are usually large mammals. That, says Saskia Stucki, is not without its problems: »Only a fraction of the animals in the world whose rights should be claimed live in zoos. Factory farming is much worse. I think it would be good if we not only grant rights to cognitively highly complex animals. ”Because that reinforces anthropocentrism: the attitude of putting people at the center and devaluing everything unlike humans. “An animal doesn't have to be as human-like as possible to be able to suffer. In the meantime, for example, it has also been proven that fish can feel suffering. "

This sensitivity is recognized by many as a criterion for which animals should be granted basic rights and which should not.

Because there is a difference between a female elephant and a head louse.

Saskia Stucki does not want to make a prognosis about how the judgment in the New York court could turn out.

But she has a personal opinion: »It seems clear to me that it would be much better to move Happy to an elephant sanctuary.

For animals as social as elephants, individual housing almost borders on torture in psychological terms. "

When asked whether universal animal rights will one day come, she has a clear answer: “I think the question is not if, but when. Legal developments in recent years clearly indicate this: “We need, says Saskia Stucki, constitutional fundamental rights for animals. A right to life and freedom. A right not to be tortured. A right not to be treated inhumanely - or perhaps rather: not in a manner appropriate to living beings.

Should fundamental animal rights really be introduced, what would that mean?

Are you allowed to kill animals with basic animal rights?

The German Animal Welfare Act already says: "Nobody may inflict pain, suffering or harm on an animal without a reasonable reason." So far, for example, the legislature has considered it sensible to kill an animal because you want to eat its meat.

But not an appetite for sausage.

In some countries there are even efforts to extend the idea of ​​fundamental rights to the sphere of humans and animals.

There are rivers, in Ecuador or New Zealand, that have been legally recognized as legal entities, there are forests and mountains with legal rights.

Saskia Stucki sees pragmatic reasons in this: "If you grant rights to natural entities, these rights are enforceable."

»The question of basic rights for animals is no longer just an ethical one.

It has become an existential question for us humans. "

But unlike rivers or mountains, animals have "an intrinsic interest in these rights," says the lawyer.

»I think the state of the lived life goes beyond the existing.

And that, she says, should also be in the interests of the people.

Because the way we treat animals has an impact on our future.

Saskia Stucki says: “The interaction between climate change and the exploitation of animals is striking.

The question of fundamental rights for animals is no longer just an ethical one.

It has become an existential question for us humans. "

And it is precisely the fight against climate change that shows that courts can certainly act as a source of inspiration.

“I am convinced that basic rights for animals will come.

Because the awareness is there that things have to change in order to prevent the climate catastrophe. " 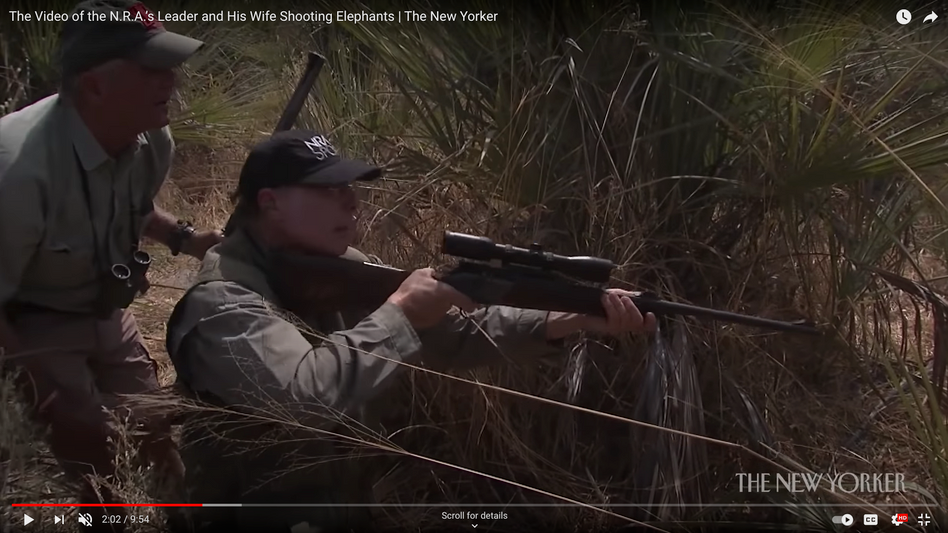 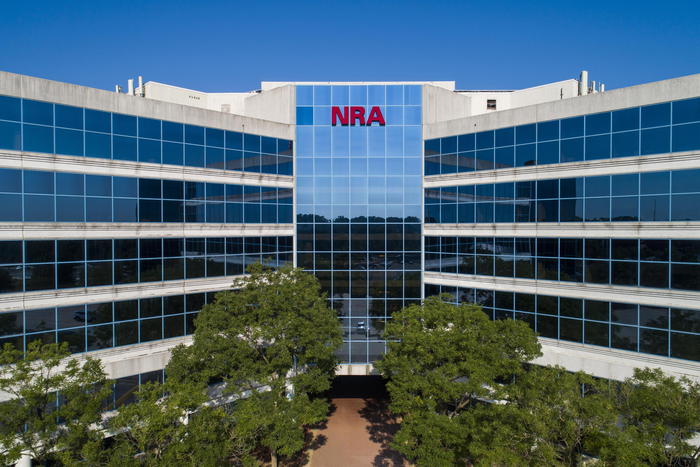 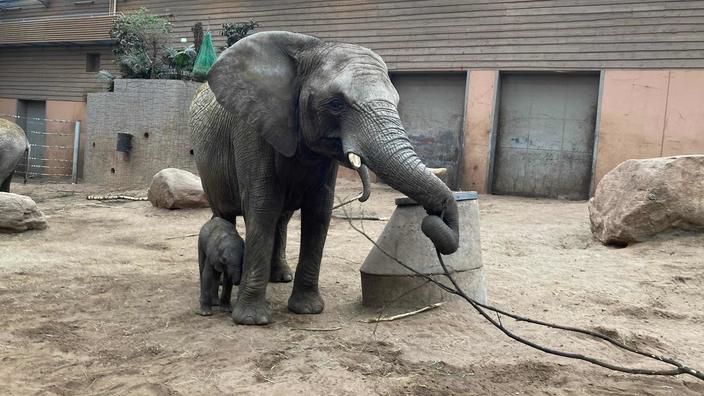 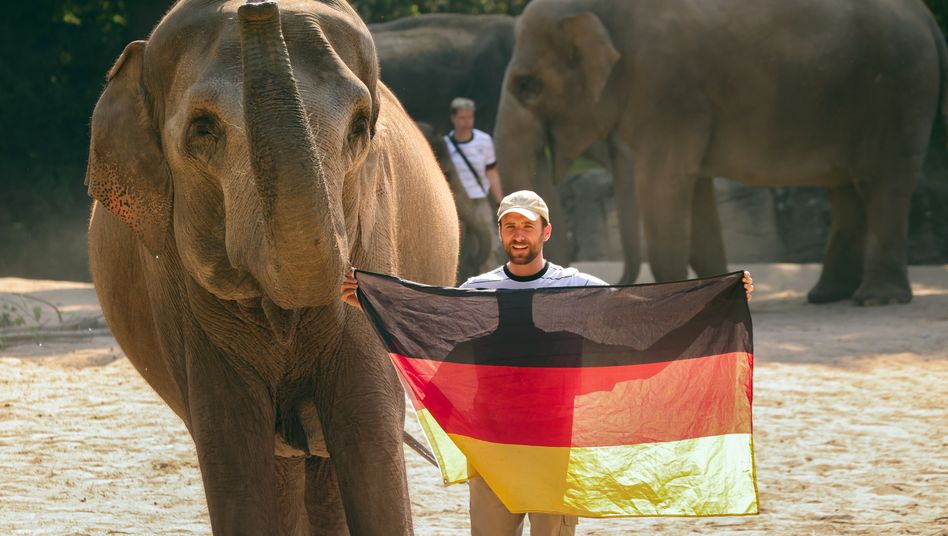 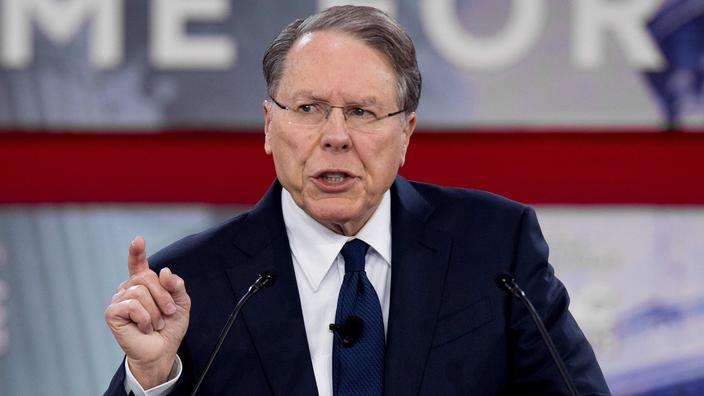 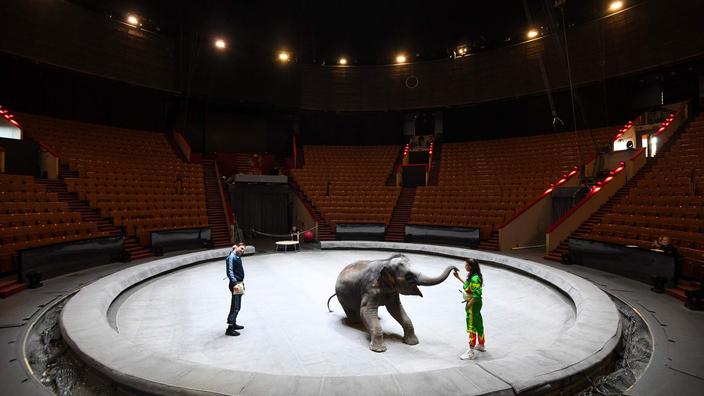 Gard: an elephant hidden by a circus found in a landfill 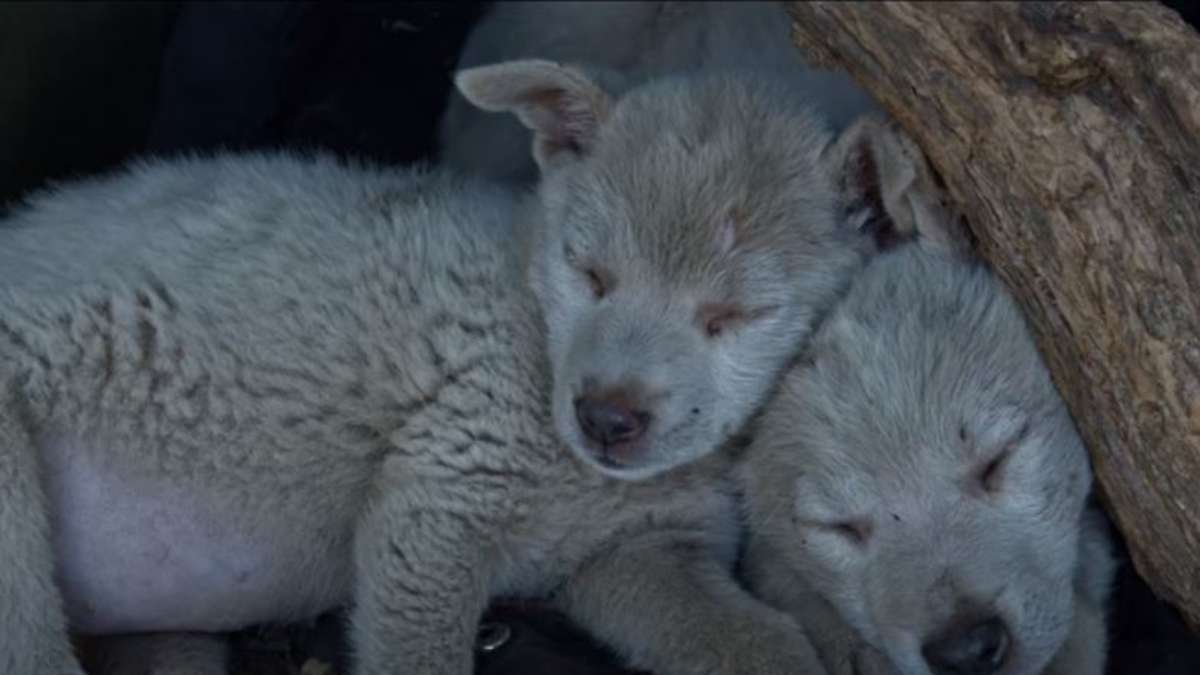