The defense secretary believes that the ship will fall into the ocean, without causing damage. 05/07/2021 17:43 Clarín.com Technology Updated 05/07/2021 17:43 The United States Armed Forces are closely following the trail of the Chinese Long March 5B rocket. Defense Secretary Lloyd Austin specified this Friday the plan that the Joe Biden administration collates against the uncertainty generated by its uncontrolled descent towards Earth. The head of the Army with the greatest technologica 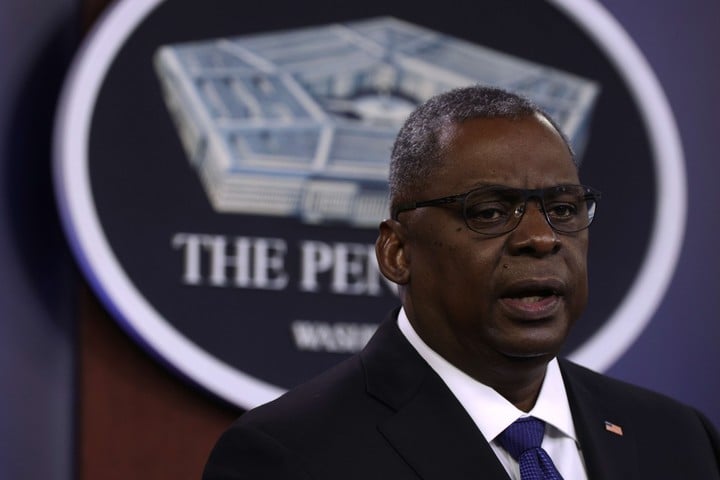 are closely following the trail of the Chinese Long March 5B rocket.

specified this Friday the plan that the Joe Biden administration collates against the uncertainty generated by its uncontrolled descent towards Earth.

not shoot down the debris from the massive rocket that China

sent into orbit last week, while being closely followed by the 18th Space Control Squadron of the US Space Command. UU, in the Vandenberg Air Force Base (California),

they do not have a plan to bring it down

, despite concerns that some of its debris will likely fall to Earth.

"We have the ability to do many things, but we do not have a plan to bring it down," said the secretary, who

hopes that the ship will fall into the ocean

, without causing harm to anyone or anything on Earth.

There is a precedent for the United States shooting down space debris that falls to Earth.

The Navy launched a missile in 2008 to

that was out of orbit.

That satellite stopped working early in its mission, so it still had a lot of fuel on board and could have spread its toxic payload as a result of a probable impact.

On the other side of the Atlantic, the European Union Space Surveillance and Tracking Service (EUSST), which monitors the Chinese rocket, also sees it

unlikely that debris will fall in populated areas

The rocket (a Long March 5B) was used last week by China to launch one of the modules of its future space station into space, and it is expected that throughout the weekend it will impact the Earth's atmosphere,

The debris can fall anywhere in the world, within a strip that exceeds 40 degrees north and south of the Earth's equator.

Taking into account that approximately 70% of that strip of the Earth is covered with water, "the most probable scenario is that the fall takes place in the sea."

Jonathan McDowell, an astronomer at the Center for Astrophysics at Harvard University, explained about the CBC site that it is almost impossible at this time to predict where and when the debris will fall, the astrophysicist dared to point to a place.

"If you want to bet on where something will land on Earth, bet on the Pacific. Because

the Pacific is the largest part of the Earth

. It's that simple," he acknowledged.

The predictions are still very uncertain since the object is out of control, and the most approximate estimates about where these debris would fall will only be possible to make a

into the Earth's atmosphere.

A risk to the environment

The previous generation Long March 2, 3 and 4 series rockets utilize a

, which would make the debris surviving reentry potentially dangerous to anyone approaching them. remains.

Furthermore, it is understood that China has taken precautions

not to cause damage by falling debris from the rocket

However, some aerospace organizations have argued that, beyond human risk, humanity should also bear in mind environmental damage, since

reentry can be highly polluting 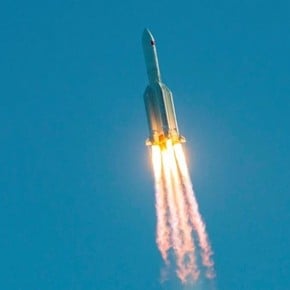 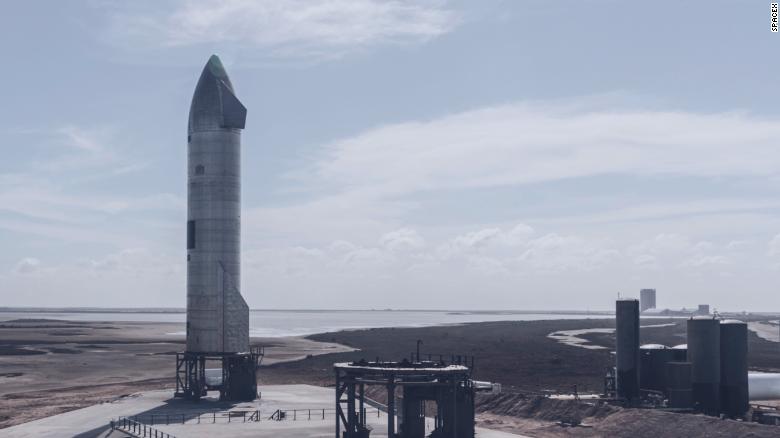 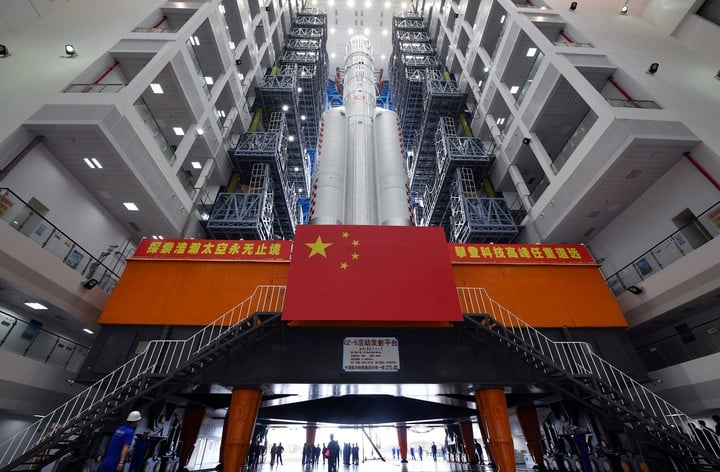 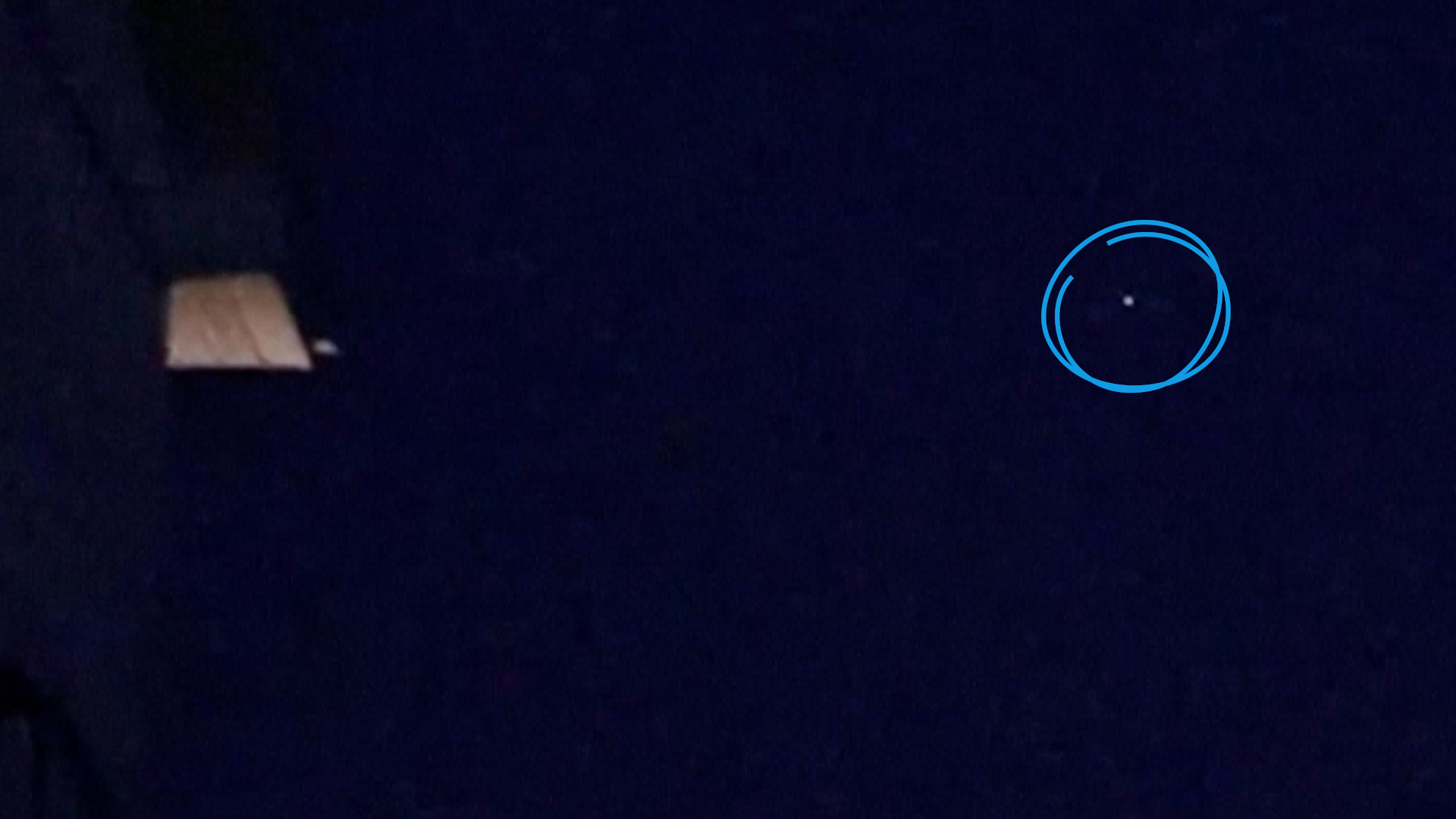 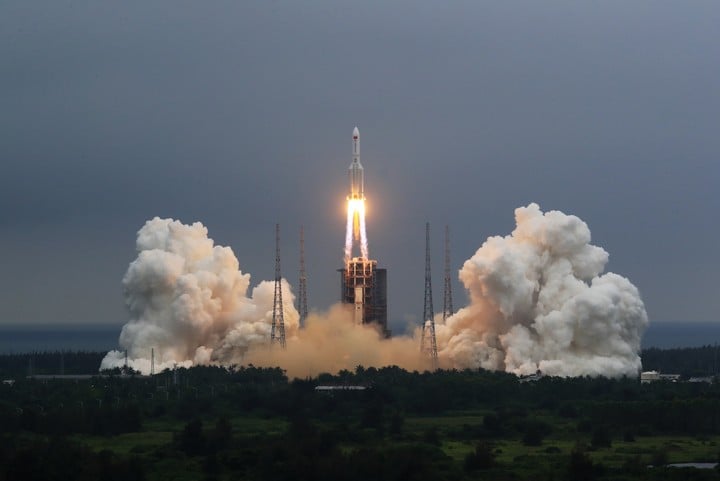 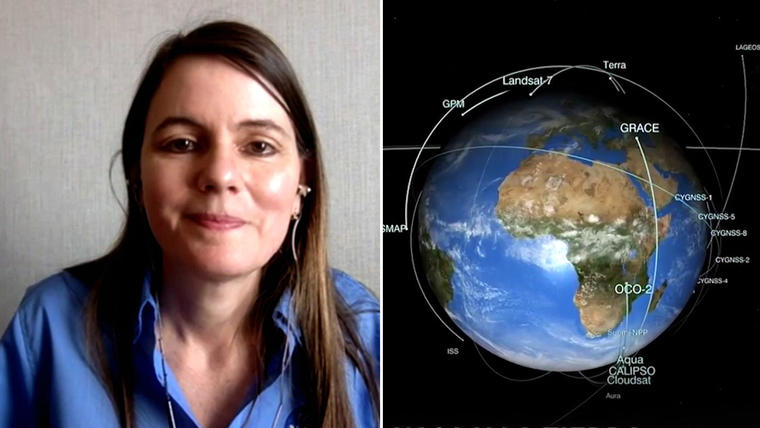