Eviatar Banai's new album, "When Life Begins to Play", begins in the familiar and beloved way. But then suddenly there is an interesting change: suddenly Banai begins to focus on other heroes - his immediate family. This is an extraordinary turn that indicates self-confidence

Eviatar Banai's new album is his most interesting in years

Eviatar Banai's new album, "When Life Begins to Play", begins in the familiar and beloved way.

But then suddenly there is an interesting change: suddenly Banai begins to focus on other heroes - his immediate family.

This is an extraordinary turn that indicates self-confidence

An operation that kisses genius.

"When I stop trying not to hurt myself, when I accept that everything always moves, when I really accept it - life begins to play" - with these words opens Eviatar Banai's latest album, said by an older woman (not written who it is, maybe his mother Of builder). These sentences, which also gave Eviatar Banai's latest album its name, live above it as a motto: stop defending and welcome the pain, accept myself - and let more voices enter.

"When Life Begins to Play" is Banai's seventh album, which maintains a fairly consistent album work rate every four years on average. He continues his collaboration with Tamir Muscat, who also produced half of his previous album. It seems to me that this is also his most interesting and cohesive album since the great "Night Today Will Shine".

Even before the content, it must be said that this is an album with a very rich, electronic texture, without pianos and far from the ballads that characterized earlier periods in Banai's career.

Accordingly, there is something a bit abstract about it: even if the builder has a style of his own that is popular with the public, and cannot be said to be non-communicative, the songs here - as far as can be said - are not entirely conventional.

The rhymes here are few, the words open their way, and the music adapts itself to them.

Only someone like Banai, a performer who kisses genius, is able to take such monologues and turn them into a cohesive radio hit.

A storm in a cup of tea: the naked and familiar simplicity of Eviatar Banai penetrated deep into the heart

Banai begins "When Life Begins to Play" from the private pains that continue to move him, these are familiar areas.

"Addicted" is the "pergola" of this album, followed by "This Story", a moment that perfects Banai's descriptions of unrest.

Unrivaled, this is the best song on the album.

Then an interesting change takes place: suddenly Banai begins to focus on other heroes - his immediate family.

Along the way, he ponders parenting, and his own parents.

To his daughter he dedicates the "girl girl" ("I wanted to keep you from hurting, I prevented you from living, drive my daughter, drive my beloved");

To the extended Banai family the work of the roots "Mercy";

Delves into the frustrations of parenting in "Don't See Me", with reinforcements from his uncle Tessa and a background that is somewhat reminiscent of the "city of refuge" of his cousin Ehud;

Presents the other side in a relationship in "Connections" (in the recitation: "Can I trust you? Do you see me? Do you love me?");

And said goodbye to his beloved brother, the singer Meir Banai, in "A Song of Compassion", which describes a heartbreaking encounter between them on his deathbed (the song opens with the line "When I went in to play for you at the hospice").

Fortishsharof's union was far from perfect, but what they did on stage made up for it all

This is an extraordinary turn.

Banai has gained immense popularity over the years precisely because of his overt, so intense preoccupation with his own beatings within the psyche.

Always singing about the inner battle between the pit and the water, about himself growing out of this confrontation.

Now, more than looking inward into the house, this album teaches about Banai's attempt to go out to other points of view, to come out of himself and allow them to be heard.

This correspondence is illustrated through speech recordings that are incorporated into several songs here.

This decision indicates self-confidence, and a hint of this can also be found in Banai's decision to renew "Kochav", Assaf Amdursky's beautiful song from "Silent Engines".

Banai does not abstain from innovations ("Brosh", "White Wedding", and of course "in your world" by his brother), but this is the first time that a novelty of an Israeli song appears in his solo albums.

When Amdursky, who produced Banai's first album, celebrated 20 years of his masterpiece before Corona, he hosted Banai for an acoustic performance of "Star," and he apparently loved the result so much that it matured into what is here.

"No more trembling leaf," sang Banai, "you are the only star in the sky, and not as it was before - today you are radiant."

From this whole place, and when Amdursky's personal song gets some spiritual fragrance, a builder can release, make room for other voices, and let life begin to play.

The joke that got out of hand: Eviatar Banai clarifies the publication of the phone in "A Wonderful Land" - Walla! culture 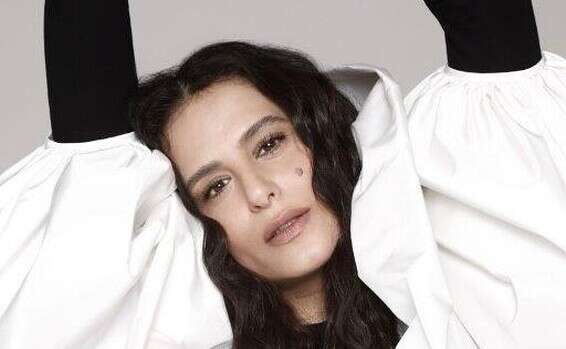 That's why Miri concludes more relevant than ever Israel today

A bunch of this, Poliker, Galron and lots of others: the cover versions are taking over - is it good or bad? - Walla! culture

"I went through love, joy and pain, all the things that every mortal goes through. And sometimes you sink" - Walla! culture

The mournful singers, the chaotic comeback and Neta's office: 8 albums to go through the quarantine with - Walla! culture

"For the next magic I will need a spy and a TZ": The pathetic moment of Bibi and Pollard - Walla!