Great demand in pharmacies for digital proof of vaccination

The pharmacies issued around 140,000 digital vaccination certificates on Monday morning. Despite technical problems, the association speaks of a successful start. 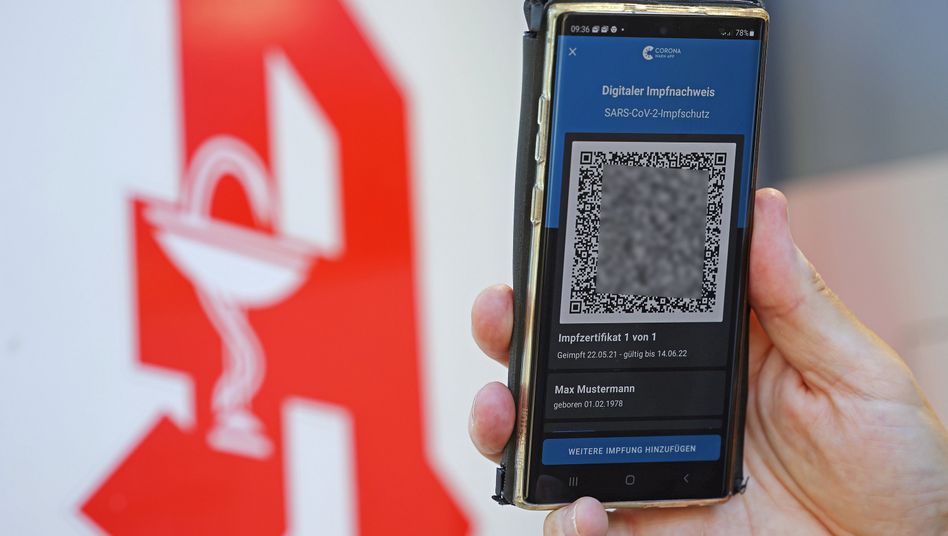 In several thousand pharmacies nationwide, people obtained a digital corona vaccination certificate free of charge for them on Monday.

There were technical problems and overloaded servers in some regions in the morning.

Overall, the pharmacies spoke of a successful start and advised people to be patient.

More than 13,000 pharmacies offer the service, as the chairman of the German Pharmacists' Association (DAV), Thomas Dittrich, said.

By late morning, 140,000 certificates had already been issued.

Pharmacists' associations from the federal states reported high demand, which means that small queues formed occasionally in front of the pharmacies. According to Dittrich, there was "extremely high demand" on the online portal mein-apothekenmanager.de, where you can access participating pharmacies. At times the portal could not be reached in the morning. Pharmacies from several federal states initially reported problems accessing the pharmacy server, but these were resolved during the course of the day. According to the Brandenburg Association, this was due to the issuing of new passwords due to higher security requirements for pharmacies.

The digital proof is a voluntary addition to the yellow paper vaccination book that is still valid.

Germany is thus implementing a project of the European Union.

For this purpose, uniform details of a certificate were agreed with which one can prove vaccinations, tests and survived Covid-19 diseases.

The app should be able to be used as evidence in case of relaxed corona restrictions and facilitate travel in Europe during the summer vacation time.

Dittrich emphasized that the digital proof is convenient, simple and secure.

It is also easier for those who want to check a vaccination status, said the association chairman in the ZDF morning magazine.

Three apps allow the vaccination certificate to be scanned

According to the Robert Koch Institute on Monday, around 21.8 million people in Germany are now fully vaccinated - more than a quarter of the population.

In the over 60-year-olds, about half of the people already have full vaccination protection, as Federal Health Minister Jens Spahn (CDU) wrote on Twitter.

Dittrich recommended that not everyone rush to their pharmacy immediately.

The pharmacies would also offer the service in the coming weeks.

"Everyone who wants this digital vaccination certificate will also get it," Dittrich clarified.

If you want to get the digital proof, you have to bring your vaccination booklet or proof from the vaccination center as well as a personal document.

The pharmacy then enters the data - surname, first name, date of birth, vaccine and vaccination date as well as dose - in a web application for which it had to be authorized, as Dittrich explained.

The data would be transferred to the Robert Koch Institute.

The digital vaccination certificate is created there, which is then sent back to the pharmacies.

The technology behind it was developed by a consortium made up of IBM Germany, Ubirch from Cologne, govdigital and Bechtle.

Vaccinated persons can scan the QR code of the proof with the Corona warning app, the CovPass app developed especially for this purpose and also with the Luca app and show it during controls.

Whether, when and how, in addition to pharmacies, vaccination centers and doctors can issue proof of those who have already been completely vaccinated depends on the respective federal state.

In Bavaria and Saxony-Anhalt, for example, people who have already been vaccinated in vaccination centers should be given access to the certificate via specially set up websites.

In Baden-Württemberg and North Rhine-Westphalia proof of vaccination should be sent by post. Great demand in pharmacies for digital proof of vaccination 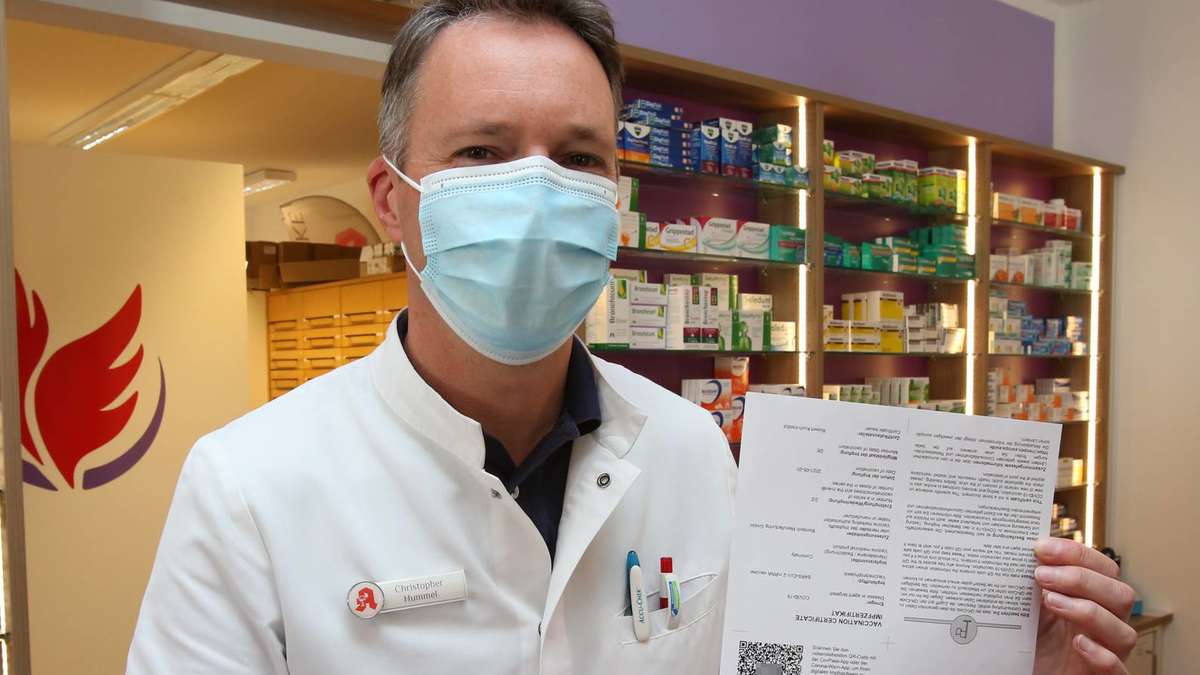