130,000 years ago it was warmer in the Arctic than it is today, but parts of the permafrost did not thaw. Now, however, the frozen ground is disappearing - it's not climate change, but humans are to blame. 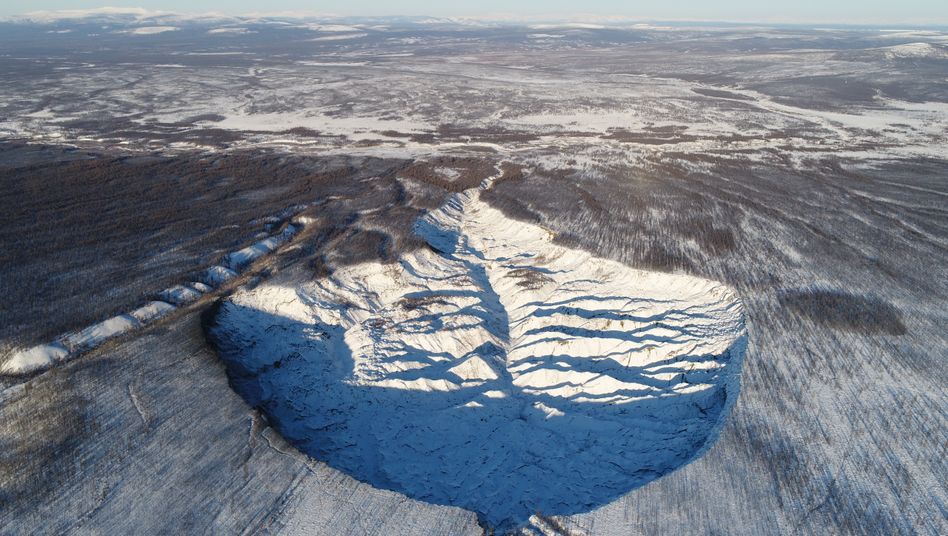 Batagai crater from the air

The view into the depths is spectacular, as is the noise. At least that's how Thomas Opel describes it when you ask him about his travels to the “gateway to the underworld”, as some call it. The researcher from the Alfred Wegener Institute for Polar and Marine Research (AWI) in Potsdam has already been to the impressive permafrost edge near Batagai in eastern Siberia twice. A huge crater has formed there on a mountain slope, every summer large amounts of once frozen and now thawed soil crumble down.

"This is one of the most impressive natural spectacles I've ever seen," Opel reported in an interview with SPIEGEL.

"Big chunks are constantly falling down and meltwater flows." Together with colleagues from Germany, Russia and Great Britain, he made a spectacular discovery on the slope of Batagai, which they report on in the specialist magazine "Quaternary Research": The soil here was that several analyzes show that it has been continuously frozen for more than half a million years.

That means, among other things, it survived an exceptionally warm phase 130,000 years ago.

In the so-called Eem warm period, the arctic summers are likely to have been four to five degrees warmer than currently.

The fact that the ground is now thawing has to do with us humans - but not primarily with the rise in temperature caused by burning fossil fuels, even though it is particularly strong in the Arctic. Not far from Batagai is the town of Verkhoyansk, where - far north of the Arctic Circle - temperatures of 38 degrees were measured in the 2020 summer. A team led by physicist Friederike Otto from the University of Oxford judged that climate change had increased the risk of extreme heat in Siberia by more than 600 times. This year, too, the region experienced a spring that was far too hot.

However, other disturbances are responsible for the devastation at Batagai Crater.

In the middle of the last century, the conifers in the region were cleared, reports Opel researcher, and heavy tracked vehicles from a mining company were also on the slope.

"The protective vegetation layer was destroyed, the heat was able to penetrate deeper into the ground."

This ensured that the upper part of the permafrost was initially thawed to a greater extent.

Gradually, the melt then continued into deeper regions, the researcher describes.

There the water content in the soil was 80 to 90 percent.

“As soon as this layer was reached, there was no stopping it.” Because new areas are constantly being exposed by the sliding material, the process continues.

The permafrost, which in parts of Siberia and North America sometimes extends several hundred meters into the ground, is one of the sore points of the climate system.

This has to do with the large amounts of organic material that is enclosed in it: remains of old plants, but also of animals such as woolly rhinoceros or mammoths.

And only recently, researchers revived rotifers from the Siberian permafrost that had been trapped in the ice for 24,000 years.

If the permafrost soils were heated over a large area as part of the global warming, the bacteria trapped in them could also be brought back to life - and they would decompose the material, producing carbon dioxide and methane.

This would threaten a vicious circle, because the gases in turn further fuel the greenhouse effect.

Thawing the permafrost is, however, a very, very lengthy process in many places.

And the new research results also offer a reassuring insight in one respect: at least deeper-lying, old ice can withstand phases of greater warming without damage and does not necessarily disappear completely.

The situation is different with previously icy areas near the surface, which can melt much more easily.

"The erosion will continue, it will not slow down either."

The age of the Siberian ice was not easy to determine.

For example, it was not possible to date enclosed material using the radiocarbon method, as this only works up to an age of around 60,000 years.

Instead, the team used two other methods: First, by irradiating tiny quartz and feldspar crystals from grains of sand with light, it was determined when they were last exposed to sunlight.

On the other hand, the accelerator mass spectrometry method was used to measure the ratio of different isotopes of the element chlorine in the ice.

Both dates came to a similar result: the permafrost was stable for at least 650,000 years.

The discovery of a 750,000-year-old piece of permafrost in northern Canada more than ten years ago also indicated that ice in the ground can actually hold out for so long.

This was dated with the help of enclosed volcanic ash.

But despite this - at least partial - resilience of the permafrost, the Batagai crater is a powerful symbol - and indeed of how sensitive the permafrost reacts to changes.

The edge of the crater moves about 30 meters inland every year, the hole in the ground grows and grows.

"The erosion will continue," says researcher Opel, "it will not slow down either". 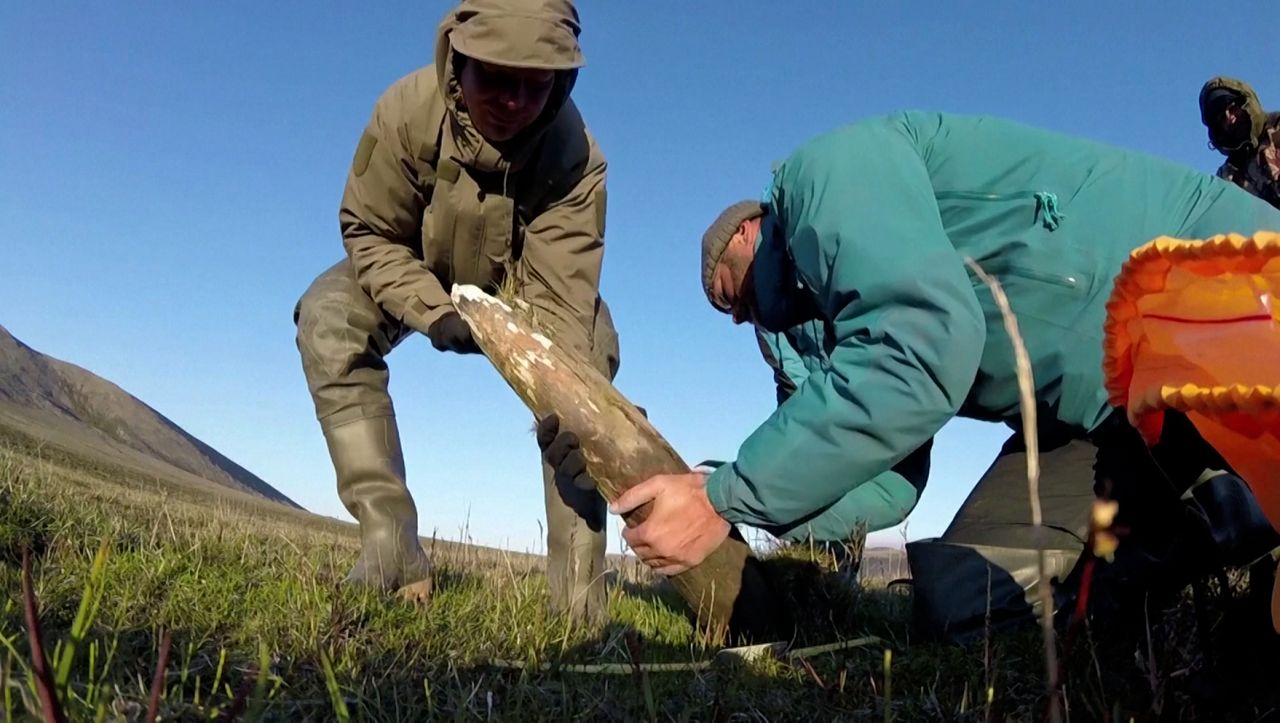 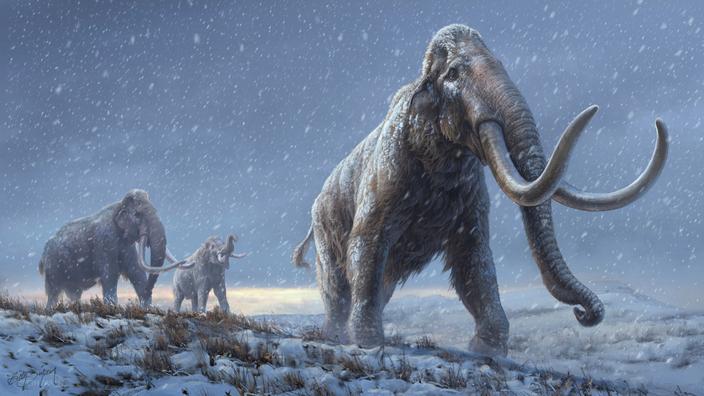 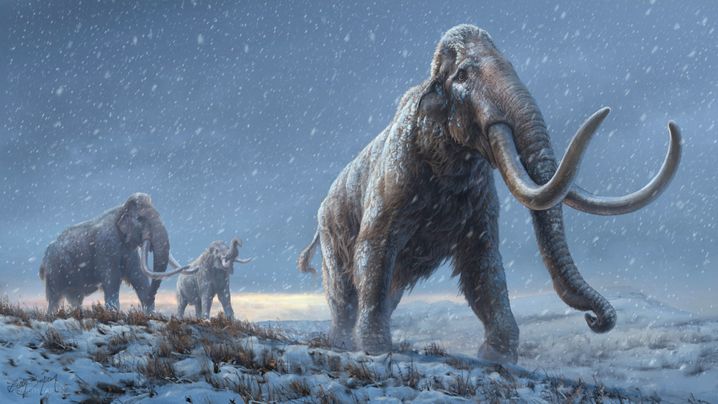 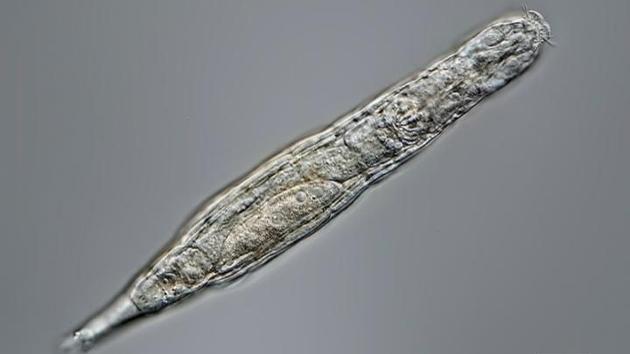 A microscopic animal resuscitated after 24,000 years in ice