The Lexus NX introduced in its second generation is based on a draft RAV4 and will for the first time also offer a plug-in hybrid version. He is coming to us in early 2022

The new Lexus NX: For the first time also with a plug-in

As before, the Lexus NX will be the spearhead of luxury brand activity in Europe, unlike before it is now equipped with a plug-in hybrid power unit and aligns with its rivals

In the beginning Lexus had the RX and everything went well, their main market was America and in America you mostly sell size for a dollar.

But when Lexus entered Europe in 2007 they discovered that they had a gap in models - in fact they were left unanswered by the group of smaller Jeeps that were dominant in the old continent.

The answer came only in 2014 with the introduction of the compact NX Jeep based on the Rav 4 and also offering a hybrid version that became a hit.

With a low center of gravity and when it is wider than before, the NX comes with a promise to contribute to the dynamic capabilities (Photo: Manufacturer's website)

The one that has grown significantly is the wheelbase with 269 cm (3 cm more than before).

In the cabin the Lexus did a real favor when it finally gave up its impossible touchpad.

In its place it puts a multimedia screen that ranges from 9.8 inches in the entry-level version to a size of 14 inches.

Other innovations for Lexus are the voice operating system and the ability to control the air conditioning and the degree of charge of the battery from the app.

The long list of safety equipment is also partly improved compared to the outgoing generation and partly completely new - assistance for steering in emergency maneuvering, warning of a vehicle in a "dead zone" and warning of opening a door in such a situation, automatic braking in cross-traffic detection and more.

Digital dashboard and multimedia screen up to 14 inches in size (Photo: Manufacturer's website)

Toyota's TNGA-K platform serves as its base, identical to that of the current Toyota Rav4.

The outgoing generation was also based on the previous Rav4, and then it got hybrid propulsion from it.

But today it is no longer enough when at least some of its competitors have already entered the worlds of electricity or are on their way there - and this time his trick in propulsion is the plug-in version.

It's called the NX450h and it has a 2.5-liter engine that delivers together with two electric motors (one for the front wheels and one for the rear that create dual propulsion), a combined figure of 306 hp, acceleration to 100 km / h in less than 6 seconds and 18.1 kt batteries. Q. The declared electric capacities are 63 km before the entry of the gasoline engine and a maximum electric speed of 135 km / h. The gearbox is continuous.

As before, a hybrid version called the NX350h will be offered with a power of 242 hp (an improvement of 42 hp compared to the outgoing generation), which shortens the jump to 100 km / h to 7.7 seconds (1.5 seconds less than before). The propulsion in this version It is a front and here too a continuous gearbox is used.The

2.5 liter uncharged engine and 2.4 turbo will be offered in Eastern European and US markets and will not arrive in Israel.The

two versions intended for Israel, the hybrid and the rechargeable hybrid are expected to arrive here in early 2022. 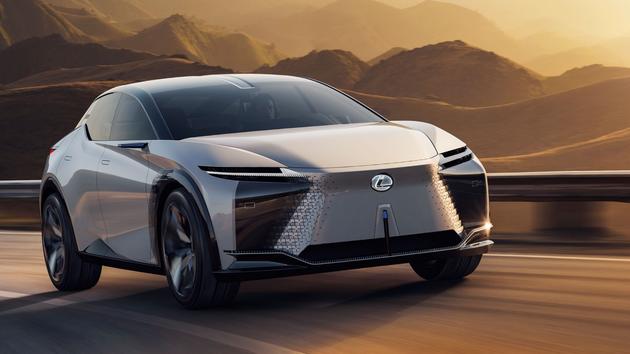