According to the virologist Drosten, Germany is currently not making fast enough progress with vaccination. In the US, new infections are increasing particularly in areas with a low vaccination rate. The overview. 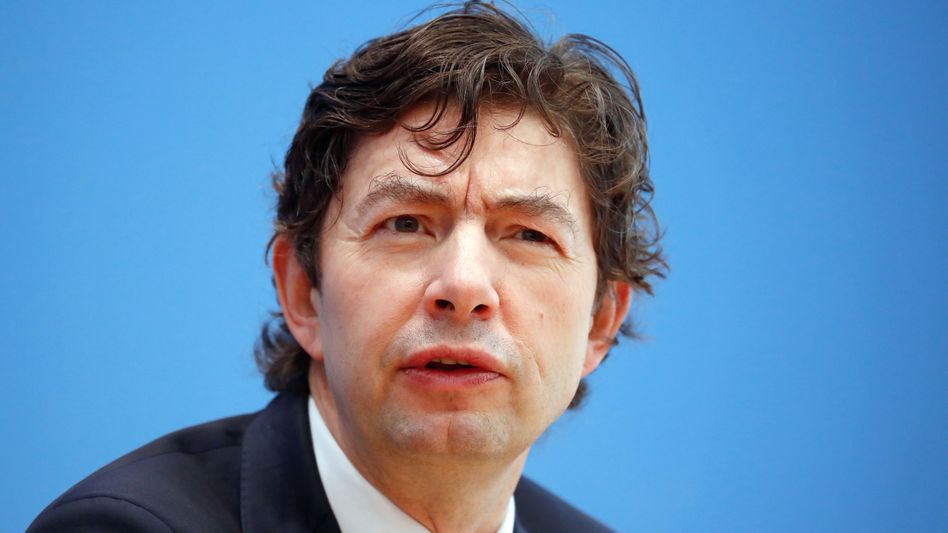 The blog is continuously updated.

For the latest developments and the most important background information, subscribe to our

Spain as a possible

Reports that the federal government may want to classify the corona hotspot Spain as a high incidence area are causing concerns on Mallorca. "This decision will mainly be made by Mallorca and the rest of the islands (Balearic Islands)," wrote the newspaper "Última Hora" on Friday. "That would be another blow to tourism," fears the newspaper "Diario de Mallorca". Because anyone who has not been fully vaccinated or has not recovered from Corona has to be in quarantine for ten days when returning from a high-incidence area to Germany, which can only be shortened after five days with a negative test.

This particularly affects younger vacationers, many of whom have not yet been vaccinated. But even fully vaccinated parents could get into trouble if their children had to be in quarantine for at least five days after returning from their Mallorca vacation instead of being allowed to go to the after-school care center or kindergarten. The Funke media group reported on Thursday that the federal government wanted to declare Spain and the Netherlands to be corona high incidence areas this Friday.

Since the end of June, the corona numbers have skyrocketed practically everywhere in Spain. The country has one of the worst values ​​in all of Europe. Around 475,000 new infections were counted within a month, the seven-day incidence rose from 42 in June to 333 now, well above the 200 mark above which Germany can declare a country to be a high-incidence area. In Mallorca, the value was recently even 365.

The tourism industry had hoped for a much stronger business recovery this summer because of the ongoing vaccination campaign.

In normal times, tourism contributes more than twelve percent to the Spanish gross domestic product (GDP), on the Balearic Islands, which include Mallorca, Menorca, Ibiza and Formentera, and on the Canary Islands it is even around 35 percent.

The industry secures hundreds of thousands of jobs.

In the USA, the number of new corona infections recorded in one day continues to increase. Authorities reported 56,069 new cases on Thursday, according to data from Johns Hopkins University (JHU) in Baltimore on Friday morning (CEST). That is about 27,600 more than exactly a week ago. The number of deaths with a confirmed corona infection rose in a weekly comparison from 283 to 330. The previous highs were recorded on January 2 with 300,462 new infections and on January 12 with 4461 deaths.

As the government's corona coordinator, Jeff Zients, announced in a press conference on Thursday, the number of new infections is rising particularly sharply in parts of the country with a lower vaccination rate. Currently, the states of Florida, Texas, and Missouri, which had fewer vaccinations nationwide, account for around 40 percent of all new cases in the United States. According to estimates by the CDC health authority, the particularly contagious Delta variant is now responsible for around 83 percent of all infections recorded in the country.

In the country with around 330 million inhabitants, almost 34.3 million people have so far been infected with the Sars-CoV-2 pathogen, and more than 610,000 people have died.

Measured in absolute terms - but not relative to population - that is more than in any other country in the world.

So far, according to CDC data, more than 56 percent of people in the USA have received at least the first vaccination, and just under 49 percent are fully vaccinated.

The Johns Hopkins website is updated regularly and therefore shows a higher level than the official figures from the World Health Organization (WHO) or the CDC.

In some cases, the numbers - including those of new infections within 24 hours, but also those of the dead - are updated retrospectively.

The Robert Koch Institute (RKI) reports 2089 new positive tests. That is 633 more than on Friday a week ago, when 1456 new infections were reported. The seven-day incidence continues to rise to 13.2 from 12.2 the previous day. The value indicates how many people per 100,000 inhabitants have been infected with the corona virus in the past seven days. 34 other people died related to the virus. This increases the number of reported deaths to 91,492 within 24 hours. In total, more than 3.75 million corona tests have so far been positive in Germany.

According to the RKI, the increase in the seven-day incidence in Germany has so far mainly been observed in people between the ages of 15 and 34.

While the values ​​in the groups aged 60 and over changed only minimally and at a very low level in the past few weeks, the RKI recorded relatively strong increases for younger people.

This emerges from a weekly Covid-19 management report that the RKI recently presented on Thursdays.

In view of increasing corona incidences and the spread of the highly contagious Delta variant, the President of the German Medical Association, Klaus Reinhardt, calls for more protective measures for students at the beginning of the new school year.

As Reinhardt tells the newspapers of the Funke Mediengruppe according to the preliminary report, the aim must be to enable daily tests before the start of lessons.

In this way, one could reduce the infection dynamics and avoid changing lessons.

Reinhardt suggests the use of easy-to-perform, so-called lolly tests.

These should be made available to all students across the board.

Intensive care physicians want to increase the rate of vaccination

calling for an increase in the vaccination rate in order to better control a fourth wave with the highly contagious Delta variant.

“The most important thing is that as many as possible get fully vaccinated.

This is our most effective remedy for the pandemic.

This is the only way to weaken the fourth wave, "says the President of the German Interdisciplinary Association for Intensive Care and Emergency Medicine (DIVI), Gernot Marx, according to a preliminary report in the newspapers of the Funke media group.

In order to be prepared against the delta wave, a vaccination rate of 85 percent is necessary.

Marx is concerned because around ten million people in Germany are not fully vaccinated and 32 million are not vaccinated at all. 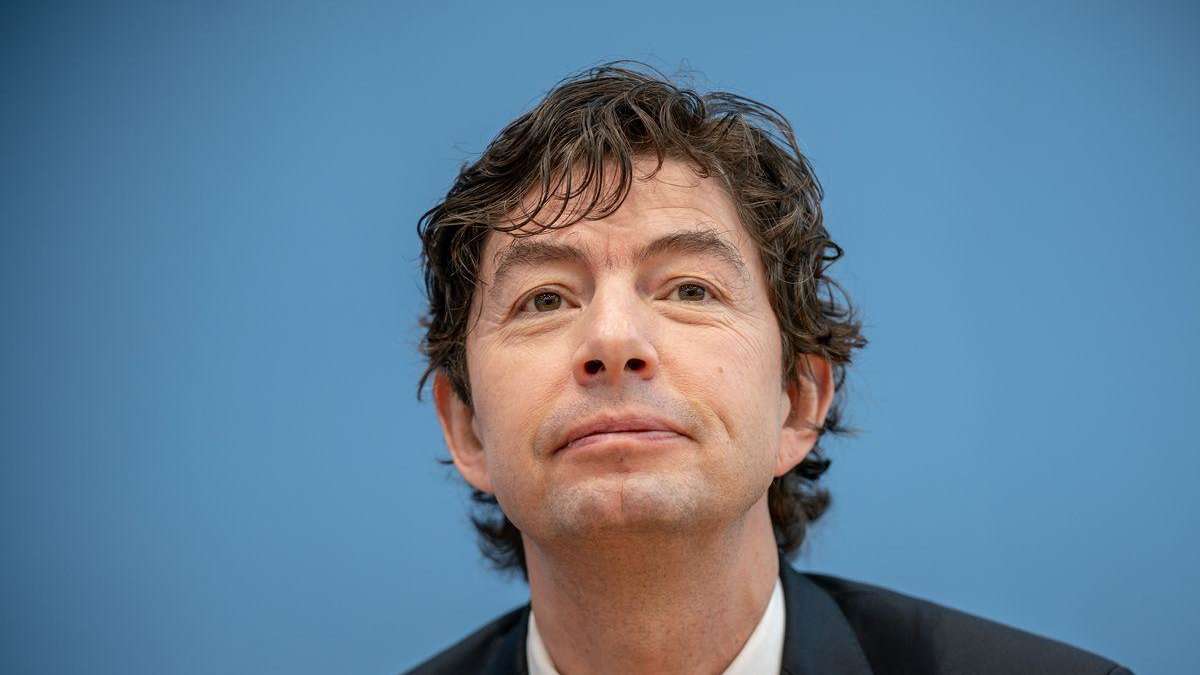 Drosten fears "painful interventions" in winter and urges: "This reduces the probability ..." 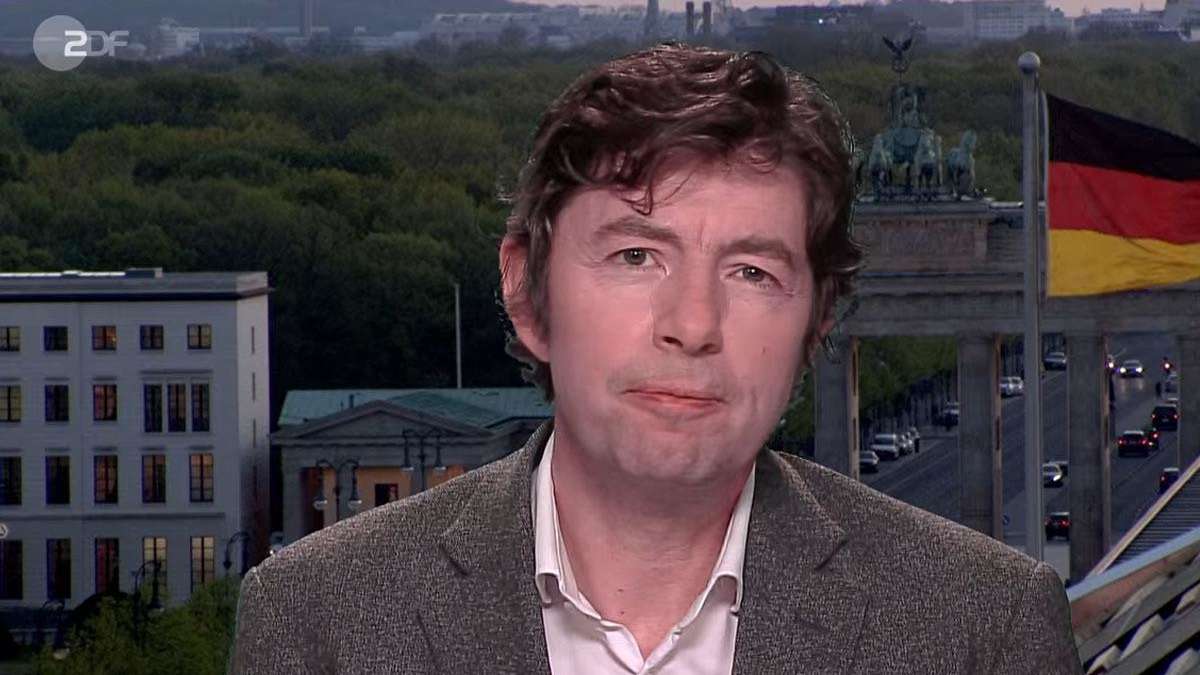