After a year and a half of Corona removing him from the stages, Eviatar Banai returned to the Tel Aviv Hall of Culture. All the tickets were sold out in advance, without much noise, and the result was a love show, when the combination with Tamir Muscat also made Banai's classics sound new and fresh.

Let change grow: Eviatar Banai survived the corona to embrace us all

After a year and a half of Corona removing him from the stages, Eviatar Banai returned to the Tel Aviv Hall of Culture.

All the tickets were sold out in advance, without much noise, and the result was a love show, when the combination with Tamir Muscat also made Banai's classics sound new and fresh.

On the eve of Rosh Hashanah, Eviatar Banai appeared on the "Great Land" program in his own role. At the culmination of the sketch, which jokingly described the phenomenon of home performances during the Corona period, Banai broke the fourth wall and addressed the audience. "Did you laugh, did you enjoy? Now a word seriously," Banai told viewers of the satire program, "Here is my number for booking shows, this is really my number. You have a yard, I have a guitar. You have a small balcony, I have a small guitar." The real phone number of Banai's agent appeared on the screen.

A lot of hearts shrank in front of that screen, and although Banai was quick to make it clear on social media that it was all a joke ("I probably told it too seriously"), the sketch created a discourse around the state of the entertainment and art industry during the Corona era. The year 2020 has taken from us the pure beauty of living art. The connection between artist and audience. The familiar words that emanate from a skilled throat, and each time surprising anew. The exact chords, which sometimes become improvised. The year 2021 brought with it a correction, even if late. A lot of good music came out this year. Many artists returned to the stage, removing rust in front of their audience in an authentic way. It still does not feel normal to be in a show with a mask on the face, but in moments when fatigue passes and the light rises, we are reminded not to be afraid of fear - and choose to reconnect to sounds we are almost used to hearing from afar.

That joke from the last day of 2020 felt so irrelevant when all the tickets for Eviatar Banai's show at the Tel Aviv Hall of Culture ran out a week ago.

Without too much media noise.

No promise for special guests.

No massive promotion, no marketing, no promotions at Rami Levy or workers' committees.

A simple combination of a loyal audience, a renewable creation and a lot of mutual love.

It's time to find out: Do you really need to "eat for two" during pregnancy?

Do not be afraid of fear.

The most exciting moment of the show was not "alive" at all.

An old duet by Meir and Eviatar for "With You in the World" was projected on the screens in the auditorium.

Both are young, almost children, without a skullcap and tassels.

A little brother who gets excited to sing with a big brother, and looks at him with tremendous love

And Eviatar Banai's renewed work has never been more fascinating. After a year and a half of a plague that kept us all off the stage, and one corona disease that severely affected Eviatar himself, Banai returned with his most exposed and brave work since his conversion. "Life Begins to Play", his seventh album released in early June, is no longer an excellent collection of songs by Banai, but a journey that takes the listener deepest into the artist's personal and especially family life (yes, more than the very exposed and one-time first album) . Ironically, it is precisely this very personal work that is actually Banai's most collaborative work, with Tamir Muscat taking an active part not only in the unique production of the album, but also in some of the melodies.

The performance that accompanies the release of the album is also such an experience. Whether because of Corona's limitations, or strategic thinking, the album's songs were available to Banai's audience long before the show. and better this way. It could have been very painful to be exposed for the first time to a "song of compassion," which tells of the parting from Meir Banai, Eviatar's brother, in a live performance. Also "Mercy", "Until Love" and "Addicted" are actually songs that were already released even before the corona eruption, somewhere in 2019, and today feel like such a natural part of Banai's offensive arsenal.

Still, it took the show a while to take off. Maybe it's the audience that at the beginning of the show was still mummified with nose and mouth masks, but slowly began to rebel. Maybe it's the singer on stage, who really looks more excited than usual from the class. This is not Banai's first rodeo, but something in this show felt special to him. Like the album itself, in which his family members participate, the show was also marked by family. There was a song dedicated to his eldest son ("Children"), a song dedicated to his late brother ("Song of Compassion"), a cover of his cousin's song ("Send me an angel"), a song about his family history (Mercy ") and another perfect cover of Meir (" Do not leave here ") - all this while his wife, children, sisters and parents are in the audience.

The most exciting moment of the show was not "alive" at all.

An old duet by Meir and Eviatar for "With You in the World" was projected on the screens in the auditorium.

Both are young, almost children, without a skullcap and tassels.

A little brother who gets excited to sing with a big brother, and looks at him with tremendous love.

Many tears flowed in the hall at that moment.

We saw in this segment not only a great artist who walked away from us, but a kind of universal refinement of everything we love in music.

A show marked by love.

It was a show of love.

The day before Tu B'Av, who also happened to fall on the wedding day of Eviatar and his wife Ruth. Even within the blessed family of Banai, Eviatar continues to stand out as the family's love artist

After four songs that found the audience still a bit shocked by the fact that they are in Eviatar Banai's sold out performance, something has changed in the dynamics on stage. Muscat's production has eliminated some of the familiar intimacy of Banai's performances, and even if veteran fans take some time to get used to it, it's a change that only does good for all parties. Even the classics suddenly sound new and fresh. When Banai approached songs he had more PZM with them on stage like "Night Today Will Shine," "Dog Competition" or "Gifts," he couldn't take the smile off his face. It felt like he got to meet old friends, and everyone was healthy and happy - and somehow Look better than ever.

It was a show of love. The day before Tu B'Av, which also happened to fall on the wedding day of Eviatar and his wife Ruth. Even within the talented builder family, Eviatar continues to stand out as the family's love artist. Love in its purest sense. From what giving comes from following love - love comes from giving. "Eviatar Banai gives his all to his audience, with true modesty and not pious. This is evident in the dynamics between the audience and the singer, and even in the order of the songs.

The last two songs in the show, in the second encore, were generally devoted to the songs of others.

A puzzling choice on her face.

There were Assaf Amdursky's "Kochav" and Shalom Hanoch's "White Wedding" for dessert, who signed the evening.

How many artists who are able to sell out in the Hall of Culture will put their egos aside and keep two songs that are so identified with others at the end of the show?

And another creative artist with his own heavy guns like "Until Tomorrow," "I Have a Chance" or "Fathers and Sons" (which was not performed at all).

Just then, as he sang the words of others, Banai stepped off the stage and wandered among the occupants of the hall.

Looks like he survived the corona to hug us all.

First in, first out.

Anyone who follows Banai's career has already noticed the FIFO method (the first to enter is the first to exit) that he uses in determining the order of the songs.

And so, from Banai's first two albums, before repenting, only one song came to the show: "I Have a Chance."

Coincidentally or not, this is the song that won the most prominent participation of the audience, who sang with Banai all the lyrics.

It will take some time for the audience to start chanting the great "Addict" and "Girl Girl" from the new album, and it is possible that by then Banai will have moved on to his next synergistic project.

A completely different fruit, but from the same tree of love.

Everything has to be washed away: the tribute show to Meir Banai was exciting, but it hid a disturbing truth - Walla! culture 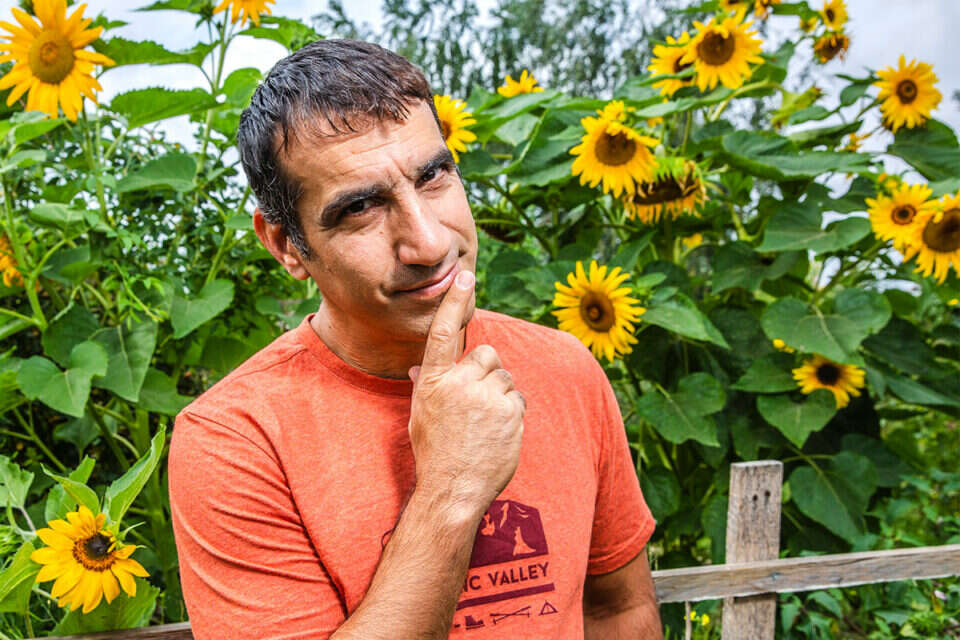 Uri the Builder: From Florence to "Nice Butterfly" | Israel today

Actress Orna Banai contracted Corona: "Feels good, but the sense of taste is not something" - Walla! culture

No one will forget him anymore: Ren Danker's new show is not perfect, but there is no limit to his potential - Walla! culture

Tribute to Meir Banai: In the Name of Love Israel today