David Laurie has been marked as one of the most interesting American directors of his generation, and perpetuates his status in the "Green Knight" in question. In an interview, he explains that the film's preoccupation with life and death is creepily close to the reality he experienced himself

Riding to Death: Director David Laurie for the film that almost cost him his life

David Laurie has been marked as one of the most interesting American directors of his generation, and perpetuates his status in the "Green Knight" in question.

In an interview, he explains that the film's preoccupation with life and death is creepily close to the reality he experienced himself

Trailer for the movie "The Green Knight" (Film Forum)

"The Green Knight," which premiered this past weekend, belongs to a particularly rare and wonderful type of film: ones in which so many different and weird things happen, that at some point you already forget what was in the beginning.

Still, we will try to remember and shorten. As its name implies, "The Green Knight" is based on a 14th-century poetic work about Gavin, King Arthur's reckless nephew, who never behaved properly to one of the crown contenders, but all that changes during a festive meal around the round table.

The same green and formidable knight comes to the place as the film is called, and challenges those present: If you are all as brave as you claim, rehabilitate one and play a game with me. The rules: I will let you land a blow on my bare neck, but whoever does will be asked to come visit me in a year, and receive one epic blow from me.

Gavin, in an attempt to finally prove that he is a true knight, accepts the deal, with everything he commits from it.

And so, a year later, he embarks on a journey to meet the Green Knight again.

Along the way, he will go through countless exciting experiences, which include encounters with giants and a talking fox, a hot sex scene, violent fights and many other situations that require him to reflect on courage, fear, passion and death.

You probably have not heard of it, but it's one of the great movies of the year

So many things happen that it's hard to remember what happened in the beginning.

Filmmaker David Laurie read "The Green Knight" during his college years, but forgot about this tale. He remembered it only two years ago, when he was working on a project that got stuck and was looking to write a less complicated script. "I asked myself, where can I find a simple story?", He told himself. "Then I said to myself - maybe I should do something about someone riding a horse and go on a journey, and I remembered 'The Green Knight'. I ordered a copy of it on Amazon, started reading it again and immediately started writing the script as well."

Laurie has established himself over the past decade as one of the most interesting and respected young artists working in American indie. He broke out with "Outlaw Lovers" and "Ghost Story," both starring Casey Affleck and Ronny Mara, and gave Robert Redford what would probably be his last major film role in "The Gentleman and the Gun." In the middle, he directed an unusual children's film, "Friends of the Dragon Elliott",And next year will see his most commercial project to date - an adaptation of "Peter Pan" by Disney.

He directed his new hit under the umbrella of A24, the young and cool studio that specializes in stylish films.

The film is reminiscent of "Midsummer", another product of theirs from recent years, and if you look at both of them you could even say that a new cinematic style was born here, a combination of folkloristic and hipster that can be defined as folklore hipster.

It is not said as a sting: Laurie has a great visual sense.

A pleasure to watch "The Green Knight", and apart from the style, it also has a lot of content.

In addition, the film is communicative and entertaining, but also artistic and challenging, including a 15-minute climactic moment that does not have a single word.

On top of all this, there are excellent acting performances, led by Alicia Vikander and the main star, Dov Patel.

We have already seen a lot of movies based on the legends of King Arthur, but this is the first time an actor of Indian descent plays the lead role.

Patel has already set a similar precedent this year in "The Personal History of David Copperfield," and here he does it again.

Through Mara: Our interview with Roni Mara

"I did not write the script with Dov in mind, but at the casting stage he broke out as the lead class," Laurie says in a phone interview with Walla! Culture on the occasion of the distribution of the film in Israel. "Although the film is based on a legend from centuries ago, it is important to me that my films show the world we live in today. Until a few years ago, we would not see someone like a bear in this role, and it is beautiful to me to take a classic and paint it in other colors. "Dov is the perfect knight and I could not cast a better person for the job."

The representation of the female characters in the story also tries to align with the year 2021. "There are all sorts of interpretations of the original work," Laurie says. "Some say she's one of the first examples of early feminist writing. I tried to emphasize that and make women even more dominant. I think every woman Gavin meets understands better than him what's going on."

I also read an interpretation that the whole movie is actually an allegory is about our dealing with death.

"For me, every movie I make is a way of dealing with my relationship with death."

Laurie, he said, thought he himself was going to die during the filming.

"We shot the film in Ireland, before the Corona," he recalled.

"The first half of the production was fun and pastoral, but then I got sick. I had a particularly cruel flu. Nowadays, with all the limitations there are, I had to leave the film, but at the time I stayed, and I do not understand how I managed not to collapse. It was a nightmare. I could hardly. "And I thought I was going to die. I said to myself - I might not get out of here, but at least there will be a movie.

Today, Laurie jokes with his doctors and critics, but the world itself is dying. "Over the years there have been many interpretations of the meaning of the color green in the classic original," says the director. "For me, it symbolizes nature, and the story is about the connection between nature and our civilization. I am very connected to it. The climate crisis worries me greatly, and it is a much bigger question than my life or yours or my death or yours. There is something powerful and something very beautiful about it. "One day, we will all be wiped off the face of the earth, but the earth will continue to move without us."

My favorite character in the movie is not human, but the talking fox.

"It was important to me to give a central role to an inhuman character, and the film expresses a lot of his ideas through the fox. There is a mention of the fox in the original, and I greatly increased his part in the film. I love talking foxes, whether in an animated film like Of Lars von Trier, and I wanted a talking fox of my own. "

As usual, the reviews pamper you and the grumbling Tomtos score is skyrocketing.

"I am very grateful for that. Both in the case of the previous films, and this time as well. I wrote reviews myself before I started directing and I love and appreciate the art of critique. However, I must admit that I do not read what is written about my films. I was happy to participate in the discourse "

Zvi Shissel was brought to rest: "Your name will remain here for years to come" - Walla! culture 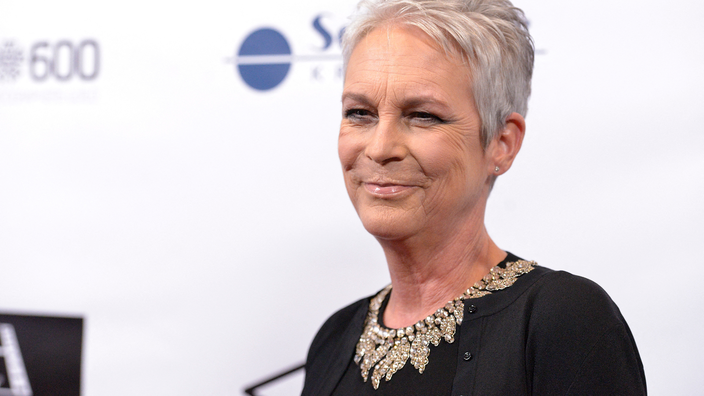 "The Knee" is a kick in the face - and a glorious farewell party from Israel - Walla! culture

Anthony Bourdain: The chef who survived the Second Lebanon War "came back to life", and his wife is furious - Walla! Food

April's plot: The embarrassing moments of the past month - Walla! culture