The heart is never wrong: Zehava Ben conquered Caesarea, but she does not really need it - Walla! culture

Zehava Ben Sara last night in Caesarea in three different languages, and in each of them she managed to penetrate the viewers' hearts in a different way. There was love for music, love for the audience and lots of mom love

The heart is never wrong: Zehava Ben conquered Caesarea, but she does not really need it

Zehava Ben Sara last night in Caesarea in three different languages, and in each of them she managed to penetrate the viewers' hearts in a different way.

There was love for music, love for the audience and lots of mom love.

And yet it should be emphasized: this is not an "exciting show" but a golden performance by a super-professional artist

In the mid-1980s, for one brief moment, oriental music found its way into the Israeli mainstream. After years of blatant institutional discrimination, one could open one of the major radio stations, and hear a hit with a rhythmic melody based on Darbukas, with a chorus in original Moroccan. Appropriately for those crooked days - this is done in a satirical song, in which an Ashkenazi singer performs an exaggerated Moroccan accent. The song "In the Bar" by Moti Giladi is not meant to hurt, but rather the opposite. He told the true story of a Jaffa waiter with a singing talent who was rejected by the radio stations because of his Moroccan accent. In retrospect this sounds like a cultural appropriation. A kind of Moroccan "black face". But the bottom line, if you ignore the irony, is Giladi, a sabra of Polish descent, who managed to bring to radio "Habibi Diali," the traditional hymn that every descendant knows to the Jews of Morocco.

35 years later, on stage in the mythological amphitheater in Caesarea (the hometown of Moti Giladi, among others) a singer of Oriental descent rises, and performs a long string in Moroccan. Thousands of Israelis join her in tremendous singing and spontaneous dancing. "Haili Eli Habibi Diali Fine Hava," they all sing, in a kind of uncontrollable feast. Not sure how many of them understand the meaning of the words, but everyone knows them. They heard the same exams, in funding or just on Friday morning at Grandma's house. Few manage not to dance.

Music is an emotion that overcomes petty human barriers like language.

Zehava Ben Sara last night (Tuesday) in Caesarea in three different languages, and in each of them she managed to penetrate the hearts of the viewers in a different way.

There was a love for music, a love for the audience and a lot of motherly love (because there is no love in the world like such love, as is well known).

And yet it should be emphasized: Zehava's show is not built on emotion.

This is not an "exciting show" but a golden performance by a super professional artist.

Her serving style is not compulsive and her manners are far from poppy and passionate.

Zehava did not let the spirits of Caesarea change her.

She did not become Shlomo Artzi overnight, it is doubtful that this will happen.

She conveys her love without unnecessary pomp.

Her love is expressed in the subtext of the choice of songs.

With the smiles stolen to the audience.

Thank you very much.

In the modest celebration of victory that shimmers in the corner of the eye.

"The hunger for success and recognition is behind us. Today we just come to enjoy"

It was a double victory.

On the one hand for Zehava herself, who did not hide her desire to perform in Caesarea on a variety of occasions, including on the popular screen of "Big Brother."

On the other hand, and no less important, it was a victory for her audience.

Not necessarily the people who come to performances by the kings of the genre, Eyal Golan or Omar Adam, but lovers of authentic oriental music.

Zehava Ben did not really have to fill Caesarea (three times in two weeks) to prove her place in the Israeli Music Hall of Fame, just as her audience did not need this performance to understand that the days of discrimination were over.

And yet, anyone looking for a victory picture, could have gotten one like this yesterday in Caesarea.

And that was one picture.

In the spectacular stand of the amphitheater in Caesarea were almost 4,000 Israelis, who clearly represent what Avishai Ben-Haim calls with racist sweetness (or rather sweetened racism): "Second Israel".

No less than 22 musicians (not including Zehava herself) performed on stage, performing the overture so identified with Umm Kultoum's "Inta Omri."

"Everything my eyes saw before they saw you was a waste of life," Zehava sang to the audience, in Arabic, over and over again.

"Eli Shufatu", thousands of Israelis sing with her in poetic Arabic in mutual prayer.

And it's so beautiful.

For a moment it really feels like a waste to hear any other song.

Too bad Zehava's version ends after less than six minutes.

Suddenly thousands of Israelis began to sing in poetic Arabic.

It was so beautiful.

At the age of 20, with talent and daring, and much more than a drop of luck, Zehava Ben found herself as the queen of oriental music lovers in Israel.

Legend has it that she could not walk in the area of ​​Tel Aviv Central Station because there was no Basta that did not play her cassette, which was estimated to have been distributed in hundreds of thousands of copies.

A successful duet with Ethniks and a movie starring her will make her a household name in every home in Israel within a few years.

Only now, at the age of 52, is she coming to Caesarea, to do a "V" on some glittering hostel.

Honestly, she did not need it, not only because her name is already big enough, but because Zehava's music and show just work better in more intimate halls, ones where Zehava can spread her love to all corners of the room.

This is not a devaluation, but a slightly different style of serving that adapts itself to the huge amphitheater, which makes her sin a little to her music.

And impossible without some gimmicks. The editor of "Big Brother" is invited to the stage and she dedicates to him "There are those who love me" while lots of strong hugs. Quite a few people in the audience are starting to cry in this segment (probably had to subscribe to Channel 26 to understand the true meaning of the whole scene). Liran Danino performs the role of Idan Raichel in "Such Love", and charms the audience by dedicating the song to a woman who died of cancer. And of course it is impossible without the son, a son, who takes the stage and is forced to model voices while his mother dedicates to him the dose of sugar that is "my life." Somehow, despite everything, the show does not degenerate into the mass districts, and Zehava manages to balance the "exciting" moments with a musical hinge that is all rooted in a love of sounds.

After a career full of ups and downs, Zehava Ben looks younger than ever.

The show's stylist manages to highlight not only the hits of all time, but also the wide musical range within which she moves lightly.

From the tragic "Katorna Masala", through the mesmerizing "Forbidden Love" to the cover to the rocking "Take Me" of the "Jews".

In how many performances can one see such a beautiful coexistence between Jews and Arabs?

In those moments, when the performance swept the audience into a pure musical celebration, “Conquest of Caesarea” felt more like a tool and less like a goal.

The first word that appears in the category of the musical genre in Zehava Ben's Wikipedia entry is "depression".

This erroneous catalog has accompanied Zehava for 33 years, since she broke out with the hit "Drop of Luck", which made her one of the singers most identified with the genre of whimpering Turkish music.

That is why it is so important to emphasize that Zehava's performance in Caesarea last night was the complete opposite of depression.

A kind of long and happy party, such that even the toughest ass-jumps (hello and cheers!) Will not be able to resist it and will start dancing while wearing light buttocks.

Wikipedia editors may need to reconsider the veteran singer's classification.

If there is one word that deserves to be next to Zehava Ben - the singer and the woman - it is the word "soul".

Having no choice, we are once again required to address the annoying issue of showtimes in the State of Israel.

Yes, there is no public transport here like in Europe.

Yes, to get to a show in Caesarea there is no choice but to travel by private car.

Yes, traffic jams and parking problems need to be considered.

Yes, working hours in Israel are annoying and long.

Everything is known, and yet, there is no excuse to justify the fact that a music performance will start in the middle of the week at 22:15 (45 minutes late from the time indicated on the ticket).

This means that the average viewer, the one who chose to stay until the end of the show (and does not live in Caesarea) will not be able to get home before one o’clock at night.

It also explains why in the masterful "Drop of Luck", half of the amphitheater was already empty.

Most viewers just preferred to cut, and you can understand them.

Most of them probably after a long day of work, and before another one like that.

An artist who really loves his fans, and Zehava Ben is definitely one of them, does not underestimate their time like that.

The heart is never wrong: Zehava Ben conquered Caesarea, but she does not really need it - Walla! culture

"Big Brother": Do not describe what happened yesterday. Priceless. Duty to watch. To the Pantheon - Walla! culture

At the closing party of the good old Land of Israel, Yehoram Gaon and the audience announced: Here we are - Walla! culture 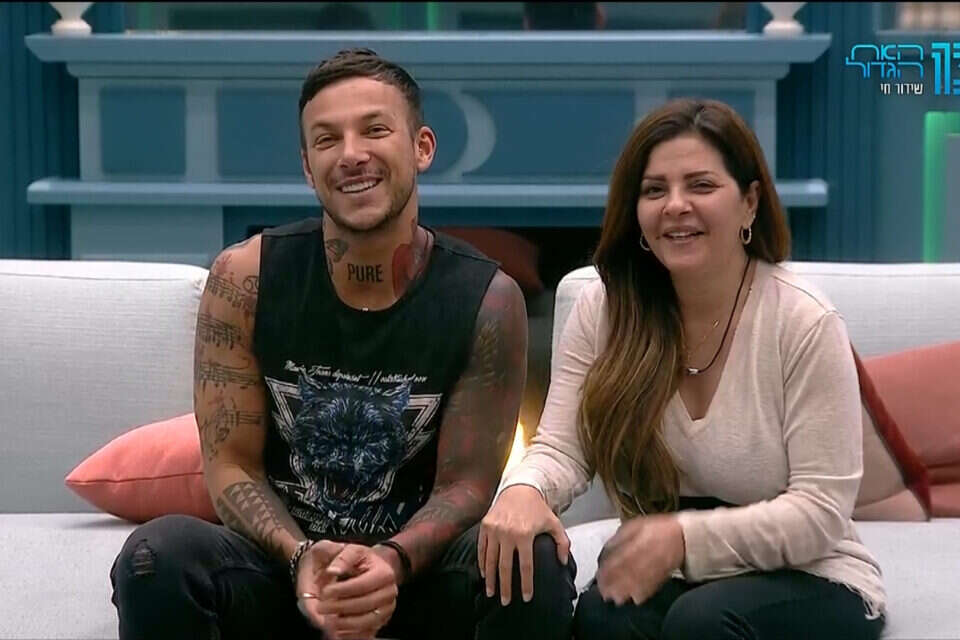 What made me this year? Zehava Ben's comeback Israel today 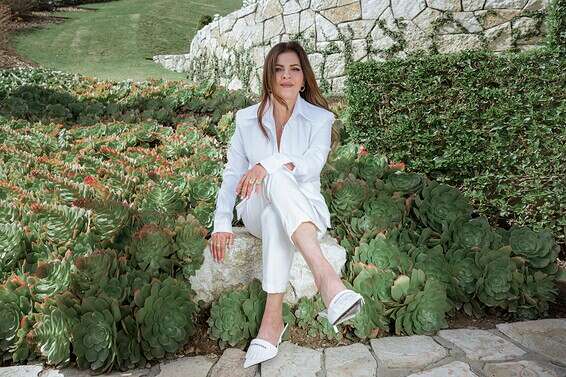 Everything has to be washed away: the tribute show to Meir Banai was exciting, but it hid a disturbing truth - Walla! culture