Haifa Film Festival, Rishon Lezion Music Festival and Yaron Festival at the Orna Porat Theater: Get the most worthwhile recommendations for family fun on the holiday of Sukkot

Movies, music and activities for children: Recommendations for spending the week of Sukkot

Haifa Film Festival, Rishon Lezion Music Festival and Yaron Festival at the Orna Porat Theater: Get the most worthwhile recommendations for family fun on the holiday of Sukkot

The Haifa International Film Festival, founded in 1983, is one of the most important film festivals in Israel.

This year, too, he will screen dozens of films over ten days in four halls from morning until midnight.

Alongside screenings, he will host outdoor events, shows and open screenings.

Most of the festival films are award winners and selected from the most important festivals in the world.

A festival not to be missed.

Across the city of Haifa

Not a graduation ceremony, but a start: Watch an exciting building demolition event

The festival will take place in Zichron Yaacov and at the same time in the virtual arena on the festival's website, and will host more than 110 films from Israel and the world, which will compete in award-winning categories: plot, docu and animation.

The film screenings, some of them premiered, will be held at the Alma Hotel and also at the First Aliya Museum, in the restored peasant courtyards, on the picturesque pedestrian zone of Zichron Yaacov, including a VR complex dedicated to virtual reality films.

The length of each film ranges from one minute to a maximum of 35 minutes, and the festival will feature a total of 25 hours of original content, including films from around the world.

Participation is free but conditional on pre-registration through the festival website.

The festival, which will be held on the week of Sukkot for the sixth year, will offer a long list of shows and original productions.

Among the performances at the festival: "Shimi Tavori Host" starring: Aviva Avidan, Adam and Nancy Brands;

"Our Song" - David Kribushi and Kobi Oshrat in a show with the great songs they wrote - featuring Shashi Keshet and a band of milk and honey;

"La Bohème" - a tribute show to Charles Aznavour hosted by Yoram Rotem, and more and more.

The dancers will perform in the open air with works by Noa Tzuk and Ehad Fischoff, Orly Portal and Lotem Regev.

The performances are suitable for the general public, adults and children and will take place in the indoor plaza of the Suzanne Dellal Center in Tel Aviv.

Acre Festival for another theater

The unique theater festival returns to the Knights' Halls and the public space of Acre, in accordance with the instructions of the Ministry of Health, after last year it took place in a virtual format following the Corona crisis.

The festival will feature hundreds of actors and performers, who will stage dozens of theater performances, street performances and new shows.

One of the plays that will be staged at the festival (Photo: Oshri Cohen Productions)

The festival will be held on Sukkot for the third year and this year will mark the launch of the Haim Guri Center for Culture at the Confederation House in Jerusalem.

The festival, under the artistic direction of Benjamin Shvili, will present various voices from world and Israeli literature over four days.

The Confederate House in Jerusalem

The Suzanne Dellal Center is launching a new duet show, during which five choreographers who have collaborated with artists from various fields will present their works.

The five duets will be presented in a 50-minute premiere to the general public as well as to an artistic committee.

One of the largest music festivals in Israel is starting this 33rd year with a magnificent artistic program.

Among other things, there will be a huge show for Natan Goshen where he will host Yishai Ribo and Amir Dadon;

Tislam will mark 40 years of the mythical "strong radio";

A tribute show to Oshik Levy to mark 60 years of creation, which will host Assaf Amdursky, Berry Sakharof, Gali Atari and Rivka Michaeli;

Marina Maximilian will host Shimon Busquila for the first time;

Amphi Live Park and the Hall of Culture in Rishon Lezion

Lunda around the world

The Be'er Sheva Museum will host activities on Sukkot called "Lunda Around the World" where families will learn, play and experience the countries through different cultures: country-related assignments will be scattered throughout the complexes, each child will receive a personal passport, young researchers will go on art workshops, etc.

The Orna Porat Theater for Children and Youth will hold the Yaron Festival (named after the paratrooper Yaron Yerushalmi) on the 21st of Sukkot at the Tel Aviv Museum of Art.

The festival will feature 24 plays for children and the whole family from the theater's rich repertoire, including two premieres and six new plays.

Also, during the festival there will be an outdoor happening that is free to enter.

The Museum of Illusions began as a unique project of two entrepreneurs from Croatia.

Its success soon became the largest private museum network in the world (currently numbering 36 museums around the world) and is considered one of the most fun attractions there is.

After tens of thousands have already visited the huge park in August, it continues to operate even during the holidays and until the end of the month.

You will see a variety of dinosaurs in a variety of sizes and learn about what was in the world millions of years ago.

Until the end of September

Thursday 23.9 will be dedicated to the Nahal band with a show featuring many of the stars of the Nahal bands over the years, including Shashi Keshet, Tuvia Tzafir, Alon Olarchik, Dafna Dekel, Shula Chen, Ofira Gloska, Gabi Amrani, Ephraim Shamir and more.

On Sunday, September 26, there will be a festive and one-time original show that is all songs created by the huge musician Yitzhak Klepter.

Throughout the day there will be activities related to his work and in the evening an original tribute show, "Directed Sound" with the best Israeli singers who will perform original performances of Klepter's songs.

The Eretz Israel Museum in Tel Aviv presents for the first time the Potumenta - a large-scale photography exhibition, which will be held once every five years, and which presents different perspectives of photographers and photographs from Mediterranean countries.

The exhibition displayed throughout the museum - in galleries, in various pavilions and in the archeological garden - is spread out like a sea map or as a fishing net. 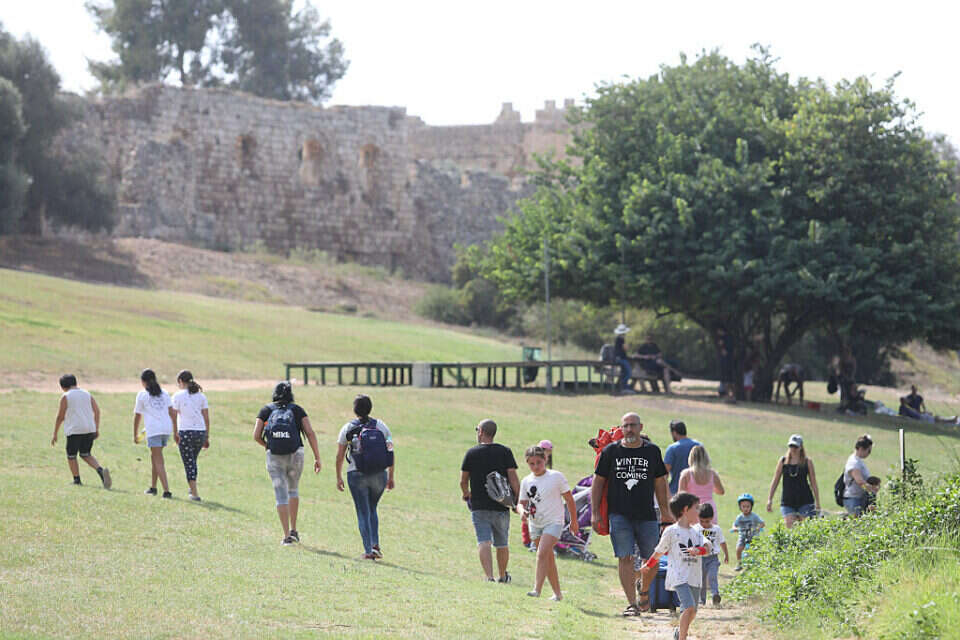