More breakthroughs are seen with the Johnson &amp; Johnson vaccine than with other vaccines. This could be due to lower antibody levels. Nevertheless, the remedy protects well against severe courses. 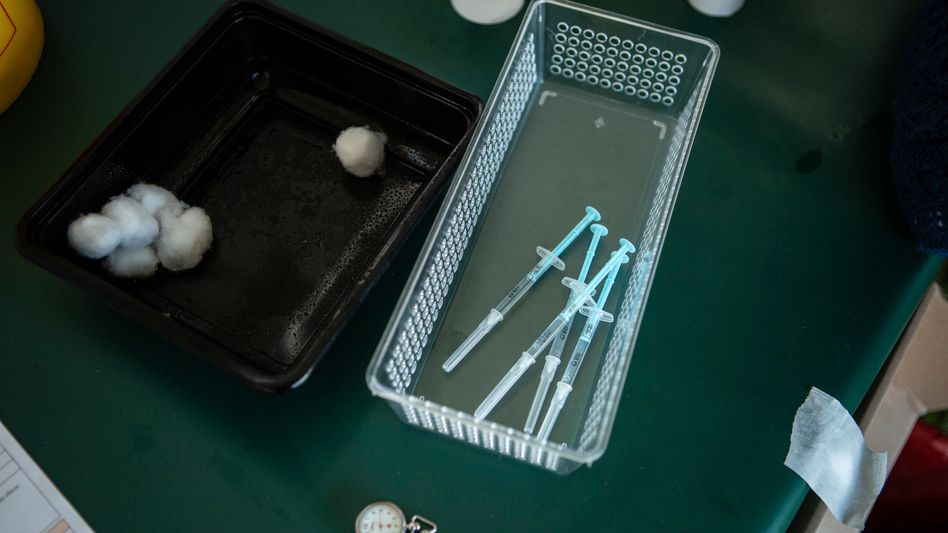 In the case of the Johnson & Johnson vaccine, more breakthroughs are apparently observed.

So far, in 6,106 cases people have fallen ill despite complete vaccination protection through the agent, writes the Robert Koch Institute (RKI) in its current weekly report.

According to the RKI, a good three million people have received a Johnson & Johnson vaccination so far.

For every million people vaccinated, there would be a rough estimate of 2000 vaccination breakthroughs.

For comparison: For people who received the vaccine from Biontech / Pfizer most frequently used in Germany as a second dose, these figures show around 675 breakthroughs per million fully vaccinated.

The vaccine from Johnson & Johnson is the only corona vaccine approved so far in the EU that, according to the EU Medicines Agency (Ema), only requires one dose for complete vaccination protection.

The vaccine has therefore been increasingly used in recent months for people who are difficult to reach for a second vaccination - for example when mobile vaccination teams are deployed to immunize the homeless or people in socially disadvantaged areas.

In Germany, the vaccine is recommended by the Standing Vaccination Commission (Stiko) only for people over 60 years of age.

After this vaccination, it takes longer than after the mRNA vaccinations until sufficient antibodies have formed, said Carsten Watzl, Secretary General of the German Society for Immunology, the German Press Agency.

"Sometimes the levels are still rising more than a month after the vaccination."

Since the antibody levels are well below those generated by the other vaccines, the protection against corona infection after the Janssen vaccination appears to be significantly worse, said Watzl. However, the vaccine does protect against severe corona disease, he emphasized.

It is anything but surprising that a single dose of such a vaccine only triggers protection for a limited period of time, said Stiko member Christian Bogdan of the dpa. The vaccination breakthroughs are on the one hand due to the one-dose vaccination scheme - and only for this the company has so far been approved, says Bogdan. On the other hand, the over-60s, in whom the vaccine is primarily used in Germany due to its side-effect profile, again developed a lower and less long-lasting immune response after vaccination compared to young people. The third factor is the highly infectious Delta variant.

With a view to the burgeoning discussion as to whether a second vaccination dose should therefore be recommended or prescribed, Stiko member Bogdan explains that the company is currently carrying out studies on vaccination with the vaccine in a two-dose scheme.

Published results in peer-reviewed journals are not yet available.

Other countries are also reporting increasing numbers of vaccination breakthroughs with Johnson & Johnson.

Hospitals in Marseille and Tours reported, for example, that a striking number of vaccinated people in the intensive care unit had received the preparation from Johnson & Johnson.

As of Tuesday, there were four out of eleven consignees in Marseille and three out of nine in Tours.

Overall, around 32 of a million people vaccinated with the preparation in France have been infected with Covid-19 since vaccinations with the Johnson & Johnson vaccine began at the end of April.

France's drug authority speaks in this context of “vaccination failure”.

The number is potentially a signal.

In the 17 cases in which the virus variant is known, people were infected with Delta, a report said.

In Germany a total of 39,228 probable vaccine breakthroughs with a reporting date since the fifth calendar week were identified, of which 25,767 after a completed series of vaccinations with the vaccine from Biontech / Pfizer, 6106 with that from Johnson & Johnson, 2875 with the agent from AstraZeneca, 1748 with that from Moderna, 1,571 with a combination of Biontech and AstraZeneca and 279 with a combination of Moderna and AstraZeneca. The last two combinations mentioned are also known colloquially as "cross vaccinations". In a further 882 vaccination breakthroughs, there was no information about the vaccine.

A spokeswoman for the pharmaceutical company Johnson & Johnson said that no corona vaccine can currently prevent infections 100 percent. "However, our approved Covid-19 vaccine as a single dose has been shown to help reduce the risk of infection and prevent severe courses," she said. For the single-dose vaccination from Johnson & Johnson, data indicated a robust and long-lasting effect over a period of eight months measured so far - also against Delta and other virus variants.

A vaccination breakthrough is a symptomatic infection despite a complete vaccination.

Since no vaccine is perfect, vaccination never works 100 percent.

Nevertheless, the RKI weekly report also shows that the vast majority of people who become seriously ill are not vaccinated.

For the period of the last four weeks, the estimated protection against hospitalization is around 96 percent (in the age group 18 to 59 years) and around 95 for those over 60 years of age.

The RKI specifies the protection against treatment in the intensive care unit for the age group of 18 to 59 year olds with 97 percent and for the over 60 year olds with around 95 percent. 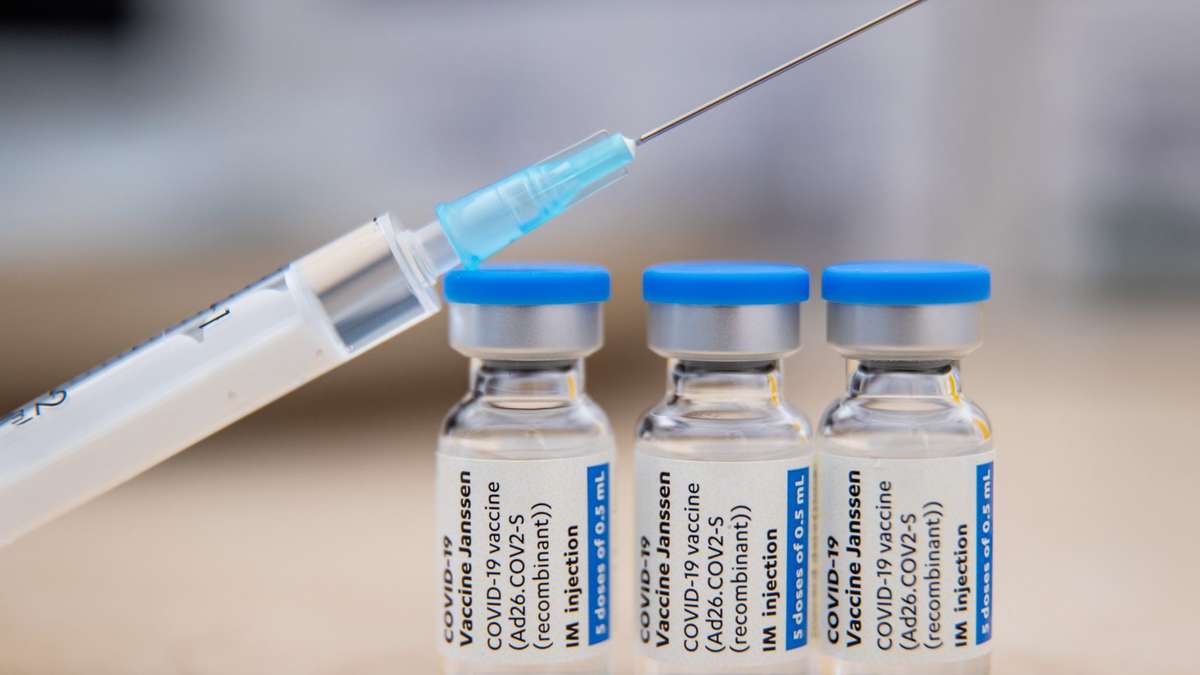 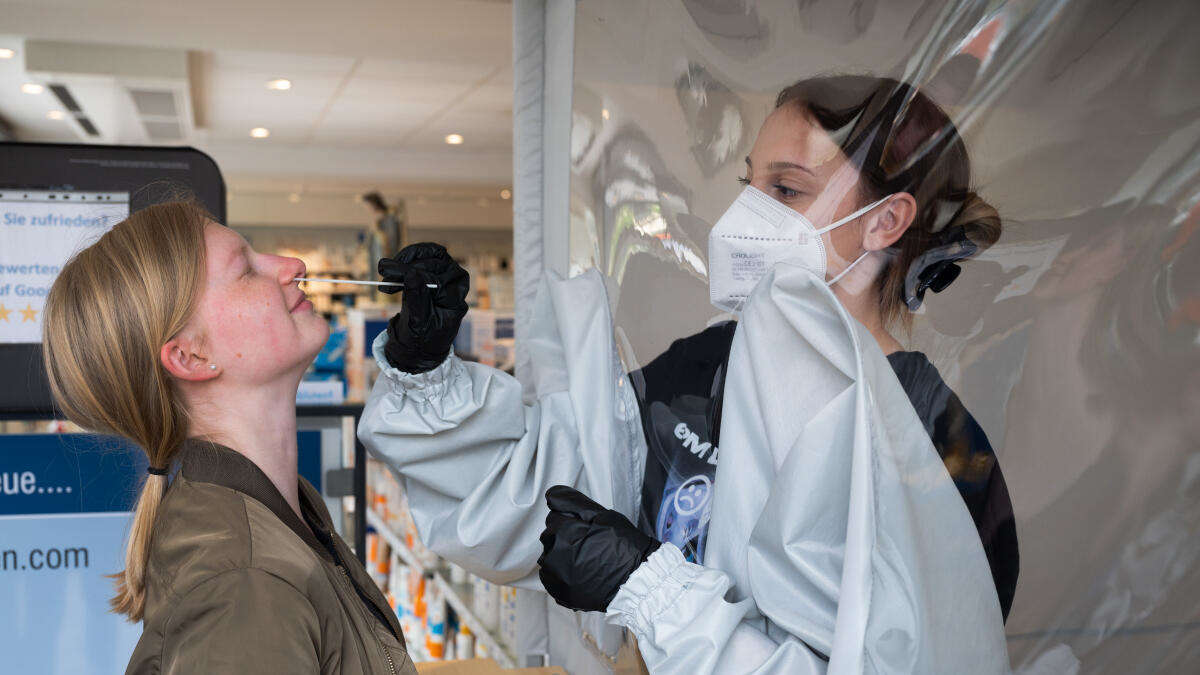