For decades, Isaac Asimov's "Mossad" series of books was considered a work that could not be adapted to the screen. The new series of Apple TV Plus does make quite a few changes that can overwhelm the ardent fans, but captures the original spirit in an exciting and fascinating way

Mental Accounts: The "Foundation" series is a spectacular television achievement in every sense

For decades, Isaac Asimov's "Mossad" series of books was considered a work that could not be adapted to the screen.

The new series of Apple TV Plus does make quite a few changes that can overwhelm the ardent fans, but captures the original spirit in an exciting and fascinating way

Trailer for the "The Foundation" series (Apple TV Plus)

So much could have gone wrong with Apple TV's television adaptation of the greatest and most influential science-fiction epic in the genre's history, one that every space creation that came after it inevitably asked of it. Isaac Asimov's "Foundation" began as a sequel in a science fiction magazine in the 1940s, and a decade later merged into what in Hebrew was called "The Heavenly Institution" - a trilogy of books about humanity in tens of thousands of years, with one empire ruling thousands of worlds across the galaxy . The trilogy later expanded to seven books, and was eventually combined with another series of works by Asimov - The Robots - which created a detailed futuristic world whose plot spans a thousand years and includes dozens of characters.

All of this may sound distant and inconceivable, but even though the head of the "institution" hovers between distant stars, his feet are planted in recognizable ground, over time. Religion, technology, culture, economy, lust for power - the author describes how all of these play a role when humanity is in times of crucial political crisis. No wonder these elements are familiar: Asimov's inspiration was the history book "The Decline and Fall of the Roman Empire" by Edward Gibbon from the 18th century, and the history of the fall of the great empire we have seen several times since, including probably in our day. History repeats itself and will continue to repeat.

The scope and detail of "The Institution" - as mentioned, a complex plot that dominates the millennium - made it a kind of Hollywood unicorn, a work that everyone knows can not be processed into a screen.

And yet Apple TV Plus does just that.

Today (Friday) the opening two episodes of the adaptation, out of the ten episodes of the first season, starring Jared Harris ("Chernobyl", "Meter Man") and Lee Pace ("Burned Code") are coming up.

The series was created and directed by David S. Guyer, who on the one hand co-wrote the acclaimed "Dark Knight" trilogy, and on the other hand also for the infamous "Batman vs. Superman".

History repeats itself and will continue to repeat.

She is then summoned to the planet Trentor - the "Eye of the Empire", as it is called by the rulers - to serve as a research assistant to the most famous scientist in the galaxy, Harry Seldon (Harris).

Seldon devised a mathematical theory called "psychohistory," which he claims is able to predict the future based on predicting the behavior of large groups of people, provided the group is composed of masses of individuals.

Based on this theory, the scientist predicts that not only will the empire - which has existed for 12,000 years - be expected to crash in a few hundred years, but that humanity will fall into dark and barbaric Middle Ages that will last for tens of thousands of years.

According to Seldon, it is not possible to prevent the fall of the empire, but it is possible to shorten the gloomy period that followed to a thousand years, by establishing an "institution" that will store all human knowledge.

Presumably, the theory makes the mathematician assigned in the eyes of the rulers - three emperors called "Dawn", "Day" (played by Pace) and "Twilight" (Trans Man, "Sense 8"), according to their age.

Meanwhile, moments after she meets Seldon for the first time, it becomes clear to Gail that she, too, gets into this mess, and that Harry actually hid large parts of the truth from her.

Changes on the way to the screen.

Lou Lubel in the role of Gail, who was originally a white man, "The Mossad" (Photo: Walla !, screenshot)

In an adaptation like this to a work that seemingly cannot be converted, it is inevitable to create something that will not cling to the original but will be inspired by it, and indeed, converts Friedman from quite a few elements on the way to the screen. Some of the differences are minor, like characters whose gender, racism and age are different than in books. Many other elements are completely different - plots have been changed, some characters gain more volume and others are pushed to the margins, and if the source is careful to follow ordinary people in historical circumstances that happen in the future, the adaptation allows some characters to stand out with slightly different abilities.

One of Guerrero's smartest choices is that despite the decades that separate the events the series describes, "The Institution" anchors us through the use of the same characters and actors.

To this end, the series presents several creative solutions: body preservation during a decades-long journey around the galaxy, a hologram (which appears in the original, but in a different way), a centuries-old robot, and the smartest of all: a clone.

The emperors of the empire are in fact the same person who is replicated over and over again, a unequivocal symbol of stagnation and treading in the place of the whole empire, the one that will bring about its destruction.

No doubt some of the differences may overwhelm book fans, but the truth is that the changes infuse quite a bit of interest and are responsible for some of the most exciting developments throughout the first season (all episodes of which have been sent for review).

In the end, the innovations also do not take over the central ideas and philosophy of Asimov, but even build on them.

The "brothers" the emperors, Lee Pace in the center, the "Mossad" (Photo: Apple TV Plus)

"Math is never just numbers," says one of the characters in the second chapter. "When words fail us, we use mathematics to describe what cannot be explained. The things that frighten us most of all: the spaces of space, the form of time, the weight and value of the human soul."

Mathematical vision is ostensibly an essential, if not fundamental, part of the series. But as always in statistics, the cold scientific appearance hides behind it truths and small stories that make up a great truth. Harry Seldon himself emphasizes that psychohistory predicts the movement of an entire population, but has no idea what the individuals within it will do. These are exactly the complexes within which the "institution" operates - always focusing on the "little ones" who lead the change, matching the human instincts and their heroes to the crises of fate and the embraces of the galaxy. In this way, almost every twist in the plot, and the series is full of them, is also a moment that details some emotion, and sometimes really grabs the guts.

The design of the series also serves this idea: the three-dimensional figures are composed of dots projected into the air, and even the murals in the palace are created by grains of color that allow art to move.

This is a wise visual vision in a series in which most of the designs are impressive, the sets are spectacular, the world it describes is meticulous and the entire production is expensive and ambitious, but unlike the work on which it is based - all this is not particularly original.

In a kind of poetic irony, the idea that history always repeats itself is also expressed in this aspect: works like "Star Wars," which would not have existed had it not been for "The Institution," created the visual pattern that the new adaptation now uses as inspiration.

A Native Piece of Life, a Marvel Twist and Funny Murders: A Review of New Series

The events at Terminus are more interesting at first.

It takes the series some time to get started. Probably impossible otherwise, since it is required to build an entire universe and launch an intricate plot. The shuffle is noticeable at the beginning, especially when it comes to emperors - the scenes with them are full of pathos, and lag behind the events concerning the establishment of the "institution" on the remote planet Terminus, which is thousands of light-years away. Even so, as the season progresses, it becomes more and more fascinating and exciting on all its fronts.

In fact, sometime starting halfway through, the stories of the emperors are responsible for some of the most beautiful and thought-provoking scenes in the series. Their relationship is fascinating: since they are basically the same man at different ages, the dynamic between them is a kind of constant confrontation of a man with himself, and they are all an echo of the original emperor who died hundreds of years before. Moreover, in their own eyes, they literally embody the empire - even their title is "Empire" and not "Emperor" as is customary - so the calculations of their place against each other, are also a mental account of their very rule and prophecy of rage Of Harry Seldon. This is a clever and in-depth approach, which illustrates how well the "Mossad" series updates the source to a different medium.

Guyer says he already has a route for the entire series and he counts 80 episodes.

He already knows what the end will look like, what will happen to the characters and so on.

Funny to wonder what a child day when dealing with a series based on a theory like psychohistory (and who knows what empires will fall by the wayside).

But whether "The Institution" becomes a huge success that will yield eight seasons, or whether the amount of audience will not justify such a massive investment in additional episodes - the first season is an impressive, and sometimes wonderful, creative achievement in itself.

Eddie Delek: The second season of "Into the Night" is stepping on the spot, literally - Walla! culture

It's important to watch "American Crime: Monica Lewinsky" Despite Its Many Problems - Walla! culture 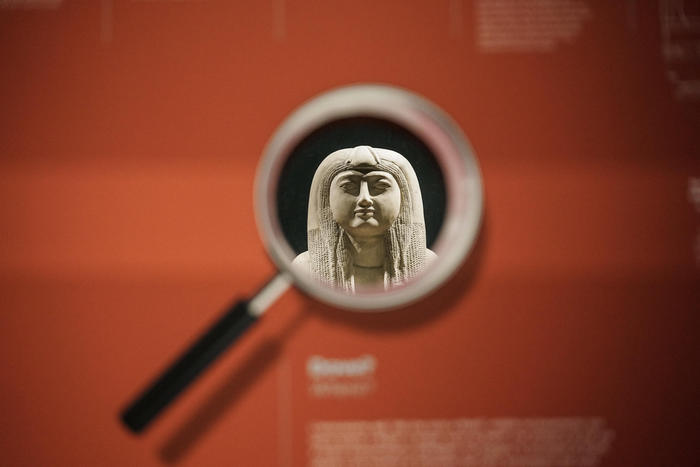 The museums reopen, from the Egyptian to the Civic ones of Venice 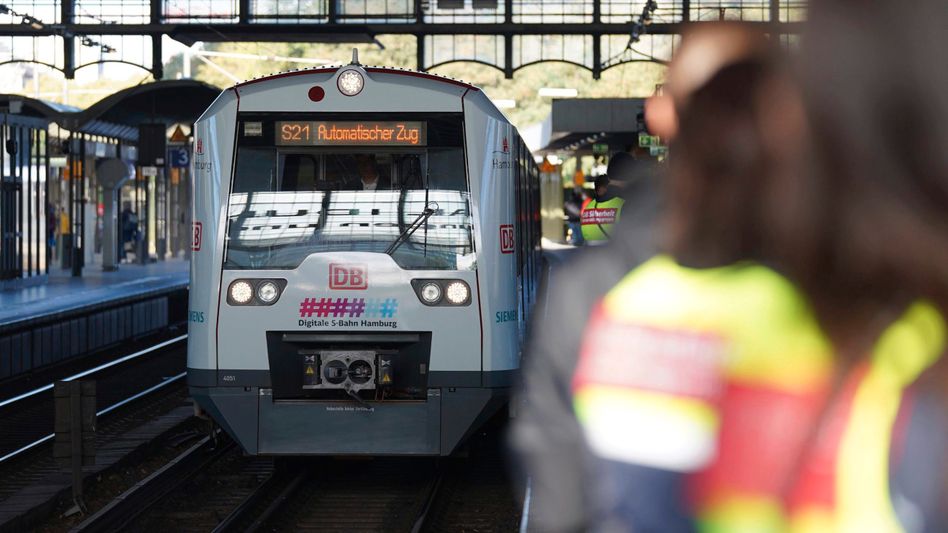