The base is French, the branding is German, but the market is Israeli. Opel Mocha joins competition in the Jeep market. We drove the 1.2 liter petrol version, it is not cheap but it has an interesting offer

The newcomer to the small crossover parade is the Opel Mocha.

It is attractive, different, with a German appeal, and a shine that is not just in the logo.

But how is he in our road test?

Remember Opel? Decades ago they roamed here in quantities, Cadet, Ascona and others, but the changes this manufacturer went through along with the changes in the local market pushed it aside and off our roads. A supply of models that was not attractive, uncompetitive prices, branding that failed to position it as a Volkswagen counterpart as it is perceived in its home market for example, import franchise changes, their loading to vehicle fleets and these are just our problems. In the world, under the management of General Motors in the less efficient and brilliant years of this concern, the German manufacturer was emptied of content until it depreciated and was sold "on weight" to the PSA concern which later became Stalantis. Here under "New Management" this brand intends to rebuild itself, this time - how symbolic in light of its logo as one that will focus on electric vehicles from 2028.

On the way there, it will offer electric alternatives to its models, as in the case of the Mocha, offered in petrol and all-in-one tram.This time we go out for the first time out of the two.

Opel's new look, on the way to an electric manufacturer (Photo: Keinan Cohen)

The Opel Mokka is not exactly a new car in the world. Since it was officially introduced as early as July 2020, and yet, the exterior design manages to stand out above the masses of Jeeps. Maybe because at this point he is the new kid in the class, maybe because the opaque front in the "language" of car design today means mostly electricity, it could be the glossy panel across, also for the "opal" color scheme of the black hood on the test car and color that is not the parade The faded white-gray-black of the cars on the roads. Overall, it is a tool that is very easy to like in its appearance, it received a lot of attention during the test days.

Quite a bit of the multicolor and this style also reaches the cabin. In terms of appearance, it accumulates points with a combination of textures and interesting materials such as "carbon fiber" in front of the passenger seat, the color frame around the multimedia screen and the side air vents and seats that also combine the color in the upholstery. Some of this score is offset with the use of black plastic piano that looks luxurious and inviting.But mostly invites fingerprints and dust.

The opaque "grill" will be one of the manufacturer's hallmarks (Photo: Keinan Cohen)

He passes the human engineering test with a very good overall score.

Maybe it's the German insistence on usability over gimmicks, but the bottom line is unlike its French platform brother, there are clear and accessible physical controls for the audio, menus and air conditioning (single-zone climate control, don't let the two temperature dials confuse you) and it makes them very easy to navigate And operation.

The visibility is good and its square hood clearly shows where the vehicle ended up.

The seats also get a good score for comfort, space and body support as well as for their wide directional range.

The asterisk here is about storage compartments in the driver's environment, they are generally fine for the car in its dimensions, but when placing the laptop on the wireless charging pad, the business is reduced to two cup holders, a small compartment and not easily accessible between seats, at least those in good sized doors.

The exterior style is also present in the colorful cabin (Photo: Keinan Cohen)

Compared to the quality of the materials in the front, the ones in the back seat are of the hard and simple plastic type, it does make life easy when you can move a wipe over them after the kids, but a sense of richness?

The space is reasonable for a car from his community, but this is not the excellent legroom we encountered in the Brno Capture for example.

The exterior design heightens rear windows that are limited in size, though less so than its sibling to the Peugeot 2008 platform.

Offering 350 liters in the trunk and a simple and patent-free structure for storage, hanging, fixing and a high load threshold it is not shiny and closer to the small competitors in its group.

The space behind is not one of the best in his group (Photo: Keinan Cohen)

Mocha arrives in Israel in three trim levels, ELEGANCE which is the entry level, GS LINE which is the one that is tested and is characterized by sporty features and the most equipped ULTIMATE. The equipment list is very nice already at the base, control of the gears from the steering wheel, selection of driving modes, full LED lighting, peripheral parking sensors, keyless entry and drive, two USB sockets in the back and more. At the level of finish examined, you get what the Opel calls the pure panel. The rest of the cosmetic additions are mainly - combined upholstery in leather-like, 18-inch rims, finishes with a carbon fiber look, a black finish for the symbols and grille, a roof and mirrors in black and more. The black hood is an additional payment of NIS 1,000, even non-white paint involves a payment of NIS 1,500.

The list of safety systems is also impressive, and is the same at all trim levels.

Automatic braking, correction of deviation from the lane, including keeping the center of the lane, warning a vehicle in a "dead zone", identifying speed signs, including a combination of the speed limit in the adaptive cruise control accordingly, and more.

The trunk with 350 liters, the loading threshold is high (Photo: Keinan Cohen)

The propulsion of the petrol version of the Opel Moka is made by the 1.2-liter three-cylinder turbo engine of the concern, you will find it in a variety of models of the group - from Super Mini to 5008. The different engine sound and vigorous character are also here, the Moka And good flexibility, even with his 130 horses at a weight of 1,328 kg he can by no means be called "strong", and yet, 23.4 kg are such as one can sense his carrying capacity, in a way that is not necessarily reflected in the official data. The power is transmitted by an 8-speed planetary gearbox that is slow to respond in its normal state and works much better in sport mode. Either way at slow speed and at low gears it is less smooth than other planetary gearboxes. I learned to turn off the standing engine bleeding system immediately when moving the car, it wakes the car with an unpleasant tremor and sound and if these are not enough she also tends to do it in the most inappropriate moments,As in slow arrival to a traffic circle or before leaping to a junction after slowing down.

Road behavior is good, even fun as long as you do not overdo it (Photo: Ronen Topelberg)

The ride comfort in it is very good, good in urban comfort, good out of town and also the noise insulation is also found to be very good - all this despite the exaggerated and unnecessary 18-inch rims for a car of its kind. Along with the comfort of the seats you get a vehicle that despite its modest dimensions and belonging to the group of small crossovers can certainly meet driving tasks even for long distances without dramas. His road manners have a certain duality, treat him calmly and calmly and the business moves very well and pleasantly. But when you load it too much or just perform a steering correction in the middle of a turn, you discover a less tight side of it, with an occasional small oversteer that is immediately restrained by the stability control. This is nice for fans of the genre on the one hand, but on the other hand may surprise those who do not expect it. Not that it's really important in these cars, but for the sake of protocol - the response of the steering wheel is not uniform, it does not respond immediately to its reference and then we will be fast at once. as mentioned,As long as it is done gradually and smoothly it also grips nicely and knows how to handle a not bad winding road and yes, it can be said that it is quite enjoyable to drive within its natural limits.

Fuel consumption at the end of the test days was 13.7 km per liter, not bad at all in the driving conditions they included.

Design turns heads, and not just because he is the new kid in the class (Photo: Keinan Cohen)

While the new Opel Mocha uses a familiar base, which we have already encountered in the past in terms of platform and propulsion systems, it is much more than just a duplication of another model Stalantis.

It's the first time Opel has had a chance to return to being a relevant player in the local market, because it offers what a lot of customers in its category want and it's tons of style in its exterior appearance, different from all others, with an equally designed driver environment, uncompromisingly equipped with safety systems His.

And he even has a likable character in his road manners.

The thing is, and this is not really a compliment this time - that he will mainly suit customers seeking this variety and style, because in the practical tests of usability he really does not compare to the good ones in his group.

Not in the size of the back seat or the space in it, not in the entrance and exit to it and not in its trunk - so among the customers who are looking for a family replacement it will not really meet the needs.

And while the price of its entry level is still in the competitive range of 133 thousand shekels, in this version, at 137 thousand shekels (before the additions of the test car) it is already at the prices of the intermediate finish levels of excellent competitors like Skoda Kamic, Renault Capture and Peugeot 2008, which may be less colorful than it but as a practical choice surpass it.

Bottom line - we are very happy about an addition like Mocha to the local offering, and it also promotes an important image for this company, but at this price, if you are looking for value for money and usability there are better choices from it.

There is nothing to do with the previous mocha, which is a big compliment (Photo: Keinan Cohen)

On the technical side: Opel Mokka (1.2 liters, petrol)

Opel Moka in Israel: All the details and prices - Walla! vehicle 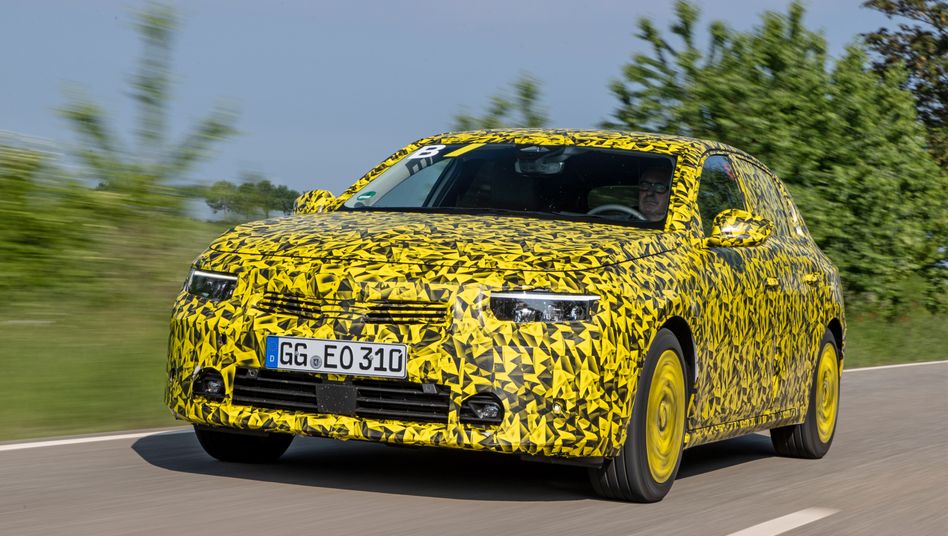 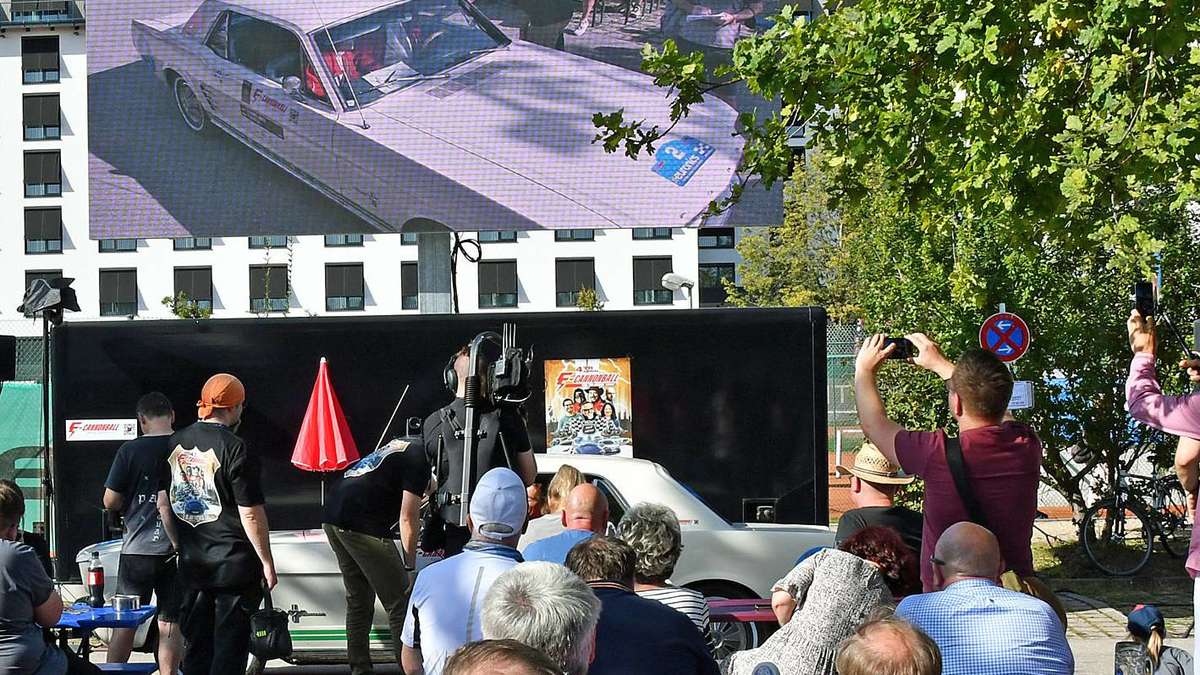 Big station for the power guzzlers 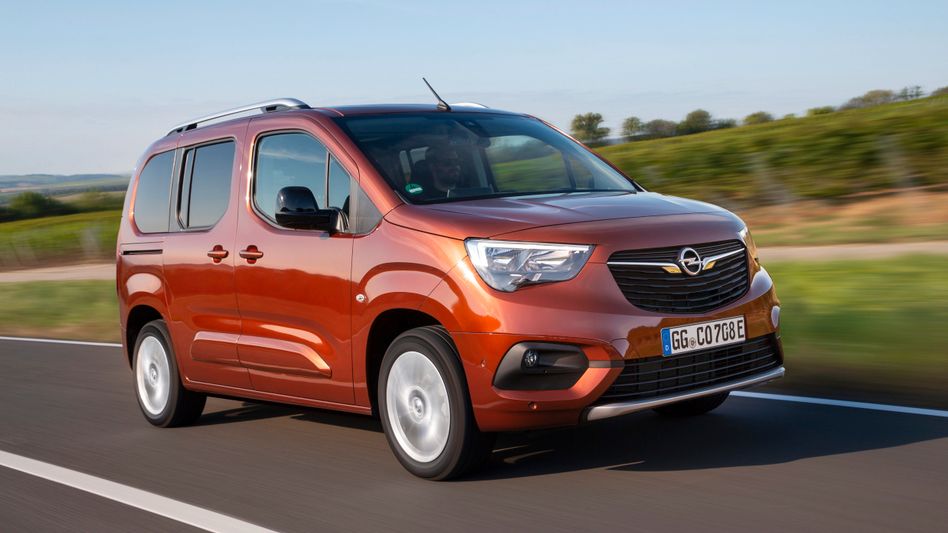 Opel Combo-e: Family van with plenty of space in the test