Repair instead of throwing it away: the feeling of triumph when the toaster works again

Apple wants to make it easier for screwdrivers to repair iPhones. Wolfgang Heckl from the Deutsches Museum in Munich is delighted. For him, repairing is the recipe for a sustainable - and happy - life. 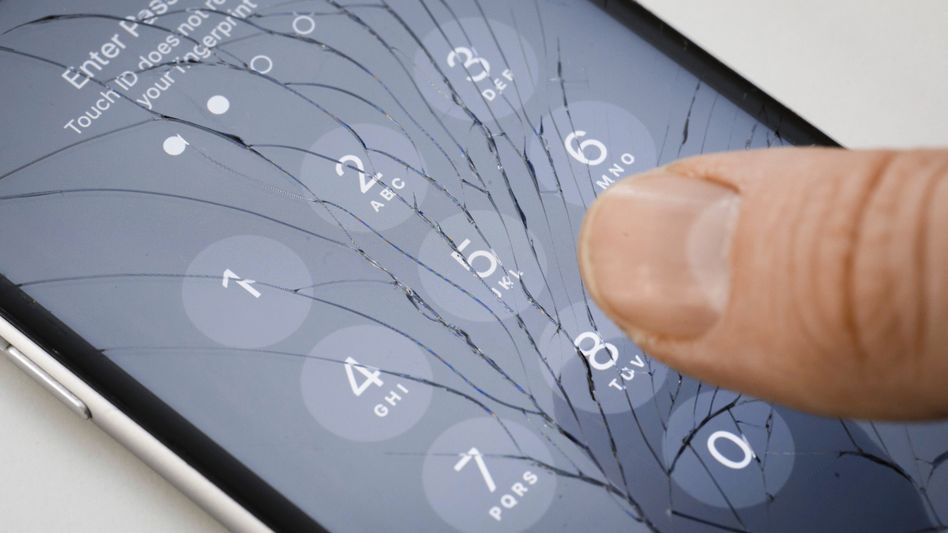 So far, Apple has made it difficult to repair its devices.

Access to original spare parts could become easier from next year.

Is this a major breakthrough for customers who want to repair their devices themselves?

Replacing wear parts such as the screen or battery unfortunately remains difficult, especially with cell phones, and not only at Apple.

Often the parts are not screwed but glued together, and special tools are often required.

This is intended to urge customers to buy a new device instead of repairing the old one, which is otherwise still fully functional.

But with today's wages, repairs are often not worthwhile.

The Bitkom association is therefore reluctant to oppose repair laws.

That is often too short-sighted.

Sure, if I buy a coffee machine for 9.90 euros, it's not worth repairing and stocking up on spare parts.

But that's not sustainable, you shouldn't buy such a device in the first place.

For the past 20,000 years, mankind has always looked to longevity.

And did quite well with it.

But for a generation we have suddenly been relying on disposable devices.

Now we see the side effects: Many raw materials are becoming scarce, rare earths for example.

Because of our throw-away mentality, we become unnecessarily dependent on countries like China, Vietnam, Brazil and Russia.

The new Ecodesign Directive has been in place in Europe since March 2021.

Wasn't it supposed to enforce the right to repair?

Yes, that is progress, but I do not see any great effect yet. The new government in Berlin still has some catching up to do here. Above all, however, this so-called Ecodesign Directive has so far only applied to devices with high energy consumption such as washing machines, refrigerators or televisions. For these large devices, manufacturers will have to keep spare parts in stock for longer and design them in such a way that they can be disassembled without being destroyed. I've been asking for that for many years. Now these principles should be extended to cell phones and other small devices.

The industry association Bitkom warns that you could get an electric shock in the process: "Incorrect opening of the devices also harbors security risks - especially with sensitive components such as the battery."

This scare-mongering is complete nonsense, because the voltage of these batteries does not exceed 40 volts and 30 milliamps, which is completely harmless to people.

Anyone with a basic understanding of electronics knows this, and so do the manufacturers.

When it comes to higher voltages, of course, you have to rely on professionals, be it in the repair cafe or with craftsmen.

But if you don't know what you're doing, you can do a lot wrong.

Oh, that's not so bad. Think of an electric toothbrush. My battery was broken once, I had to saw open the shaft to install a new battery. I demonstrated this in front of the camera on television, and then I received a call from a manufacturer: It was dangerous because the toothbrush battery could come into contact with water and saliva. Yes and? There used to be thousands of devices and toys that were screwed together to make them watertight; this is very easy with a sealing ring. In addition, the 1.5 volts of a battery are completely harmless, I sometimes put a battery on my tongue for fun to test whether it is charged, it tingles a little and tastes so sour, that's all. Who repairslearns critical thinking and is not so easily told nonsense by lobbyists.

Repairing might make sense, but is it also fun?

Many people are alienated from the objects they use, the throwaway society educates us to be helpless.

And the feeling of helplessness limits the ability to learn, as psychological experiments have shown.

Anyone who repairs experiences global impact.

First I need a hypothesis: Why doesn't the toaster work, is it the plug, is it the switch?

I have to use the exclusion principle and isolate the error.

Often we get into philosophizing about material cycles, social problems or the technology of the future.

And when the toaster works again - what a triumphant feeling with every slice of bread.

Repairing is seen as a lonely hobby for loners ...

Not at all, the Repair Cafés or Makerspaces are very sociable, you help each other, everyone brings what needs to be repaired, a vacuum cleaner, a coffee machine.

We have a lot of fun together.

The old people may still be familiar with carpentry and soldering, the young with programming, so you help each other and learn from each other.

The social experience promotes the realization that other problems can also be solved through cohesion.

What was your most recent experience of being happy at repairs?

I have a gramophone in the office.

A foot broke off, and I turned it with a lathe from 1923 and glued it back on.

What do you need for your repairs, do you do it at the kitchen table?

No, I have several workshops at home: in one I screw mechanics together, there I have drills, a welding machine and a lathe.

I plan on wood in another, and solder electronics in my study.

I also have a lot of spare parts, including a collection of over 10,000 different screws, nuts and small parts.

What do normal consumers do when they sit in a small rented apartment?

For most repairs, you don't need much more than a screwdriver and a little curiosity.

The decisive factor is rather that you don't let yourself be incapacitated, but just get started, at least with simple things.

What do you have to lose?

If a device is broken anyway, the worst part is that it stays broken.

And even in this case you learn to respect the inventor directly and get to know the technical innards.

Incidentally, we sometimes hold "tinkering courses" for children in the Deutsches Museum so that they can see for themselves which components a PC is made of, for example.

How does all of this fit together with the image of the Deutsches Museum as a temple of technical feasibility?

Yes, there used to be a certain

But you have to give the founder Oskar von Miller credit for having always attached great importance to the social issues of technology being the focus.

And this approach is more relevant today than ever.

Many visitors feel incapacitated by modern technology, they no longer understand how their computer works.

One thing is always clear: Nobody wants to go back to the Stone Age, we need specialized technologies.

Why isn't there a special exhibition on the subject of repairs in the Deutsches Museum so far?

That is exactly what we are planning.

We are currently renovating the house.

From May 2022 there will be the “Science Communication Lab” in the redesigned entrance area, where we will also offer visitors the opportunity to repair their own devices.

And even if the repair doesn't work out quickly, you've still learned something.

When I go to a museum, can I just bring my broken cell phone with me?

Yes, with pleasure to the hip workshops, we look forward to it.

With us you can try replacing a broken cell phone screen, unscrewing a broken mixer, or re-soldering a torn cable.

A lot of people let themselves be persuaded that repairs are life-threatening and that you can start a cable fire with it.

Our specialists on site therefore impart all the specialist knowledge that is needed.

What kind of Christmas present would you recommend as particularly sustainable?

The best gifts are things that you have to assemble yourself, no matter what.

There are wonderful kits, for example you can assemble a model car yourself with a solar cell, which enables the electrolysis of water and thus fills a fuel cell that converts the hydrogen into electrical energy, which then drives the electric motor and lets the car drive.

Or just a sundial, an airplane, a simple medium wave radio.

Because when you assemble things yourself, you also know how to fix them.

Tinkering means understanding technology, that is the beginning of every engineer.

What if I can't find a suitable kit for a child?

That doesn't matter, in this case I would just give tools as a gift.

Or even better: You can give away a joint visit to a repair café or fablab nearby.

You are giving more than just an object, but a shared experience, problem-solving skills, technological maturity.

Repairing is the future. 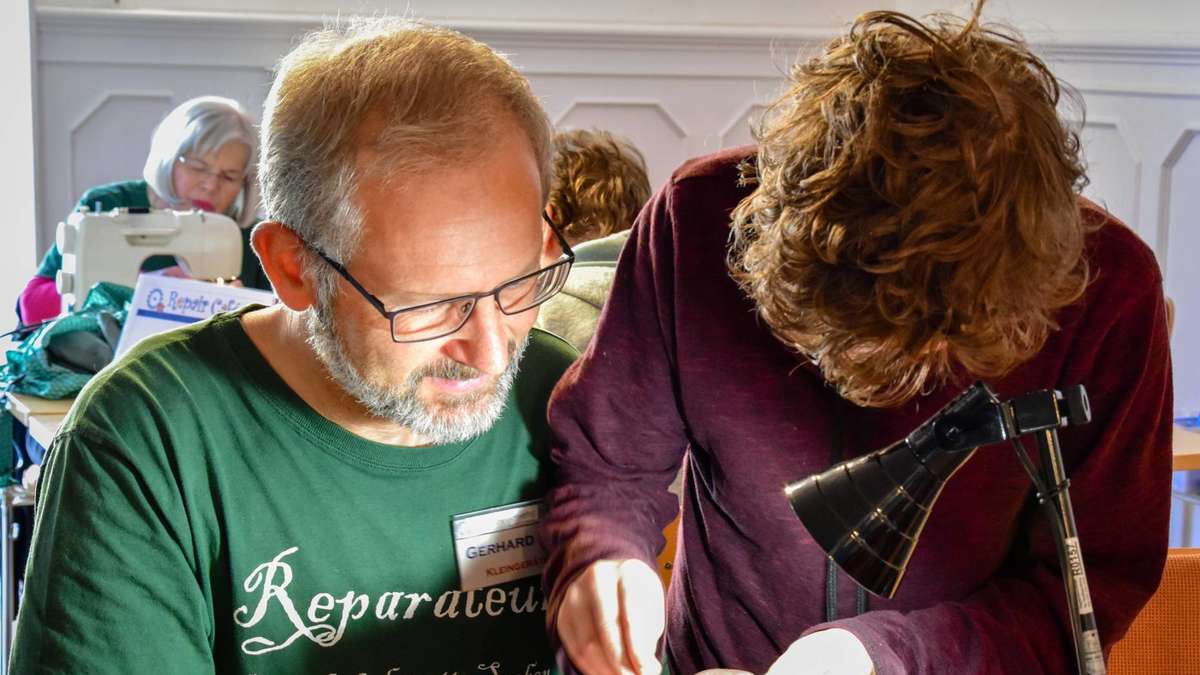 Repair instead of throwing it away: the feeling of triumph when the toaster works again 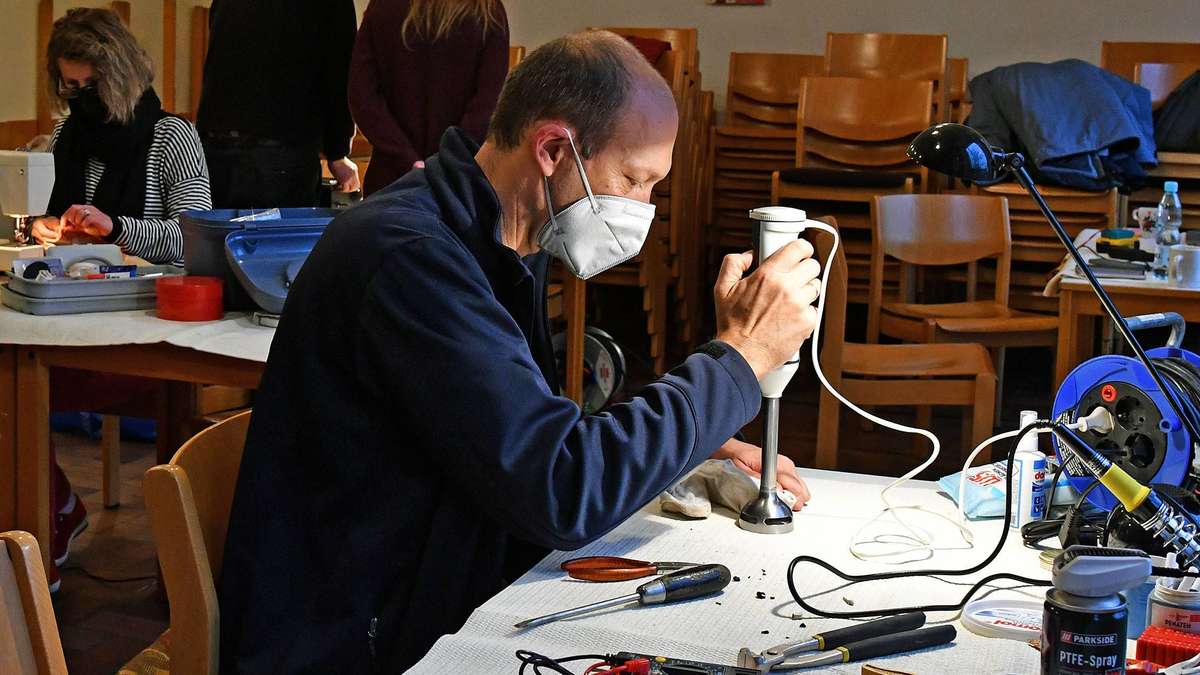 Soldering, screwing, tinkering: a visit to the Garching Repair Café Toaster: the best models in comparison

Consumer advocates want the right to repairs as quickly as possible These foods are surprisingly easy to freeze&nbsp;

These foods are surprisingly easy to freeze&nbsp; 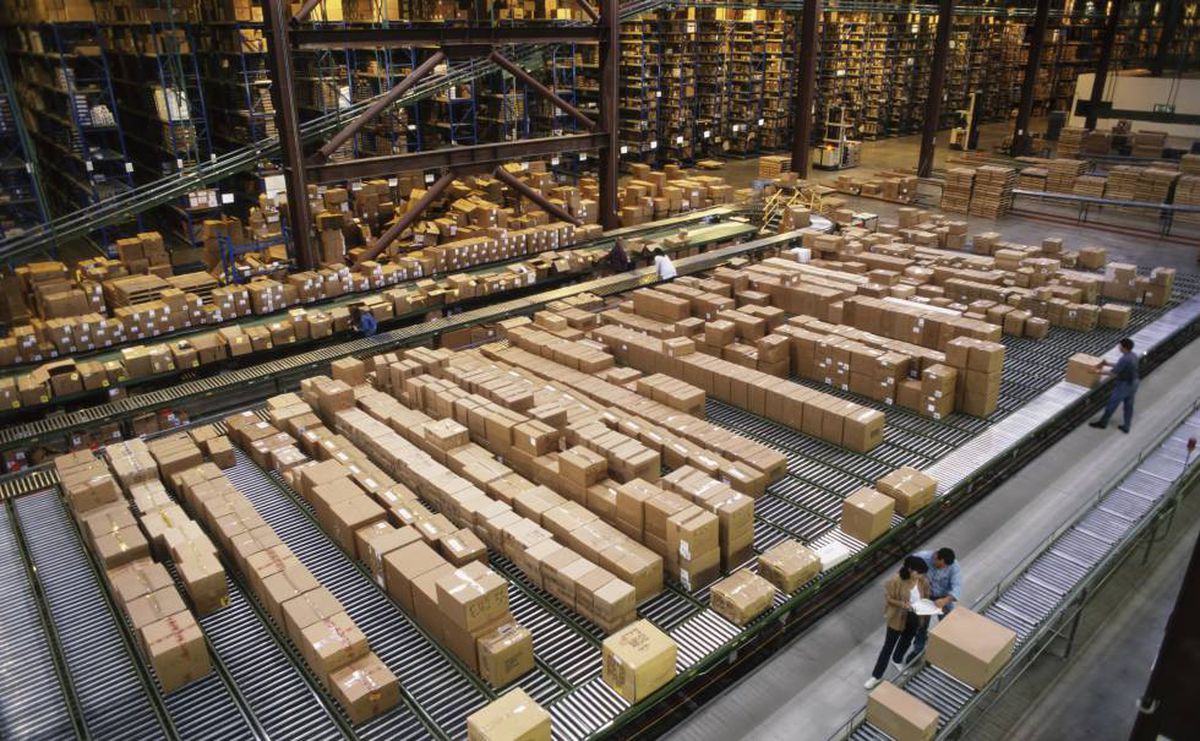 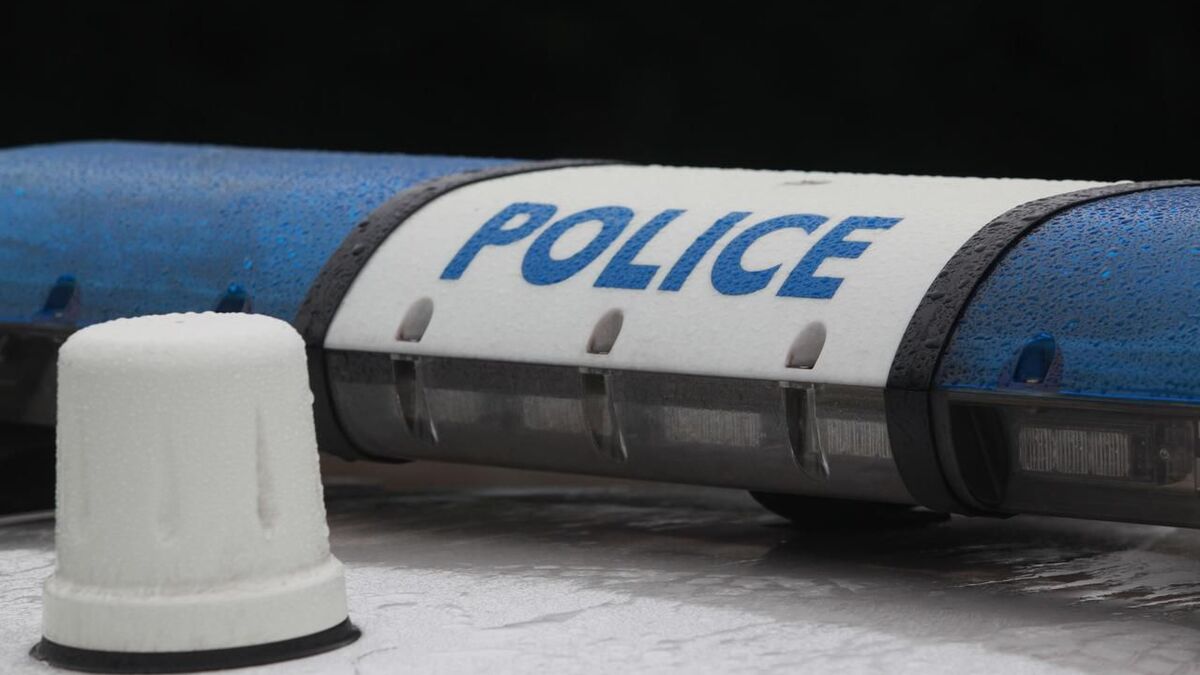 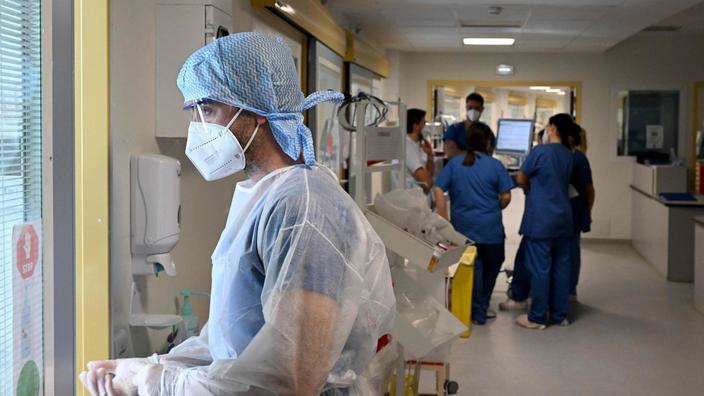 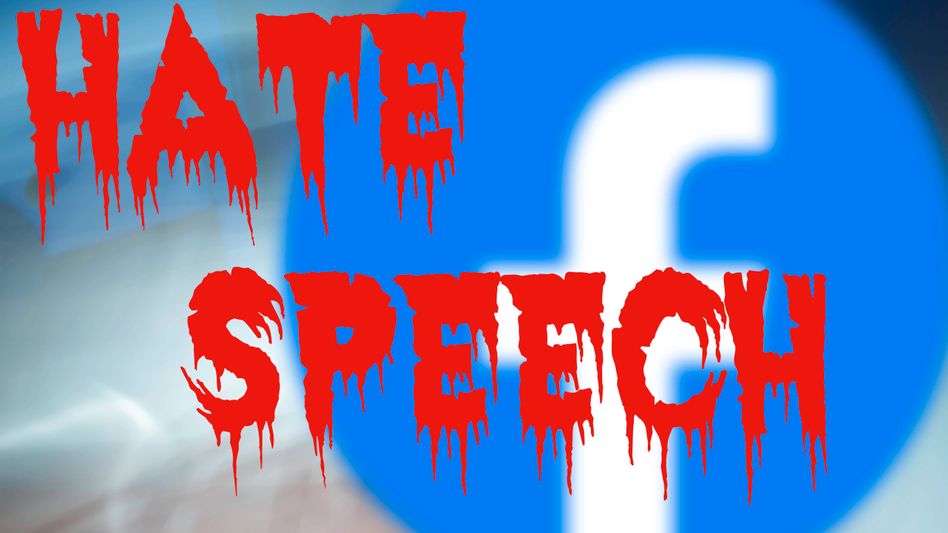 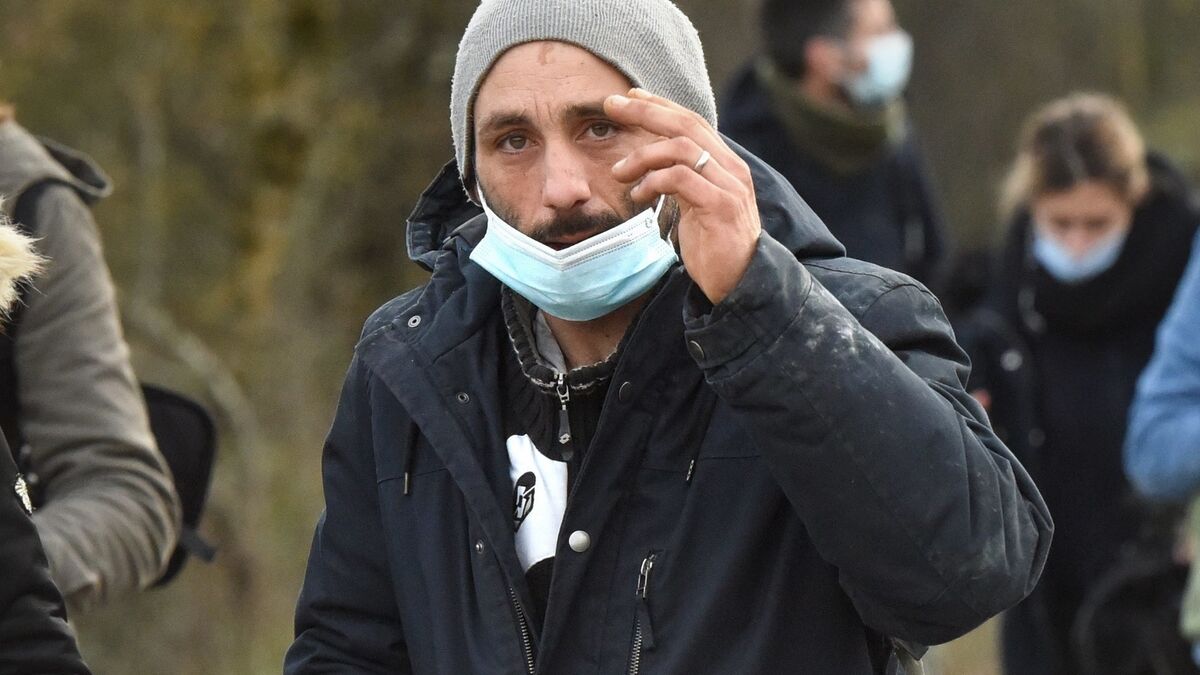