New clue to the 'buzz' of ultra-low gravitational waves 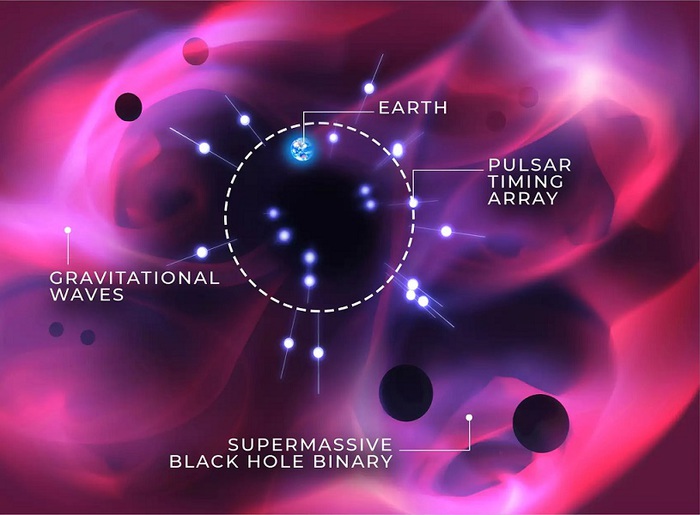 In the cosmos there could be a real background 'buzz' generated by gravitational waves of ultra-low frequencies emitted by a multitude of pairs of supermassive black holes: this is suggested by the analysis of the most complete archive available today on the arrival times of the impulses of 65 pulsars, remnants of large-mass stars exploded as supernovae. The study is published in Monthly Notices of the Royal Astronomical Society by researchers from the International Pulsar Timing Array (Ipta) project, which includes members of the National Institute of Astrophysics (Inaf) and the University of Milano-Bicocca.

The Italians are part of the European Pulsar Timing Array (Epta), which contributed to the database along with two other international collaborations: the North American Nanohertz Observatory for Gravitational Waves (NanoGrav) and the Parkes Pulsar Timing Array in Australia (Ppta).

The one found in the data "is a very exciting signal: even if we don't have definitive proof yet, it could be the first step towards the detection of the cosmic gravitational wave background," says Siyuan Chen, member of the Epta and NanoGrav collaborations, and coordinator for Ipta of the publication. "This result confirms and greatly strengthens the gradual emergence of similar signals that have been found in recent years in the individual data sets, regardless of the various collaborations participating in Ipta," explains Delphine Perrodin of INAF of Cagliari and co-author of the work. "The characteristics of this common signal among pulsars are in excellent agreement with those expected for the cosmic background of gravitational waves", adds Alberto Sesana of the University of Milan-Bicocca.

The next step for the Ipta team will be to measure the so-called 'spatial correlation' between the pulsars to clarify the source of the signal.

"For it to be the bottom of gravitational waves - explains Andrea Possenti of INAF of Cagliari - each pair of pulsars must behave in a very specific way, depending on their angular separation in the sky. At the moment nothing can be concluded about it. : we need a stronger signal to measure this correlation ".

New clue to the 'buzz' of ultra-low gravitational waves 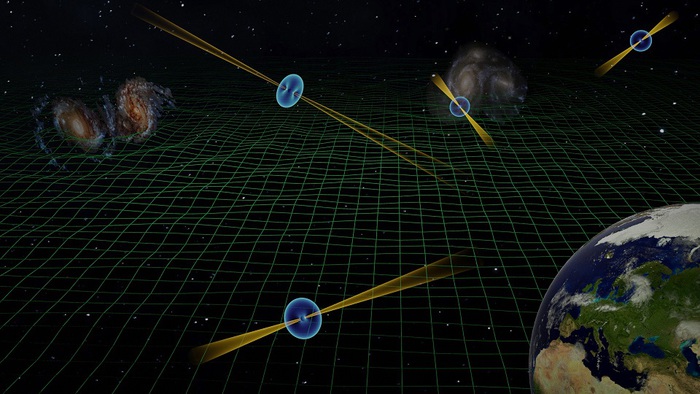 Gravitational waves: researchers are happy about record of new discoveries 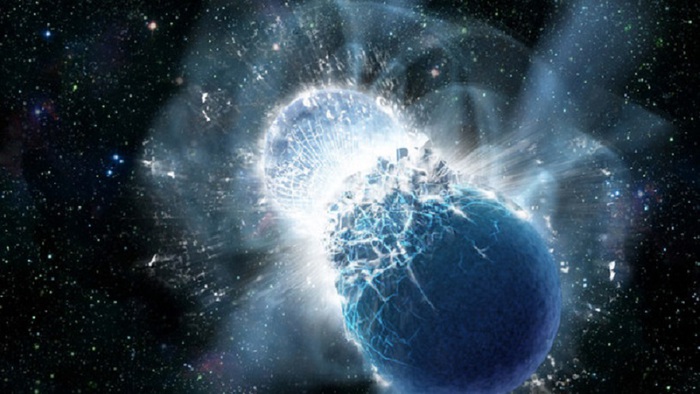 The new catalog of gravitational waves is ready, there are 90 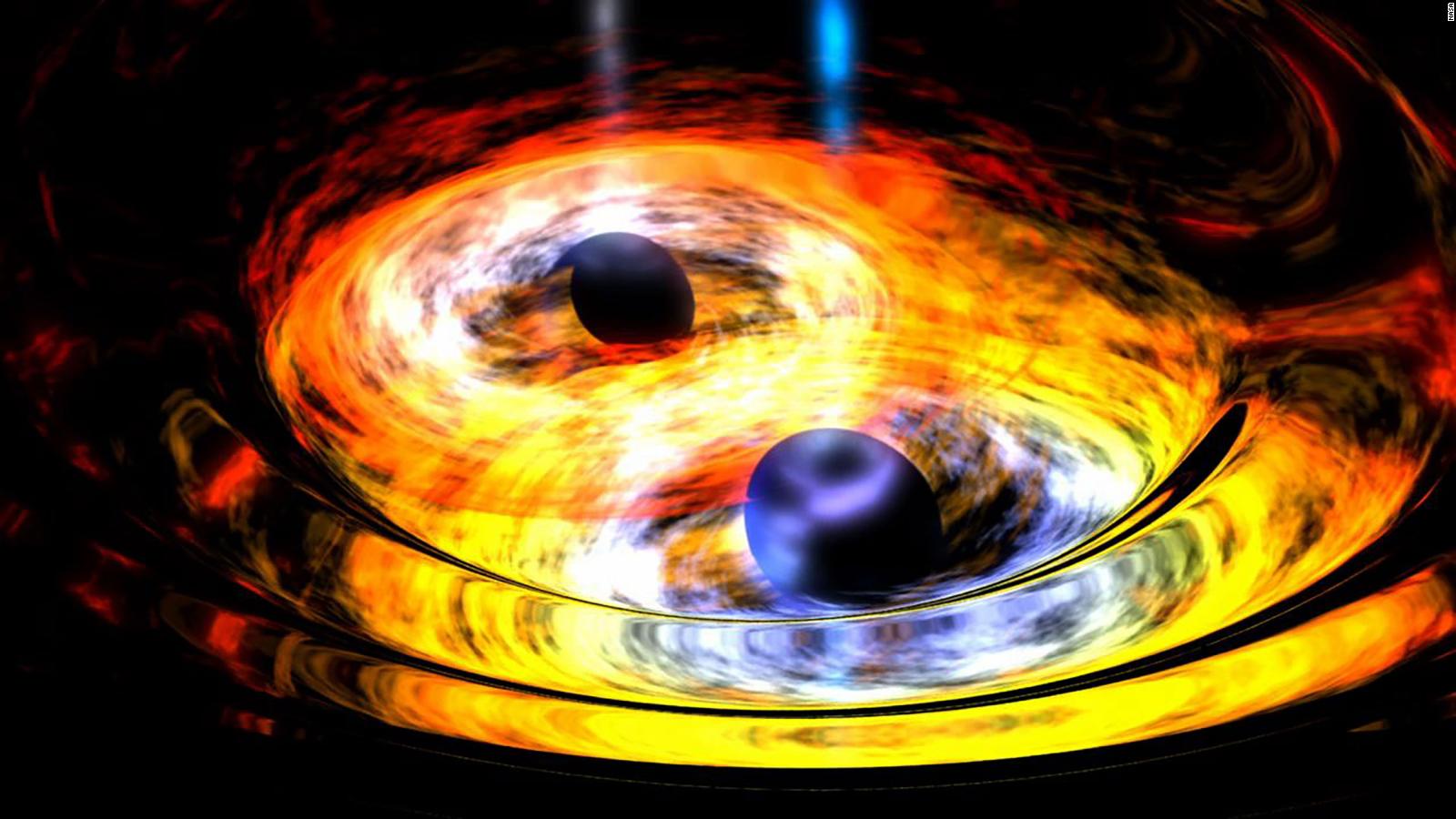 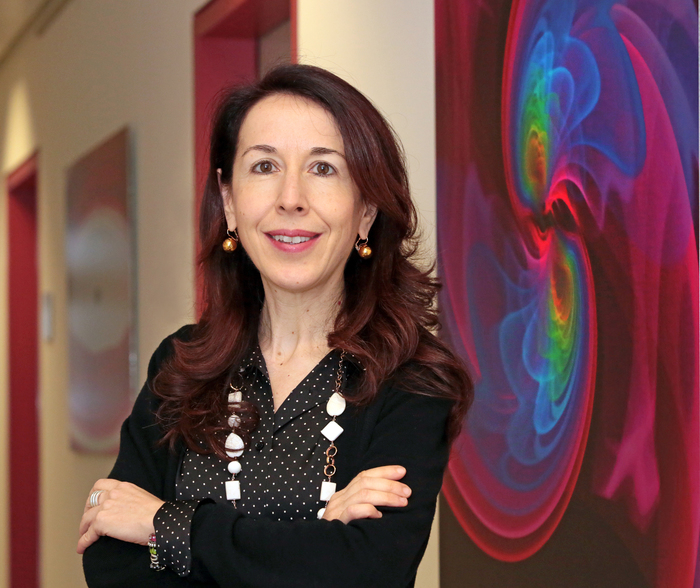 For the first time to an Italian the Dirac medal