"It's a huge emotional pain": at the helm, Amber Heard begs Johnny Depp to leave her "quiet"

“I have to relive every day, over and over again, the most intimate, embarrassing, deeply humiliating and personal things that I 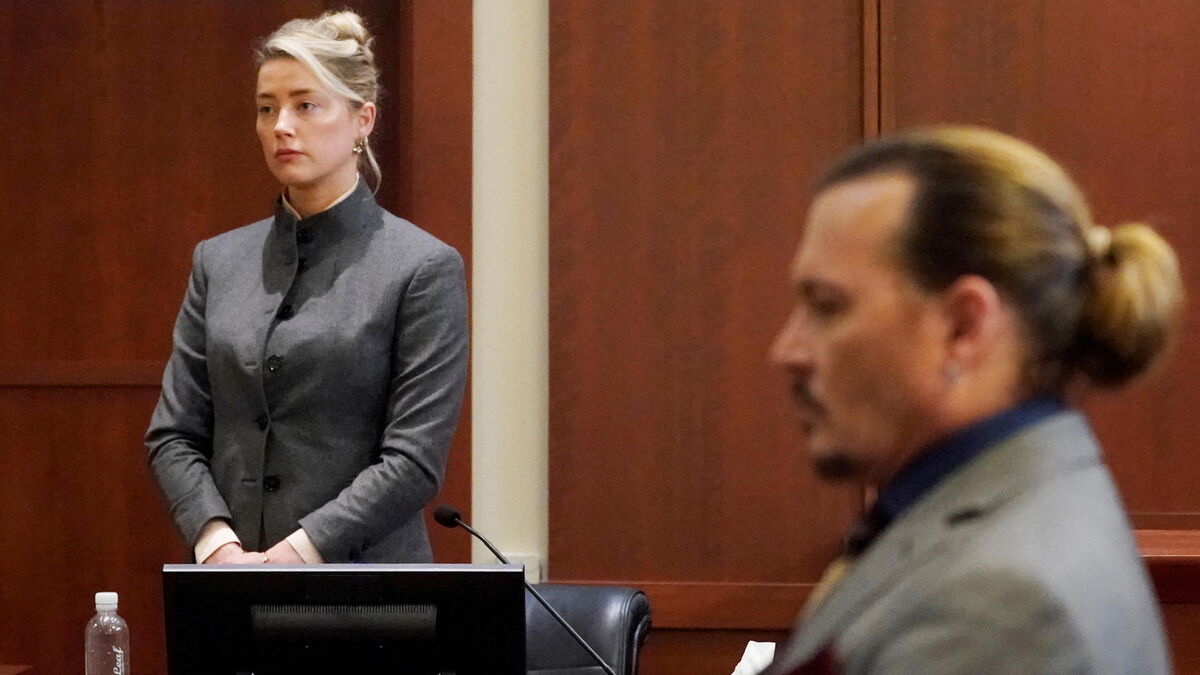 She spoke directly to her former companion, who has avoided her gaze since the start of the trial.

On Monday, American actress Amber Heard begged Johnny Depp to "leave her alone", denouncing the "torture" of having to relive the domestic violence she accuses him of having subjected to her, during the defamation lawsuit brought by her ex-husband in the United States.

The star of the "Pirates of the Caribbean" saga is claiming $50 million in damages.

“I have to relive every day, over and over again, the most intimate, embarrassing, deeply humiliating and personal things that I have experienced,” the 36-year-old actress explained in court in Fairfax, Virginia near Washington.

"It's torture, it's enormous emotional pain," she said.

"I want to move on with my life, but by doing this kind of thing he won't let me," she told the jurors before looking her ex-husband in the eye and begging him: "let- quiet me”.

“I knew I had to leave, that I wouldn't survive it if I didn't”

He accuses her of having ruined her reputation and her career by claiming in a column published in 2018 by the Washington Post that she had suffered domestic violence two years earlier, without however mentioning her name.

She counterattacked and asks for the double.

At the helm, the “Aquaman” actress explained that she decided to divorce in May 2016 because she feared for her life, after yet another argument, during which the actor allegedly threw a phone in her face.

Their union was “falling apart,” she said, struggling to hold back tears.

I knew I wouldn't survive it if I didn't."

“The monster had been that thing that was now the norm and not the exception.

The violence was now normal, ”she explained, referring to her ex-husband, who she said regularly hit her under the influence of alcohol and drugs.

Read alsoMontages and counter-investigations: in the middle of a trial against Amber Heard, Johnny Depp fans manage his propaganda

Her lawyers showed photos where she appears with the right side of her face bruised.

The first four weeks of the trial have drawn a "toxic" relationship, with very raw details reported by the former couple who had started an affair in 2011 before marrying in February 2015. The divorce had been pronounced in early 2017. Their arguments , often accompanied by beatings, reached their climax during a stay in Australia in March 2015, when Amber Heard claims to have been beaten and then sexually assaulted by her husband.

The adversarial debate started at the end of the afternoon by Johnny Depp's lawyer, Camille Vasquez, was tense.

A battle also on social networks

Amber Heard notably had to admit that she had never donated to charities, as she had promised during the divorce settlement and repeated in the press, the 7 million dollars received in compensation at the end of 2018. couldn't fulfill my obligations because I was being sued" by her ex-husband, she said.

Camille Vasquez, however, noted that she had received the full amount long before the 2019 defamation suit filed by Johnny Depp.

The 58-year-old actor, who testified in late April, admitted heavy use of drugs and alcohol but denied ever raising a hand on Amber Heard and insisted it was her who was violent.

Amber Heard highlighted the disparity of strength on Monday by admitting to punching Johnny Depp.

“I talk about the difference between a punch and the fact that I have to hit it to defend myself,” she said.

This lawsuit between two celebrities is extraordinary.

It is broadcast live on television and every day, fans of the two actors gather in court in this small town near the American capital.

"It's like a soap opera," Nancy Mowery, who came from Pennsylvania and spent the night in court to attend the hearing, told AFP.

Alethea Gnanakan, a student from Virginia, believes that "both (ex-spouses) suffered" in this "so sad story".

The battle between the two camps is also taking place on social networks where hashtags for or against the two actors flourish.

Deliberations are due to continue until May 27, after which the seven jurors will retire to deliberate.

The actor is suing his ex-wife in the United States two years after losing a first libel suit in London.

He had attacked the British tabloid The Sun, which called him a "violent husband". 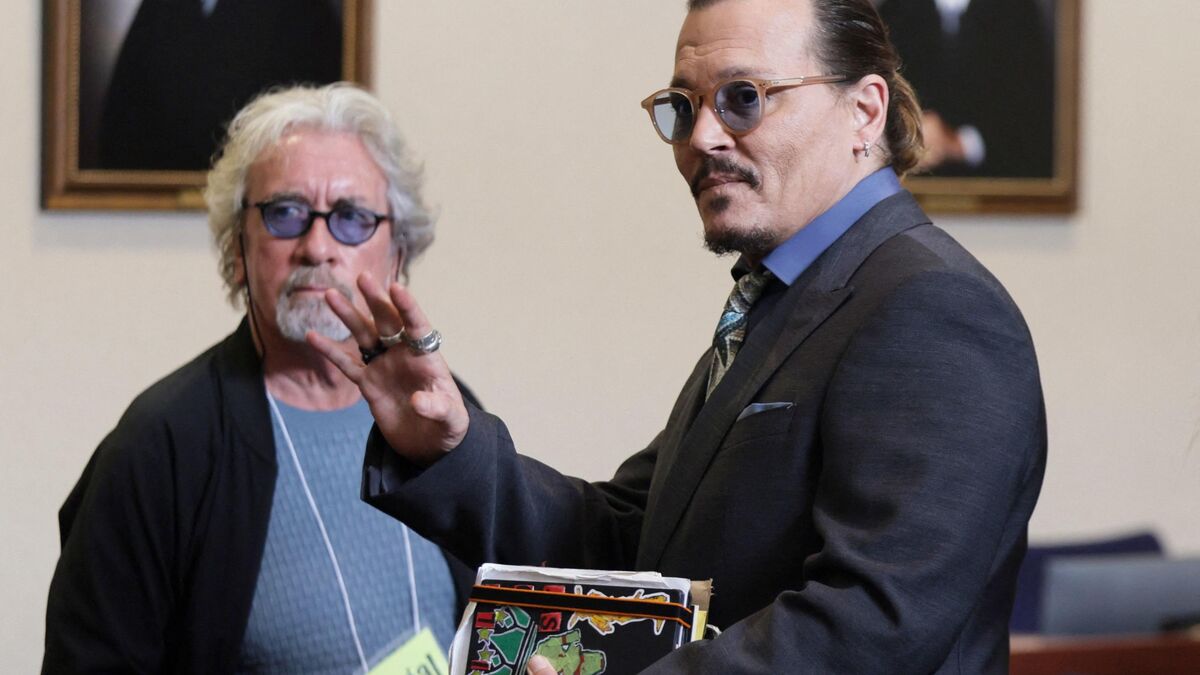 "It's a huge emotional pain": at the helm, Amber Heard begs Johnny Depp to leave her "quiet" 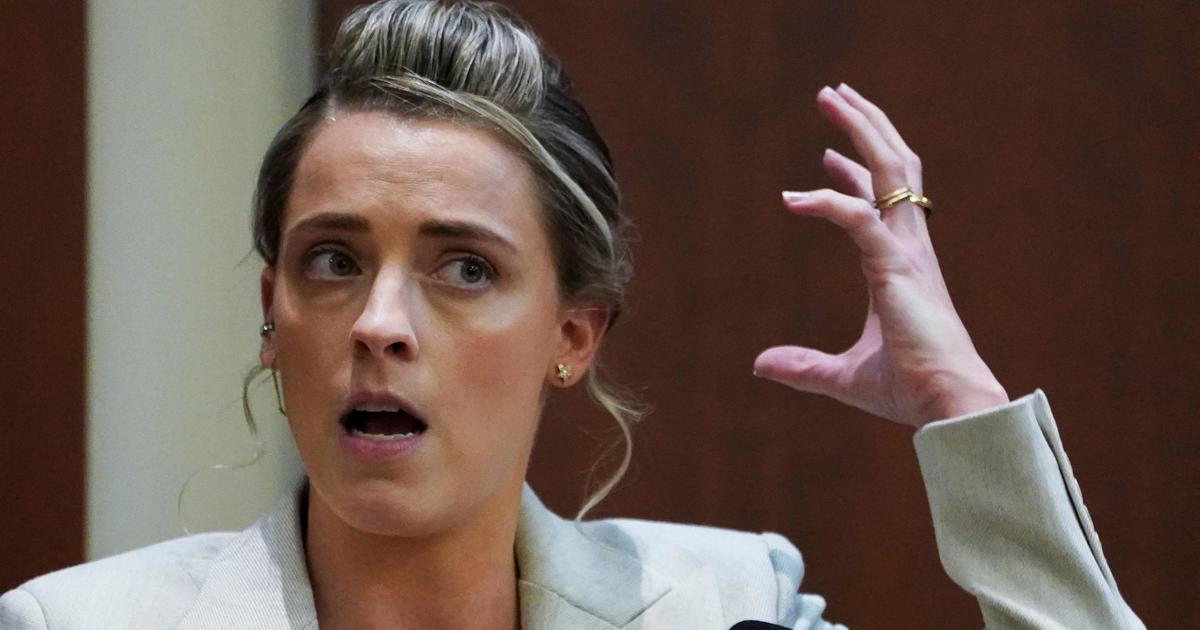 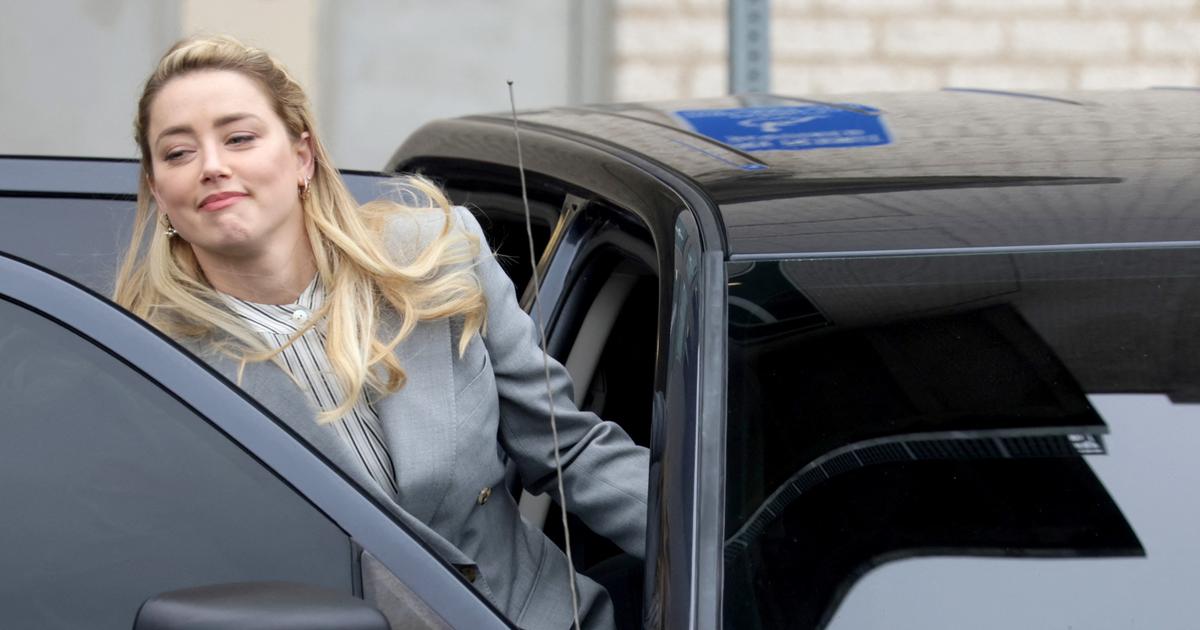 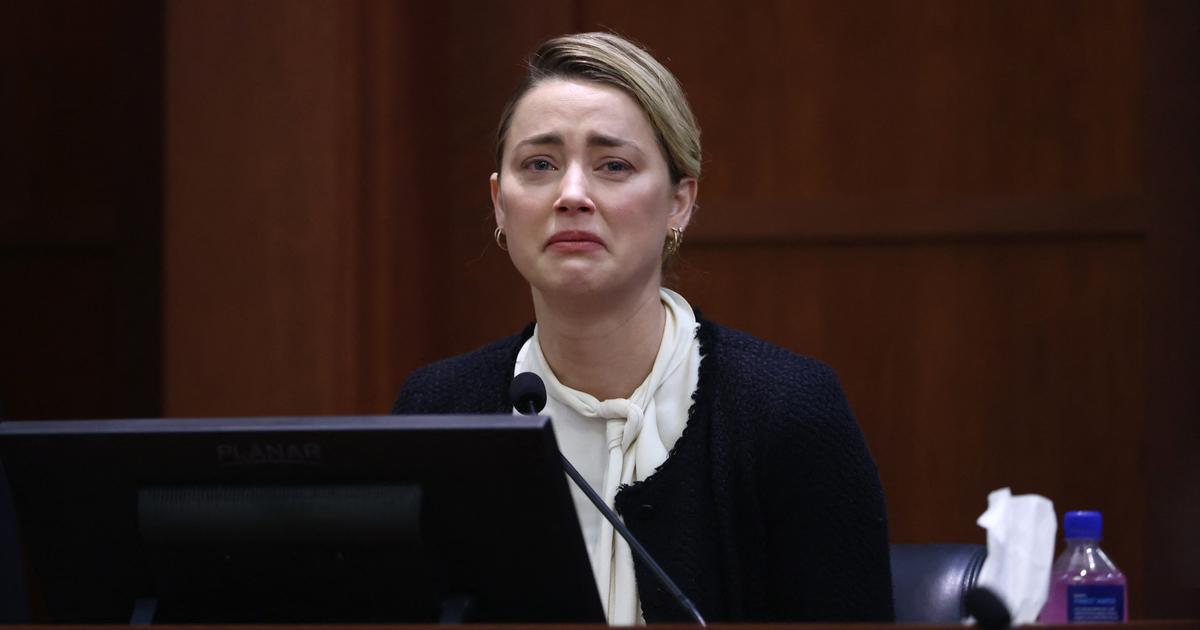 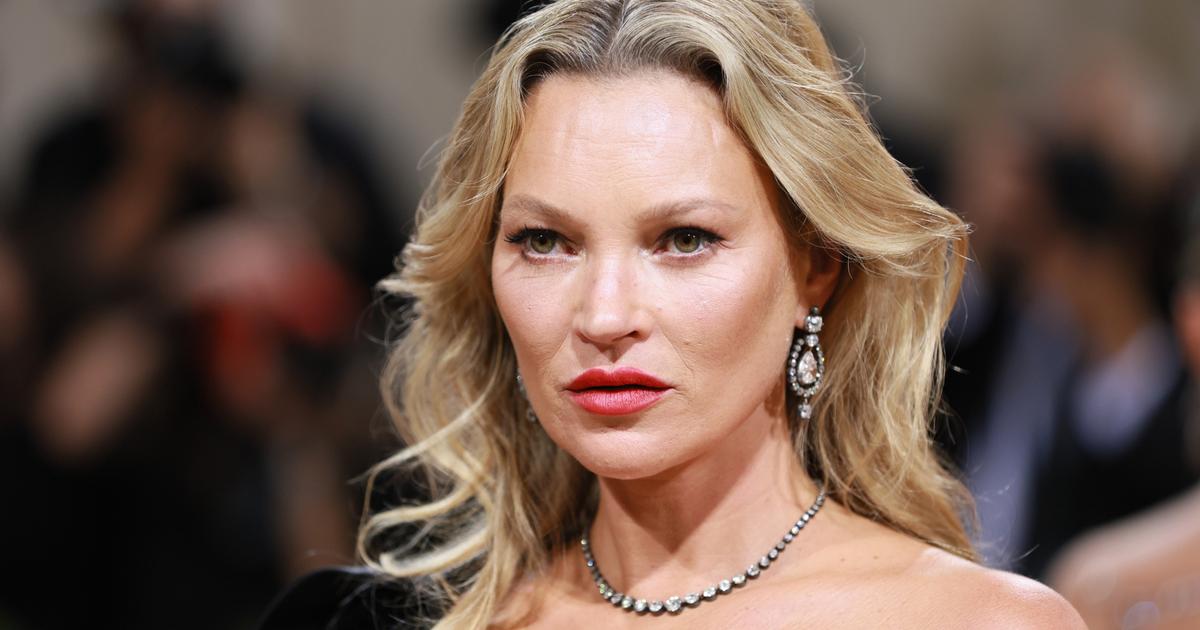 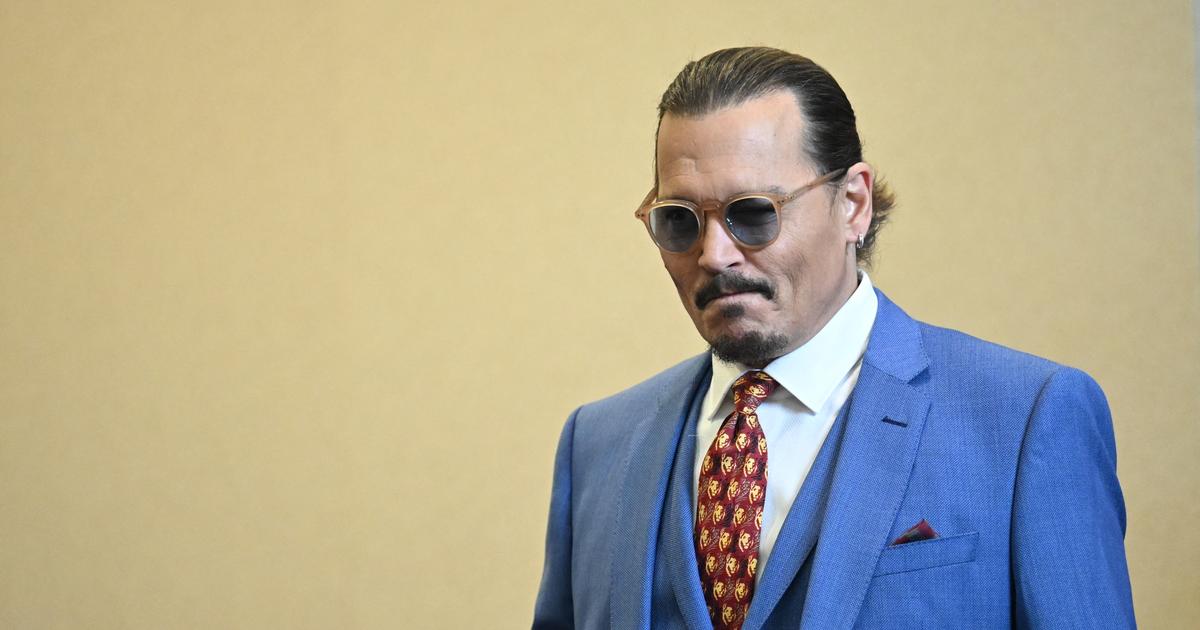