"This is how I raise my children without screens: they don't use a mobile phone, tablet or computer"

Sole Domínguez and her partner have chosen to remove all digital devices from their family's education: here they explain why, how and why they do it 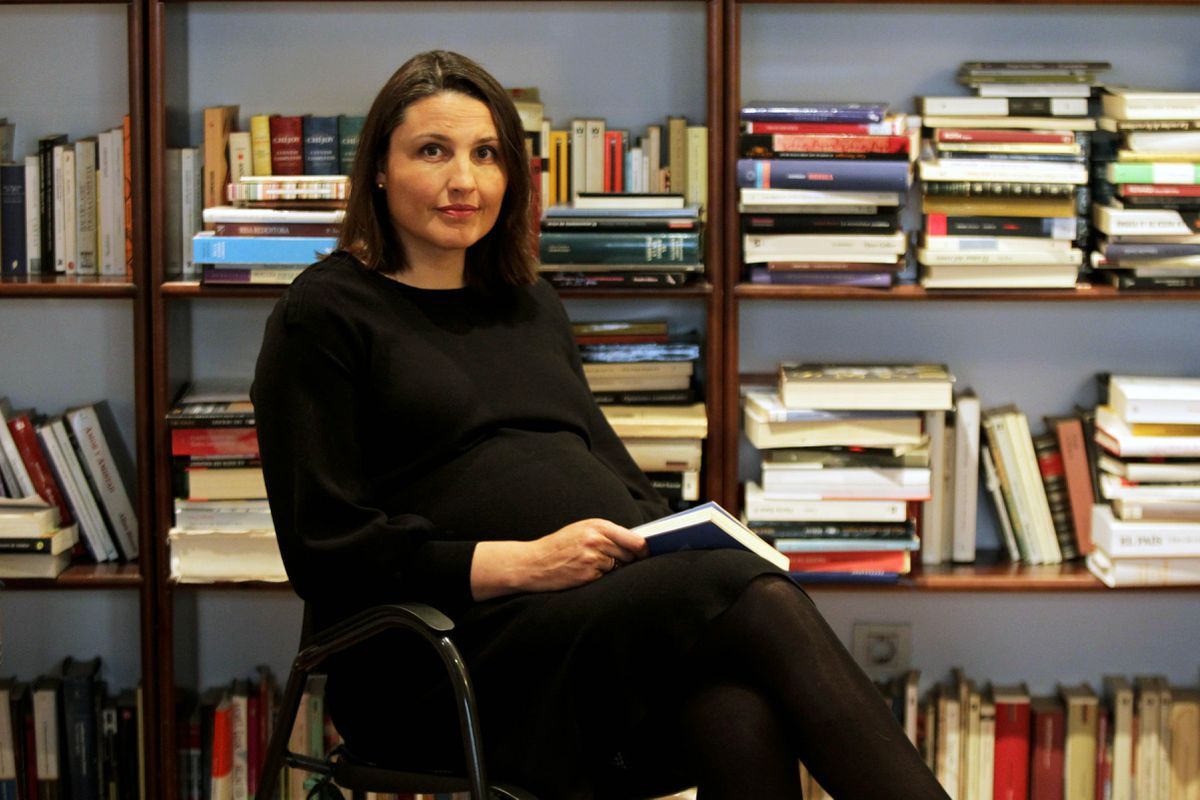 The EL PAÍS photographer, Fernando Aldama, took photos of Sole Domínguez and her family in her apartment in Getxo (Vizcaya).

When it was over, the two children, aged 7 and 5, ran to see how the photos had turned out on the camera screen.

The photographer was already showing them one by one the images he had taken.

The fight against the screens at the home of Sole, 44 years old and a lawyer at a bank, and her partner, Íñigo, has several reasons and specific objectives.

Although her children (both boys) will be 8 and 6 years old this year, they are still small, and she is now pregnant with their third.

The appearance of the cell phone in their lives still seems distant, but Domínguez is already preparing for that moment with compelling arguments.

The scientific evidence to date is clear that there are no screens before the age of 2: "From evolutionary psychology, at least a complete moratorium is requested for the first 2 years of life, no exposure," says Arminda Suárez, professor at the University of The lagoon.

From then on, the preference is for a small screen until 6 and 7 years old and always with content adapted to their age and under parental control.

Along with his family, Domínguez has chosen to reduce that exposure as much as possible, with these basic criteria.

Today there are screens everywhere.

Domínguez's prerequisite for trying to suppress screens at home is that parents not only control them, but hardly use them: “Parents have to be aligned.

Neither Íñigo nor I have ever been overly technological people,” she says.

"I do not have Whatsapp.

I had it for a while and saw that it was a constant interruption.

Iñigo has never had WhatsApp.

He has Facebook because he uses it for work, but we are not friends on Facebook,” she adds.

The next goal is to lead by example: do not use screens in the presence of children.

“When I am with my children the phone is usually silent.

If it's an urgent call, I try to make it without them being there.

If maybe we're in the park, I'll step aside.

But I am never looking at the screen with my children in front of me.

When they see the mobile it doesn't catch their attention because they don't know what's there.

Iñigo doesn't have a

, he has a cell phone to call and send SMS”, she explains.

In addition to being not very technological, Domínguez had little relationship with conventional television since he left the family home.

Her screens have given her little.

In addition, when her children were born, it was reported: “When the first was born in 2014, I began to inform myself a little.

I found studies that say that it is better for children not to see screens until they are two years old.

None of my children have seen anything on TV until they are two years old.”

Neither TV nor anything: “The mobile zero.

We don't have a tablet.

The computer, also zero”, he adds.

After the first two years, Domínguez clarified his reasons somewhat: “I'm not anti-screen but rather stupid anti-screen and, above all, I'm in favor of awakening the ability to concentrate.

I like that when my children are entertained with something, they are focused on it.

If I put a movie on them and they didn't pay attention, I'd take it off."

Suárez, the teacher, gives context to Domínguez's reasons: “From 2 to 5 or 6 years old, a certain very measured exposure is acceptable, always with the presence of the parents.

Tablets and mobile phones from the scientific literature are tried to be avoided because they can interfere with cognitive development and overstimulate”.

The theory is very good.

The family spends a lot of time planning moments with and without screens.

The children, from Monday to Thursday, learn music, Chinese, Russian and French.

Also, during the week, “they play, they read, we go out to the park, they draw, we see friends,” she says.

The screens arrive on the weekend, always under strict control: “On the weekend we watch a movie, a lot of classic and adventure films:

In Search of Fire

There are films that we have to stop and explain some things to them.”

Some episodes of cartoons arrive on holidays, but always chosen by the parents without the participation of the little ones and on TV, without the infinite offer of YouTube or Netflix: “On Saturday morning, I put on a cartoon movie in French on DVD and on Sunday I put on two chapters of

“What I try to take maximum care of is that they do not see advertising.

I put this: here it begins and here it ends.

I don't put up a YouTube video where a hundred thousand things come out,” he adds.

4. The importance of reality

In addition to concentration, another concern for Domínguez is the false perception of reality offered by screens.

“I want my children to be in contact with reality, with the real image of things, to develop 3D vision and see the natural color of things,” says Domínguez.

"The little drawings on the mobile have some colors, brightness, lights, that later reality, nature seems very boring," she adds.

Overstimulation has clear challenges, according to recent research: “Images and music can overstimulate and cause developmental learning problems.

They interfere above all in attention span, in not finishing activities.

As he is very stimulated, he has to go from one activity to another quickly and continuously be motivating in games and activities”, says Suárez.

Her family's position with the screens has led Domínguez to have to explain herself to other families, who have treated her like a weirdo or anti-progress: “They have told me that I am against progress.

Was this progress?” she says.

It is a way of educating your children, that is personal and private and that people do not usually judge, ”she adds.

But deep down, their preferences do make other families suspicious: “Yes, they question you a bit, but why?

For multiple reasons, above all I want my children to develop critical thinking.

Yesterday my eldest son told me: 'Mom, they played us a song in class and one of my classmates said that he didn't like it because he didn't have any

I have had to explain to him that you like things or not, depending on a series of more subtle parameters, other than numerical criteria, and above all that things are not like or dislike, but I like it for this or that” , Add.

Video games are included, logically, in the list of inadvisable screens for Domínguez.

“I find them the most exciting, addictive thing.

Video games in general are made for that, if you want to have a disturbed child, leave him a console for three hours, ”she says.

“While he is playing and crushing the enemies he is attacked.

He is with adrenaline and overstimulation, for my taste, unnecessary, ”she adds.

He clearly prefers the more traditional game: “I love that they play.

They usually play wars and adventures with their soldiers and pirates.

They have their Lego, their Playmobil, card games, board games.

A child is not going to tell you daddy, get out of here, I prefer to watch a movie than for you to be playing with me, ”she explains.

7. Who controls the school

Despite this family control at home a few days ago, the eldest came from school and said that they had been playing Minecraft, a very famous video game for children.

Dominguez was not amused.

“At school there are no regulations, but well, the teachers used to also smoke in class and I had teachers who hit.

Society is advancing and I think that at some point the exposure time and content will also be regulated, because you are at the expense of what the teacher or caregiver wants, ”she says.

“There is also a person who takes ICT [new technologies] and explains that he is pedagogical, that the

Everything can have a pedagogical purpose.

I'm not saying it's not like that, but Ferlosio already said that Disney had caused more brain cancer than anything else in the minds of kids, ”he adds.

Although it is also at school where they touch some computer resources for the first time: “The eldest is learning Word, Google and searches for things that interest him.

He will not be digitally illiterate,” he says.

8. When does the mobile age come?

But the age of the first mobile is approaching.

The 12 years, with the passage to the institute, is the usual age in Spain.

For Professor Arminda Suárez, the challenge of the mobile phone is not so much the device itself as social networks: “Adolescents create their own personality, self-esteem.

If all this is done in the presence of networks in a negative way, that perception will be negative too, ”she explains.

In her opinion, delaying access to networks is fine: better first “a utility mobile (only for connection with parents) without internet connection”, she says.

Domínguez will try to wait until he is 18. “My wish would be for my children not to have a mobile phone until they are 18 years old.

A mobile is a mechanism of addiction: to video games, to social networks, capable of causing anxiety.

It seems to me that it is too powerful a device for a minor to have something so complex where she has access to all kinds of content, ”she explains.

“Why does a child need a

Because if you told me it's to call and send messages to your friends, but it's not true.

They want it to expose their image, their privacy, to handle themselves on the networks.

From there come many problems that are not wanted to see.

You take a 16-year-old kid's cell phone and his reaction is like a junkie when they take his drug away, ”he adds.

"This is how I raise my children without screens: they don't use a mobile phone, tablet or computer" 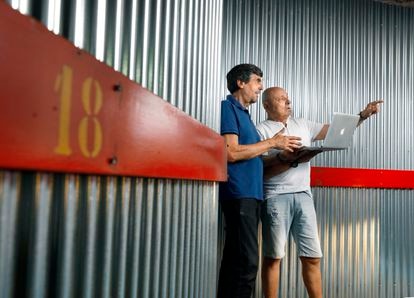 Volunteers against the digital abyss of the elderly

Minister Handel announced: These are the new products that will be exempt from import approval - Walla! technology 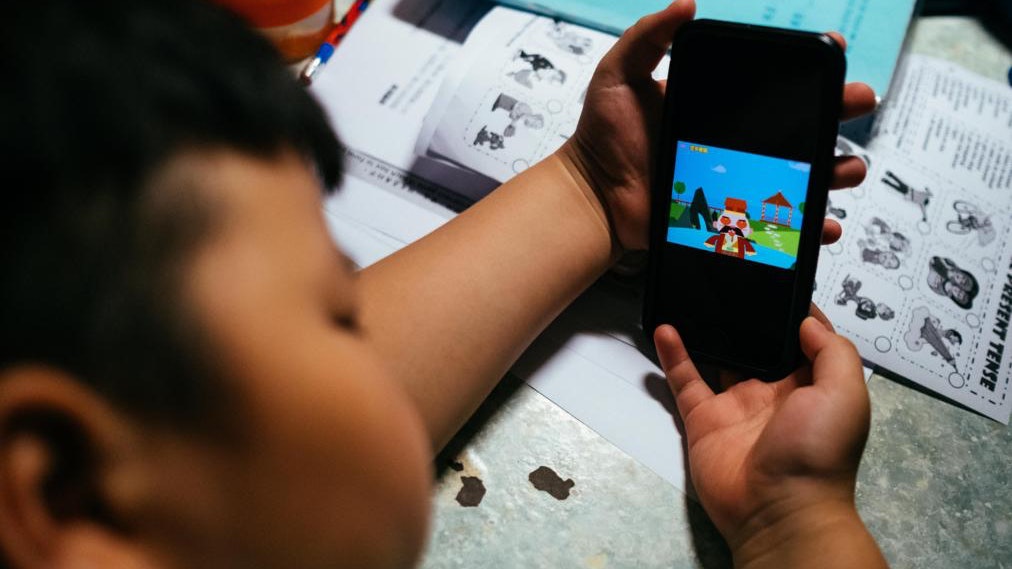 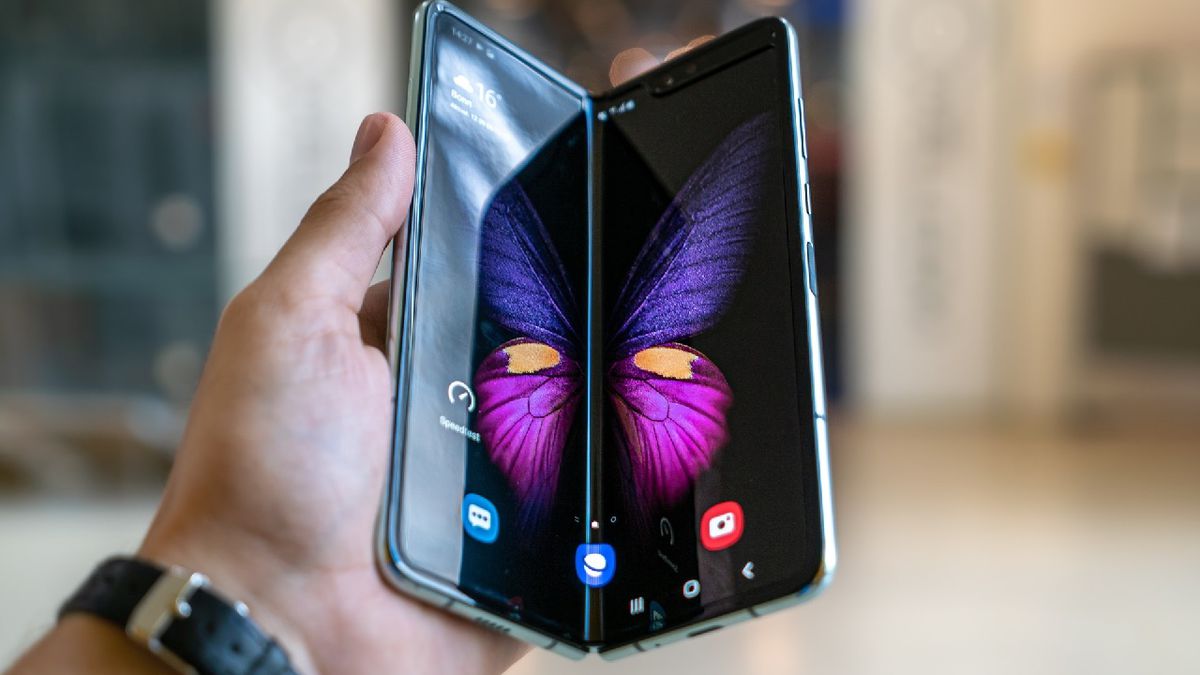 How to do a connection sharing on Samsung? 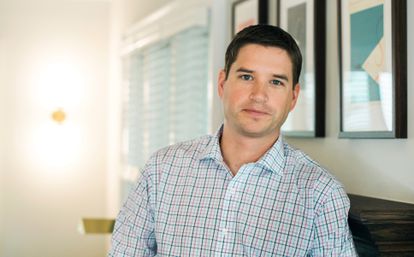 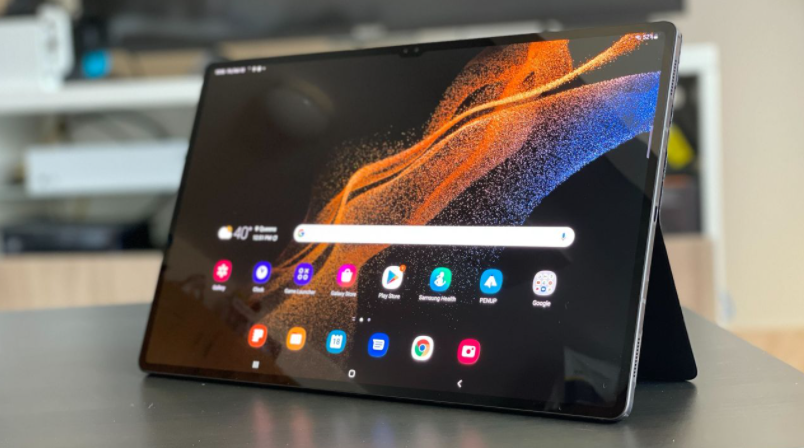 Samsung Galaxy Tab S8 vs. iPad Pro: Which tablet is best for you? 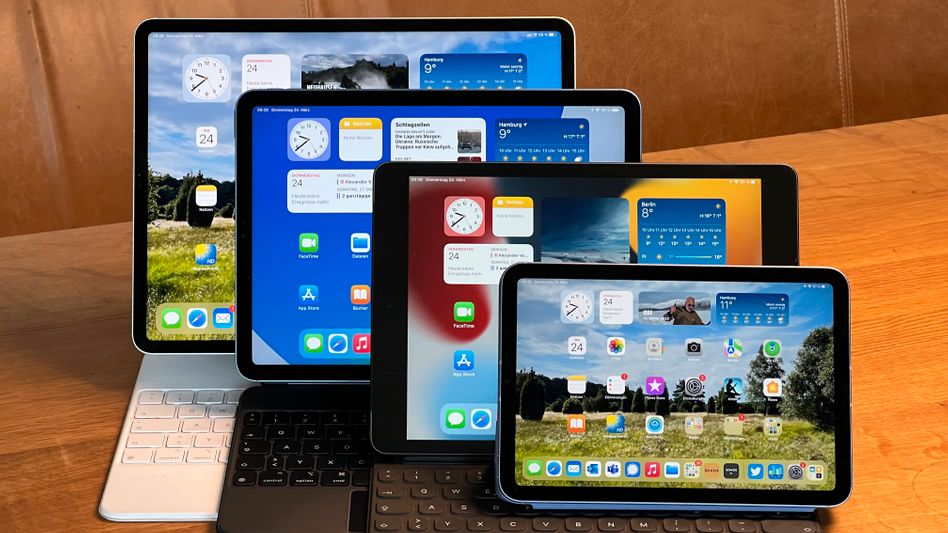 Comparing iPad models: How to find the iPad that's right for you 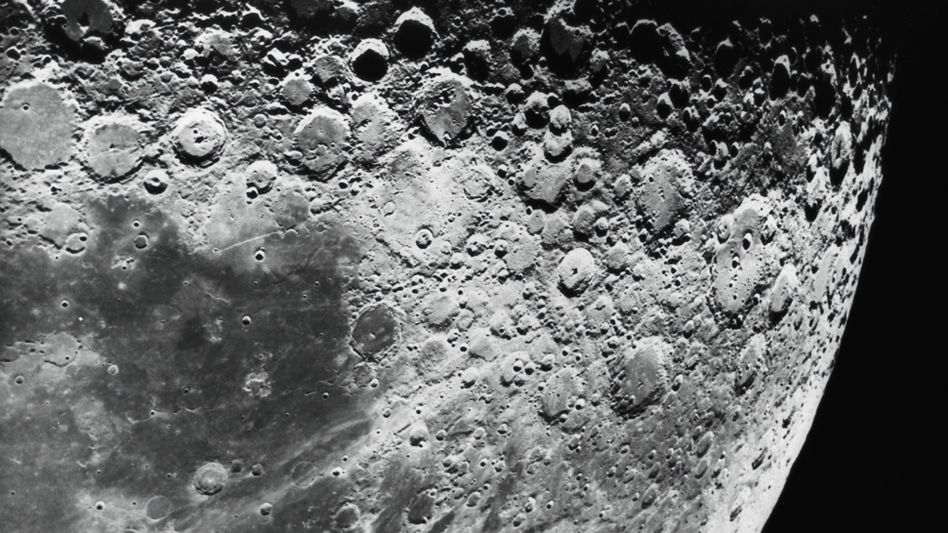 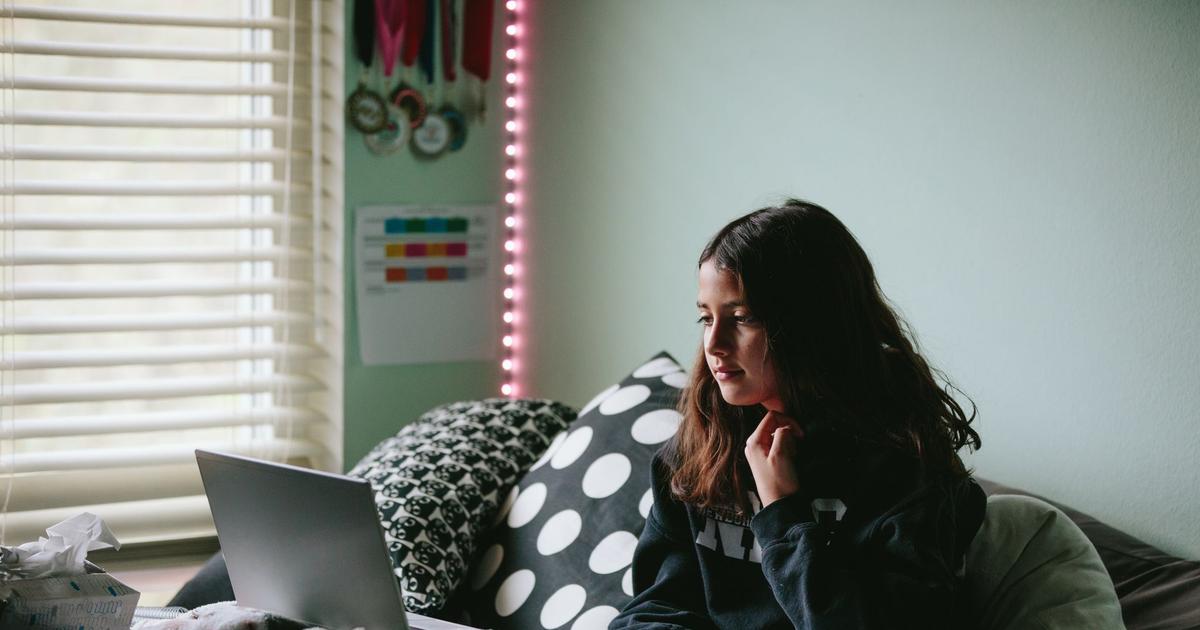