In front of the National Assembly, scientists train deputies on the job in climate issues

REPORT - A few steps from the Palais Bourbon, 35 renowned scientists have been taking turns since Monday to discuss and train new MPs in climate and biodiversity issues. More than 150 elected officials took part in the game. 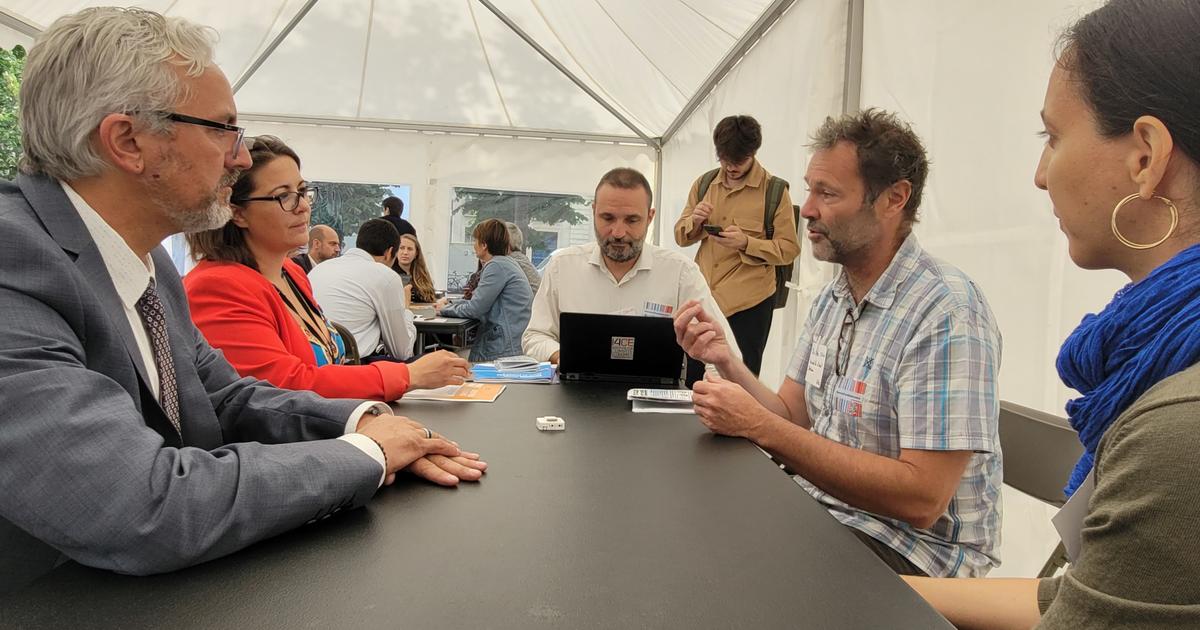 Since Monday, 35 renowned scientists - from the IPCC, High Council for Climate, IDDRI, etc.

Read alsoGlobal warming: there is still time to act, assures the IPCC

This unprecedented initiative, which aims to be non-partisan, brings together climatologists, oceanographers, hydrologists, ecologists and even geographers, and is carried out in close collaboration with the former environmentalist deputy of Maine-et-Loire Matthieu Orphelin, and the collective of young professionals and students large schools Ecological awakening.

The latter advocate the training of large schools - especially engineering - and companies in these themes.

“Ecology should become the new economy: it concerns all sectors.

Today, not a single party is not formed in the economy.

Léa Falco, from the collective of young professionals Réveil Écologique.

"to communicate the scientific facts around these issues, so that political decisions are taken in the most objective way possible, in a known geophysical framework of global warming in the coming decades

", explains climatologist Christophe Cassou, of the National Center for Scientific Research and co-author of the latest IPCC report, at the origin of the project.

Admittedly, ecology is political - it questions our ways of life, but it should be cross-partisan: it is about the collective destiny of our country.

This should not be a question locked in a single party

“Ecology should become the new economy: it concerns all sectors.

Today, not a single party is not trained in the economy!”

It's 10 a.m., the morning freshness is already beginning to fade.

The three elected officials - from the Horizons group - sit down in the tent, facing two experts - Goneri Le Cozannet, geographer specializing in the risks of marine submersion and co-author of the latest IPCC report;

and Sabrina Krief, primatologist, veterinarian and lecturer at the National Museum of Natural History in Paris.

Three elected members of the Horizons group attend the training provided by 40 renowned scientists on climate and biodiversity issues, near the Invalides metro station, not far from the Palais Bourbon, on June 22, 2022. Bénédicte Lutaud / Le Figaro

The exchange begins with a brief - challenging - summary of climate and biodiversity issues.

Sabrina Krief evokes, pell-mell, intensive agriculture and soybean monoculture in France, fossil energy, agroecology, the carbon storage allowed by vegetation and the planting of different species... but also the impacts on biodiversity:

These corals represent 25% of the world's marine biodiversity

if we lose them, it's irreversible”.

One of the elected officials reacts frankly:

"We feel that there is an urgency, but for a parliamentarian, after reading the 64 pages of the summary for decision-makers of the IPCC report, we do not know what to do with it"

With patience, the experts continue the exchange, according to the questions of their interlocutors.

10:30 a.m., other deputies, good students in this legislative “back to school”, appeared under the tent.

At one of the discussion tables, Ségolène Amiot, LFI deputy for Loire-Atlantique, and Eric Martineau, Modem deputy for Sarthe, sit down and listen attentively to Christophe Cassou's presentations;

and Anne-Violette Lavoir, specialist in agroecology.

“We are in a rupture.

For example, do you have an idea of ​​the share of climate change linked to human activities?

The parliamentarians confide in being "acquired in the cause", not without having many questions, even asking angry questions.

And for good reason :

The problems of drought or frost, I'm right in it

The problems of drought or frost, I'm right in it!

The discussion heats up.

The elected official confides, a bit bitterly, that many of his colleagues have had to abandon organic farming, which is too expensive.

After a debate of experts on more or less "natural" pesticides with Anne-Violette Lavoir, Christophe Cassou tries to refocus the discussion by inviting his interlocutors to have a more "macro" vision:

"Organic or not organic, the question, it's: "Will this be sustainable? The climate has already changed, it's changing fast. In 2050, last week's heat wave, it will be twice as bad. What to do for agriculture, health? From 2040, there will be a real problem of water resources in the South West. Today, we don't know how to do without

Read alsoHeat waves: what consequences for health, agriculture, water, energy... and the economy?

In turn, Benoît Leguet brings his economic expertise to the discussion, while questioning elected officials on the next legislative deadlines in connection with the topics discussed.

“This can be laws directly related to the climate, such as the climate energy programming law in 2023. Or other laws where the title does not mention these themes, but with an impact on the climate and diversity.

"For example, the finance bill, which will arrive in the fall, and everything related to taxation to limit greenhouse gases, support measures for housing renovation, 'clean' mobility ', to the artificialization of the soil..."

Each elected official leaves with three documents: one listing the next legislative deadlines, the other with a bibliography, and a 10-point summary of the three sections of the latest IPCC report (findings, adaptation, impacts).

Summary of the “impact” section of the latest IPCC report offered to elected officials.

At the end of the afternoon, this Wednesday, 154 deputies - 80 from the Together!

”, confesses the one who is about to become director of the League for the Protection of Birds: only one elected official had presented himself for training.

Tuesday, about fifty had played the game. By dint of communications and media relay, the initiative ended up taking.

Even if the “absolute majority” dreamed of by the former environmentalist deputy has not been reached.

“It's not easy, it requires showing a little humility”

, confide the organizers to us.

, “we also learn, each of the expertise of each other.

We also learn from deputies

It is more of an exchange, of an increase in skills than of training.”

It was not until this Wednesday afternoon that Maxime Minot, LR deputy from Oise, and Henri de Lépinau, RN deputy from Vaucluse passed through the door - despite the displayed refusal of Marine Le Pen, on France Inter, to participate.

Next claimed objective: the organization of more advanced scientific training offered to the entire National Assembly - because 20 to 30 minutes on such vast and complex themes, notes Jean-Baptiste Sallée, oceanographer and climatologist at the CNRS,

"this is obviously not enough, even if it is the first seed sown".

In front of the National Assembly, scientists train deputies on the job in climate issues The deputy in a wheelchair Sébastien Peytavie entered the National Assembly 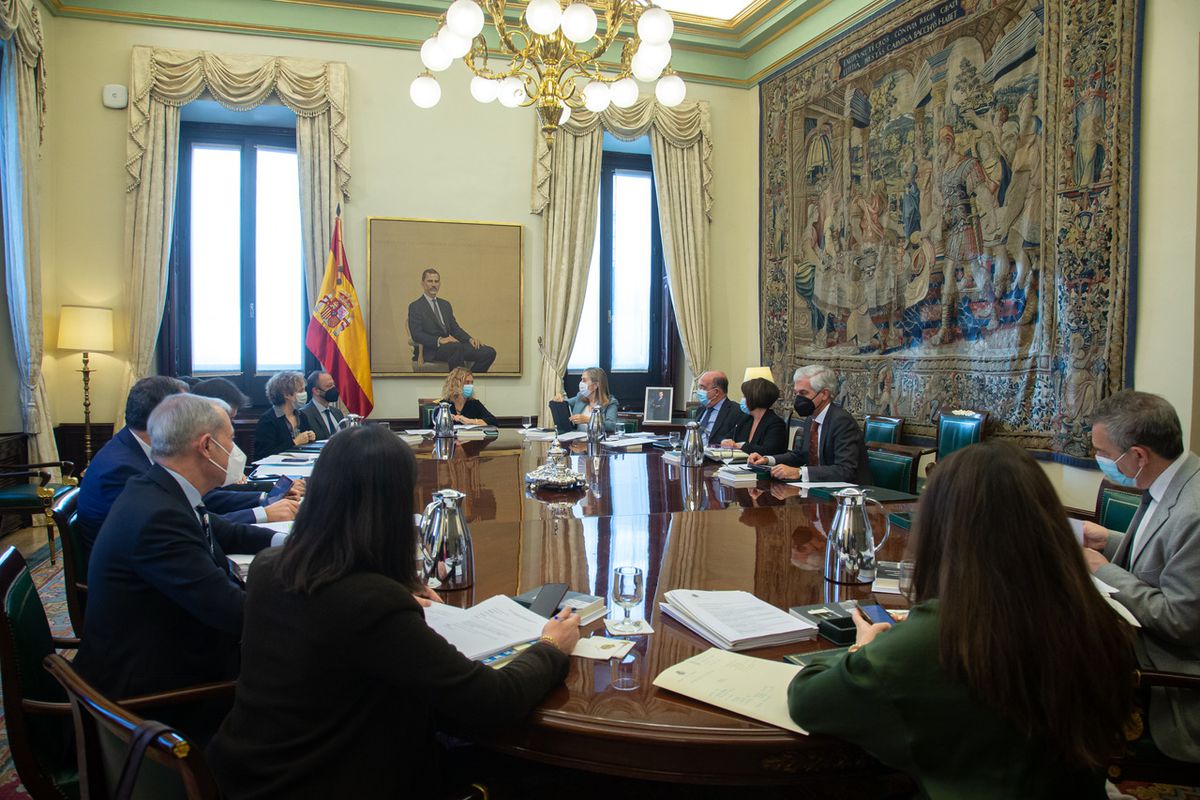 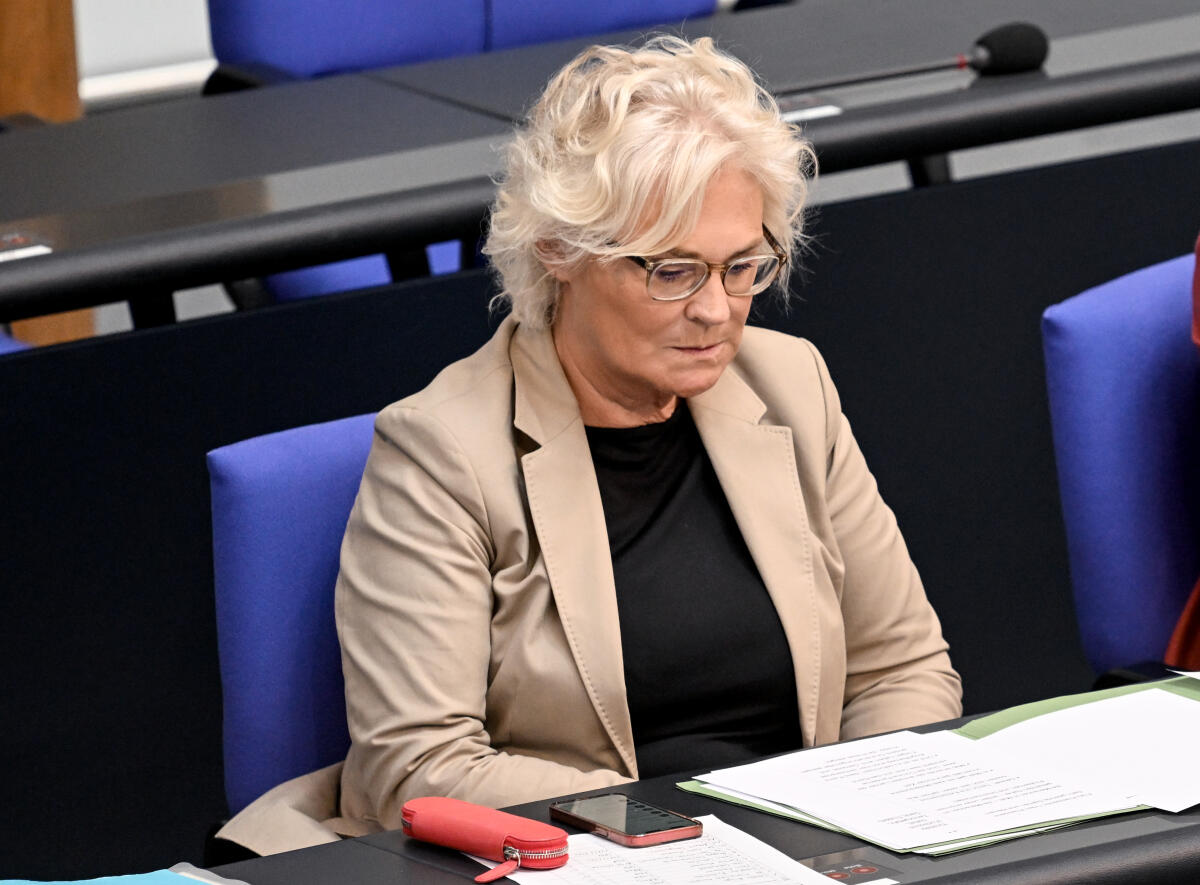 General Elections in France: How the National Assembly is elected 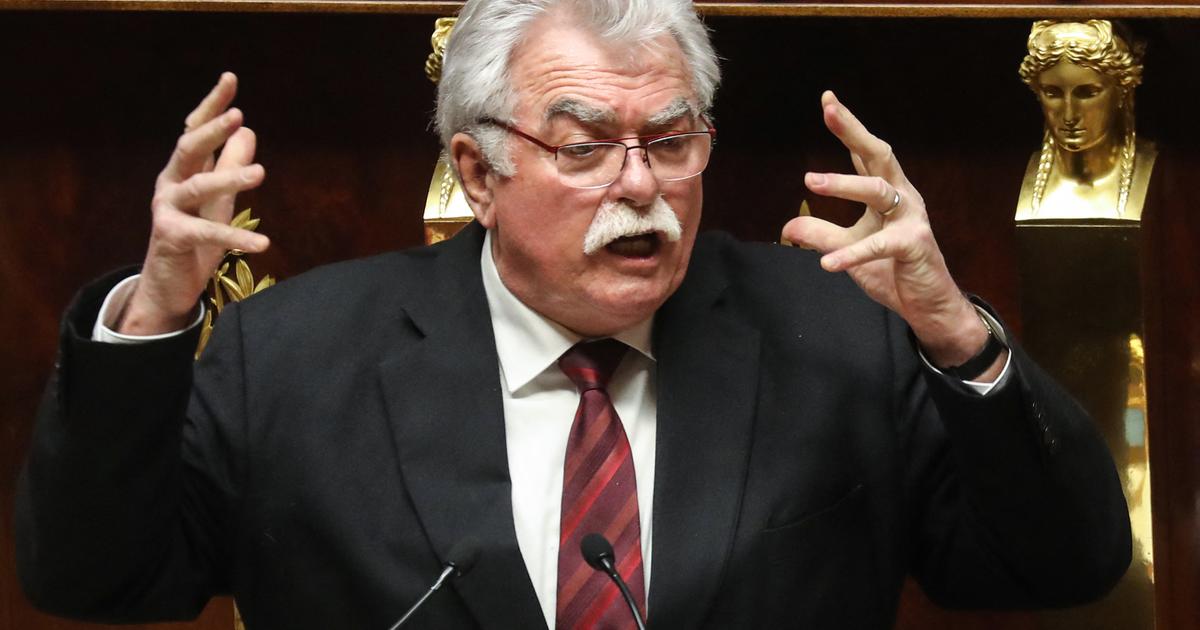 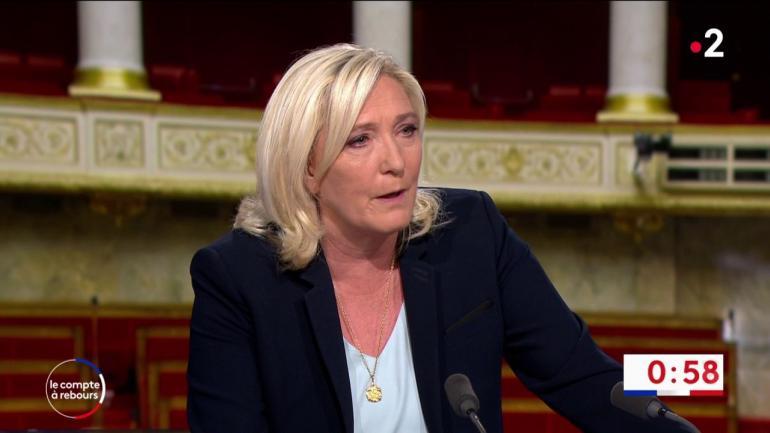 Legislative 2022: Le Pen targets at least 100 RN deputies in the Assembly, “even more” 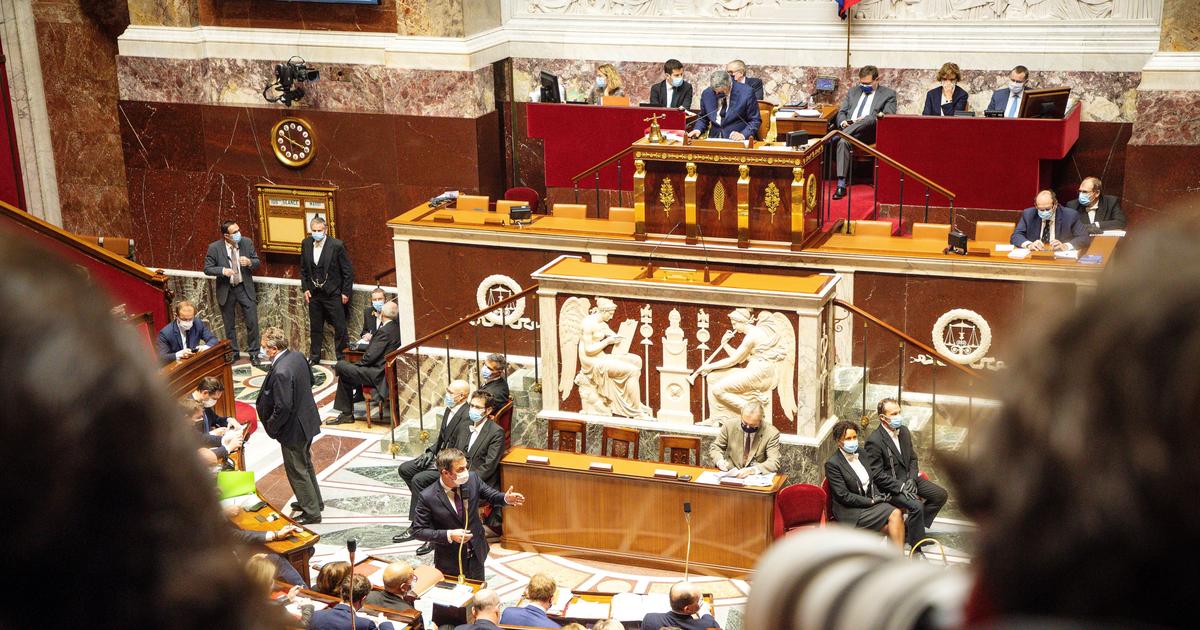 Legislative 2022: what is the role of parliamentary groups in the National Assembly? 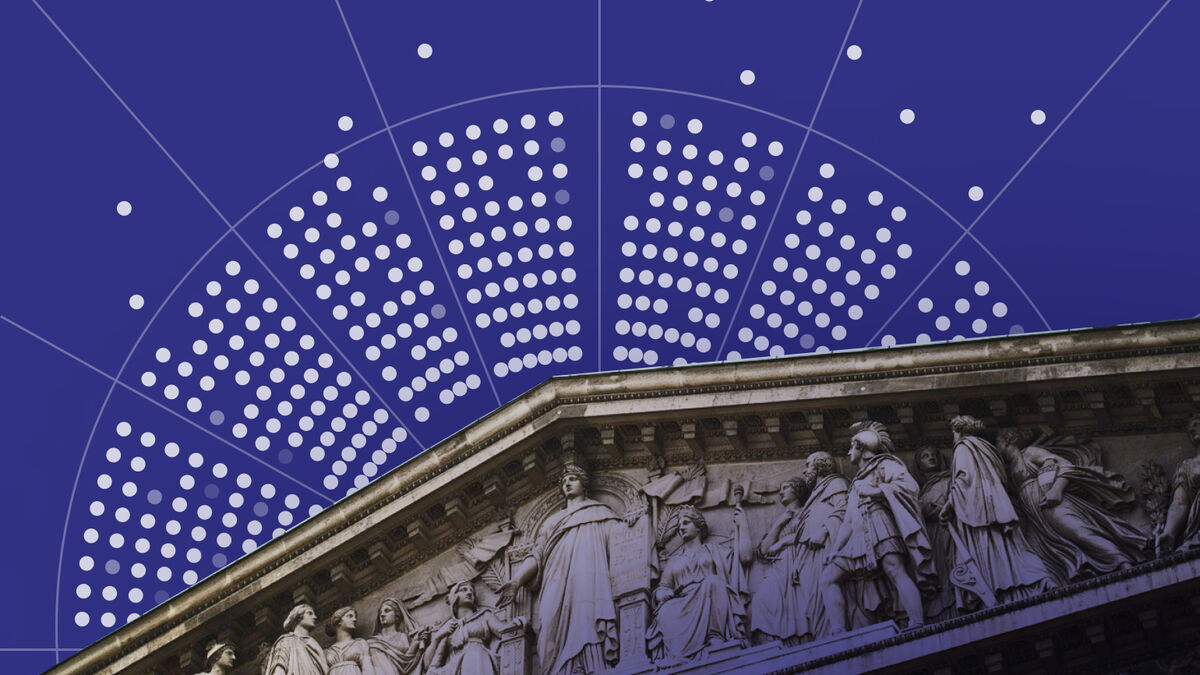 Legislative: the National Rally would obtain nearly 90 deputies, according to projections 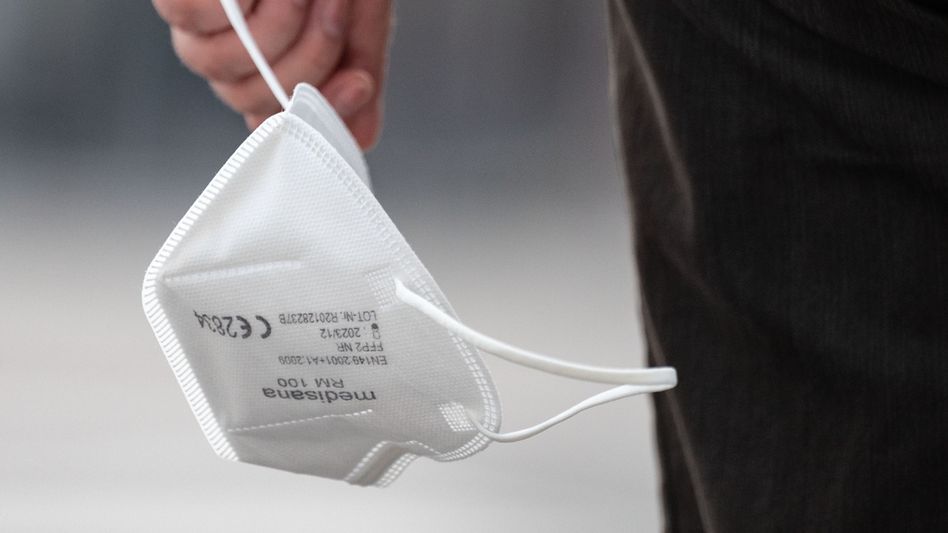