The road traffic regulations often apply to car parking spaces in front of hardware stores or furniture stores. But that doesn't mean that the same right-of-way rules apply everywhere as on the street. 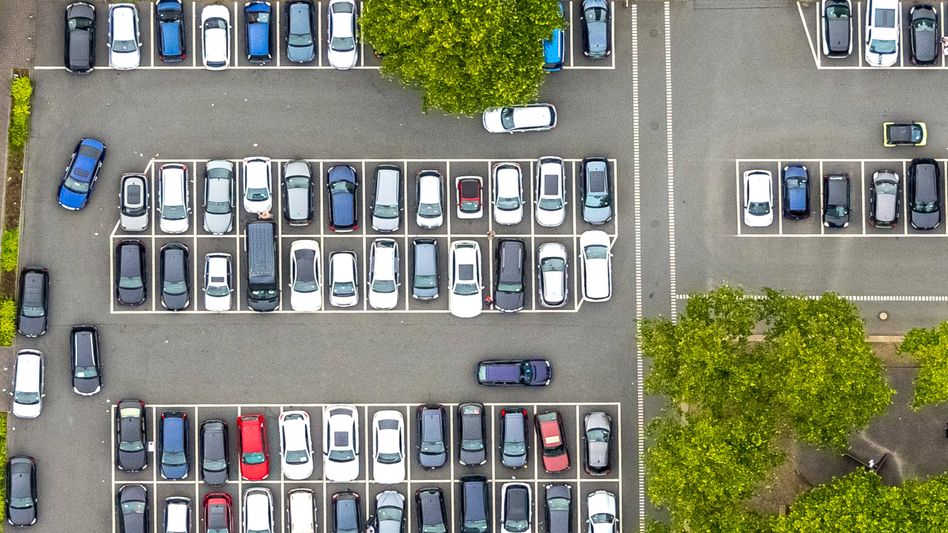 Please regulate the right of way yourself: search traffic in a parking lot

The standard right-before-left priority rule in road traffic expressly does not apply to some lanes in large car parks.

This was decided by the Higher Regional Court (OLG) in Frankfurt am Main, according to a statement on Thursday in a legal dispute over a traffic accident in a parking lot at a hardware store.

Where the streets are only used to look for a parking space, drivers are obliged to drive defensively and always communicate with each other in a way that is appropriate to the situation.

According to the Higher Regional Court, the car park operator had ordered the application of the road traffic regulations.

The court emphasized that their regulations are also generally applicable to publicly accessible private parking spaces.

However, the right-before-left right-of-way rule only applies to those lanes that have "clear and unmistakable street character" - i.e. wider entrances and exits to the parking lot.

However, this does not apply to the other lanes lined with parking boxes, which clearly do not serve the purpose of flowing traffic and are only intended to look for a parking space.

Rather, the "principle of mutual consideration" applies there, the Higher Regional Court emphasized in its non-contestable decision.

In the present case, two drivers collided at the intersection of two such smaller parking lanes.

They then argued about compensation issues.

One of the parties involved claimed that his right of way had been violated.

According to his judgement, the drivers now have to share the damage exactly, because their contribution to the accident is to be regarded as “balanced”.

Parking rules: Right before left does not apply automatically

Parking rules: Right before left does not apply automatically

Lidl/Kaufland: If you don't follow this parking lot rule, you could even face jail