What a show: The "Rehearsals" series was sold to the American streaming company Hollow - Walla! culture

"Rehearsals", winner of the eight awards of the Israeli Academy of Television, is coming to the United States for the first time. Starting this weekend it will be fully uploaded on Disney's streaming service

What a show: The "Rehearsals" series was sold to the American streaming company Hollow

"Rehearsals", winner of the eight awards of the Israeli Academy of Television, is coming to the United States for the first time.

Another success for the Broadcasting Corporation's original series here 11: After "Tehran", "Manaich", "Alumim" and "Lock Hour" - the successful series "Rehearsals" was also sold to the American streaming company Hollow ("The Story of a Slave").

The series "Rehearsals" aired in early 2021 on Here 11 and was the grand winner at the Academy Awards ceremony, where she picked up eight awards, including for Best Series.

It will air on Hollow's streaming services this weekend and will air in the United States.

Although Hollow belongs mostly to Disney, do not expect to see "rehearsals" at Disney Plus in Israel: the streaming service includes content produced by Disney under its many umbrellas, and not those purchased by other entities, such as a corporation here in this case.

The director of the drama department here 11, Roni Perry, said: "A particularly exciting achievement, which joins the list of successes that 'rehearsals' recorded.

The creators of the series, Assaf Amir, Noa Koller and Erez Driggs, added: "This is wonderful news. We are excited, it is an achievement for all the people who took part in the work, and an opportunity to thank the corporation and especially the CEO of the Broadcasting Corporation And former corporation CEO Eldad Koblenz for the trust in the long-running process and the joint work.

We are especially happy on behalf of all the creators of the series and the actors that a small and so Israeli comedy series will be presented to the American audience in Hebrew, now we look forward to seeing how it will be received by the American audience, in the hope that they will love it. "

"Rehearsals", a romantic comedy, tells the story of Iris (Noa Koller) and Tomer (Erez Driggs), an unrealized theater creator who, after five years of a stable relationship, go through a difficult separation.

The problem is that a moment after Tomer leaves the house, a dramatic message is received - their joint dream project was accepted for production at the "Mishkan Theater", the largest theater in the country.

Now they are forced to work in the rehearsal room as fresh exes alongside a pair of selfish TV stars (Lake Rodberg and Itai Turgeman), who only complicate matters, in a play based on the characters of Iris and Tomer.

Since the affair of the series 'troubling correspondence with the series' creator, Erez Driggs, has erupted, many questions have arisen about the continuation of the beloved series, which has gained immense popularity.

In the interview he apologized to all the women to whom he had written blunt messages.

In a post he posted on Facebook, Driggs referred to his sex addiction, which he claimed caused him to be "an embarrassing, rude, insensitive and self-centered figure."

He went on to explain that he does not use addiction as an excuse: "I do not hide behind my addiction, it is not the reason for anything bad I have done or will do in my life. But it has led me to live such a lifestyle that also included quite a bit of self and other harm. Most to the question of whether you are addicted or not. "

In an interview with Yedioth Ahronoth about four months ago, former Here CEO Eldad Koblenz said: "As I understand it, Noa Koller retired from the project.

According to the information I have, she has decided not to write another season for the excellent series.

It's very unfortunate for me. "

What a show: The "Rehearsals" series was sold to the American streaming company Hollow - Walla! culture 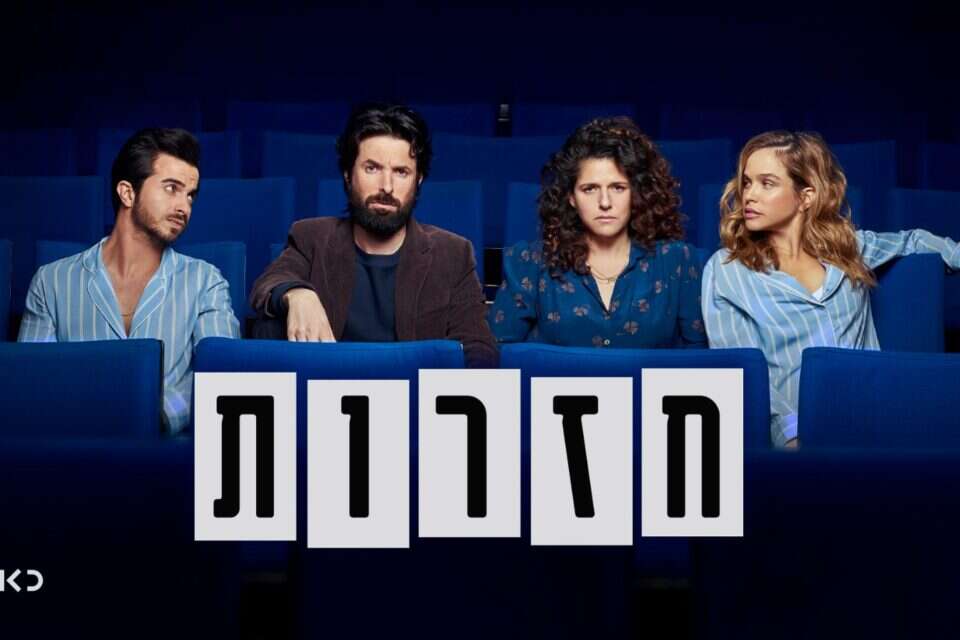 The show continues: "Rehearsals" has been sold to streaming company Hulu | Israel today

Sex, drugs and rock 'n' roll: how ironic it is to break the law to see this series - Walla! culture

Turbid magic: The launch of Disney Plus in Israel is an insult to the local audience - Walla! culture

The second season of "Lock Hour" will take place during the First Lebanon War - Walla! culture

The opening of the third season of "Doubles" proves that she's here to give a fight - Walla! culture

After breaking her leg: Bar Sommer is forced to retire from "Dancing with the Stars" - Walla! culture