That's all the magic: Harry Potter came to the Philharmonic, and the audience left bewitched - voila! culture

It wasn't the Philharmonic's most complex concert, but the audience went out of their way and fell in love all over again with the story that conquered the world

That's all the magic: Harry Potter came to the Philharmonic, and the audience left bewitched

The first film in the "Harry Potter" series was screened last night at the Culture Hall in Tel Aviv along with a full orchestral performance of the soundtrack written by John Williams.

It wasn't the Philharmonic's most complex concert, but the audience went out of their way and fell in love all over again with the story that conquered the world

The British conductor, Timothy Henty, in a speech in Hebrew to the audience at the Culture Hall at the Philharmonic's concert with the first "Harry Potter" film (Amit Salonim)

The book "Harry Potter and the Philosopher's Stone", the first in the series of books that conquered the world, was first published 25 years ago in England.

When the book arrived in the USA, the local publisher changed the name of the book to "Harry Potter and the Sorcerer's Stone", probably out of fear that the young American audience would be frightened by the original name. It's funny to remember it a quarter of a century later, when author JK Rowling became the first billionaire in the history of the literary world.

Rowling has been making headlines in recent years mostly for negative reasons. America's Woke culture has put her in the crosshairs in an unusual way. Very few corrupt public figures or convicted felons have received such a wave of scorn and hatred as liberal activists themselves are trying to incite against Rowling, whose ultimate sin is He expressed a different opinion (albeit incorrect). A contemporary example of trolling occurred when the International Quidditch League (yes, there is such a thing) decided to change the name of the game to "Quadball", to distance itself from the name of the woman who invented the game.

But no matter how many articles are written against Rowling, and even some late reviews try to poke around and look for problems in the Harry Potter books - the rare literary power that emerges from the seven books of the series continues to attract new young readers around the world every day.

Now, the Israel Philharmonic Orchestra also decided to squeeze a little more out of Rowling's lemon, and make a great lemonade out of it.

The Culture Hall was filled twice last night with thousands of spectators of all ages, who came to watch the screening of the first film in the series with full orchestral accompaniment to the John Williams soundtrack.

Can we still say quidditch at all?

Harry Potter and the Philharmonic at the Culture Hall (Photo: Shay Skiff)

To be clear, this is not John Williams' most complex or moving score.

It's not even in the top 10 of the soundtracks he wrote.

If Ennio Morricone is the Mozart of the film world, then Williams is at least Beethoven.

At 11 o'clock in the morning it was impossible to find a free seat in the Culture Hall, which went out of its way every time a new character was shown on the screen.

The "bad" characters like Malfoy received raucous boos, while Hermione Granger received standing ovations just for being there.

Some of the spectators in the stands came with wizard hats, some with Hogwarts suits, some with Gryffindor scarves.

It was a colorful celebration of people who just came to enjoy themselves, and the most respected orchestra in Israel just joined the celebration.

Usually the audience does not "interfere" so much during a performance by the Philharmonic, but this time these interruptions were really encouraged by the British conductor, Timothy Henty, who opened the concert with a lovely speech in Hebrew, even though he does not know a word of the language.

Could he have used a Babylonian fish?

In any case, the loud disturbances from the audience did not really damage the musical piece, but even added a layer of magic to the already special concert.

Attacking the rapist, raging on the media: Moshe Katsav has become his own greatest enemy

Even the blurry screen didn't spoil the fun.

The Philharmonic and Harry Potter at the Culture Hall (Photo: Shay Skiff)

Still, something in the pure magic of the initial introduction to the character of Harry Potter on the big screen, together with the pure sounds of the Philharmonic, managed to arouse in the thousands in the stands pure excitement.

Even the fact that for about half an hour of the screening the screen was completely blurred and unwatchable did not prevent the audience from being carried away with the magic.

It's fun to see the Philharmonic perform a little outside the box, in front of a young and emotional audience.

At the end of the concert, there were quite a few sparkling eyes in the audience, even though there was no one who did not know the piece, the story or the film.

That's how it is when beautiful things meet together.

Who knows, maybe out of this crowd will grow some more future subscribers to the orchestra's classical series.

Compared to the imaginary magic created by Rowling, the magic of music can be experienced for real.

That's all the magic: Harry Potter came to the Philharmonic, and the audience left bewitched - voila! culture 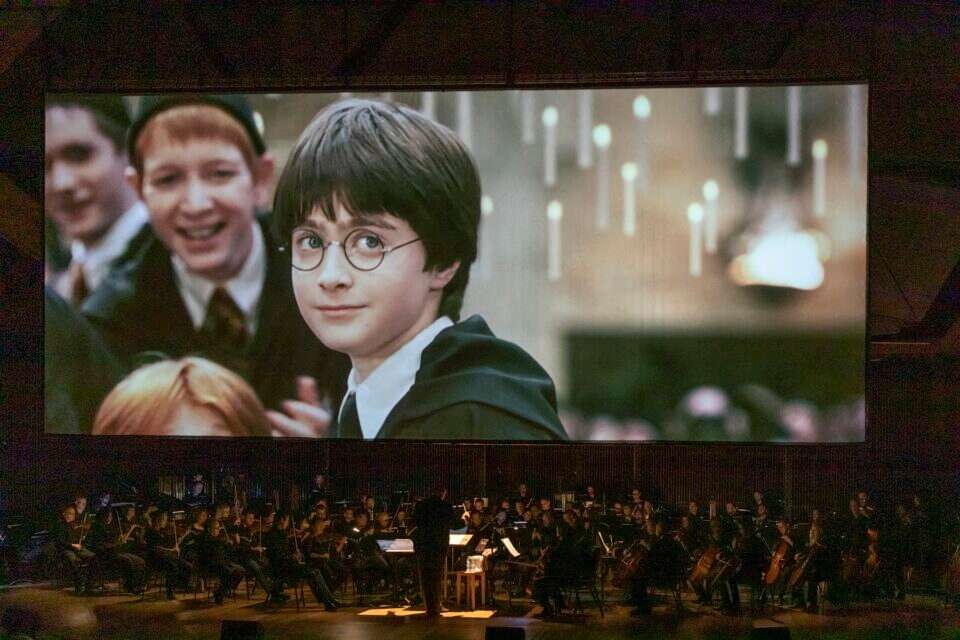 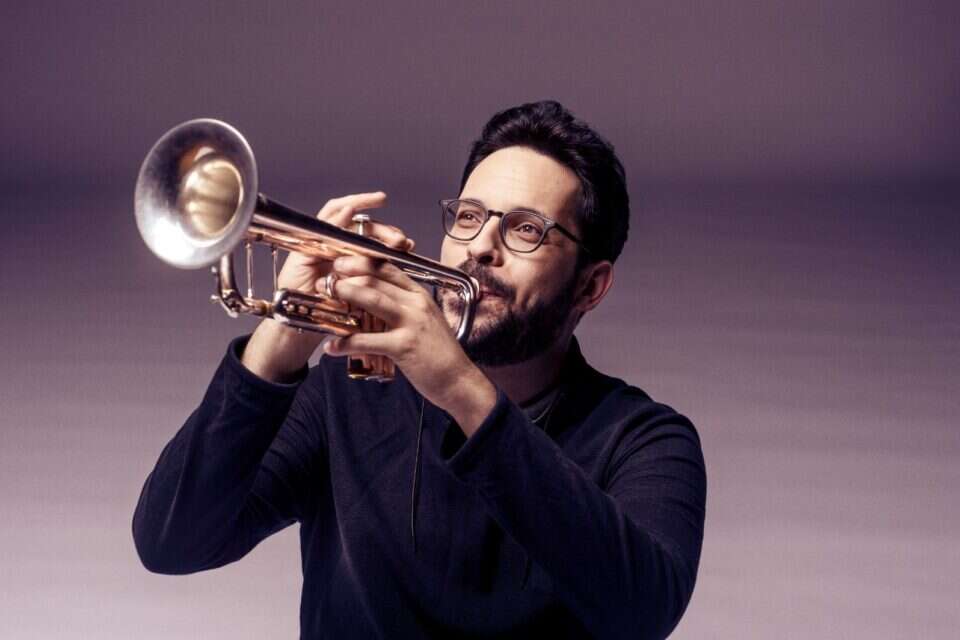 Harry Potter book: the selection of the best of the saga and its derivatives

You won't believe how Draco and Lucius Malfoy from "Harry Potter" look today - and how close they are - voila! culture 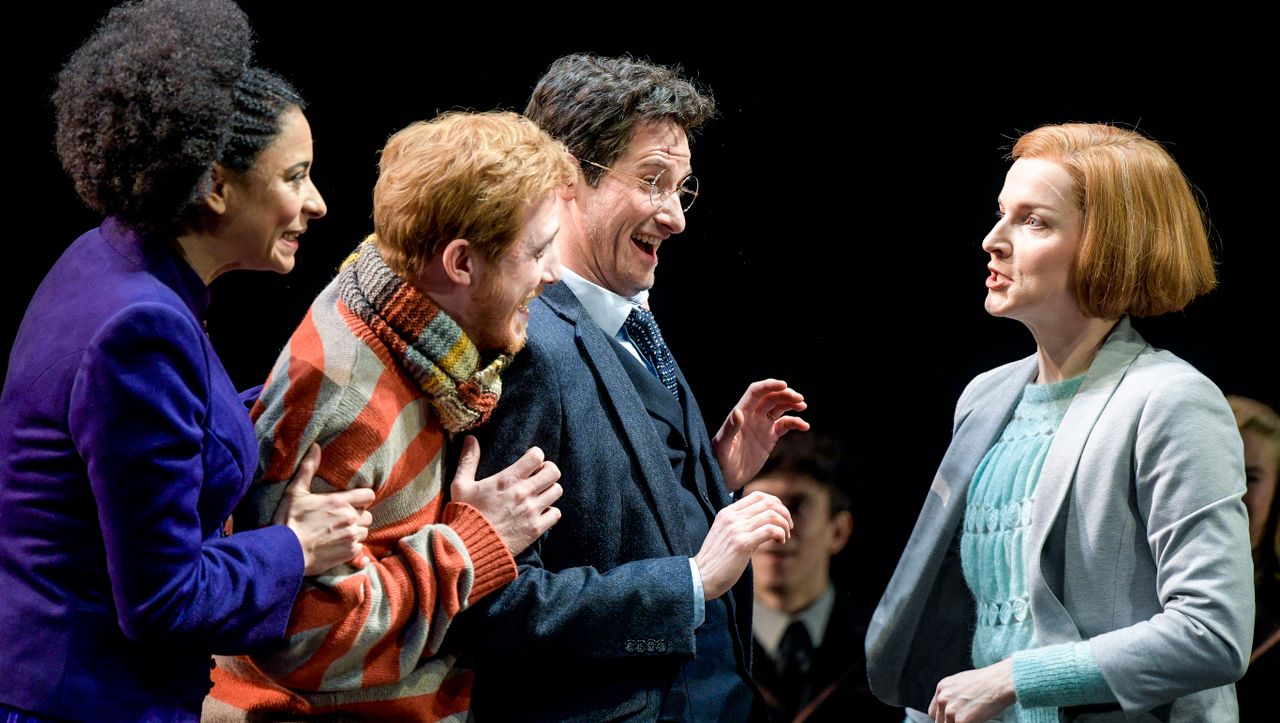 "Harry Potter and the Enchanted Child": Hamburg play is getting shorter