This movie is silly and annoying, but it shows what class Brad Pitt has - voila! culture

"The Bullet Train" turns out to be a nonsensical and rather tedious thriller, and the translation of the dialogues into Hebrew is beyond criticism, but at least it serves as a stage for Brad Pitt's nonchalant class

This movie is silly and annoying, but it shows what class Brad Pitt has

"The Bullet Train" turns out to be a nonsensical and rather tedious thriller, and the translation of the dialogues into Hebrew is beyond criticism, but at least it serves as a stage for Brad Pitt's nonchalant class.

In any case, these will be our troubles

Trailer for the movie "The Bullet Train" (Film Forum)

As far as leisure culture is concerned, the aviation chaos was one of the biggest stories of the past year.

But even though it is an ever more popular means of transportation, contemporary cinema does not often deal with airplanes - perhaps because it is mostly about flying buses, devoid of any grace or charm.

On the other hand, the big screen continues to have a love story with trains, which are a much more romantic means of transport.

Cinema's romance with the track began in its early days, with films such as "Train Leaving the Station" and "The Great Train Robbery", and continued in recent years with "The Ice Train" and "Train to Busan".

Now comes "The Bullet Train", which was released in Israel and around the world this weekend.

It's an English-speaking Hollywood movie, but it's based on the book by Kotaro Isuke, one of Japan's most popular crime writers.

Like the original, the film version also takes place on the train between Tokyo and Kyoto, which is known as the "bullet train" due to its speed,

Like the book, the movie describes how a bunch of assassins find themselves on this train.

The difference is that in the film version, most of the characters come from the Western world - although of course the casting takes care of ethnic diversity, and there are blacks and Latinos.

How is it possible that 90 percent of the passengers on the train from Tokyo to Kyoto will be Anglo-Saxons, played by Hollywood stars like Brad Pitt?

The "bullet train" is not concerned with such questions.

He also does not explain how it is that apart from the ticket holder, there are almost no ordinary passengers in the carriages, but only hired killers.

There is no external or internal logic in the script, and he does not try to hide it, but is proud of it and constantly emphasizes the nonsensical elements in it.

Over time, it becomes clear what led all the assassins to the same place.

Of course, we won't find out the answer, but we can say that it is related to a Russian mobster known as the "White Death", and he is so formidable that he managed to take over the yakuza;

In one of his children, and also in a suitcase in the hands of a pair of chatty assassins, one black and the other white, just like in "Cheap Literature" - a film whose inevitable influence is felt here throughout.

The story here is arbitrary, nothing makes sense, and even the heroes themselves loudly express amazement at the ridiculousness of the situation.

The "bullet train" is a so-called "agricultural film", with dozens of bodies on every acre.

The audience doesn't care about any deaths nor should they.

The film makes it clear from the beginning that everything here is one big nonsense - like a Looney Tunes cartoon, only with flesh and blood actors.

a lot of blood

This is not scriptural negligence, but an artistic choice.

It's a legitimate choice of course, certainly in the middle of the Hamsin, when the humidity doesn't allow mental activity and concentration on complex cinematic works anyway, but this action thriller fails to justify it with enough entertainment and escapism.

A hundred movies to watch on Netflix

The film was directed by David Leach, one of the veteran action figures in Hollywood, who was responsible for stunts in many films and directed other films himself, for example the successful "Deadpool 2", but this time his experience was not reflected.

Such an abstract script leaves a lot of room for virtuosic action scenes, but in "The Bullet Train" there is no extraordinary cinematic momentum.

The jokes are also uninspired, and the story is full of made-up clichés, for example a flashback that shows us stories of a thousand and one nights about a cruel mobster who will not hesitate to kill your neighbor's cat too if you owe him a shekel.

We have heard such stories a thousand times, including recently in the Israeli crime comedy "Hummus Paul Trailer".

If "The Bullet Train" had lasted an hour and a half, it could at least be considered a featherweight rhythmic thriller.

For some reason, it is spread over a little more than two hours, which makes it rather tedious and troublesome.

Two degrees nevertheless save the film and prevent it from becoming a train wreck.

First of all, the character design.

Some of them have a distinct and consistent character, and it is amusing to see how it accompanies and even serves them throughout the plot.

The assassin played by Brad Pitt, for example, is so exhausted and disgusted by his job that even the most horrible things go over his head.

Another assassin, played by Brian Tyree Henry, constantly quotes from the series "Thomas the Engine", which it turns out taught him everything he knows about life.

One of the passengers, played by Joey King who broke out in the "Kissing Booth" movies, pretends to be innocent and uses this innocence to deceive everyone around her and gradually turns out to be the true heroine of the plot.

The second advantage is the acting performances, which are several levels above any other aspect of the film.

Things are said about Brad Pitt, who brings here the energies he had in "Once upon a time in Hollywood" and is in one of the best periods of his career.

Because many refer to him as a "star", we sometimes forget what a great character actor he is.

In "The Bullet Train", the actor illustrates this again with his unique nonchalance.

Few actors throughout history have managed to be so hot without breaking a single drop of sweat.

The translation of the dialogues into Hebrew turns out to be gibberish.

There are also stars who appear here and we are prevented from mentioning their names.

The "bullet train" joins a trend that started in the Marvel movies and has been expanding recently.

That is, the tendency to combine stars and female stars who did not appear in the trailer or in any other official publication, and then appear in the film as a surprise, for a few seconds or a few minutes, and the expectation is that the audience will cheer enthusiastically at their appearance.

It's a lazy, boring gimmick, and the fact that this action thriller uses it proves how little it has to offer.

To all this, we will add another and unique complaint for distribution in Israel.

My colleague Yael again published a review of the film a few days ago and wrote: "And it should be noted that at the newspaper screening the translation attached to the film was unusually bad. I was told that it will be corrected as soon as possible. Report what you found out."

Well, I went to a commercial screening of the film on Thursday, and here I report what I discovered: the translation remains extraordinarily poor.

There are just spelling errors, and there are more fundamental things.

When one of the characters talks to a girl and calls her "Kid", it translates as "child".

It is not clear whether the translator was a machine or a human being, but in any case it is clear that he did not watch the movie.

What is the logic of translating like this, in such a literal and mechanical way?

Even machines should have more intelligence and logic.

This is only a partial list of mistakes, and the full list is longer than the movie itself.

It is known that the level of translation of films and series is decreasing, and here we have a new low moment.

Is that why we pay NIS 47 per ticket?

On the other hand, these will be our troubles right now.

This movie is silly and annoying, but it shows what class Brad Pitt has - voila! culture

Despite Brad Pitt, this movie is not really cool | Israel today

From a skirt to a green suit: this is the one responsible for Brad Pitt's new style - voila! Fashion 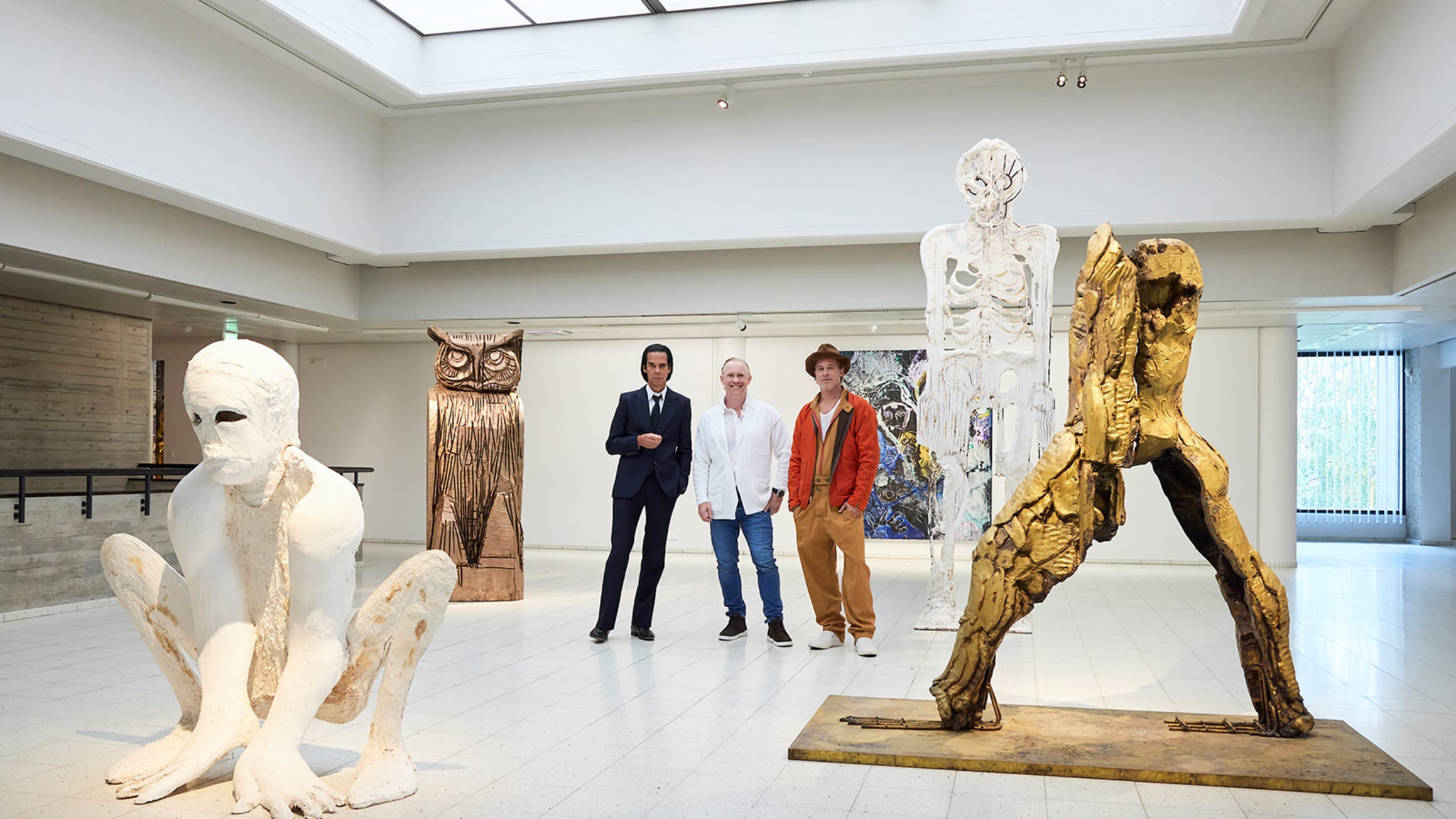 Brad Pitt debuts as a sculptor at exhibition in Finland 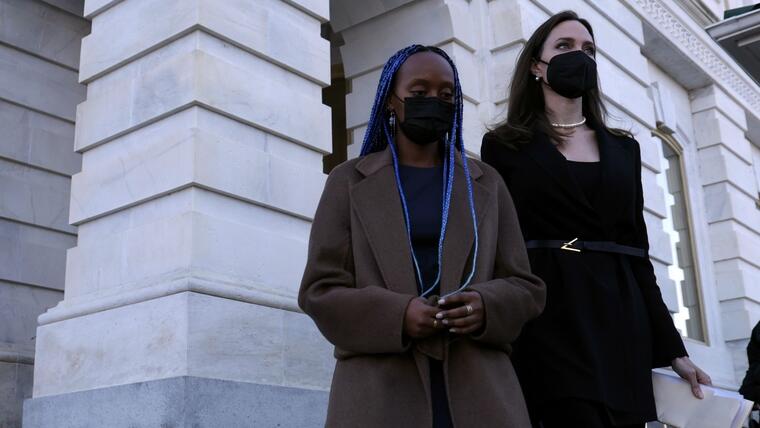 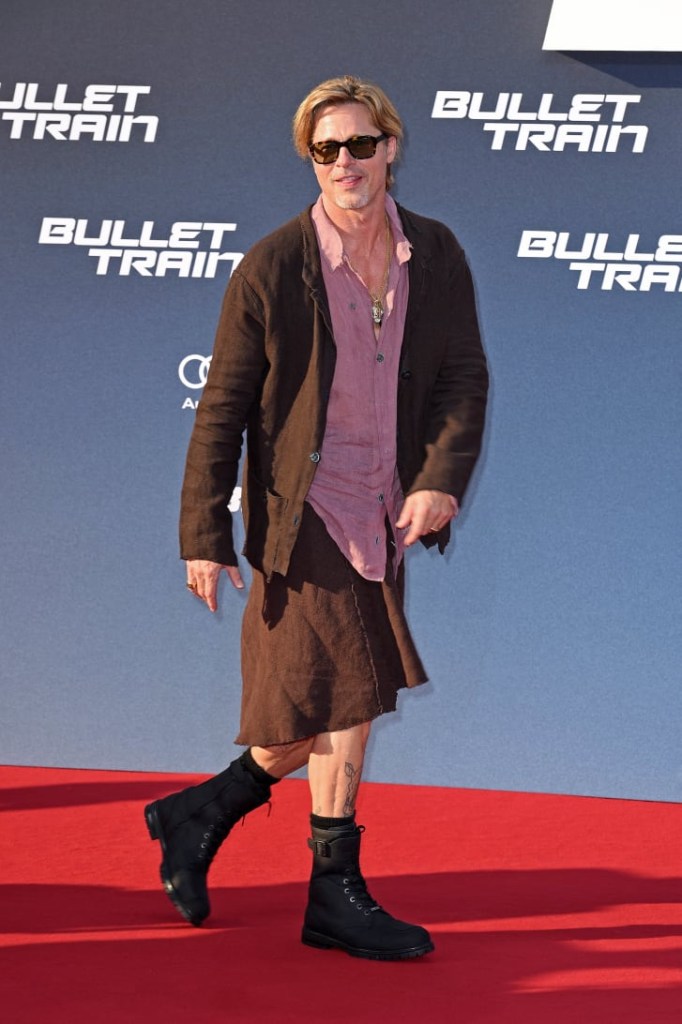 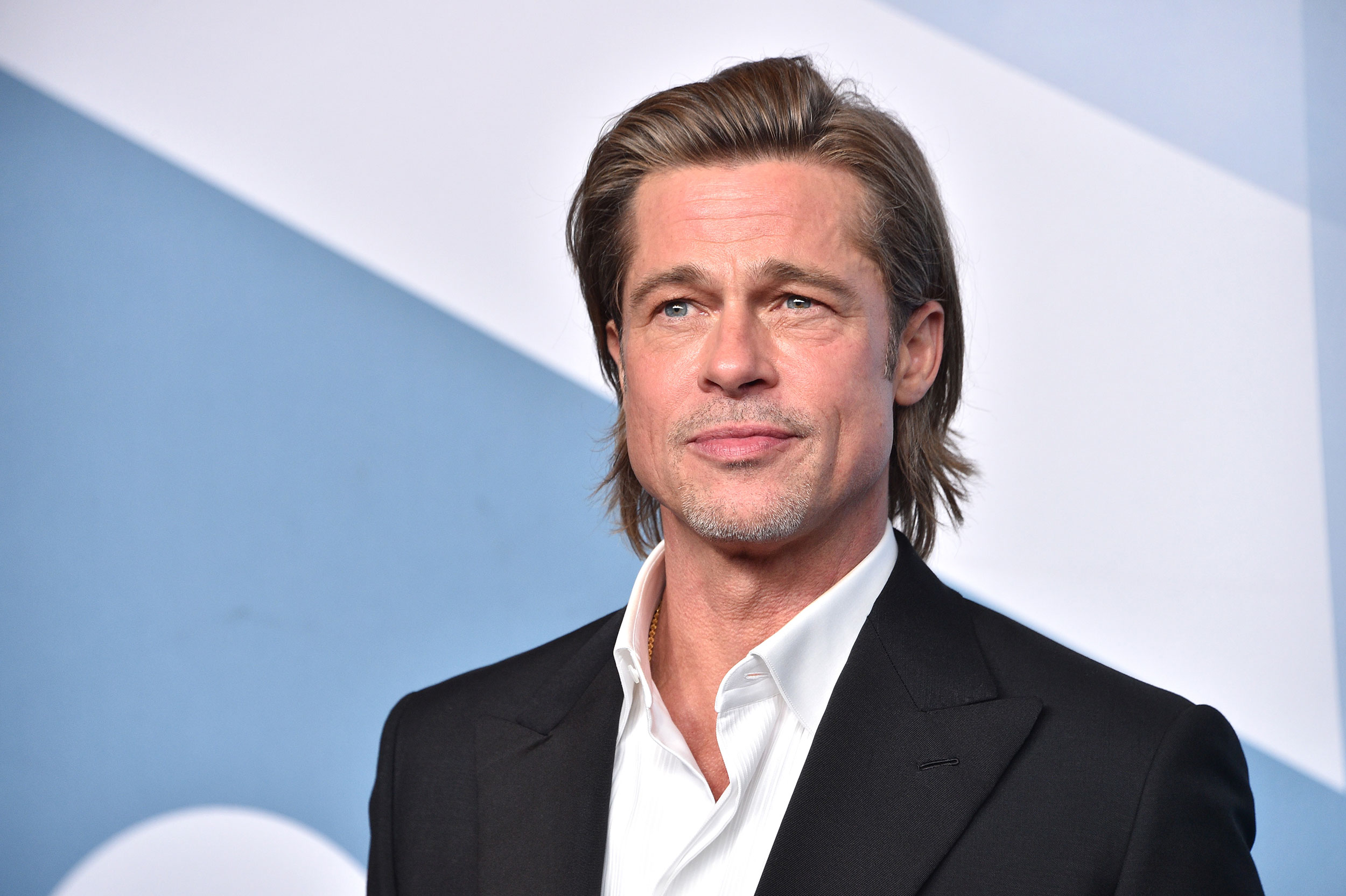 What is prosopagnosia, the disease that Brad Pitt suffers from and what causes it? 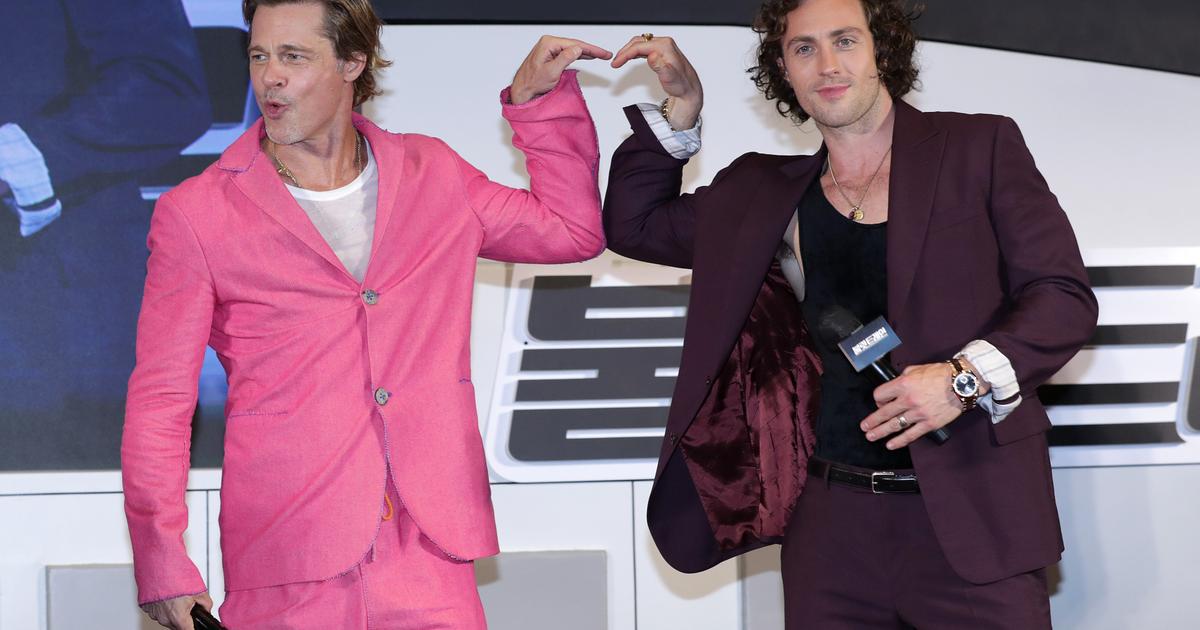