A professional committee of the broadcasting corporation chose the singer about a month ago, and now the official announcement comes at a press conference held in Tel Aviv. So far no information about the song selection procedure has been published

Eurovision 2023: Noa Kirel officially announces that she will represent Israel in the competition.

A professional committee of the broadcasting corporation chose the singer about a month ago, and now the official announcement comes at a press conference held in Tel Aviv.

So far, no information has been published about the procedure for selecting the song that will represent Israel in the competition

Noa Kirel and representatives of the Public Broadcasting Corporation here held a celebratory press conference this morning (Wednesday) in Tel Aviv, where it was officially announced that the singer will represent Israel at Eurovision 2023, which will be held in Great Britain.

To this day, about a month after the selection of Kirel, no information has yet been published about the procedure for selecting the song that will represent Israel in the competition.

"I am very excited. I feel that we are embarking on a mission that came to me as a complete surprise," the singer said in a statement that opened the event.

"Recently, I also learned about the risks and that not everything has to do only with art and performance. I am proud to embark on this mission, which for me is a national mission."

In response to the question of what her conditions were, Kirel said "I wouldn't call it conditions. I believe that I was chosen for a certain reason. It was important for me to have my artistic freedom. I felt that I had my back and that they believed in me."

In response to the question of whether she is afraid of not making it to the finals or being ranked low, she said, "Obviously there are concerns. This is one of the biggest stages in the world. And of course it's scary. And politics is also involved. And there are things that are beyond my control. I put the fear aside. I come to do the My best."

As I recall - and as first published on the Walla!

- About a month ago, a professional committee of the broadcasting corporation chose Kirel to represent Israel in the competition from a closed list of the 78 artists played in Israel or those who stood out in the charts of the last three years.

That evening, on behalf of the singer, they expressed joy at the decision, even though the choice was a "complete surprise" for her, as stated at the time.

Later, there were even speculations that Kirel would withdraw from accepting the election.

In an interview with Avner Shavit in Vala!

Tarbut about two weeks ago, the singer said that she has not yet made a final decision on the matter - but that the chances are "high" of her participation.

Israel was represented this year by Michael Ben David, who failed to qualify from the semi-finals - Israel's first time since 2014.

No need to call an ambulance for her: Noa Kirel mainly has something to gain from Eurovision

The next Eurovision was supposed to be held in Ukraine, after its representative for the competition, the band Kalosh Okstra, won the last competition held in Italy.

However, due to the Russian invasion and the ongoing war in the country, the European Broadcasting Union concluded that it would not be possible to hold the competition there, and apparently it will be Britain that will host it. 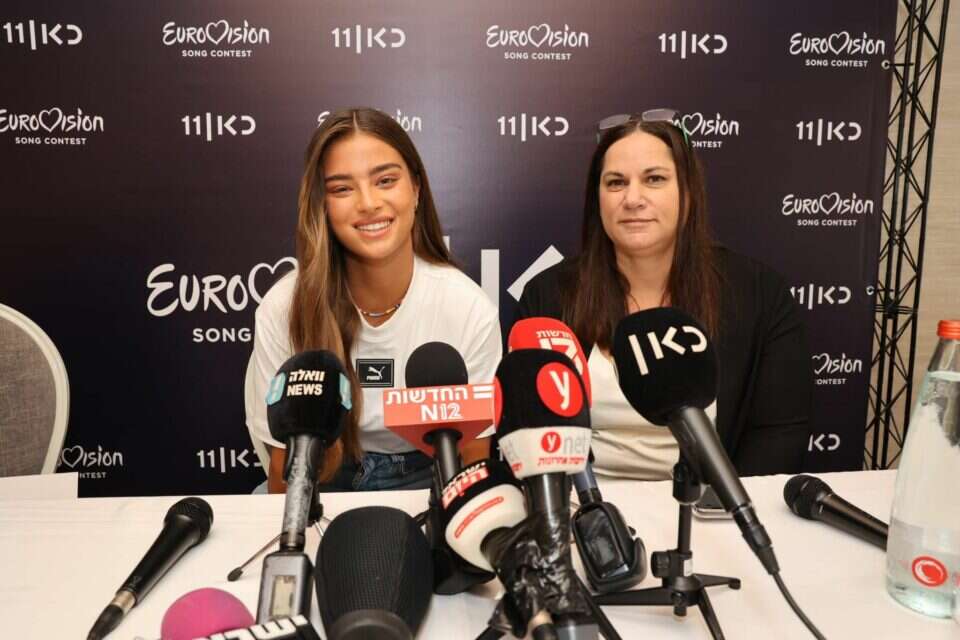 In front of tens of thousands of spectators: Noa Kirel conquers the Yarkon Park - voila! culture

Noa Kirl on the Eurovision Song Contest: "There is a risk, this is a competition with a lot of politics" - Walla! Celebs

"Thank you Israel for sending this icon": This is how the world reacts to the choice of Noa Kirl for the Eurovision Song Contest - Walla! culture

I don't need a chorus, just fly to Eurovision: the interview with Noa Kirel provided a decisive conclusion | Israel today