The decline of the generation: the ambitious journey to Mars of "For the sake of all humanity" encounters human mediocrity - voila! culture

Even in its third season, the Apple TV Plus alternative history series about the great space race provides moments of emotional transcendence and tremendous tension. But she has some serious problems

Even in its third season, the Apple TV Plus alternative history series about the great space race provides moments of emotional transcendence and tremendous tension.

There are more than enough clear reasons to fall in love with Apple TV Plus "for all mankind".

Most of them have been described in detail here in a review of the first two seasons of the epic drama.

But there is one more year, and it seems to be most prominent in the third season of the series (the tenth and final episode of which aired last Friday).

Alongside its series of "what if" questions, "For All Humanity" never ceases to wonder how human greatness affects us.

Does it, as we tend to think, make us more humble, bring us closer, inspire us to be better, or is it just a cover?

At the end of the day, is human nature stronger than any momentary and unrepresentative transcendence?

This question is important because "For All Humanity" is first of all a series about humanity.

Next to all her impressive technical achievements, next to all the wisdom and space jargon, she is the sum of the strengths and weaknesses of her heroes.

The ability to be simultaneously huge symbols, and also flawed human beings who often succumb to their most basic urges.

This is also the beginning of the current season's problem: the quality of the first seasons was built on characters who managed to reliably carry these two extreme poles.

They were larger than life and also as tiny as us.

But the inherent time jumps of the series led it to generational changes, and these did not always do it good.

Can't convince for a moment.

Danny, "For the sake of all humanity" (Photo: Apple TV Plus)

It is not clear why the series is wasting time on him.

Jimmy, "for the sake of all mankind" (Photo: Apple TV Plus)

Already at the end of the third season we knew that "For All Mankind" would shift its focus to its space race to Mars.

But a smart script choice managed to make it even more interesting.

Instead of the two-headed race of the two great powers to which we have been accustomed until now, it adds a new side: "Helios", a private company that seeks to defeat the old institutions with breakthrough technology and place the first human foot on the Red Planet.

The cards are even more stacked when the Helios spacecraft is chosen to lead none other than Ed Baldwin (Joel Kinnaman), who lost the battle to lead the NASA mission to Daniel Paul (Kris Marshall). This separation of powers creates a lot of interest, and one The best episodes in the series - documenting the results of this tight race.

The struggle to get to Mars and then for the resources hidden within, brings out of "For All Mankind" all the good we already know: poetic moments of heart-expanding beauty, alongside nerve-wracking dramas and heartbreaking moments - in space and on Earth.

It adds the entrepreneurial dimension to its relentless human examination, and raises quite a few thoughts about completely real corporations and their ambitions to make history at any cost - human or financial.

In general, over the season constantly hovers the question of whether Mars is a goal to expand the human horizon or just proof of the superiority of the winners in their own eyes - both externally and internally.

Mainly in view of the fact that the new president is none other than Anne Wilson (Judy Balfour), another retired NASA heroine.

We've never seen the hero of the Masterpiece series like this, and it was terrible

The daughter fails to live up to her father's standards.

"For the sake of all humanity" (Photo: Apple TV Plus)

The problem is that this time, unlike in the past, the bearers of the burden feel much less worthy.

Already in the previous season, the plot about the secret romance between Karen Baldwin (Chantel Vansten) and Danny Stevens (Casey V. Johnson) was one of the most absurd and weak in the series.

What a shame that over the years Danny actually became an astronaut, and one more that Ed - no doubt inspired by the young man's father's pangs of conscience - decides to take him with him as his right hand man to Mars.

Left on Earth is Danny's younger brother, Jimmy (David Chandler), whose parents' tragedy has turned him into a combination of antipath and anarchist.

Nothing about this pair of siblings manages to convince that they are the offspring of Gordo (Michael Dornan) and Tracy Stevens (Sarah Jones).

Certainly not in the aesthetic sense, but much more important - also in terms of character.

If the series wanted to play on this gap to emphasize the generation gap, it is doing itself a disservice.

Not only does Danny fail to convince for a moment of his qualities as a professional, also his choices, tantrums and reactions to events around him, lack credibility and arouse disgust.

A character for whom there is not an ounce of appreciation, as well as her dilemmas or background.

And if Danny is a douche, then his brother is unfortunate from heaven that it is not really clear why the series chooses to waste screen time on him.

Its dramatic ending is connected to it in a certain way, but it could certainly have been done without it.

A very intriguing treatment of women's and LGBT issues. "For the sake of all humanity" (Photo: Apple TV Plus)

It's not just the two brothers.

Kelly Baldwin (Cynthia Wu), Ed's adopted daughter and an astronaut (but what) in her own right, also fails to live up to the standards set by her father.

To her credit, a somewhat telenovela plot doesn't help her either, but even as a character in her own right, she lacks spirit or charisma.

On the other hand, the founder of Helios, Dev Aisa (Eddie Gatji), who is supposedly supposed to embody some kind of high-tech villain - also lacks the power required to create an impressive footprint of his own in the series.

There is none of the Elon Musky in him, nor, on the other hand, the Mark Zuckerbergian malice, which hides evil under a bleak mantle.

A furry villain of the kind that doesn't hurt the series, but certainly doesn't help it rise above the worst parts of it.

Also in the third season "For the sake of all humanity" more than once exceeds the hour per episode, but this time these periods of time are a little more jarring, due to less tight sub-stories or characters whose engagement is much longer than necessary.

To its credit, for every such misstep, there is an exciting development on the Red Planet, or a political drama against the background of global social changes (with a very intriguing treatment of issues of women in key roles and the LGBT community). It feels as if "For All Humanity" presses the gas and then leaves , puts us on an exciting track and then leaves us on overly autopilot.

This season is successful, but the series just hurts itself over and over again

"For the sake of all humanity" (Photo: Apple TV Plus)

Still, in a season that is far from perfect, with a choice of characters and sub-stories that could have been much better, "For All Humanity" continues to be one of the most impressive and inspiring series on our screen.

The visual envelope continues to be impressive even by cinematic standards, with outstanding cinematography and direction - including a final episode that reaches emotional intensities that are perhaps a record in the entire series.

It seems that this season requires even more patience than its predecessors, but knows how to reward those who are willing to go with it even in much less flashy moments.

The decline of the generation: the ambitious journey to Mars of "For the sake of all humanity" encounters human mediocrity - voila! culture

"Westworld" season 4 episode 8: As long as the last person who remembers you lives - voila! culture 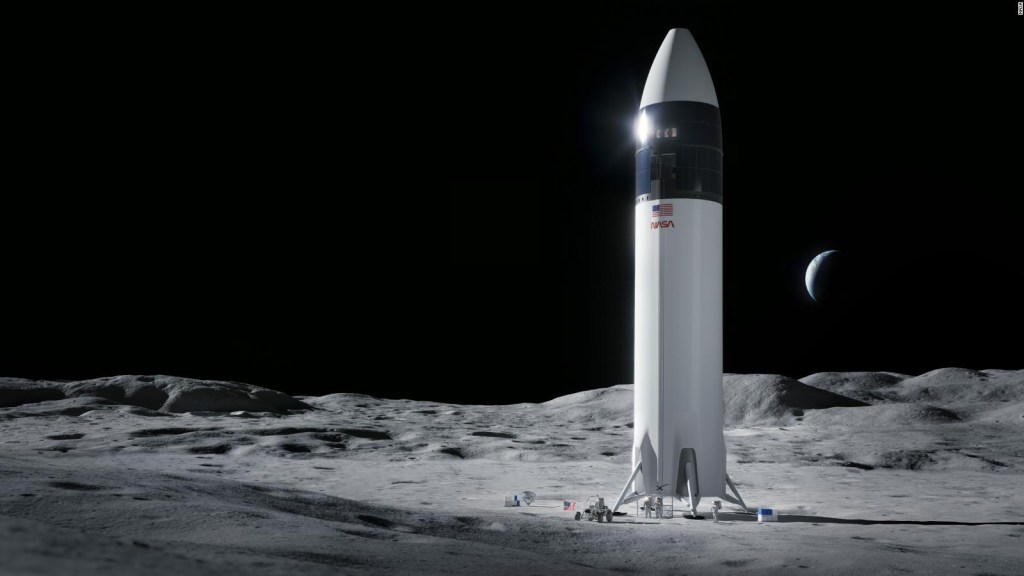 Why does NASA want to go back to the Moon before sending humans to Mars?

SpaceX President: "Mankind Will Reach Mars Before the End of the Decade" - Walla! technology 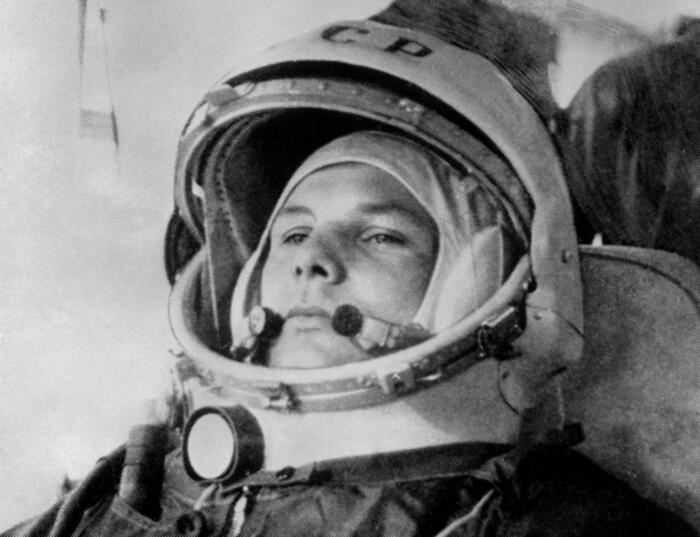 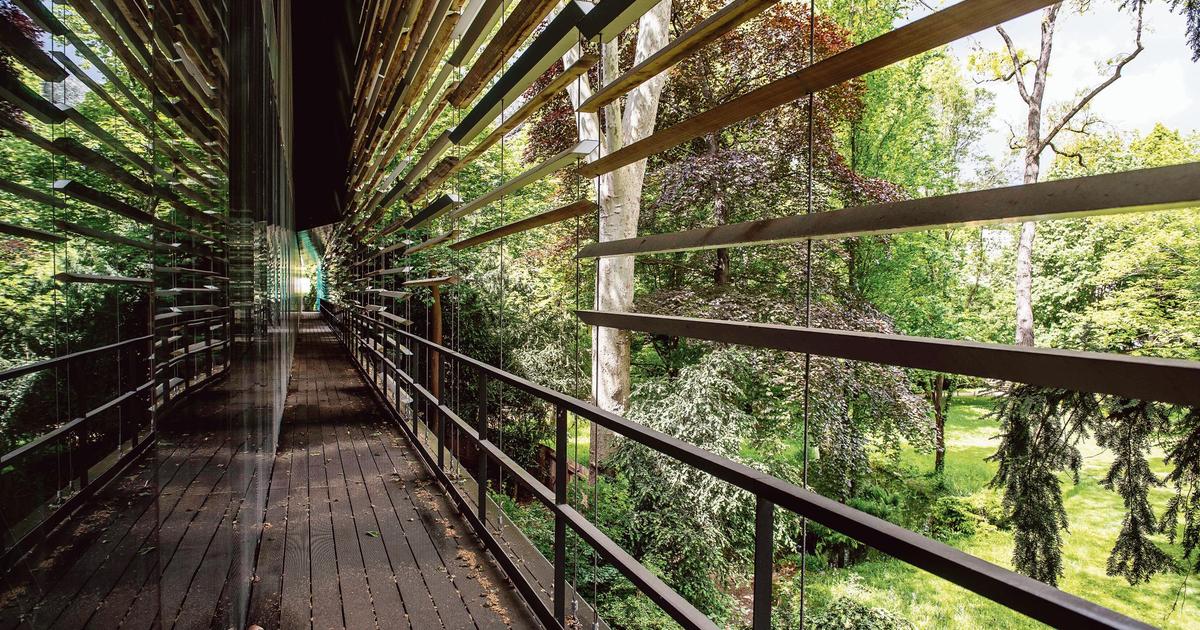 The revival of the Albert-Kahn Museum: opening up to others and to the world