Last week, the authorities reported that a child in Germany had contracted monkeypox for the first time. But further tests show that it was a false alarm. 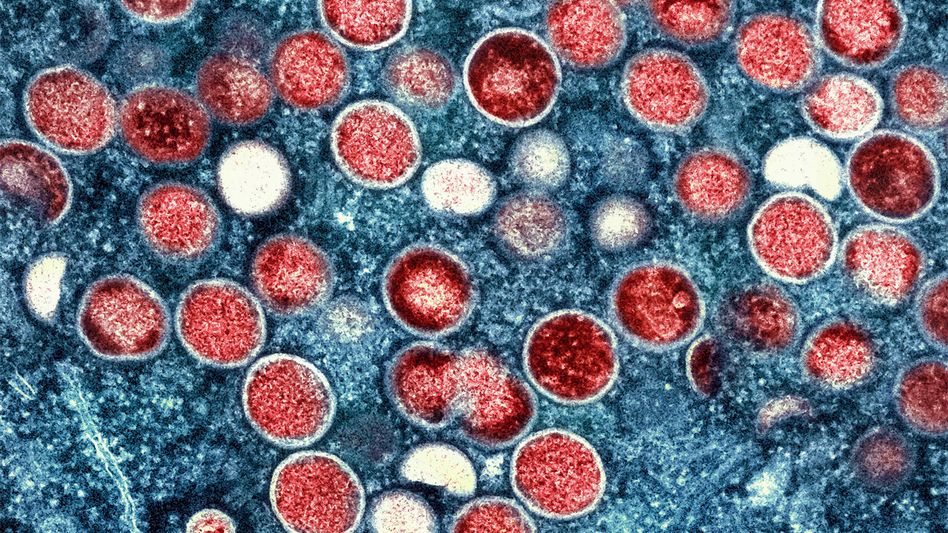 Monkeypox under the electron microscope

A four-year-old girl from Pforzheim is said to have tested positive for monkeypox last week, authorities had reported - but further tests now show that the child is not infected with the virus after all.

This was announced by the Baden-Württemberg Ministry of Health.

"The responsible local health department informed us today that it will now withdraw the case," said a spokesman for the ministry on Monday.

The reason for this is that the positive finding was not confirmed by a further diagnostic clarification for monkeypox in the laboratory of the state health department.

According to the RKI situation report, the girl lives in a household with two infected adults.

Therefore, as a precautionary measure, a throat swab was taken from the child on August 5 and tested for the genetic material of the monkeypox virus using a PCR test.

The result was initially positive.

Because the girl did not develop any symptoms, both the original sample and two other throat swabs from the child were also examined in the state health department using specific monkeypox PCR.

"A monkeypox infection of the child could be ruled out," the ministry said.

Incorrect results could be caused, among other things, by contamination during the test procedure or sampling, the statement said.

It is therefore important, as was the case in this case, to follow up on further investigations if the constellations are unclear.

So far, 3142 cases of monkeypox in Germany have been reported to the RKI (as of August 15).

With the exception of eleven cases, all those affected are male.

Men who have sex with men are predominantly affected.

Monkeypox is related to smallpox, which killed millions of people every year for centuries until the disease was eradicated in 1980 through a successful global vaccination campaign.

However, monkeypox is far less dangerous.

Most patients recover within a few weeks, and fatal outcomes are rare.