Is this photo proof that the moon landing was faked? - Walla! technology

Was the moon landing staged and filmed on a Hollywood movie set? You will be surprised, but there are quite a few people who are convinced of this and they were reinforced in the belief that this is one big lie - because of a picture

Is this photo proof that the moon landing was faked?

Was the moon landing staged and filmed on a Hollywood movie set?

You will be surprised, but there are quite a few people who are convinced of this and they were reinforced in the belief that this is one big lie - because of a surprising picture

Was the moon landing faked and filmed in a studio?

Was the "one small step for man, one giant step for humanity" a huge lie?

It is not new that there are quite a few believers in the conspiracy theory that the moon landing did not really happen.

The belief that the Apollo 11 landing was a hoax by the US government continues to rage, despite all the video and photo evidence of Buzz Aldrin and Neil Armstrong walking on the moon and planting the American flag on it.

There have been six manned landings on the moon to date, occurring between 1969 and 1972, but conspiracy propagandists are convinced that it was cheaper and easier to fake the landings than to actually carry them out. Although most conspirators mainly doubt the veracity of the first landing, the others that followed did not go quietly with the unbelievers.

In fact, those "theorists" believe they have proof that a mission Apollo 17 from 1972 didn't really reach the moon - and all because of a strange figure reflected in the helmet shield of one of the astronauts.

Apollo 17 was the last manned trip to the Moon, and the astronauts on board - Commander Gene Cernan, Gallogue and Lunar Lander Pilot Harrison "Jack" Schmitt and Lander Commander Ronald Evans - were the last humans on the Moon to date.

One of their pictures from the moon rekindled the claims of forgery.

In a video published in 2017 and viewed about 3 million times and entitled "Reflection in the shield. Where is the reflection of the camera that takes the picture?", the user Streetcap1 claims that the picture has proof of its unreliability.

The YouTuber claims that the reflection in the shield of one of the astronauts was exposed "working on a stage" - and apparently, the person is not wearing a space suit, which strengthens the claims of forgery.

"You can see someone who looks like a man in the early 1970s, with long hair, wearing some kind of vest and probably a shadow of this character," the video maker claimed, using his mouse to sketch the character as he spoke.

Many viewers were amazed by his discovery and the "proof" that the landing was actually filmed in a studio and not on the moon, but not everyone in the comments shared the enthusiasm.

"The curvature of the astronaut's helmet causes a fisheye lens effect. Just google 'fisheye lens images' and you'll see how distorted they are. When you look at the shadow you can clearly see the box shape of his life support system," claimed one commenter.

"To me it clearly looks like another astronaut in a bulky white space suit. You can see both of his arms are slightly stretched forward and the shadow shows the bulk of the space suit, including the life support system on his back," commented another.

what do you say?

It is impossible to know

People who do not believe that the Apollo missions actually took place claim that the US government invented all the space missions to beat the Soviet Union in the "race to the moon". Some are even convinced that the leadership of the Soviet Union actually knew about the fabricated event by NASA and kept it a secret just to start a nuclear war against the US.

"I always thought all the landings were faked because we haven't been back to the moon in modern times since," someone wrote in the comments to the video, so apparently he won't have to wait too long to get answers - because in 2019 NASA announced "Program Artemis", a manned space program of the United States whose main goal is to land humans on the moon in 2025, for the first time since 1972.

The scientific explanation of why the moon landing did happen

In a public opinion poll in the United States, conducted by the Gallup Institute in 1999, it was found that 6 percent of respondents doubted that the Apollo astronauts walked on the moon.

Until recently, none of the serious scientists bothered to take the conspiracy seriously and explain simply why there is no chance that the moon landing was faked.

But one physicist was fed up - Dr. David Robert Grimes conducted a study in which he revealed the equation with which one can determine whether a conspiracy theory is possible. According to the report of the Canadian Toronto Sun, among the variables in the equation are the number of conspirators, the time and the chances of the secret being leaked. In the study, he tested the possibility of faking the landing on the moon and found that no less than 400,000 people were needed to be secret partners in one giant conspiracy - that is, all NASA employees.

According to his calculations the secret would leak in less than four years.

Is this photo proof that the moon landing was faked? - Walla! technology

Returning to the moon: NASA will launch the Artemis 1 mission tomorrow - voila! Technology

For $ 2 million: The pen that saved Apollo 11 will be sold at auction - Walla! technology 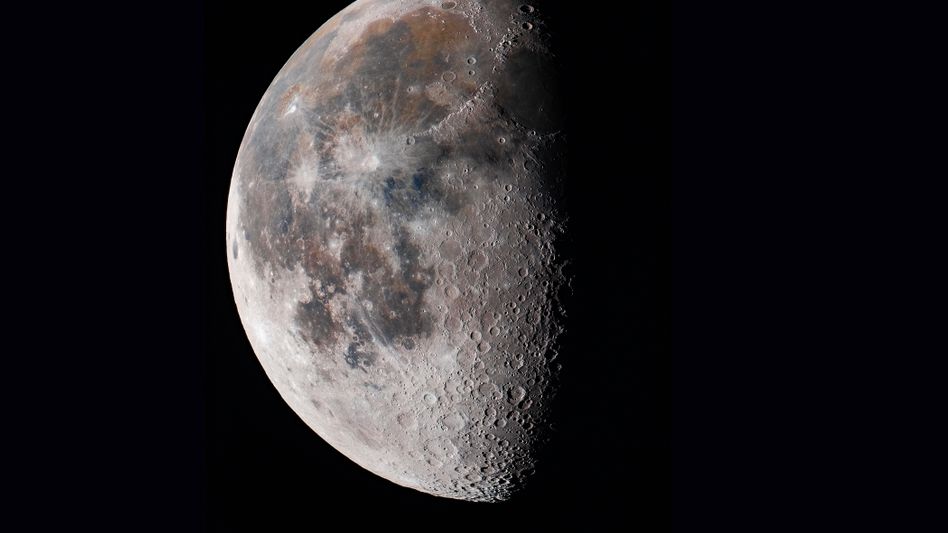 War of aggression against Ukraine: Esa stops cooperation with Russia on moon missions

Another postponement: NASA canceled the launch of the Artemis 1 mission planned for today - voila! Technology 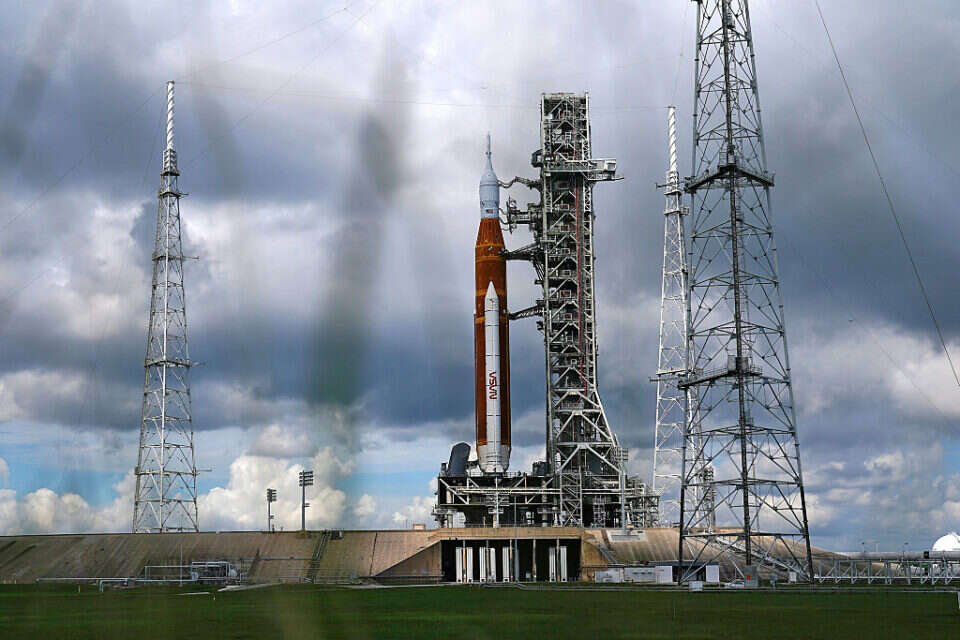 Another big step for humanity: less than 24 hours to launch "Artemis-1" to the moon Israel today 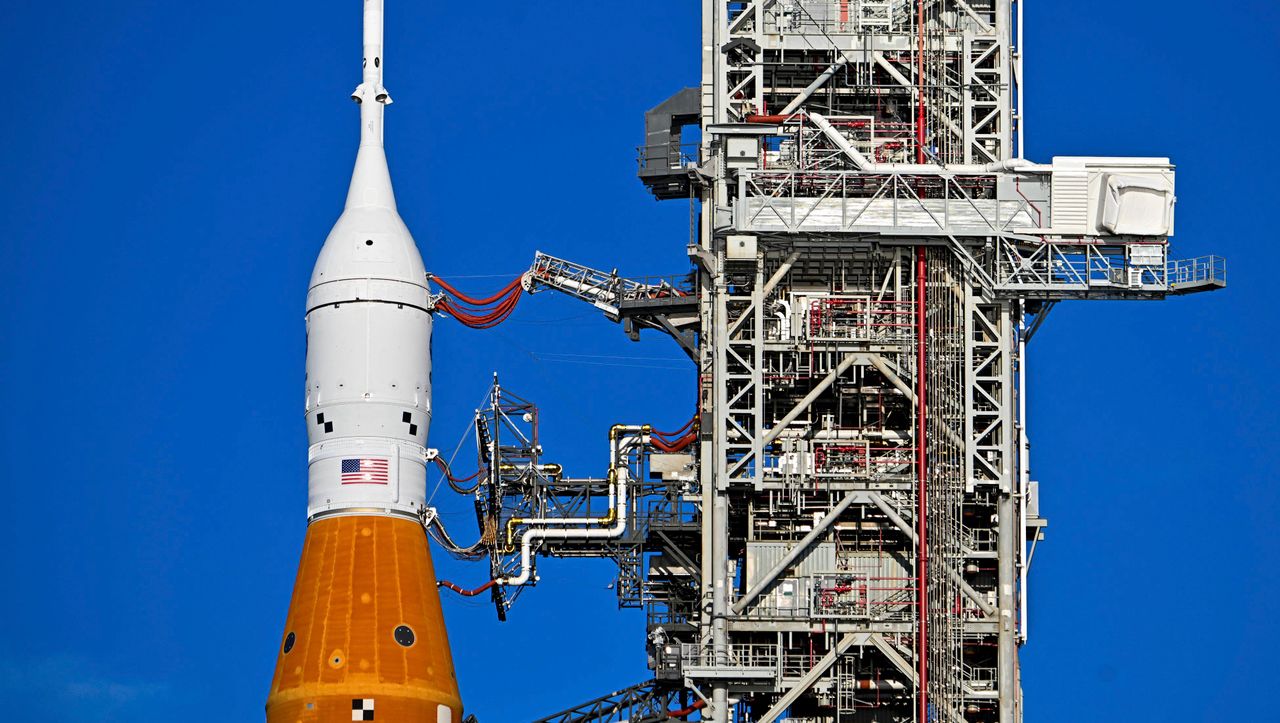