Sascha Lobo on the assassination attempt on Salman Rushdie: The German way of dealing with Islamism is pathetic

Salman Rushdie became a victim of an Islamist because Iran's leadership issued a worldwide call for murder before the perpetrator was even born. In Germany, however, conservatives and leftists play down the terrorist state. 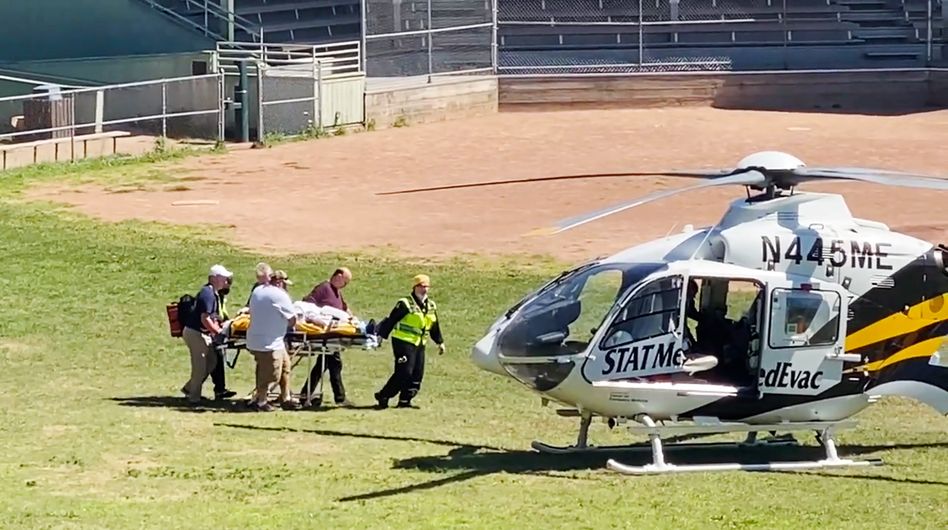 Seriously injured, Salman Rushdie is carried to a rescue helicopter.

How can it be that the danger of Islamism is still underestimated by so many people?

It won't at all, counter some people who have certainly lit a candle at every Islamist terrorist attack in the last ten years, at least in their minds.

In fact, however, the German way of dealing with Islamism is nothing short of pathetic, as can be seen, for example, in the Islamist terrorist state of Iran.

Salman Rushdie became a victim of an Islamist because the Iranian leadership issued a worldwide call for murder before the perpetrator was even born.

The Iranian state that oppresses women, persecutes minorities, murders homosexuals and members of the opposition.

The Iranian state, which has declared Israel its arch-enemy and has called for the state's annihilation.

And yet Germany is still Iran's most important trading partner in the EU with great enthusiasm.

You want to get along well with each other.

Tara Sternenrot, a German-Iranian activist with a keen eye for right-wing extremists and Islamist upheavals of the present, says when asked why: “Given that Iran is the country with the second-largest natural gas reserves in the world, Germany is certainly also squinting for more energy reserves.

Iran has been officially at peace for 34 years - a remarkable, apparent stability in this region, which speaks for future economic cooperation.

Peace is a facade

The apparent acceptance of Islamism is widespread.

But my thesis would be that the two major political tendencies in Germany, conservatism and the Left, have each developed their own specific strategies of trivialization and regulation.

I suspect that the simple, conservative version of accepting Islamism consists of a mixture of egoism and racism.

That's not to say that all conservatives are like that - only those who are so willing to turn a blind eye to Islamism.

Selfishness whispers to them: The main thing is stability, then investments and trading partnerships are secure and we can do the very best business, somehow the title of "World Export Champion" has to get back into German hands.

And their racism means they don't really care about "these people."

Someone is oppressed, persecuted, murdered?

Oh, with "them" that's the order of the day, no reason to immediately draw conclusions, the first and most frequent victims of Islamism are mostly Muslims.

And actually it's none of our business, at least as long as "they" aren't at Europe's door.

In this regard, totalitarian regimes have the advantage that they control their people.

From a conservative point of view, this is a great way to cooperate with any Islamist states.

German leftists, on the other hand, have developed their own rituals and distortions of reality in order to be able to find Islamism less bad.

Islamism is similar to fascism, based on misanthropy against women, against sexual and gender minorities, against non-believers and Jews, against almost everyone whose struggle for human rights has been considered "left" for the past 150 years.

One would think that the proximity to the left is not particularly sustainable.

Unfortunately the opposite is the case.

This can be seen particularly well in the conflict between Israel and the Islamist terrorist organization Hamas, where left-wing solidarity easily includes the Islamist fascistoid murderers of Hamas.

The left sometimes even discredits the fight against Islamism in the respective countries.

An opinion piece by a woman with a glamorous German name recently appeared in the "taz".

She mocks the courageous women of Iran who openly remove their compulsory headscarves and risk imprisonment, beatings and worse.

She downplays the oppression of women there and compares the Islamist compulsion to cover up – one can hardly imagine anything more anti-left – with the headscarf worn by Catholic nuns.

Then she explains that in Iran men are also subject to certain clothing restrictions, and one is then simply no longer surprised that she still sees something positive in Saddam Hussein, after all he has one in Iraq, as she writes in quotation marks, "State feminism" practiced.

Not to mention the Jews, whose despair is likely to be approaching the boiling point with Germany's rampant Islamism and anti-Semitism.

Because Islamist anti-Semitism, especially Israel-related anti-Semitism, is often accepted with a shrug of the shoulders in Germany or even, reinterpreted as “criticism of Israel”, is supported.

But what is the irrepressible desire of so many white German leftists to downplay Islamism?

My thesis would be: The key ingredients are convenience – and again racism.

Racist stereotypes and behavior are not only to be found on the right, they are deeply woven into society and can therefore also be found in left-wing minds.

The sociologist Natasha Kelly explains what actually needs to happen. She says that we "must learn to understand racism as a structure, that is, as a historically grown continuity of a long-lasting racist ideology".

What German leftists too often do instead: They present a few symbolic actions so as not to be considered racist.

Surprisingly, it rarely comes down to the people actually affected.

And one of these symbolic actions, with which one can – without any questioning of one's own, possibly racist thought structures – feel as non-racist is to shut up when it comes to people potentially affected by racism.

As if victims of really existing, structural racism could not be perpetrators of misanthropy at the same time.

Which means that some white German leftists ignore Islamism for fear of not being able to attach the order of white non-racism to themselves.

When in doubt, endure accusations of racism

Islamists have long since realized that the panic fear of many leftists to deal with their own racism, which is often present, makes them very susceptible to corresponding allegations.

That is why Islamists sometimes skilfully misuse the accusation of racism for their propaganda, one of the better-known examples is from 2019. The hashtag #NotWithoutMyHeadscarf, which was apparently driven by tolerance, actually came to a large extent from sympathizers of the Islamist movements "Generation Islam", their environment according to the Office for the Protection of the Constitution aspires to a worldwide caliphate.

But for a qualified, non-racist critique of Islamism by non-migrant leftists, one would have to deal more closely with the entire, complex topic and speak to those affected by Islamism.

And on the other hand, if in doubt, one would have to endure accusations of racism or even deal with them more closely.

Both are far too expensive if you really just want to be left undisturbed, with the comforting feeling of definitely not being a racist.

That is why, for example, the almost a thousand mosques in Germany controlled by Ditib – ultimately by Recep Tayyip Erdoğan – can continue to follow the course towards radicalization without fear of consequences. Instead, the Islamist Ditib is even allowed to help shape the lessons in German schools .

German companies, with the blessing of the German government, continue to do business with Iran, which continues to regard Israel as its enemy and may be working feverishly on the atomic bomb.

And that's why Salman Rushdie not only had to endure the mockery of the responsible Iranian leadership after the stabbing, but also a medium-sized number of German tweets of completely inconsequential dismay.

Hard to say what hurts the most. 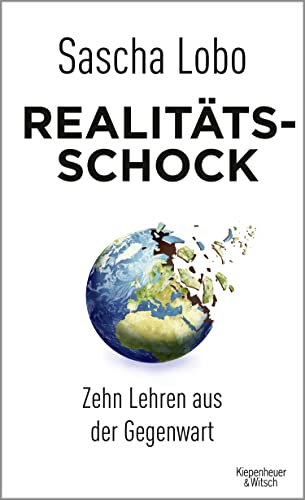 Sascha Lobo on the assassination attempt on Salman Rushdie: The German way of dealing with Islamism is pathetic 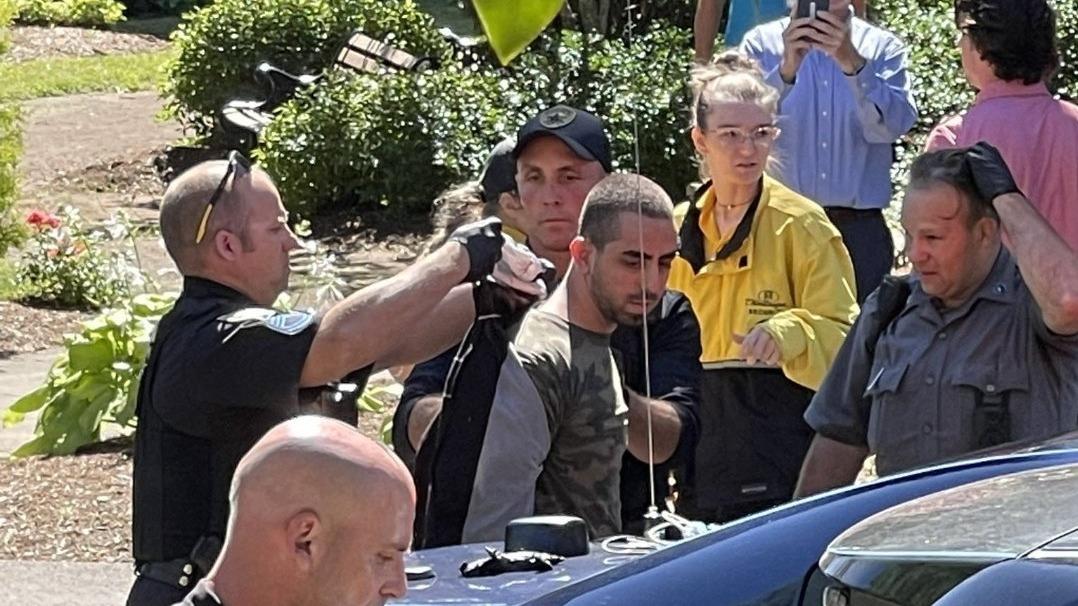 Attack on Salman Rushdie: what we know about Hadi Matar, his alleged attacker 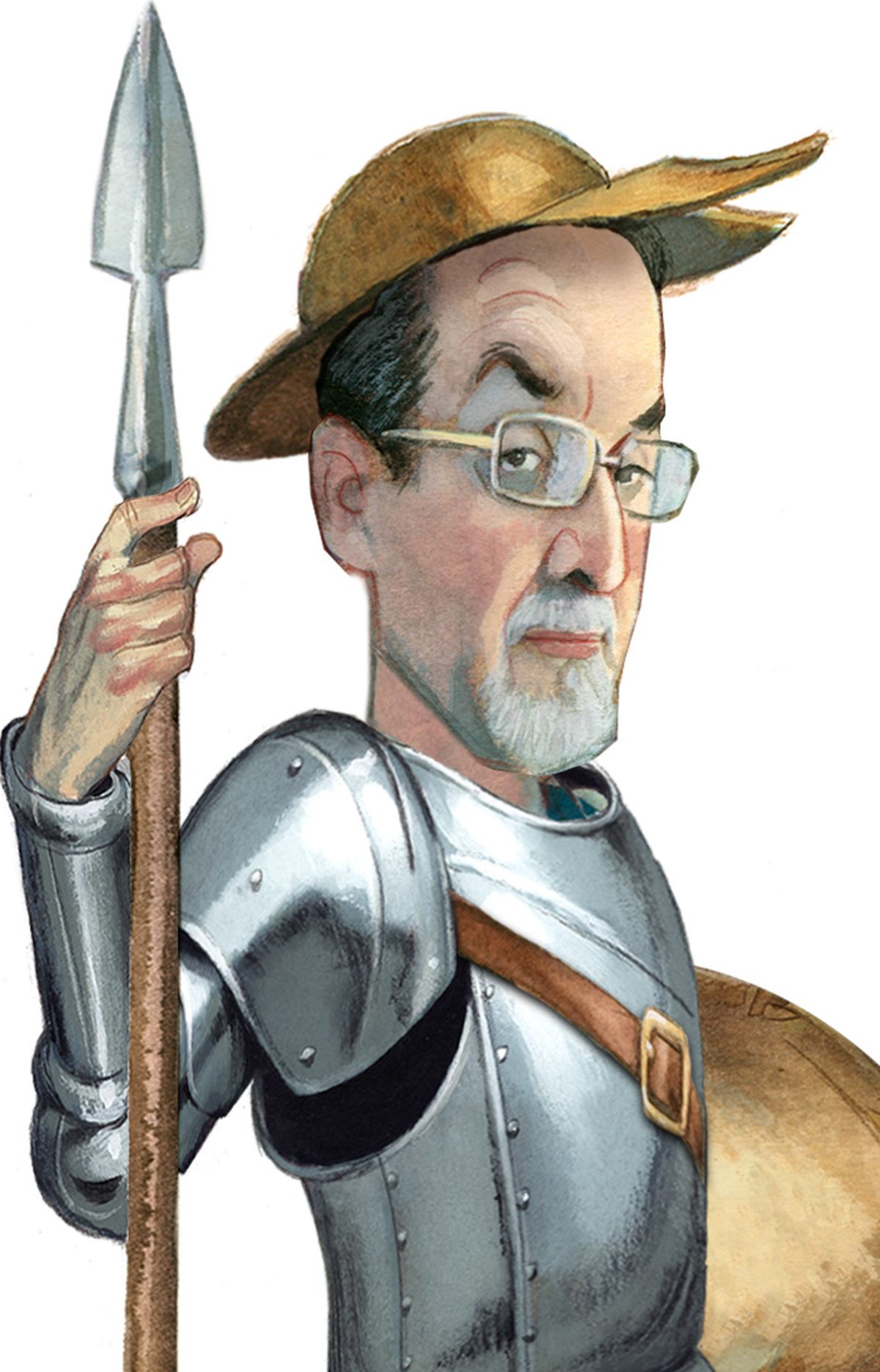 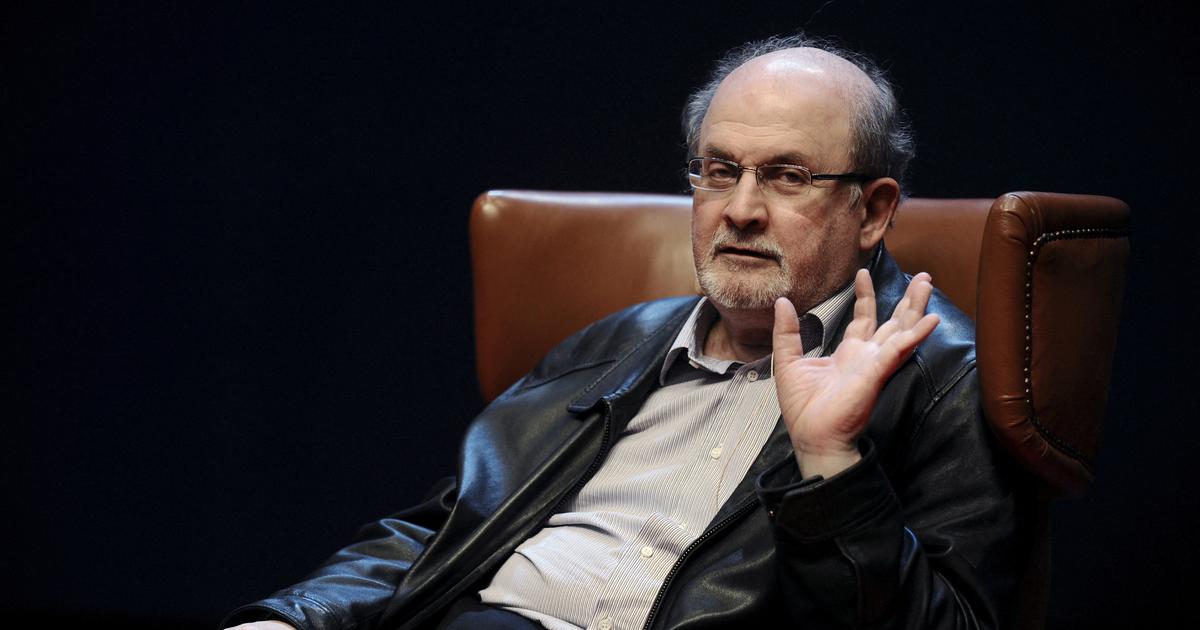 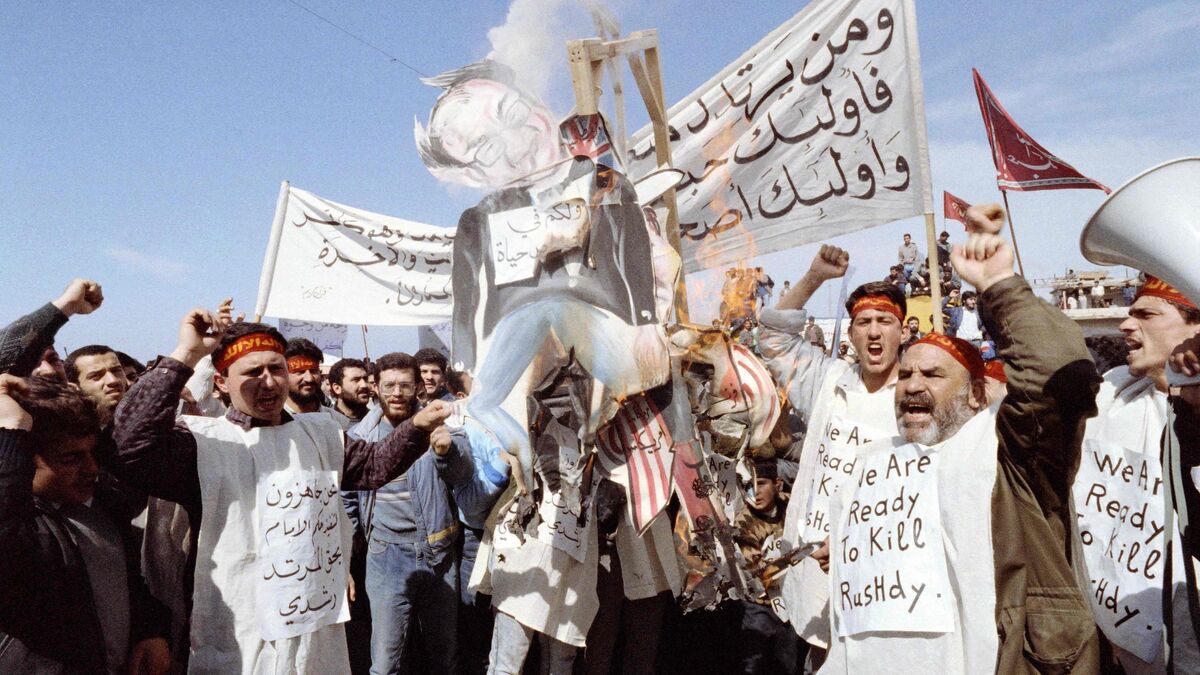 "Congratulations to this wonderful man": in Iran, the assailant of Salman Rushdie congratulated 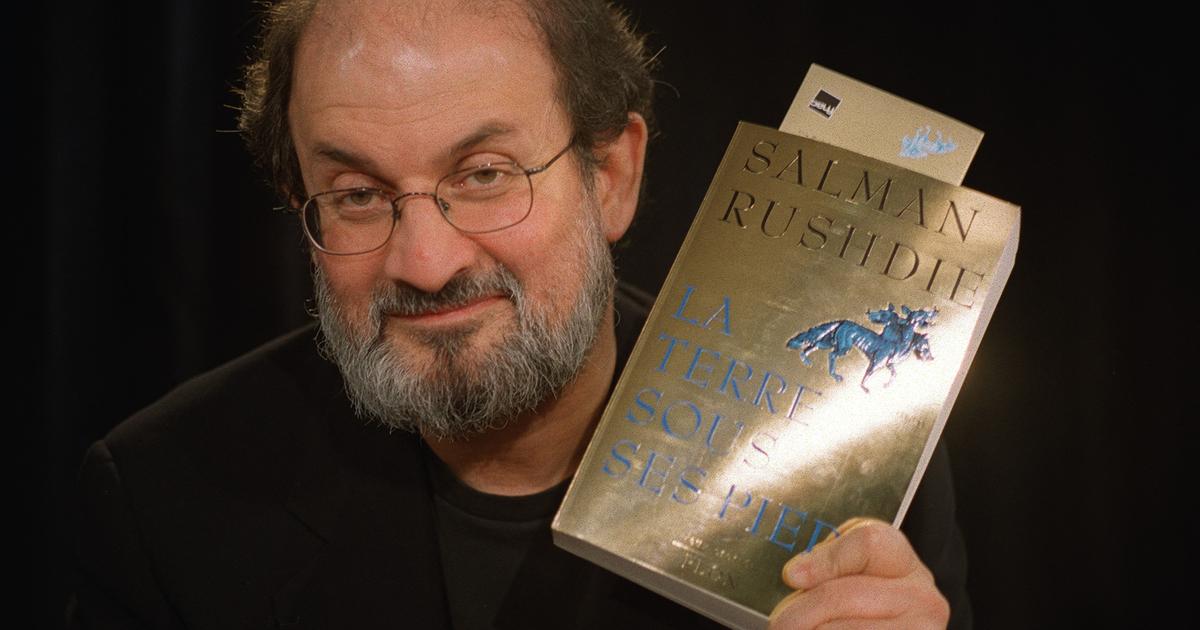 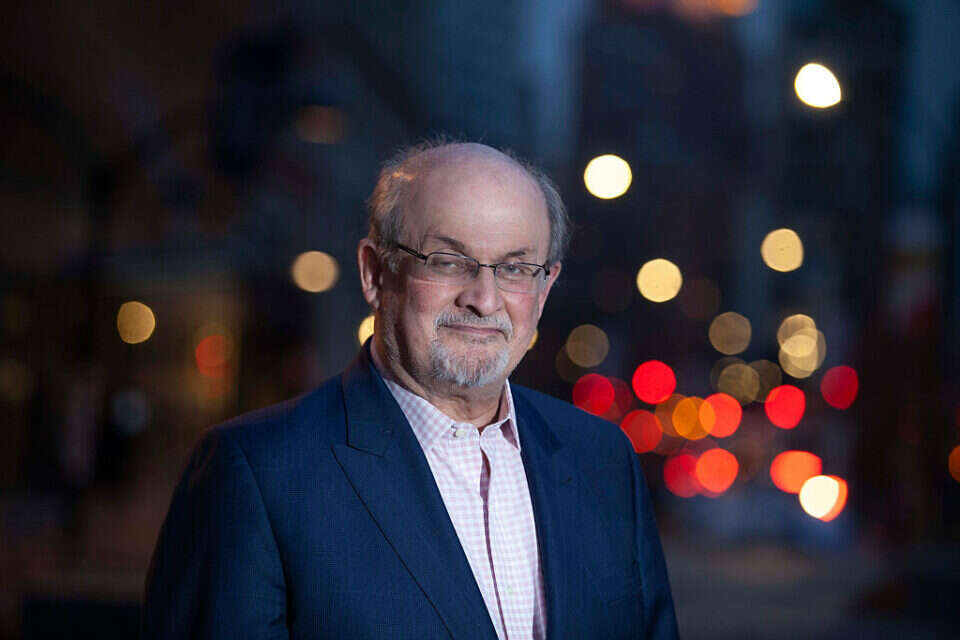 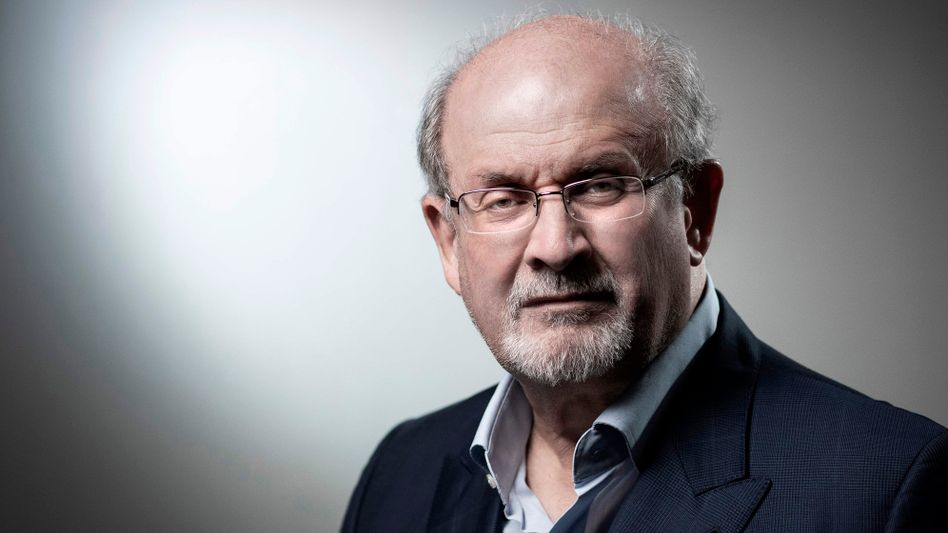