What can be expected from the new right-wing government in Italy in terms of environmental and climate policy? The historian Nils Franke explains where the ideology of blood and soil was hidden in the election program. 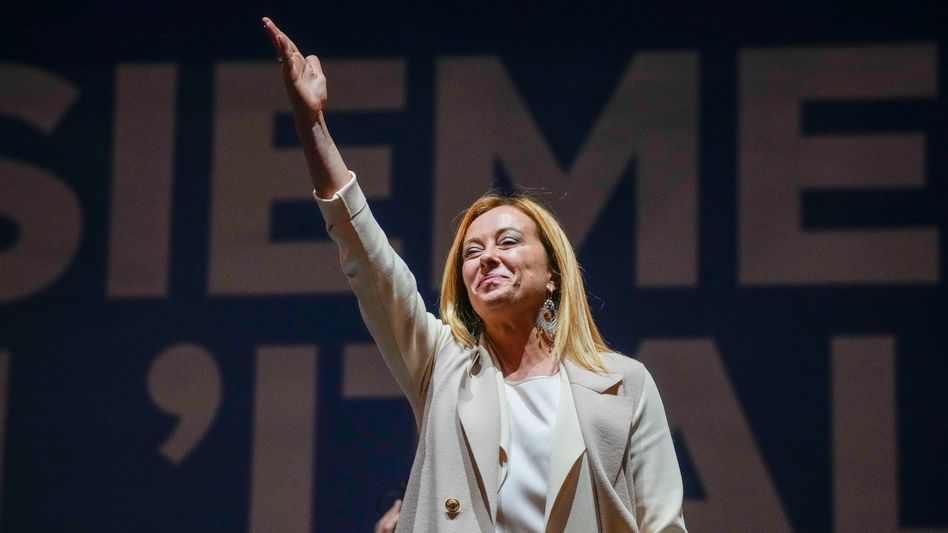 Giorgia Meloni at the closing campaign event on September 22, 2022 in Rome

The Italian government under Mario Draghi made Italy a European pioneer in climate protection.

What can we expect from her in terms of environmental and climate protection?

At first glance, chapters 16 and 17 of the election program, which deal with nature and environmental protection as well as energy policy, look quite up-to-date, modern and ambitious, and definitely more substantial than what the AfD, for example, has to offer.

What Fratelli d'Italia says - such as combating drought and water pollution, creating a production chain for renewable energies, grids and storage, developing smart cities to make consumption more efficient - would probably be the concern of many environmental and climate protectors in Germany sign without hesitation.

But if you know a little bit, then you can see quite clearly that this election program, which you have to read in its entirety, is the result of a new right-wing movement in Italy that has existed continuously since 1945,

whose thinking is unfortunately not so different from the thinking of the National Socialists.

Fratelli d'Italia's program is closer to the NPD than to the AfD.

What do you base that on?

The chapter on nature and environmental protection, for example, begins with a quote from the Spanish philosopher José Ortega y Gasset.

On the surface, that sounds unsuspicious at first.

But Ortega y Gasset's main work is the book "Revolt of the Masses" from 1929. This book can certainly be interpreted very differently, but among other things he complains, very condescendingly, that people are no longer so obedient and describes the state as a self-service shop for the elite that needs to be reorganized.

This is clearly right-wing conservative thinking.

And if you continue reading the Fratelli d'Italia programme...

Loving the environment in which we live doesn't just mean protecting it from climate change, pollution and the destruction of biodiversity: It's the only way to protect ourselves and our children from all of this disappearing preserve what is beautiful in the world and life as we know it.

So we either have to take care of the environment or everything else becomes irrelevant.«

...then one can superficially interpret it as saying that if we don't protect the environment, we'll saw off the branch we're sitting on.

With a bit of background knowledge, however, one can clearly read a right-wing extremist ideology that comes up again and again in connection with the concept of the »New Right« of nature and environmental protection: so-called geodeterminism.

The theory of geodeterminism, which arose around 1870, claims that humans are shaped and defined by their environment.

By the location of the country where he lives, the climate, the soil.

This gave rise to the blood and soil ideology of the National Socialists, one of the central ideological building blocks of racism in the so-called Third Reich.

This ideology states that the national gene pool that defines a people has developed over thousands of years in interaction with the respective environment.

The so-called Teutons were thus shaped by the allegedly particularly harsh weather conditions in Germania's nature, the deep forests, the long winters, the moors.

From this the alleged superiority of the Germans was derived by the National Socialists: tall, well-trained, ready to fight, and so on.

Scientifically, that's such nonsense that it's hard to imagine anyone taking it seriously.

It's an ideology, it doesn't depend on the scientific nature of it.

You believe in it, stick to it, that's enough.

It is explicitly stated that they are not racists.

But the blood and soil ideology is just that: racism.

Do you think that someone without specialist knowledge would recognize the right-wing ideology in the statements about nature and the environment in the Fratelli d'Italia election program, which at first glance seem a bit kitschy?

Those who belong to the right spectrum, definitely, yes.

For them, these sentences are a clear signal: We are on the far right.

Some people in Germany will have rubbed their hands and toasted each other.

But, and this is really clever about this election program, the many other people who voted for Giorgia Meloni were not deterred by such sentences.

They simply didn't understand the election program and were probably more attracted by the many populist promises.

This is also known as the “dog whistle phenomenon”.

Only the dog can hear the high frequencies of a dog whistle.

Mr. Gauland also masters this game perfectly: he often embellishes his positions in such a way that the right-wing extremists know exactly what is meant.

But it's hard to get at him.

Can you see other right-wing traces in the Fratelli d'Italia election manifesto?

The desire for self-sufficiency, for example through gas production in Italy, and the enthusiasm for technology that shines through at many points in the program, including in “research into the latest generation of nuclear energy”.

Enthusiasm for technology was also typical of Italian fascism and German National Socialism.

The Green Deal is currently being negotiated in the EU.

How do you think Giorgia Meloni will position himself?

That's relatively clear to me.

Her motto is: Italy first.

She will agree to what is good for Italy and what the European Union is funding in this sense.

For the other things, she'll resist.

This will still be difficult if not only Hungary and Poland, but also the third largest economy in the EU shoots across the board. 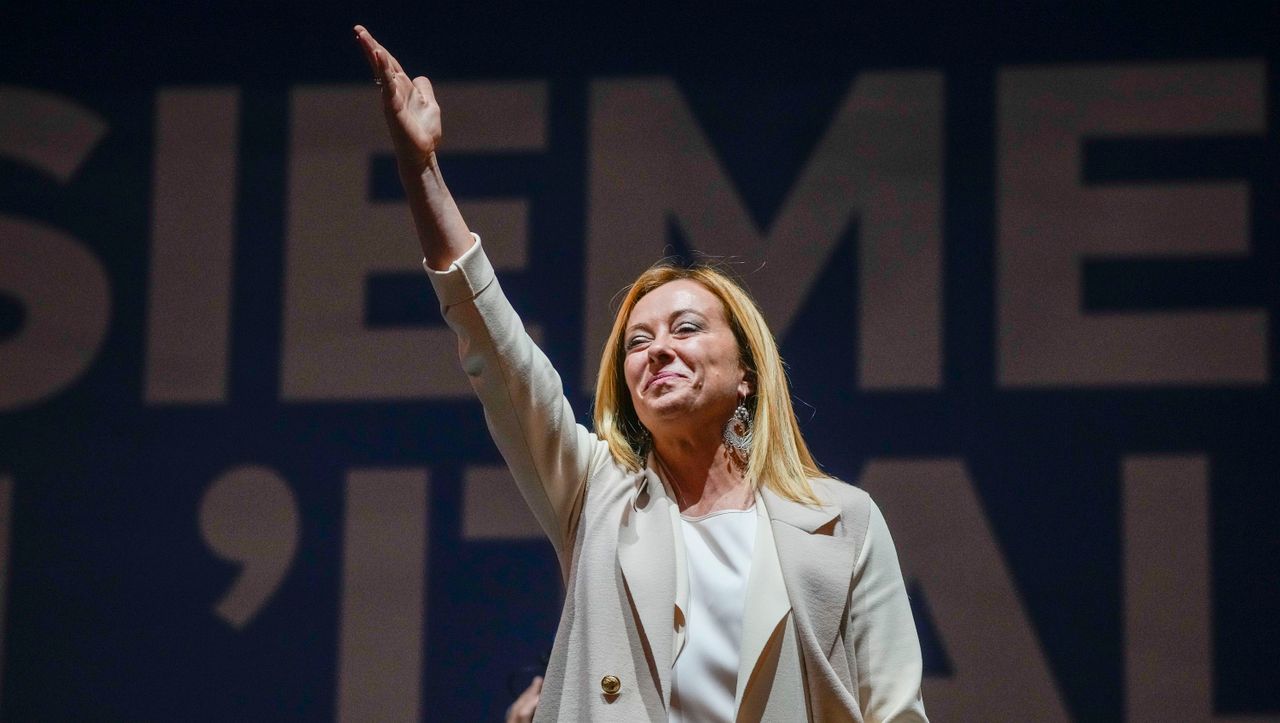 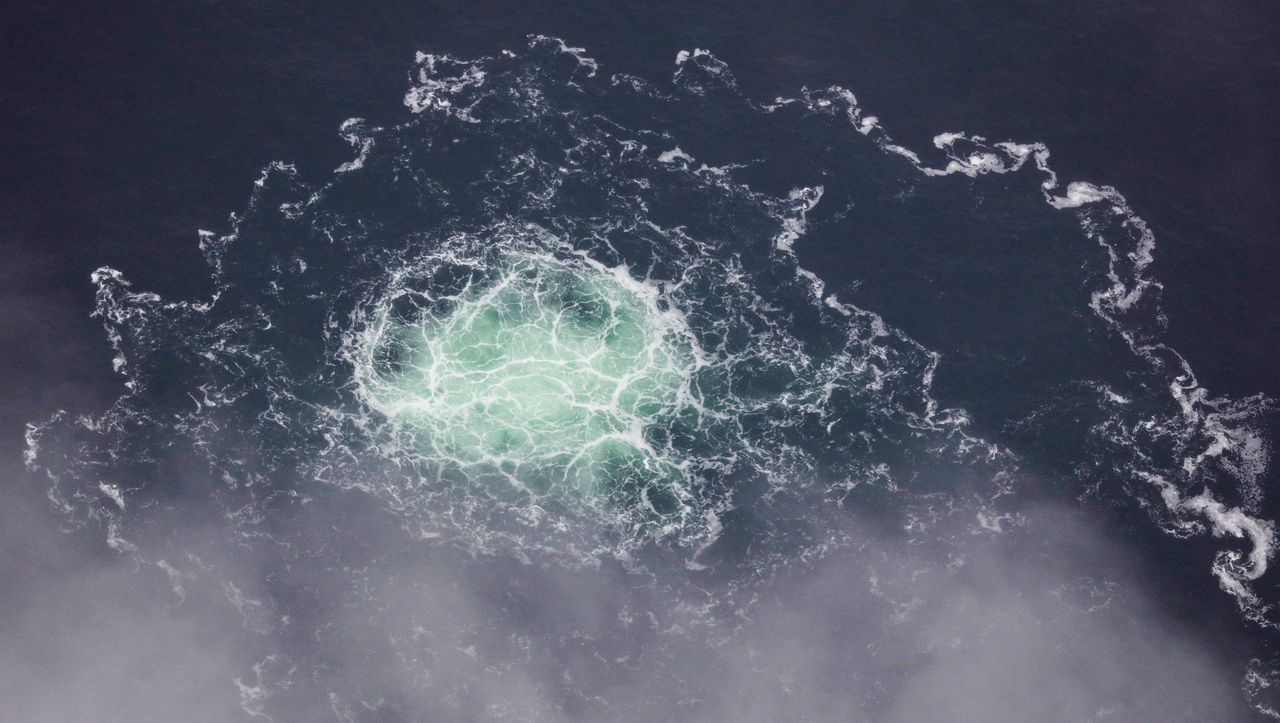 "Night of Pride": Election victory for radical right in Italy 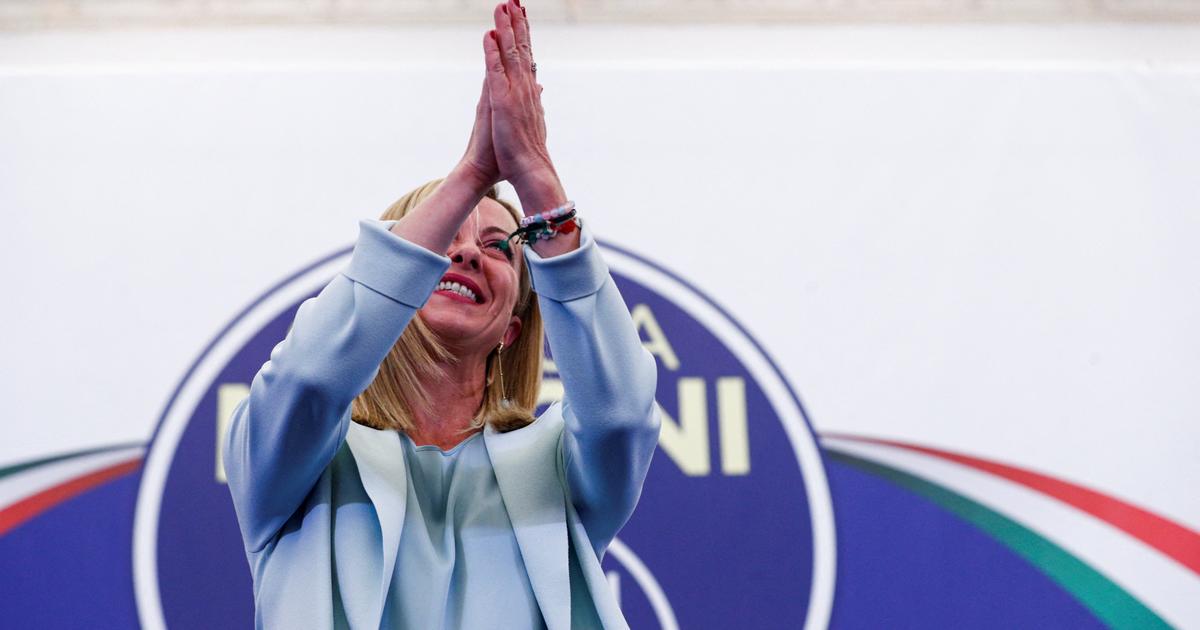