Why we are fascinated by fake news

"He who lies to himself and listens to his own lies, comes to not knowing what is true in him or around him, that is, he loses respect for himself and others."

It is a fragment of

, by Fyodor M. Dostoevsky, which summarizes the evil of hoaxes (

), a phenomenon as old as humanity, but multiplied in the Internet age.

A group of scientists reveals why they fascinate, the causes of their massive diffusion, their consequences and an experiment to "vaccinate" users against lies.

For Andrea Grignolio Corsini, from the Vita-Salute San Raffaele University in Milan, who has addressed hoaxes at the largest European conference on neuroscience, the FENS Forum, "fake news tends to create exclusion dynamics between different social groups and consists of information manipulated with something real or of manufactured origin, created for political purposes and of long duration, if they are not stopped immediately”.

And, although the consequences have never had the dimension they have today, due to mass dissemination networks, hoaxes are inherent to humanity.

), the decree that recognized the sovereignty of Pope Silvestre I and the donation of the Western Empire, was nothing more than a falsehood revealed in 1440 by Lorenzo Valla after a linguistic analysis.

The Italian humanist and philosopher showed that the text used terms, expressions and grammars that did not exist in the Latin used at the time of the alleged drafting of the decree.

Since then there have been manipulated texts against the Jews, findings of life on the Moon (published by

in 1845) and dozens of examples until the emergence of the internet, which has been part of key processes such as Brexit, elections, referendums and , of course, the coronavirus crisis.

On this last challenge, an investigation, published on September 29 in

, evidences the disparate fight between false and scientific information about vaccines against covid.

Following a study of 1,365 Facebook pages, the researchers, from George Washington University, conclude that “the battle to get the best scientific guidance from Facebook users was lost to misinformation early in the pandemic, because some communities they acted as dominant sources of guidance, while others were mostly recipients of it.

“When the acceptance of vaccines became essential, many parents, who were responsible for health decisions about themselves, their young children and also older relatives, had reached out to anti-vaccine communities on the web who had different views. extremes”, affirms Lucia Illari, co-author of the work.

Another investigation by the Department of Communication at the Carlos III University has analyzed whether students between the ages of 11 and 16 are capable of distinguishing a hoax from real information.

"58.8% of the students identified a false headline about covid while 51.8% considered a headline containing a hoax about immigration to be true," says Eva Herrero, one of the authors of the study.

The work indicates that the majority of these adolescents inform themselves through social networks (55.5%), television (29.1%) and their family and friends groups (7.9%), ahead of the digital newspapers (6.5%) or the radio (1%).

This last piece of information is very relevant, since, according to Andrea Grignolio Corsini, the current dimension of hoaxes is due to the "new ecosystem of social networks", which reaches individuals who make up groups where news about falsehood is generated and falsehoods are rejected. denied until they became viral and “contagious”.

In his opinion, the key elements of a hoax are the "novelty or surprise" in its approaches, the generation of "moral disgust", polarization, which allows reinforcing group feeling, and the appeal to emotions.

These ingredients reach the brain, where areas related to dopamine, which regulates emotion and affectivity, and glutamate, the main excitatory neurotransmitter, are activated, explains Maria Antonieta de Luca, professor of biomedical sciences at the University of Cagliary (Italy). ).

The first exchange on social networks does not necessarily imply that they create them, ”she adds.

Once the brain activity related to satisfaction is generated, the consequences are produced.

Ciara Greene, from the University of Cork (Ireland), details how one of the main effects of disinformation is the formation of false memories.

“When people see fabricated news stories or even doctored photos of events that never took place, they may not only come to believe that those events did happen, they may also form a detailed memory of experiencing those events.

This effect is more likely if the content of that fabricated material is consistent with your biases."

“Memories,” he explains, “are stored and distributed throughout the brain.

Every time we remember something, we actually reconstruct that memory.

They're like Lego blocks, and when we rebuild a tower, we tend to do it in line with our idea of ​​what a tower is, so my reconstructive memory will be different from yours."

This generation of false memories, promoted by misinformation, are important because they influence our behavior, just as someone who attributes an illness to a certain food stops being willing to consume it.

On the contrary, some who have believed that coffee or spicy coffee were useful against covid, have increased their consumption, despite the absence of any relationship between the products and the disease.

In the same vein, research from the University of Texas has shown that sharing news articles with friends and followers on social media can prompt people to think you know more about a topic than they really do.

In this way, the false memory is added to the erroneous perception of knowledge.

"When people feel that they are more informed, they are more likely to make riskier decisions," warns Adrian Ward, who has participated in the research.

Susan M. Broniarczyk, lead author of the paper, adds: "If people feel more informed about a topic, they also feel that they may not need to read or learn additional information about it."

In this way, the hoaxes, articulated with the characteristics that make them viral, activate brain areas related to affectivity and generate false memories or erroneous perceptions of knowledge that lead to making wrong decisions or not expanding the information on a subject.

A group of researchers from the universities of Cambridge and Bristol, in collaboration with Jigsaw (Google), think so after an experiment called Inoculation Science.

The work has consisted of the creation of 90-second audiovisual pieces that familiarize viewers with manipulation techniques, such as the scapegoat (a distorted reality in which a single person or group assumes the blame), deliberate incoherence or false dichotomies, so they can better identify falsehoods regardless of the topic.

Sander van der Linden, director of the research for Cambridge, says: "Our research provides the necessary proof that the principle of psychological inoculation can be easily scaled across hundreds of millions of users worldwide."

It is something that researchers at Inoculation Science compare to a vaccine: “Microdose of prior misinformation” that prevents its spread in the future.

The work has been published in

improved the ability of people, from all walks of life, to spot misinformation and increased their confidence that they could do it again.

“The inoculation effect was consistent between liberals and conservatives.

It worked for people with different levels of education and different personality types.

This is the basis for a general inoculation against disinformation,” adds Jon Roozenbeek, lead author of the research from Cambridge.

Admitting the benefits of this research, Google has announced that Jigsaw will launch an immunization campaign on various platforms in Poland, Slovakia and the Czech Republic to preempt emerging misinformation related to Ukrainian refugees.

The campaign is designed to build resilience to harmful anti-refugee narratives, in partnership with local NGOs, fact-checkers, academics and disinformation experts.

"Harmful disinformation takes many forms, but manipulative tactics and narratives are often repeated and therefore predictable," says Beth Goldberg, co-author and head of Research and Development for Google's Jigsaw unit.

The team argues that the inoculation method may be more effective against "the deluge of disinformation" than verifying each falsehood after it spreads.

“Propaganda and lies are almost always created from the same pattern, and fact-checkers can only refute a fraction of the falsehoods circulating online.

We need to teach people to recognize patterns of misinformation, so they understand when they are being misled," says Stephan Lewandowsky of the University of Bristol.

The researchers believe that the benefits of vaccines against disinformation would be greater if they were incorporated into other social networks and other platforms.

The estimated cost for each view is 0.05 cents. 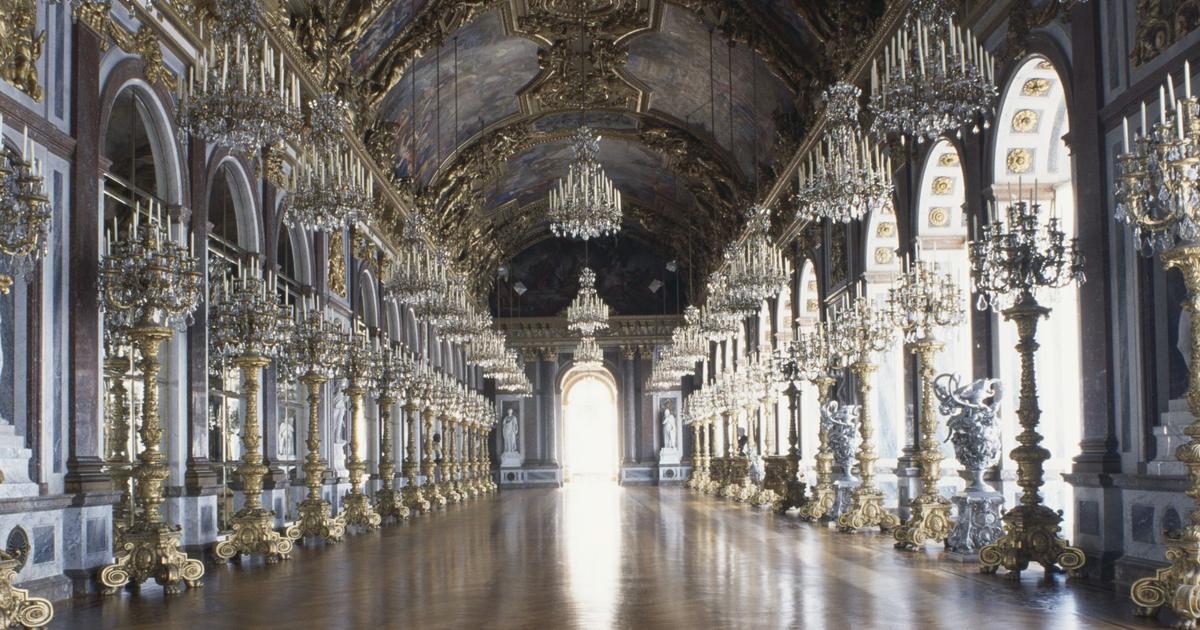 Herrenchiemsee: when Ludwig II of Bavaria celebrated absolutism by imitating the Sun King Fake News Law｜Tang Jiahua pointed out that many media reported rumors that Zhao Liru, the former anchor, did not agree 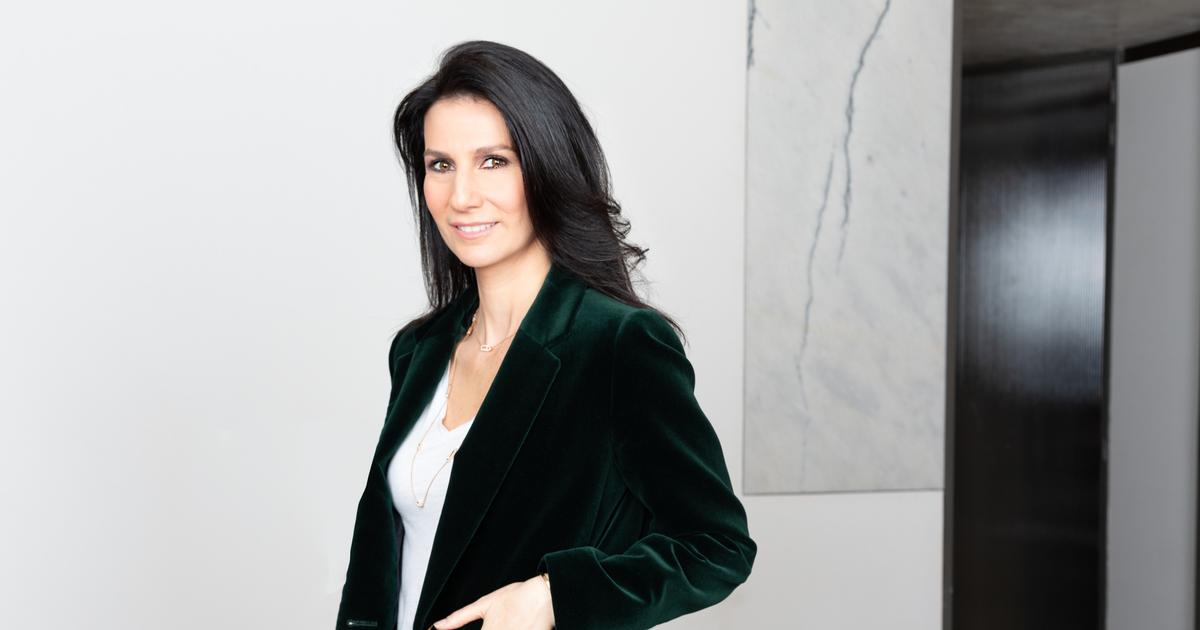 Marie Drucker (“At the end of the investigation”): “Now I am a screenwriter, actress, producer but no longer a journalist” 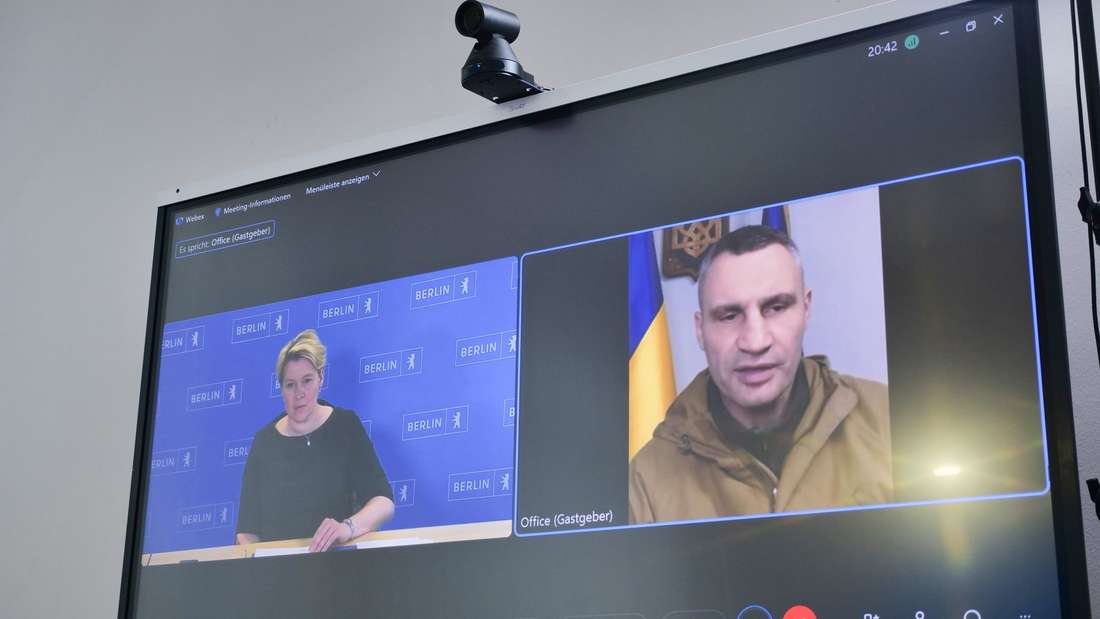 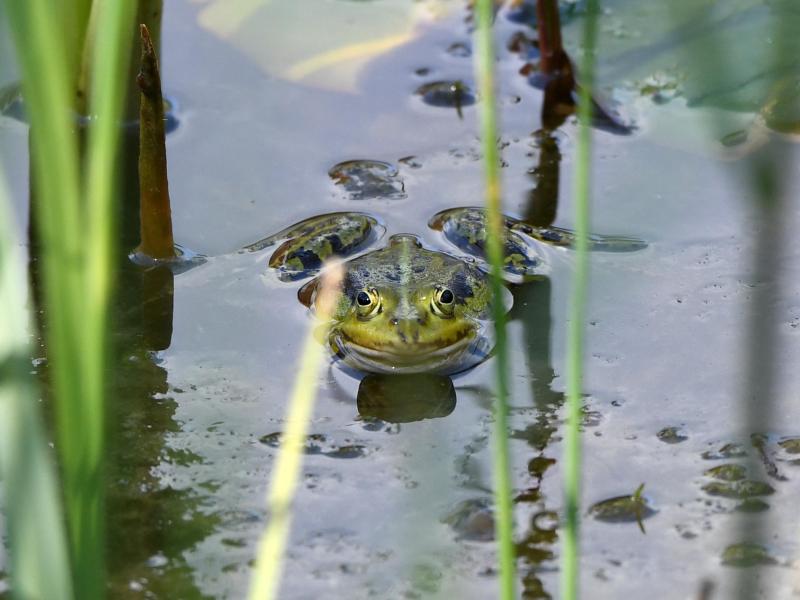 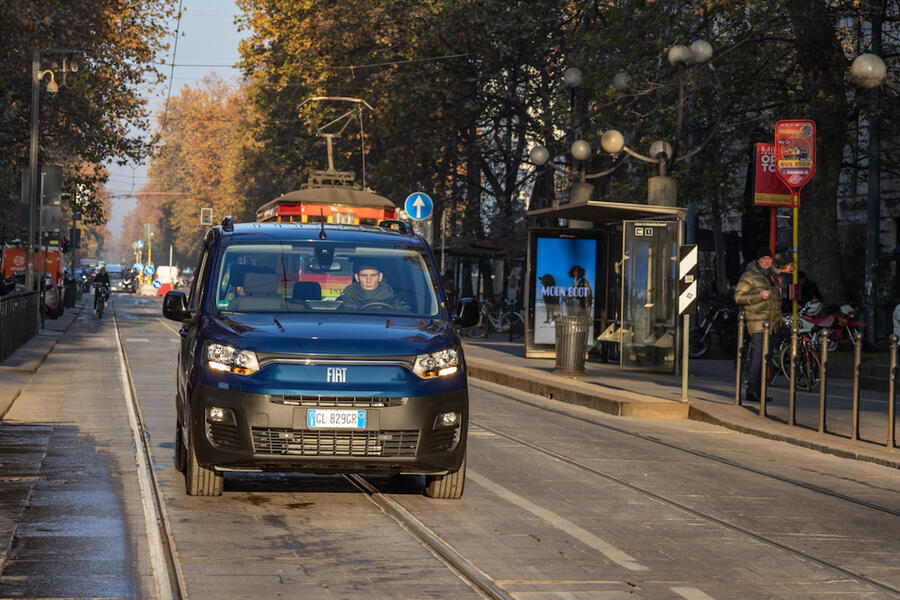 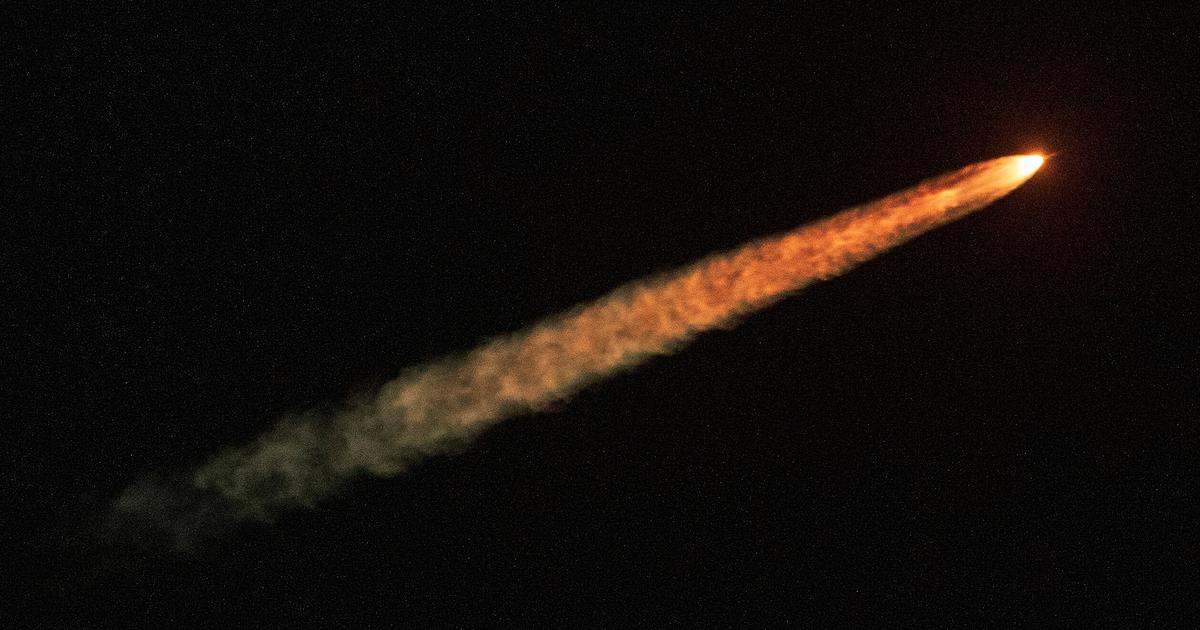 There is no age for brands: the parents who buy clothes for their children for thousands of shekels - voila! culture