Many years ago, paleontologists came across fossils in the US state of Wyoming, and now they have presented their surprising results: The dinosaur with the pointed teeth is a completely new species. 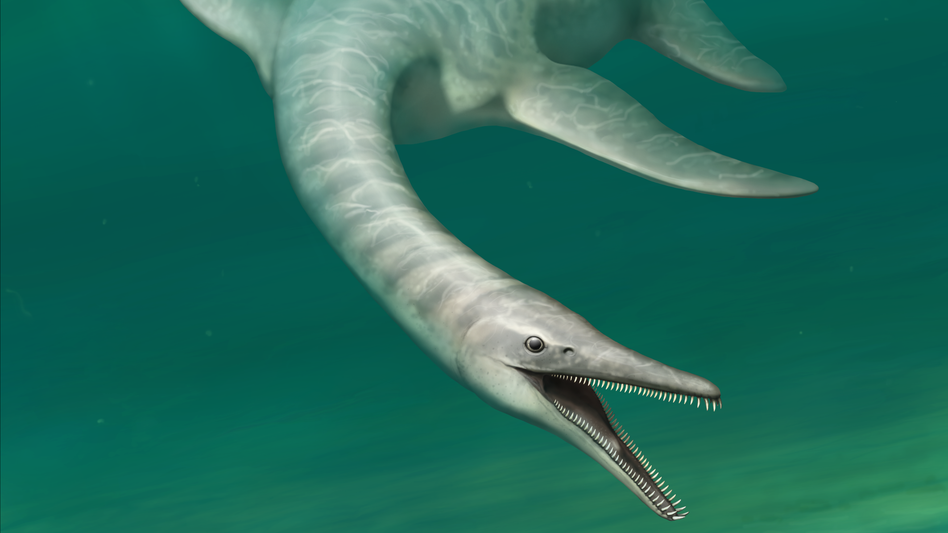 Millions of years ago, a giant, long-necked reptile swam through the sea.

It swung its snake-like neck back and forth, using its crocodile-like jaws to prey on fish and other small sea creatures.

Where one of these animals once perished is now the US state of Wyoming.

Paleontologists discovered fossils of this sea monster during a 1995 excavation in the little-explored uppermost part of the Pierre Shale, a geological formation from the Late Cretaceous period (about 101 to 66 million years ago).

Now the researchers have published a study of the marine reptile that found this animal had physical traits that set it apart from other members of this extinct group of marine reptiles.

"They either have a long, snake-like neck with a small head, or a short neck and long, crocodile-like jaws," Live Science quoted Walter Scott Persons as saying.

He is a paleontologist at the College of Charleston, South Carolina, and the study's lead author.

"This strange, unique animal is a cross between the two."

In English it sounds even snappier, "snaky croc-face".

The remains of this seven meter long creature were unearthed more than 25 years ago and have since been on display at the Glenrock Paleontological Museum near Casper, Wyoming.

Since then, paleontologists have studied the animal's remains extensively.

About 35 percent of the body survives, including a lower jaw, a considerable part of the skull, the complete neck, vertebrae, most of the tail and some ribs.

Only the fins or paddles that the creature must have used to swim are missing.

Nineteen teeth also survive, only one remaining in the jaw while the others were scattered among the remains.

However, according to the study, the presence of roots in the jaw confirmed that the teeth came from this particular specimen and not from another plesiosaur.

The teeth are tapered and have no cutting edge - apparently the animal could not bite through thick bones, but used its teeth to stab prey.

It would probably be about slippery prey animals that could not defend themselves, such as small fish.

Walter Scott Persons is excited about the discovery of the "snake-like crocodile face".

"This is an animal that is specialized in a way that sets it apart from all other plesiosaurs," says the paleontologist.

»This is a completely new ecotype.« 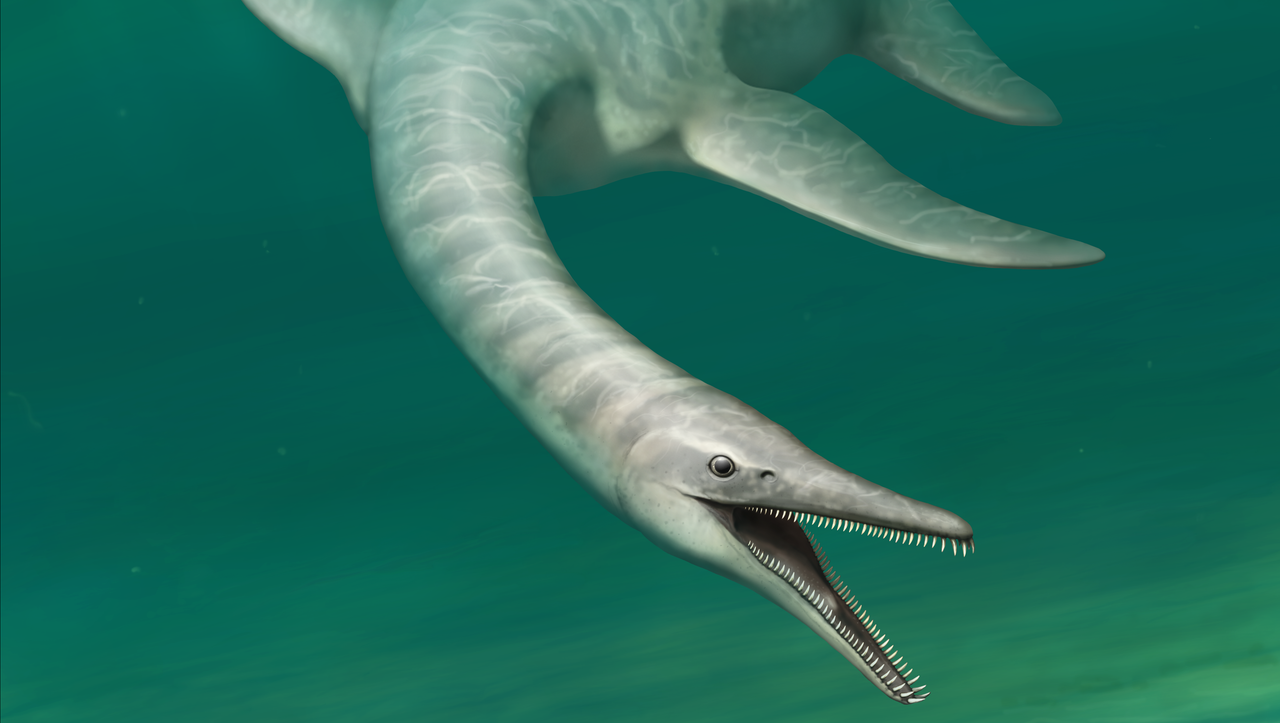 A huge 15-meter-long 'Magellan' shark was discovered in the ocean and amazed the scientists - voila! tourism

A rare coin, depicting the sign of Cancer and the moon goddess, was discovered on the Carmel beach - voila! tourism 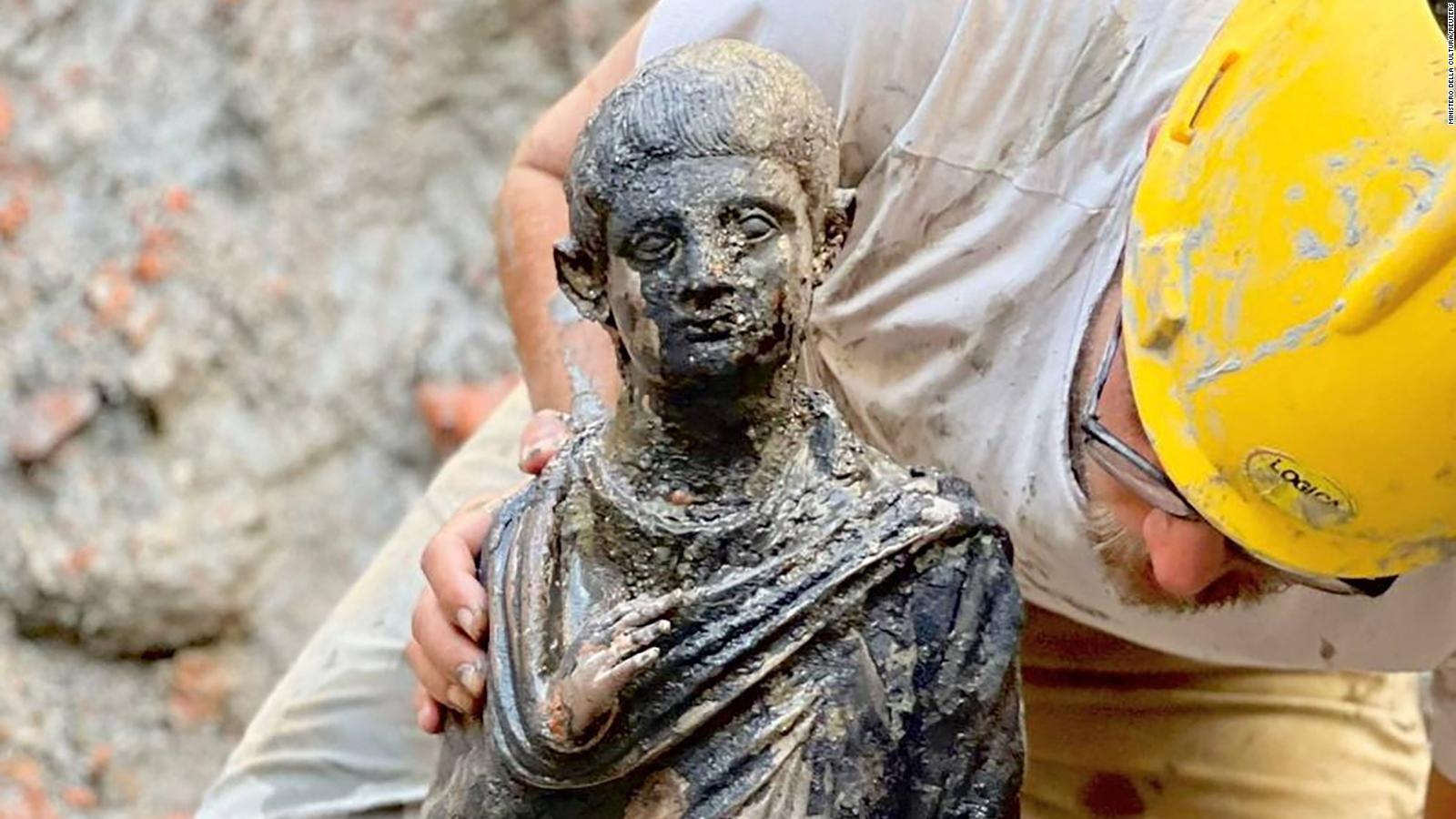 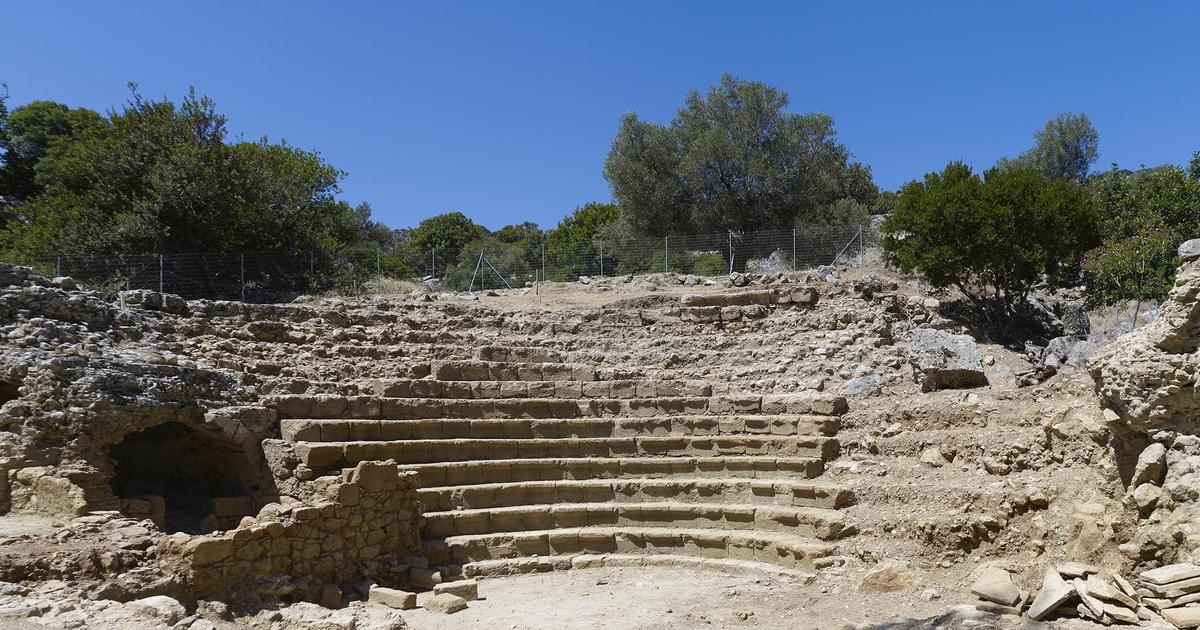 In Crete, a possible ancient odeon discovered in Lissos 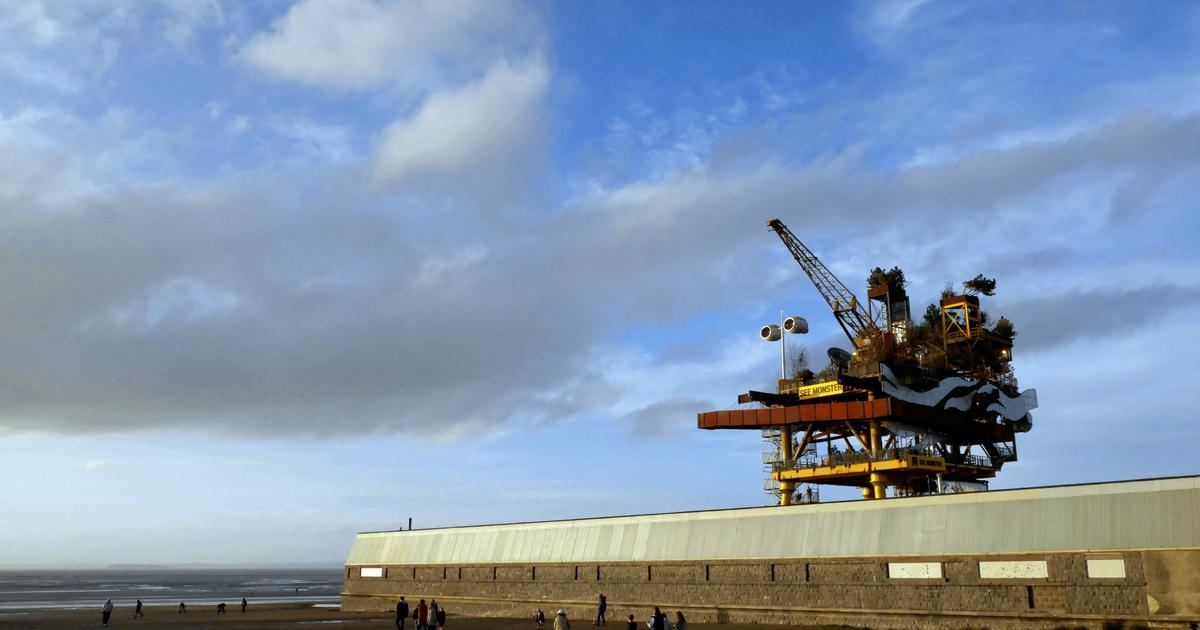 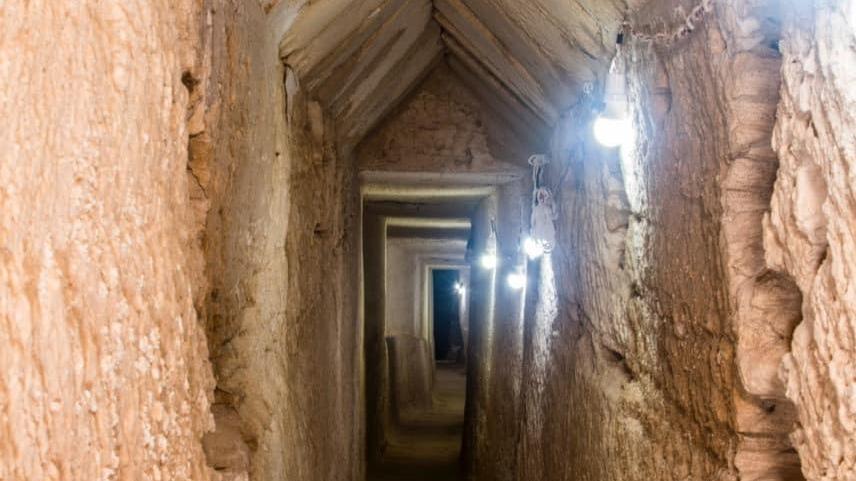 Wonder of ancient engineering, a mile-long gallery discovered near Alexandria