The new Mazda CX-60: Real challenge for BMW and Mercedes Created: 01/10/2022, 15:00 By: Rudolf Boegel The CX-60 is Mazda's new flagship and competes in the premium league. The SUV is cheaper than a BMW X3. Can he still keep up? Make way, here comes the new Mazda! But does the CX-60 have what it takes to be the top dog? Especially in the enclosure of the upper middle class SUVs, it is teeming w

The CX-60 is Mazda's new flagship and competes in the premium league.

The SUV is cheaper than a BMW X3.

Can he still keep up?

But does the CX-60 have what it takes to be the top dog?

Especially in the enclosure of the upper middle class SUVs, it is teeming with proud twelve fenders.

BMW, for example, with the X3, Mercedes with the newly refurbished GLC or the Volvo XC 60 from the land of the moose.

They all compete for customers in the strongest motor vehicle segment.

With the CX-60, Mazda now wants to reach the top.

There are four good reasons why the project could succeed.

But there are also four stumbling blocks on the way, as the detailed everyday test shows.

Kodo: Touch hearts with the design

Mazda's SUVensive is off to a good start.

Because even at first glance you can see that the CX-60 stands out from the monotony of pseudo-off-road vehicles like a beacon.

This is how you build beautiful sports cars.

But it doesn't work that way because the designers dug deep into their bag of tricks.

The doors, for example, are slightly curved inwards, which looks like a slim waist and not a massive hum.

The Japanese, who are deeply rooted in Far Eastern tradition, call their design Kodo.

Kodo means "heartbeat": Mazda wants to touch the hearts of customers with the design.

Takumi is the top trim level of the Mazda CX-60.

And another excursion into Nippon folklore: Takumi is the name of the highest equipment line that can be purchased on the CX-60.

Takumi is the equivalent of the German master craftsman.

The materials used are reminiscent of the finest Japanese craftsmanship.

The light maple wood appliqués, for example, are intended "to reflect the Japanese aesthetic of the hacho, which strives for asymmetrical balance or intentional irregularities," according to the press release.

The woven fabrics change their pattern depending on the incidence of light – and the Kakenui sewing technique is used on the dashboard.

The yarn always allows a view of the material underneath.

Magical view through the bonnet

Its chic and at the same time unusual appearance is the first argument why the CX-60 can compete against the BMW X3 or Mercedes GLC.

At eye level, and that is the second big advantage, the Japanese rank in terms of technology.

The magical view through the bonnet (made possible by a 360-degree camera and the corresponding software) is also on board, as is innovative face recognition.

No big frills, the digital speedometer of the CX-60 is based on the analogue instruments and is very clear.

It remembers up to six drivers and automatically creates their preferred settings: from the climate and audio to the mirrors.

In addition, the so-called "Driver Personalization System" automatically optimizes the seating position based on the eye level and the body size entered.

As if by magic, the armchair, mirror, steering wheel and head-up display move to the right place.

Parking: What is a working day and does Saturday include it?

Because we're just operating - that's the third argument for the Mazda flagship.

Less is more here: the head-up display shines with clarity and is not overloaded with information.

The digital round instruments are based on the classic analogue models - and the infotainment display also shines with its simple clarity.

No touch screen, here you work with a rotary wheel and push button in the center console.

BMW introduced this once, but unfortunately said goodbye to it again, while Mazda sticks with the tried and tested.

Big advantage: There are no ugly, greasy fingerprints on the screen.

And another good idea.

If you press the home button twice, you will be rewarded with a dark display with a digital clock.

All good things come in fours

All good things don't come in threes with the Mazda CX-60, but in four.

Comfort is added to the strengths already mentioned.

The driver and front passenger not only have enough space to sit, they really float in the room, which is particularly light thanks to its tidy design.

You also sit very neatly in the back, the trunk offers space for 570 to over 1,700 liters.

It is conveniently filled via a flat loading floor, which unfortunately is still not standard for every manufacturer.

Also cuts a fine figure at the rear.

The discovery of silence as a comfort feature is real luxury in an increasingly hectic time.

But alas, one drives very slowly.

But more on that in a moment.

The chassis is finely balanced, just the right mix.

Hard enough to feel the road, soft enough for the long haul.

The PHEV can cover 63 kilometers electrically

The Maxda CX-60 is offered with three engines.

The SUV is immediately available as a PHEV.

Next spring, a 3.3-liter six-cylinder diesel with two output levels of 200 and 245 hp will be added, later a three-liter petrol engine will also come into play.

The plug-in hybrid is the first of its kind at Mazda.

Gasoline and electric motor - the plug-in hybrid can cover up to 63 kilometers purely electrically, then the four-cylinder gasoline engine has to step in.

That is enough for purely electric driving up to 63 kilometers.

It charges in just under 2.5 hours.

We couldn't always charge and therefore ended up with almost eight liters plus electricity.

Weakness number one: the steering

But now to the weaknesses of the car.

We discovered the following four stumbling blocks on the way to the top.

First of all there is the steering.

She is vague and indifferent.

When making slight readjustments, you often use too much force.

The result is a slight swerve, followed by another swerve when in doubt.

That can be interpreted as a meandering line driving.

But this only has consequences if there is a blue light on the following car.

Over time we got used to the steering, but we didn't become friends.

We have not gotten used to the lane departure warning system, which often intervenes too early and too violently.

This is the second big minus point for the CX-60.

Mainly because you have to laboriously switch off the assistant via a submenu in the display - every time the ignition was off.

What's whimpering there at low speed?

We also have to complain about the electric motor and transmission.

The former is unpleasantly noticeable with its whimpering sound when moving the car at low speeds.

That doesn't fit either Kodo or Takumi.

Not for the heart, just something for the ears, and technically it's not really good either.

Especially when transitioning from normal to sport and vice versa, it jerks unpleasantly.

That brings us to four at Stolperstein.

As nice as some of the details are that make the Mazda so lovable (for example the 220-volt socket in the trunk), one is astonished at this shortcoming: We are talking about voice recognition.

If she understands something, then only standard sentences.

We fail with commands as simple as tuning to a specific radio station.

Not to mention the question of a good restaurant in the area.

Mazda must and can certainly improve this with new software.

If you want, you can make tea in the trunk of the Mazda CX-50 or connect a radio, because there is a 220-volt socket here.

This also applies to the traffic jam assistant, who speaks up unasked and unfortunately sometimes unqualified.

In any case, some of the predicted traffic jam zones did not exist - and the fact that the digital assistant keeps saying "traffic jam ahead" like a Tibetan prayer wheel, even though we've been standing around and sneaking around in it for 15 minutes, isn't really helpful, it's almost annoying.

Ceterum censeo says the Latin and summarizes at the end of two extensive test weeks with the Mazda CX-60: It is around 10,000 euros cheaper than a BMW xDrive 30 e, the difference to the comparable Mercedes GLC 300e 4matic adds up to almost 20,000.

We think: You can overlook one or the other petitesse.

It definitely pays off. Expensive driver's license: Swedes and Swiss pay most for the "rag" 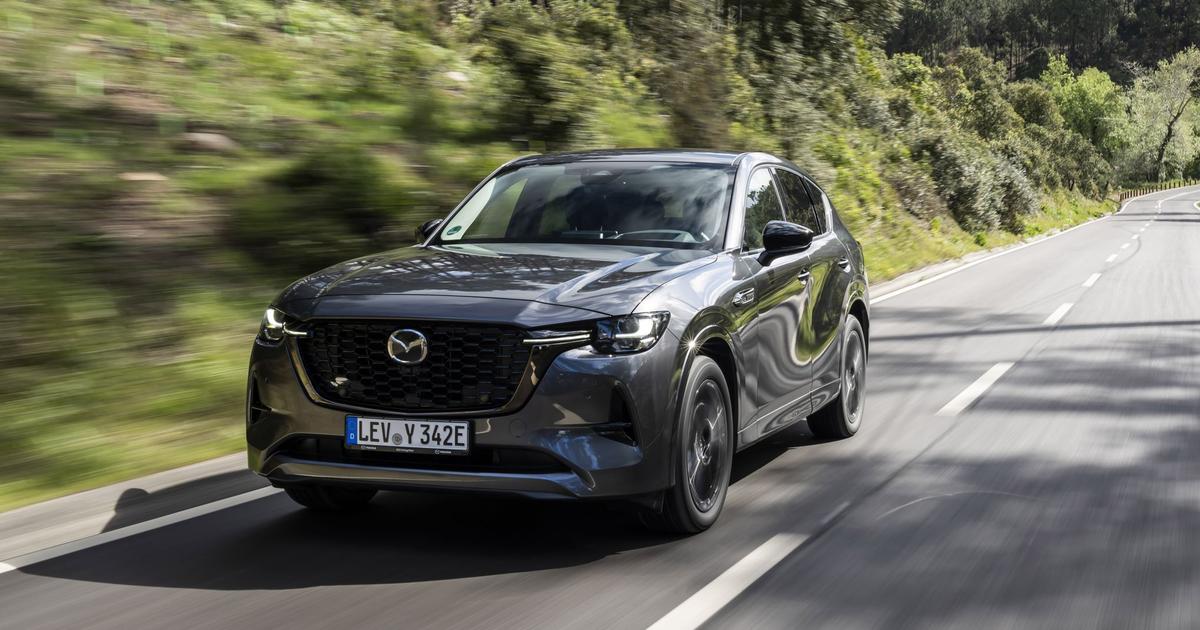 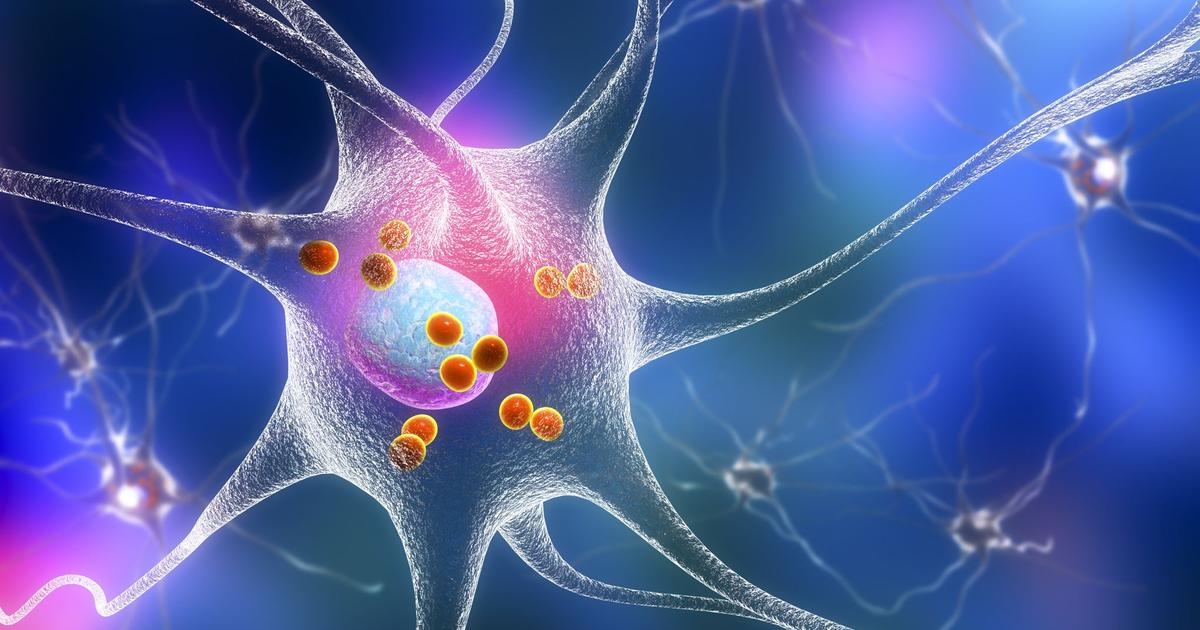