The pro-Russian propaganda machine is running at full speed again after the pipeline explosions. Strange tweets, videos shared tens of thousands of times, voices from AfD and Die Linke, "Fox News" and Putin's Kremlin in unison.

Chancellor Olaf Scholz in Washington with US President Joe Biden on February 7, 2022: Snippets based on a nearly half-hour video

When it became known on Monday that a leak had occurred in the Nord Stream 1 gas pipeline during the night, some were immediately certain: it was sabotage.

Some even knew: That could only have been the USA.

Since the beginning of this week, to coincide with the unprecedented pipeline attacks, an unprecedented propaganda campaign has been unfolding, primarily on social media.

Two weeks ago, this column dealt with the methodology of Russian disinformation campaigns.

I myself am involved in several research projects on this topic.

In the case study of the "Bioloabs" conspiracy narrative that I outlined at the time, the actors included:

Please regard this list as a checklist for future waves of disinformation – including the current one.

As things stand, both Nord Stream pipelines have been sabotaged, but one Nord Stream 2 pipe is still intact.

So Russia could still supply gas.

But only through the Nord Stream 2 pipeline, which was not opened as a sanction from the outset. If the USA had blown up the pipelines, as many pro-Russian whisperers - and now, as expected, the Russian secret service too - are spreading, they would have been very stupid .

The first leak in Nord Stream 2 appeared to have occurred on the night of September 25th to 26th.

Early Monday evening, Haas initially tweeted that only a “state actor would be an option”.

26 minutes later he added a video snippet that was supposed to support this thesis - with the USA as the "state actor".

According to Haas, I cut the snippets himself – which is why I talked to him for a long time – based on an almost half-hour video from a press conference given by Joe Biden and Federal Chancellor Olaf Scholz on February 7, 2022.

The two threatened Russia with sanctions if Russian tanks crossed the border into Ukraine.

Even a bit surprised by the viral success

How Germany looks at Russia:Putin, the total failure?A column by Thomas Fischer

Biden said there will be “no more Nord Stream 2 then” and when asked how he planned to do that, said “I promise we will be able to do it”.

Scholz added that there was complete agreement with the partners.

In the end, Nord Stream 2 was put on hold two days before the actual invasion, after Russia had declared the "federal republics" of Luhansk and Donetsk independent.

So what happened was exactly what Biden and Scholz announced.

Despite this fact, the snippet quickly became a viral sensation as supposed evidence that the US must have blown up the pipelines.

Thousands of retweets and quotes, thousands of clicks on the like button.

He himself seems somewhat surprised by the viral success.

The tweet was shared by many English-speaking, but also by Italian, Dutch, Spanish, Nigerian and even Arabic-speaking accounts.

This Thursday, together with a project colleague from the Leibniz Institute for Media Research in Hamburg, I browsed through a little Twitter with a few technical tools to see how the »It was the USA!« thesis was spreading there.

The results are amazing.

A second video snippet showing the same scene was far more successful than the one from Fürth.

The US news channel ABC News had already published it on Twitter on February 7th.

That makes an audience of millions.

The conspiracy freelancer from Australia

She copied the ABC tweet on Tuesday, September 27, changing the lyrics slightly.

Now it says, translated: »BIDEN admits that the US was behind the sabotage of Nord Stream 1 and 2.« (Nord Stream 1 was not even mentioned there).

This is followed by the original ABC News text and video.

"Syrian Girl" is a kind of disinformation influencer with a presence on YouTube, Telegram and elsewhere.

For years she has been spreading anti-Semitic theses, Kulturkampf content and lots of conspiracy narratives, most recently on the subject of Corona.

But »Syrian Girl« is also very concerned about the Russian people and suffers from the injustices that are constantly being done to the oppressed regime of Vladimir Putin.

And she hates the US.

Her first tweet in 2011 celebrated the deaths of five US soldiers in Iraq, saying "five pigs" had died there.

Susli, alias »Syrian Girl«, is now a kind of sought-after freelancer in the international conspiracy business: She has already been on »Infowars« and was featured in the programs of »Russia Today« and the Iranian channel »Press TV«.

From fans of the mullah regime to fans of Fidel Castro

Something interesting happened after Susli's tweet with the supposedly incriminating Biden snippet: not only did retweets and likes rain down, but her original tweet became the template.

Accounts from all over the world passed it on verbatim and with the same bold typography as if it were their own work.

Even with those who otherwise tweet in Spanish or Italian, on accounts with a focus on India or South Africa, and on a fan account for the mullah regime in Iran.

Some have Fidel Castro as a profile picture, some have a fighter jet, some have a movie character — and some have portraits that have the typical characteristics that indicate a fake image generated by a machine learning system.

But there are also similarities: All these accounts are interested in various conspiracy narratives, share enemy images such as the multi-billionaire George Soros (whom Vladimir Putin has also hated for a long time) and the World Economic Forum (which in certain circles has become a kind of code for the current variant of the history of of the Jewish world conspiracy).

They think Corona is a fiction, celebrate the neo-fascist Italian election winner Meloni, some deny climate change, and everyone thinks Putin is great.

While this strangely concerted wave of enthusiasm for the theory that the USA had sabotaged the pipelines rolled in on the social network, other players with more reach did the same to the strange Twitter accounts.

Tucker Carlson—yes, that one again—dedicated a more than eight-minute segment to the pipelines at prime time on Fox News, including the clip from the Biden-Scholz press conference.

Russia's propagandists liked this so much that excerpts of it were promptly repeated on Russian propaganda television.

This isn't the first time this has happened with Carlson content.

On Wednesday, Russia's government spokesman Dmitry Peskov said personally that US President Biden had already declared in February that "there would be no more Nord Stream 2" if Russia invaded Ukraine.

And the other protagonists of the column from two weeks ago also took part again, this is only for the sake of completeness: Eva Herman, for example, »Infowars« and the »Anti-Spiegel« from St. Petersburg.

The combination of this seemingly simple explanation and this apparent evidence spread rapidly around the globe.

Supported by many accounts, which then suddenly act in concert if necessary.

And again, in the end, international reach guarantors like Tucker Carlson and local political actors - in this case again various people from the AfD and the left, who already declared on Tuesday that it was definitely not Russia - played their roles well.

What ultimately works virally is often only decided during the process, and it can also come from a motivated amateur.

As long as the content fits the message, everything is one.

The main thing is that there is a bang, Russia is innocent and the West was. 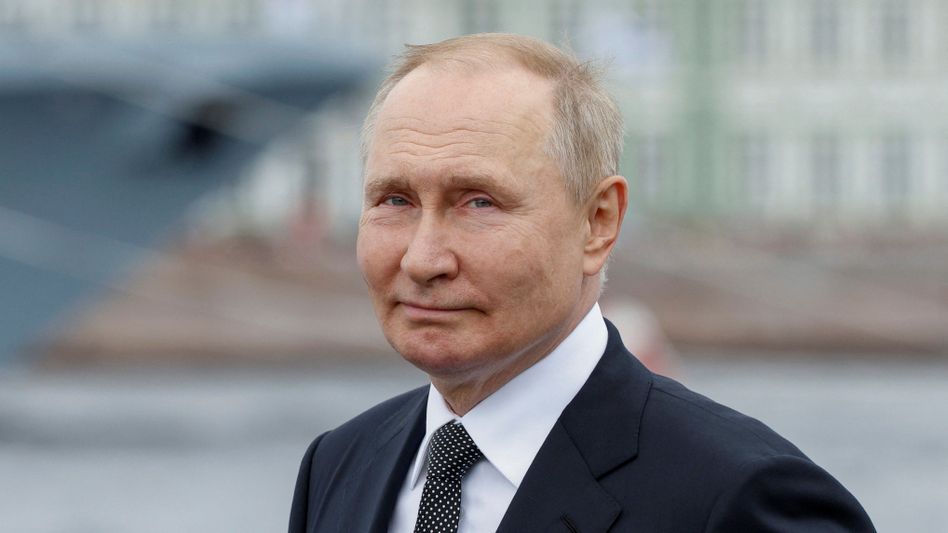 Sascha Lobo: What strategies does Putin want to use to destroy the EU? 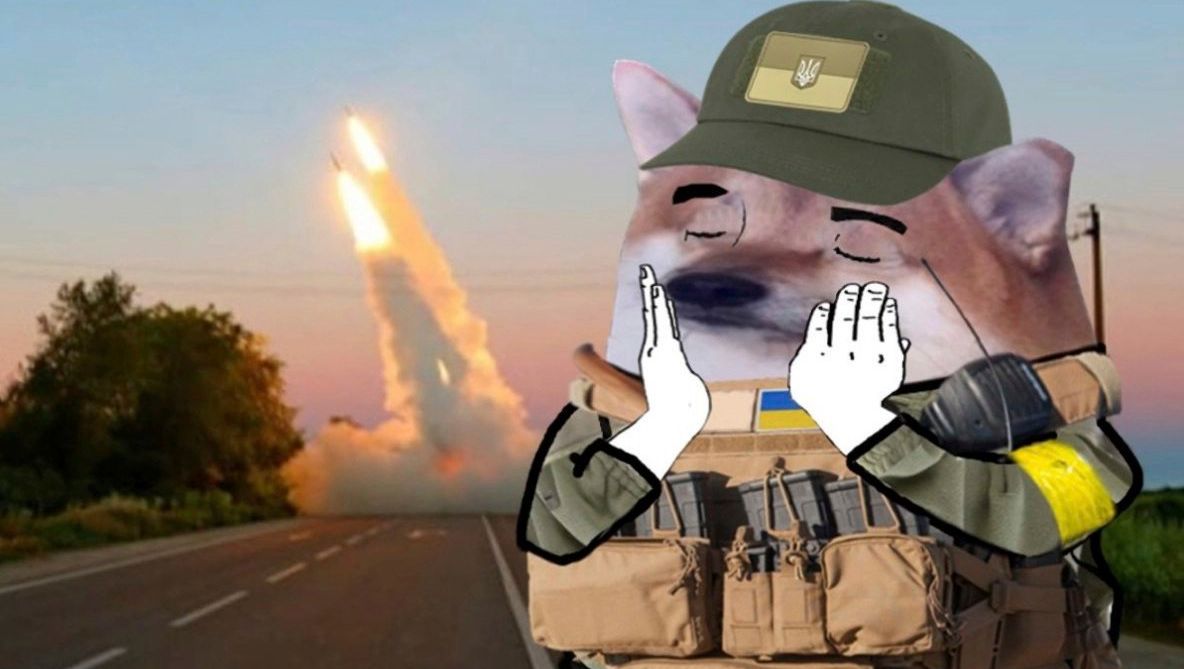 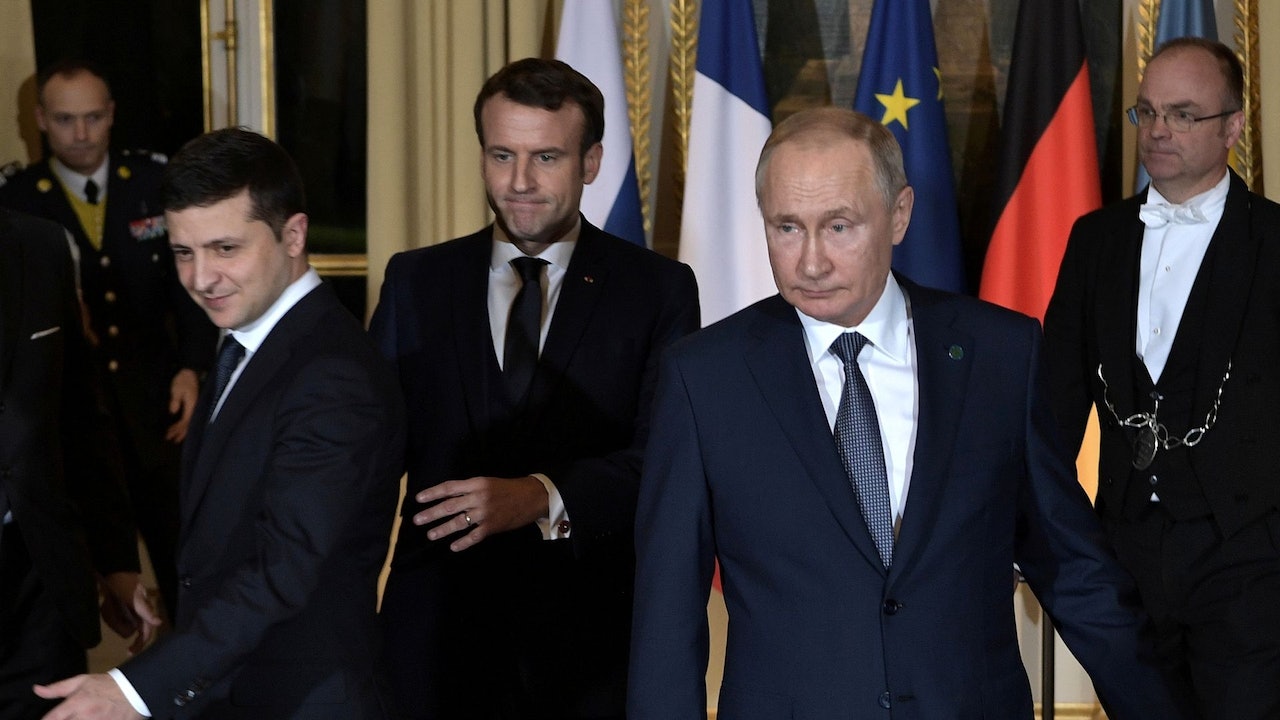 The midfield review of the Russian-Ukrainian propaganda war: What is the quality of "anti-aggression" and "anti-Nazi"? 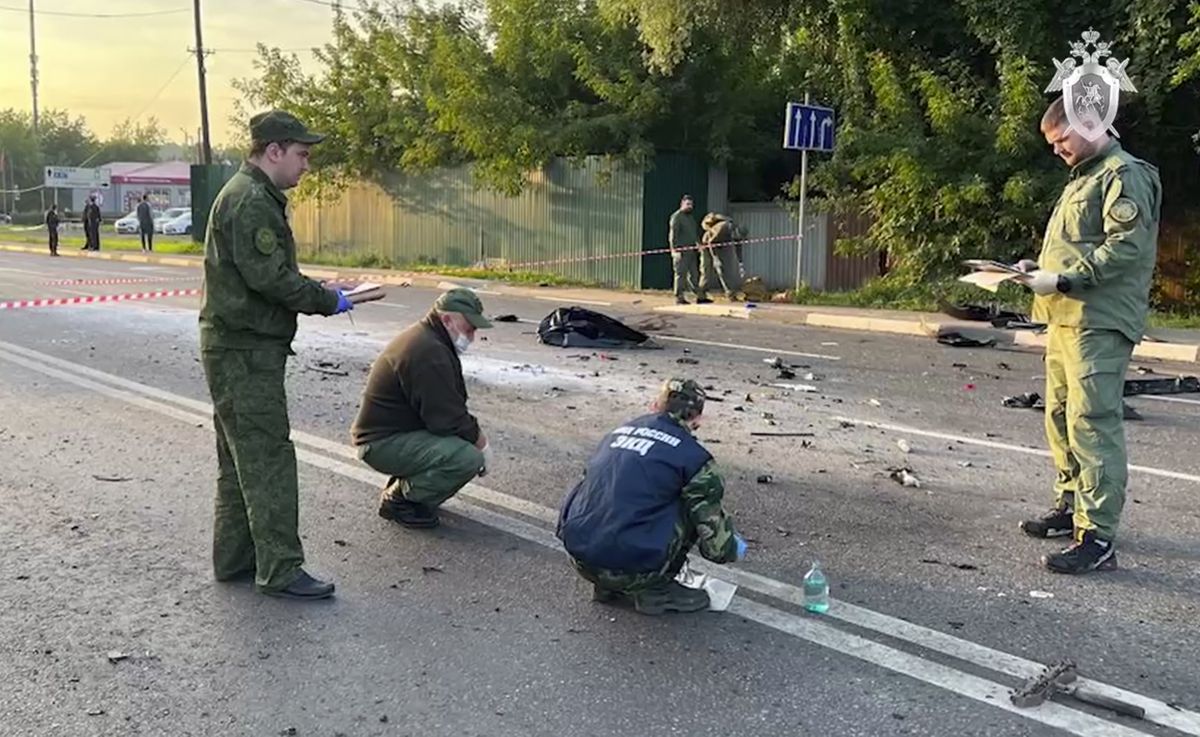 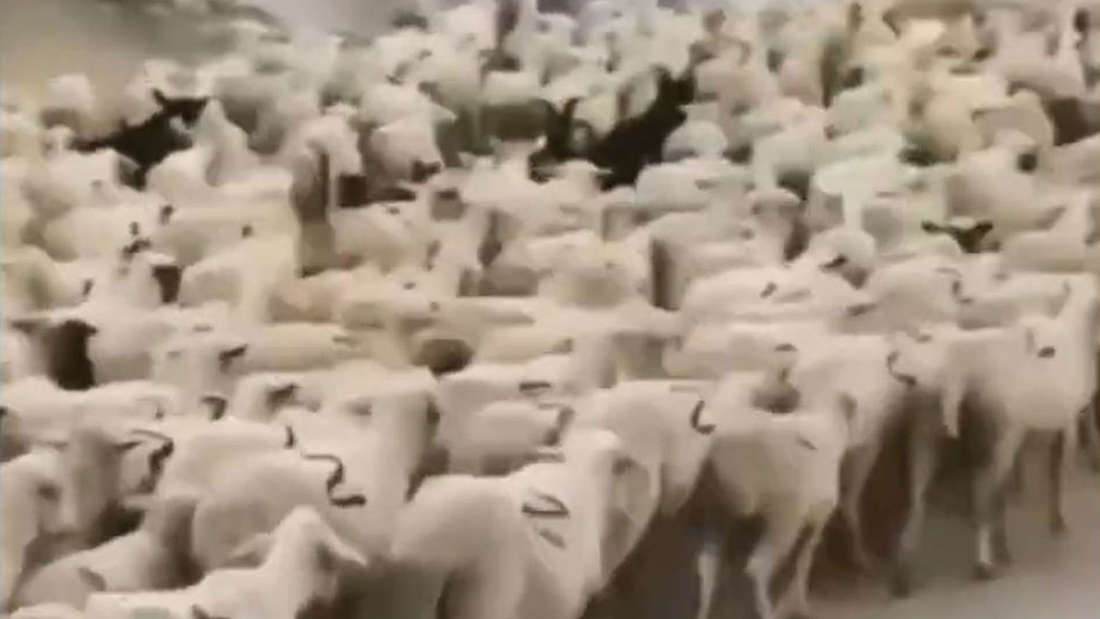 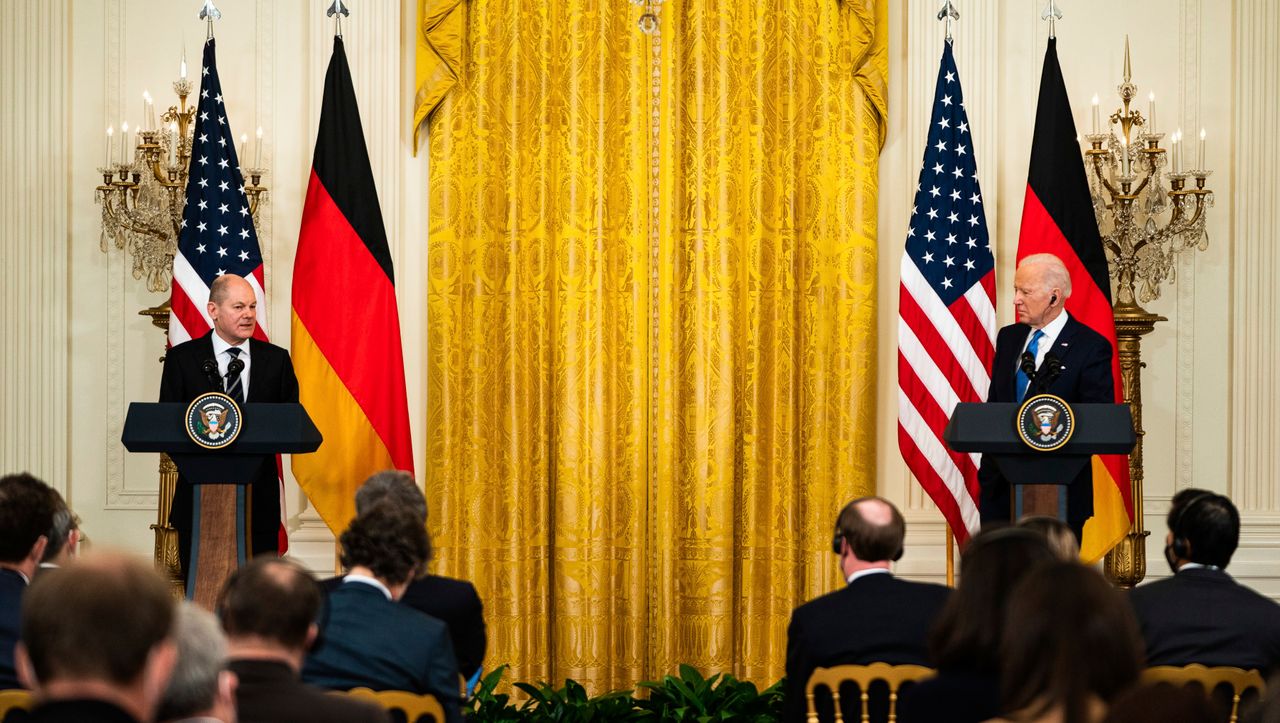 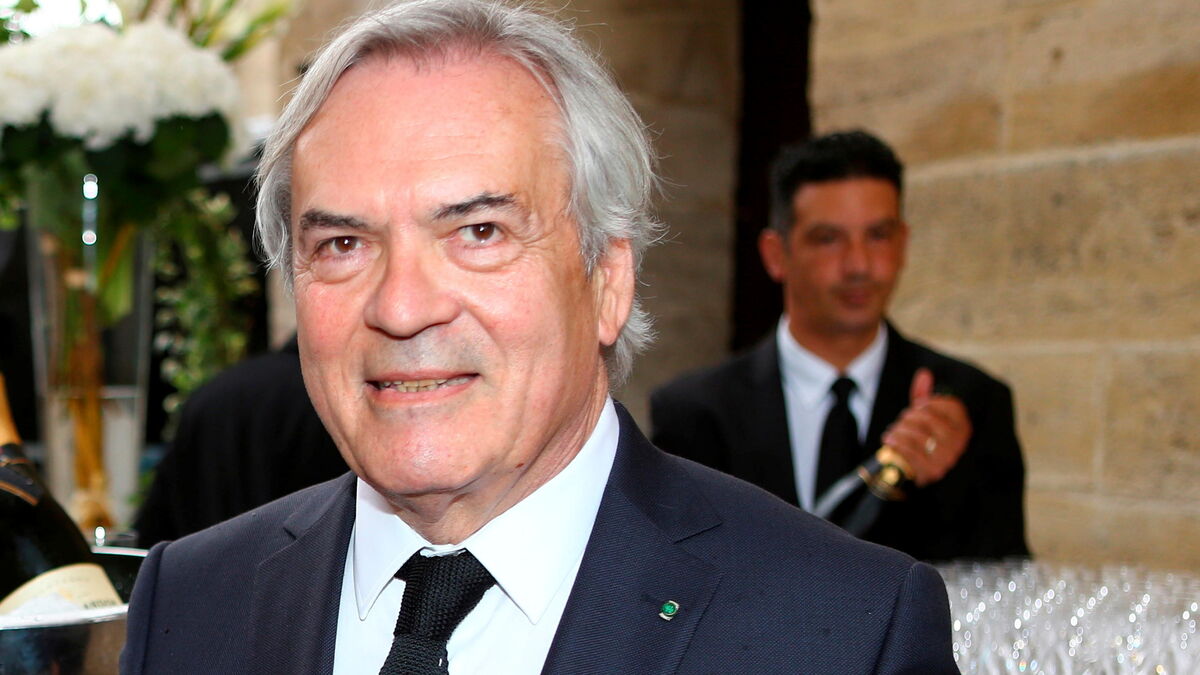 A sexual aggressor recognized civilly responsible despite the prescription