"Eating the Rich: The GameStop Saga" presents David's war with Goliath - the little man who managed to fight the evil forces of Wall Street. "Scandal! The Fall of Wirecard" describes how he succeeded

Revenge of the Millennials: Netflix's new economic docuseries make for food for thought

"Eat the Rich: The GameStop Saga" presents David's war with Goliath - the little man who managed to fight the evil forces of Wall Street.

"Scandal! The Fall of Wirecard" describes how a financial giant managed to cheat billions.

Both are worth at least a look, even for those who are not really interested in the field

Trailer for the documentary series "Eat the Rich: The Gamestop Saga" (Netflix)

"Short", selling short, is a concept in the financial world that expresses the opposite of buying a stock.

In a buying operation, a person buys a share at some price.

If the price goes up he makes a profit on paper, a profit that becomes practical when he sells.

If the price goes down, he loses of course.

In a short operation, on the other hand, the investor first borrows the security and sells it, and only after a certain time does he buy it back.

The meaning: instead of striving for increases, he wants the value of the stock to fall.

The stronger the fall, the greater the payoff.

Although Short is a completely legitimate tool, this practice arouses antagonism among the institutional bodies.

The ideology behind investors is pessimistic, and Wall Street does not like pessimism.

In the films "The Big Short" and "Betting on Zero", the shortists are presented as the people of logic, the ones who shouted that the king is naked, but in general it is a population that, in practice, enjoys the troubles of others.

This population has a collective name - they are called "hedge funds", and it is the target of the millennial generation, who initiated one of the strangest and most interesting economic rebellions of the 21st century.

"Eat the Rich: The GameStop Saga" (Eat the Rich: The GameStop Saga) is a three-episode docu on Netflix, which describes a large-scale viral event that began in late 2020 and is actually still happening, albeit at a lower volume: the investment of financially clueless young people in the Kikyon stock market of Gamestop, to go head-on with the capital market sharks they see as scavengers.

The roots were planted in the subprime crisis of 2008, when children witnessed their parents being laid off while others made money, and lots of it.

The images that stood out the most at the time were of smiling and swaggering managers, who continued to receive government support despite their failures, and whose name was seemingly cut off for the troubles of those who were subordinate to them.

Those who especially made a fortune in those days were hedge fund managers.

A hedge fund is an investment fund that aims to generate profits in any market situation - whether it is up or down, whether stable or volatile.

To this end, the practice of shorts guides all these fund managers.

The hedge funds celebrated and the younger generation continued to hoard rage.

For more than a decade he fueled this anger, until the moment came to act.

"Eating the Rich" is a film that describes well, in basic terms and with a simple and understandable plot, how the network and the TikTok culture succeeded in instilling anxiety in these fund managers and shaking Wall Street.

It all started with the precise action of several members of the forum network Reddit, which still has an underground nucleus in its nature.

Those people, ordinary users who are not necessarily connected to the capital market, decided to invest in the stock of GameStop, a failed gaming store chain that reached huge financial losses and was on the verge of bankruptcy.

Because that's what they wanted for the segment.

Soon the phenomenon became viral on a psychic scale.

Using an application called "Robin Hood", which simplifies the possibility of investing even for people who are not experienced in the field, huge amounts of GameStop shares were purchased.

This is contrary to all logic and to the displeasure of the fund managers, who simply did not know how to eat the phenomenon and were fighting a completely new breed of rivals.

Like a coalition of Yair Lapid, Naftali Bennett and Ra'am: Season 5 of "Cobra Kai" presents an unbelievable collaboration

The series presents an amazing social phenomenon, of simple, young people who lack understanding of the market, who managed to move the tectonic plates beneath Wall Street.

This kind of investment trend (not only in Gamestop) can cause the market to crash, but Reddit investors don't really care.

For them, they are the little citizen fighting the forces of darkness.

"No matter how dangerous the situation is, no one will support Goliath", one of the interviewees expresses the sentiment that permeated the network, a sentiment that even the greatest hater of shortists on the planet, Elon Musk, will fuel at some point.

It is difficult to produce an economic documentary that will captivate viewers.

Even the series "Dirty Money", which accompanied real crimes in the world of finance, had several dreary episodes.

"Eating the Rich" is a small, light and short series (total time of about two hours), which presents a fascinating and unusual social phenomenon of colliding worlds.

By the way, contrary to what one might expect, the head of the snake was indeed severed through forceful actions of the establishment whose legitimacy can be debated, but GameStop's stock is alive and well, as is the stock of the AMC cinema chain, which also starred in Reddit's meme-stock culture.

It is worth watching the series, it is also worth continuing to follow the developments in reality.

Another film that touches on the short investors and recently appeared on Netflix is ​​"Skandal! Bringing Down Wirecard", which documents the rise and fall of the German fintech giant, which committed financial frauds to the extent of billions of dollars and its illegal activities were exposed by the Financial Times journalist the British.

Here too, the short investors have a role, although it is a little different - here they were the game tools of Wirecard, which claimed that their connections with the Financial Times led to the "false" investigation against them in order to bring down the value of the stock.

I liked it less, maybe because of its metallic German delivery, and especially because it seems we've seen dozens of such scam movies before.

There is no unique line in the plot, and yet the film manages to produce food for thought.

Unlike the Gamestop phenomenon that floated above the surface and its meanings are clear, here everything is done in the dark.

The fintech industry (Fintech - short for Financial Technology) is fertile ground for huge frauds, and it is quite amazing to see that even in today's transparent world, when everything is visible and every suspicious action can jump millions of users online, it is still possible to be deceived on such a scale. 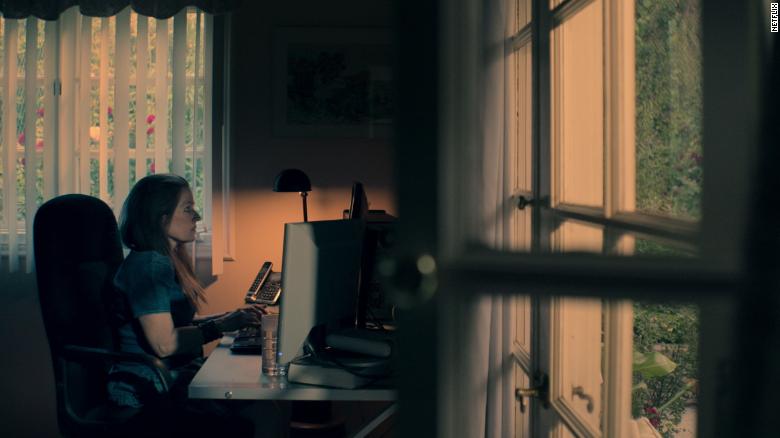