A mistake, we are wrong, we were wrong - voila! culture

Yermi Kaplan regrets hitting on a fan who was leaving a concert, Subliminal wouldn't write objectifying lyrics today and Michael Ben David regrets being pushed into the Eurovision hosts. A collection of regrets for Yom Kippur

A mistake, we are wrong, we were wrong

Yermi Kaplan regrets hitting on a fan who was leaving a concert, Subliminal wouldn't write objectifying lyrics today, Michael Ben David regrets being pushed between the Eurovision hosts, and what about Rita, Aki Avni, Dana Berger and Tomer Sharon?

On the occasion of Yom Kippur, the best quotes about regrets and forgiveness published this year in Vala!

Yermi Kaplan: "I yelled at someone in the audience because she walked out in the middle of a song"

"Many years ago, if I performed in an audience of 400 people, and there were 398 people in it, and two people who were less interested, and I don't know why, then I only saw those two. This is a problem. I once, in the 90s, shouted at Someone because she walked out in the middle of a song. I stopped the song in the middle, and I said to her: 'I'll let you free yourself from the constraints of what we're doing, and we'll continue with the people who actually had a good time.' The next day, this girl talked to my manager, and she really cried. She She said she had to go because she had a babysitter, and she had to get to the bus, some kind of story about someone who was dying to stay put but had to get out. And I scolded her for it. Then I realized, because you don't know the story of each of those sitting in front of you - You have to know how to let go. I definitely let go."

For the full interview with Yermi Kaplan

Rita: "There are many decisions I regret"

For the full interview with Rita

"There were things I didn't supervise because I was busy with something else."

Yona Elian: "I regret not talking to my parents more"

"I don't regret anything. Like Edith Piaf. Actually, I regret one thing: that I didn't have time to talk more with my parents, they died too soon."

For the full interview with Yona Elian

Aki Avni: "I could have been in a 'wonderful country'"

"There is nothing in my career that I regret. This is my path and this is what it should have been. I learned from everything."

Is there an offer you turned down and regret it?

"Listen, I did the pilot of 'Aretz Fahadrah' with Orna Banai and Dov Navon, but then I went to the US and the rest is history.

So yes, I could be in 'Wonderland'.

I had no hesitation at all because I was on an artistic journey at the time and who even knew that this is what would happen to 'Amazing Country' in the end, that they would explode to such an extent." For the

"This is my route and it is what it should have been."

"I think I am at peace with all my actions, even if these are actions that ultimately caused me some kind of damage, it is damage that built me, damage that I learned from. For example, this whole experience of the 'Tucket family'. I have been asked many times by people close to me and today in business - Don't you regret it? I lost a lot, a lot of money there. I really, really don't regret it. I wanted to surf waves, and we had to create a sea because there was no sea. So even if in terms of money there was a failure - I'm very happy. I think that without it There was no Israeli hip-hop today, there were no such labels today and a producer like Jordi wouldn't exist today if there wasn't 'Tact'."

You wrote a few lines in the past, which it is highly doubtful would pass today, in the MeToo era.

And in the song "Hollywood" you wrote, among other things: "He met her lying on her back with a naughty bikini", "What curves", "

"Come on, these are two songs out of the entire history of the hundred thousand songs I've released. I'm not ashamed or sorry for anything I've done in my life, even when I was a 17-year-old boy, exploding hormones and living in a movie. Obviously today it wouldn't pass, but even today it's everything running through the heads of 16-17-year-old children. Maybe today also for 13-14-year-old children. What to do, it's part of my growing up and I'm not ashamed. There's also a song I dedicated to my friend Hila, and I say her name, and today I'm married to someone else, so What, will I deny the song I created for Hila? No. It's part of my growth, and it's documented in the music I made. Well, yes, I was a 16-17 year old boy, horny Ahoshiling, and all I cared about was being with girls. I didn't do anything wrong. No I used to not be one of those who was with the female fans. I always had a constant company. Today I wouldn't write such a text, I don't connect with it, and today I am in a very comfortable place with my success in Israeli music. I have grown up."

For the full interview with Subliminal

"I lost lots and lots of money there. I really, really don't regret the Tackett family."

Tomer Sharon: "I refused the 'shorts' because I was depressed"

"I refused all kinds of things, but in retrospect I realized that I refused these offers because I was in a period of depression and I didn't understand then why I was refusing. For example, I refused the program 'Shorts', which was a good program, and only later did I realize that I was depressed and that is why I refused."

For the full interview with Tomer Sharon

"I didn't understand why I was refusing."

Eyal Shani: "If I hurt someone it was from blindness, partial blindness"

"I regret if I hurt people in my life. I have a real regret for that. If I hurt someone it was through blindness. It was not intentional. It was partial blindness in some places of mine. This is the only thing I can regret in life. The rest I can't regret Because life is the result of infinite combinations and you don't know what produces the good and what produces the pain."

For the full interview with Eyal Shani

Dana Berger: "Participating in 'Survival' was a nightmare. It wasn't worth the money"

"My participation in 'Survival' was a nightmare. My mother taught me that nothing is a mistake, but it was a nightmare, not worth the money. I recommend to anyone who is debating whether to do it - not to do it."

The Blagan band was formed shortly after Yuval Mesner was released from prison following his conviction for the rape of a minor.

Do you feel remorse for creating a mess after he got out of prison and/or the band's mini-reunion in July 2016?

"I don't feel any regret. I loved Yuval very much, he was a friend. We made music together. The discomfort I feel is mainly towards the hysterics and the monster of bickering, which goes out of all proportions in every subject, and remains even after a person passes away, without considering the family and children he left behind after him".

For the full interview with Dana Berger

"I recommend to anyone who is debating whether to do it - not to do it."

Itai Levy: "I regret that I was good to the wrong people"

"I thought about the fact that there are those who say 'I regret being too good'. But there is no such thing as 'too good'. You are either good or you are bad. I want to be 'too good' for the rest of my days. What I regret is that I was Good for the wrong people."

The full interview with Itai Levy

Michael, among the many criticisms of you, the journalist Lilach Wallach tweeted: "There is nothing like Michael Ben David's whimsical push to broadcast Eurovision hosts, to demonstrate the constant gap in which we say about ourselves 'what a warm and charming people we are', and everyone else politely nods and thinks: Bull, only limitless, self-centered and brazen."

"There's something about it. I really have no boundaries. I'm also cheeky at times. Lilac, I'm sorry if I made you cry. Tell her I'm sorry."

For the full interview with Michael Ben David 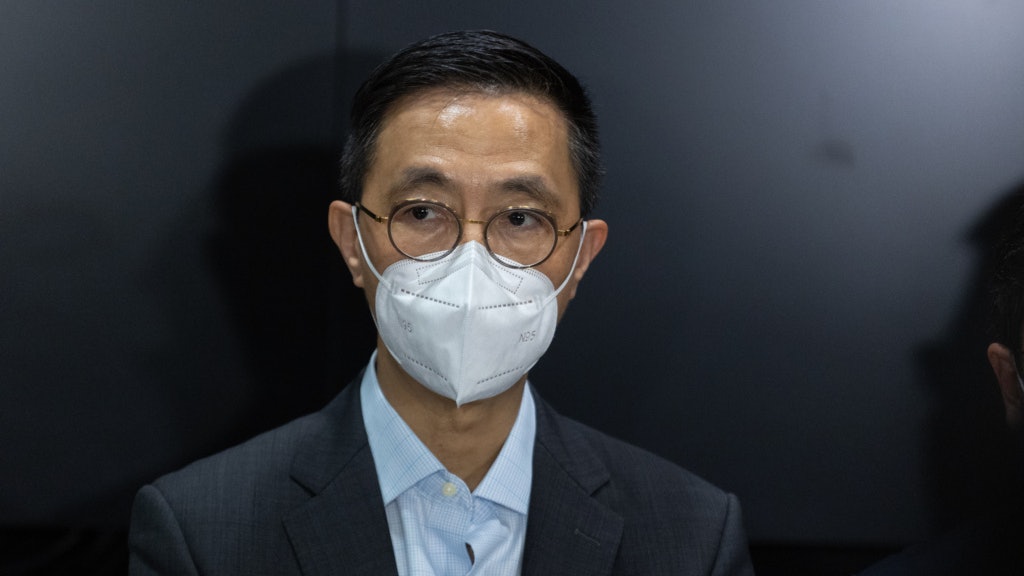 The national anthem of Hong Kong and Lamma is wrong again︱The subtitle of the World Cup broadcast is wrongly written "May Glory" Yang Runxiong: Unbelievable

Huge leak: Menachem Horowitz interviewed Aviva Avidan, but it was not her at all - Walla! culture 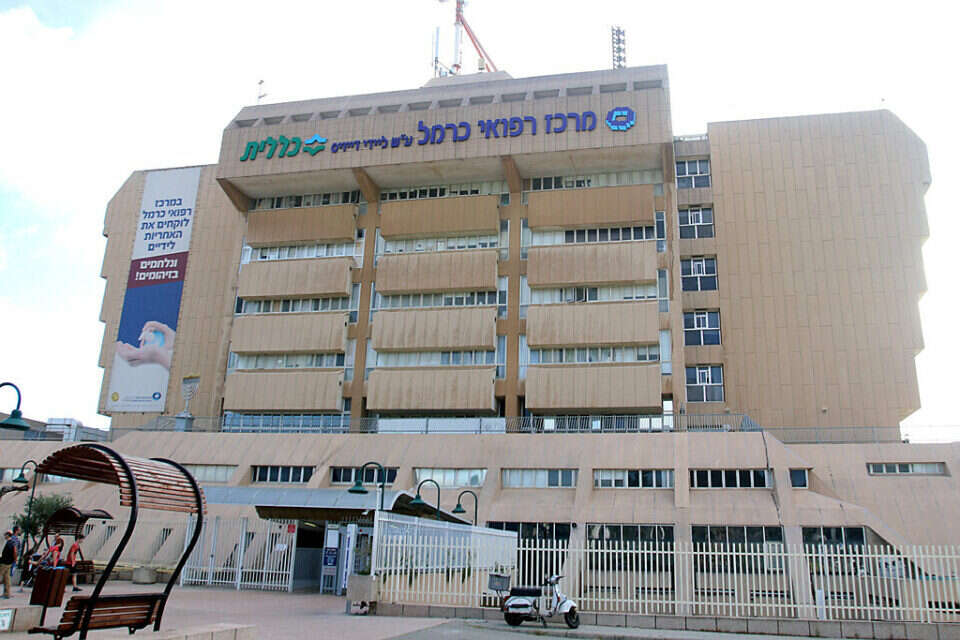 Due to a mistake in identification at the hospital: The wrong body was brought for burial Israel today 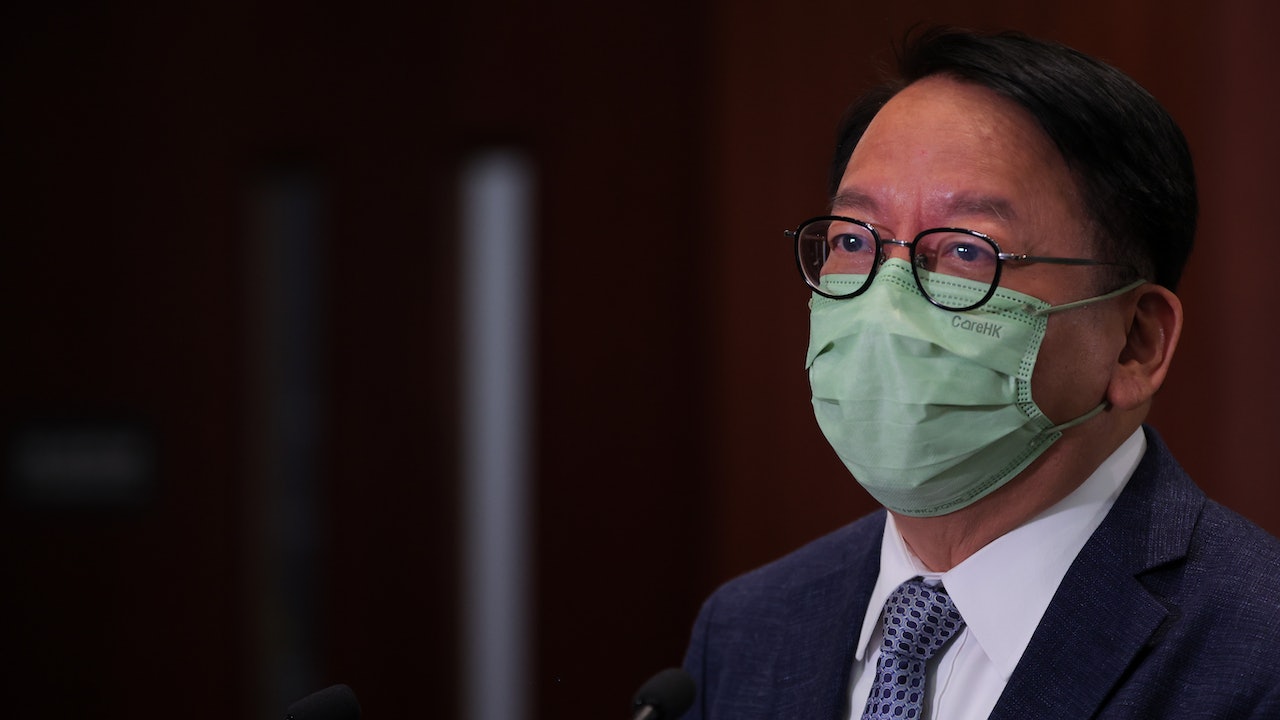 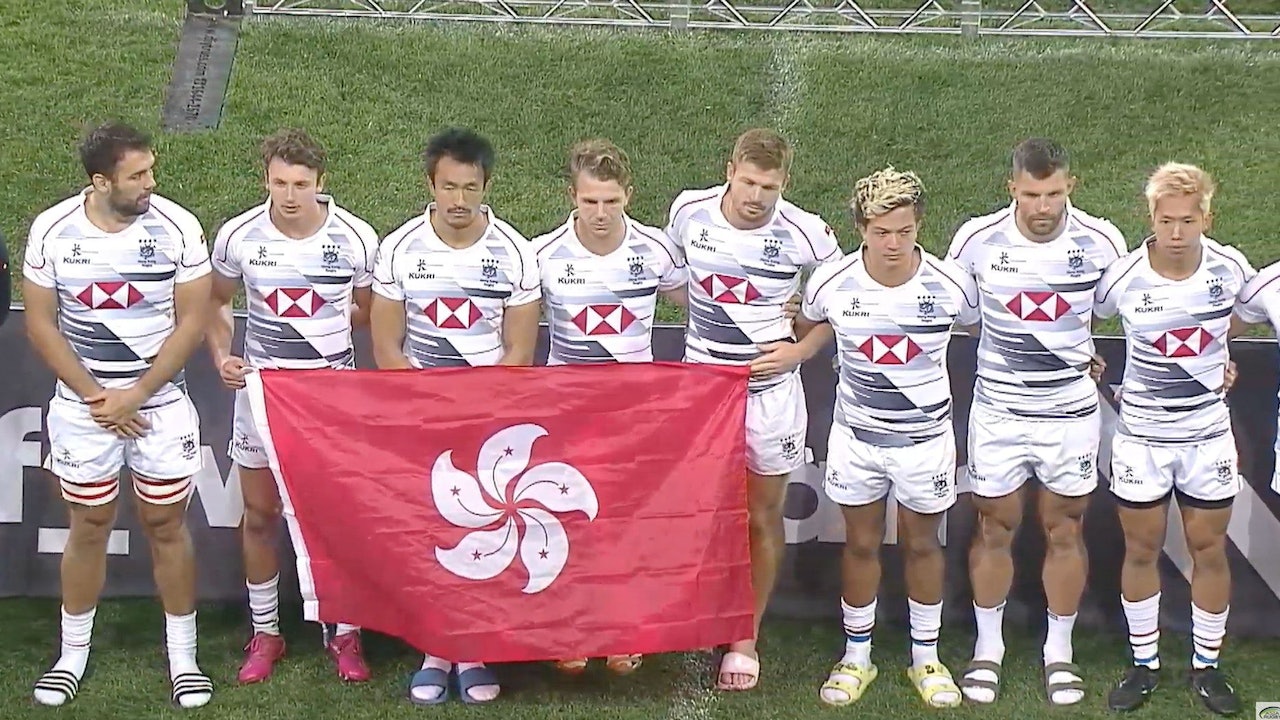 Hong Kong Lavender Disturbance｜Yang Runxiong: It is difficult to monitor the game and report 24/7. If the public reveals mistakes, they can raise

London: Died in her apartment and was not discovered for two and a half years - now an apology is coming - voila! news 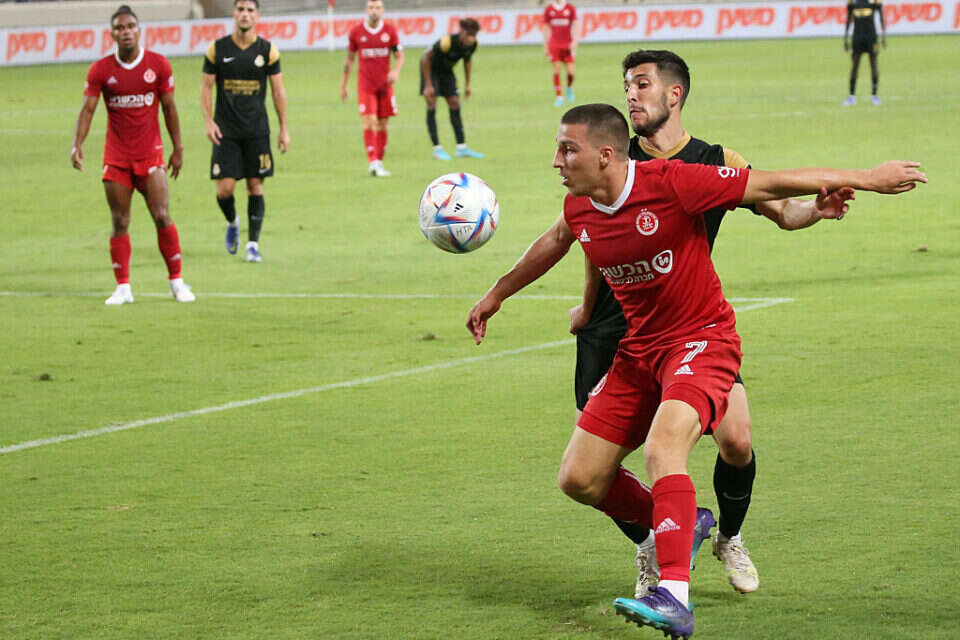 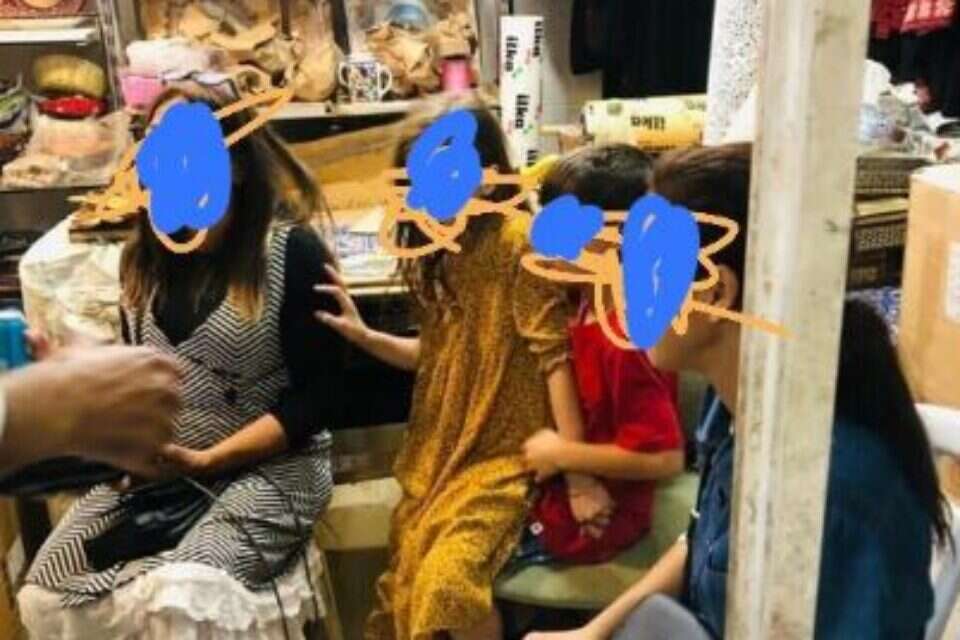