New smartphones, Bluetooth boxes and laptops in the EU will probably have to have a USB-C connection in the future. What does this mean for Apple's iPhones and wireless charging? The overview. 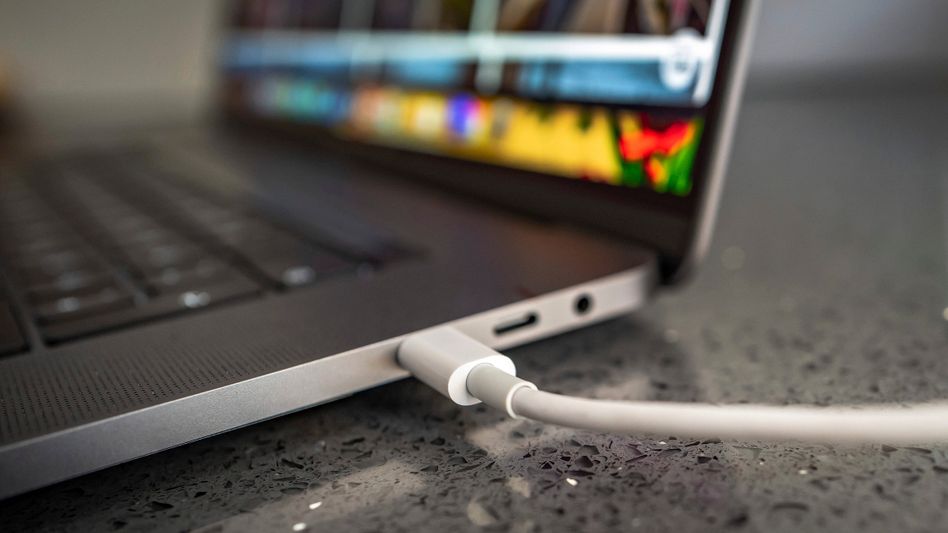 Connections of an Apple laptop: In contrast to the iPhones, the MacBook Pro has long been ready for USB-C

No more cable clutter: The EU Parliament voted this week for a new EU directive, according to which electronic mobile devices in EU countries must be delivered with a USB-C connection in the future.

The uniform option of charging new smartphones, digital cameras and laptops via this socket is intended to save consumers from having to search for the right cable in each case, among other things.

The EU Council still has to vote on the directive.

But his approval is considered a formality.

The EU countries would then have one year to transpose the USB-C obligation into national law and again a year later this law must also be applied.

But by no means all representatives of the electronics industry are enthusiastic about the EU plans - and Apple in particular is putting them under a lot of pressure.

Here are the answers to the most important questions about the USB-C obligation:

What speaks for a uniform charging socket?

According to the EU Parliament, the idea behind the new directive is that with a uniform connection, less waste is caused and the CO₂ emissions of factories are reduced.

Within the EU, chargers apparently produce around 11,000 tons of electronic waste every year, and the directive is intended to save more than 1,000 tons.

In the future, consumers will only need a charger with a suitable USB-C cable to charge their cell phones.

In the future, new devices must support what is known as Power Delivery (PD).

The label signals that charging with up to 100 watts is possible via USB-C cable.

That's easily enough for the quick charge function on smartphones and even the batteries of powerful laptops are quickly full again.

In the future, a charging capacity of up to 240 watts should even be possible via a USB-C cable.

The versatility of USB-C is noticeable in everyday life with docking stations, among other things: One cable can be enough to connect a laptop or a tablet with several screens as well as a keyboard and mouse - and to charge the device at the same time.

Which devices will have to be delivered with a USB-C connection in the future - and from when?

Almost all portable electronic devices with rechargeable batteries are affected by the change, which is expected to take effect in the EU from autumn 2024.

Laptop manufacturers have more time to make the switch: the rule will apply to portable computers from spring 2026.

Surveillance cameras are exempt from the obligation.

What about smartwatches and earbuds that charge wirelessly?

If devices are charged wirelessly, the EU rule does not apply.

In-ear headphones, for example, do not have to have a USB-C socket because they are too small for it.

Instead, the charging case must be equipped with USB-C.

Basically, there is still a lack of clarity about wireless charging stations for smartwatches, fitness bracelets and toothbrushes.

As soon as the new regulation comes into force, an EU committee will spend two years examining which wireless standard is suitable for EU-wide wireless charging.

Will manufacturers still be able to offer cheap devices from previous years without USB-C in two years?

If the regulation comes into effect, retailers within the EU will only be able to bring new devices onto the market from autumn 2024 that have a USB-C connection.

However, models from previous years are not retrospectively affected by the regulation and may continue to be sold.

However, most manufacturers of electronic devices should be unaffected by the new restriction anyway.

USB-C has long since established itself in Bluetooth boxes and single-lens reflex cameras.

Apple's iPhones, on the other hand, are still only available with a Lightning connector, which is why the EU directive is also known as the »anti-Apple law«.

The group warned in November last year that the directive "will limit European consumers' choice as cheaper older models disappear from the market".

Will the next iPhone now get USB-C?

In the long term, Apple will definitely be under pressure.

For ten years, the US group has been stubbornly using the self-developed Lightning standard for its iPhones.

Even the current iPhones still have such a connection.

In response to a SPIEGEL request, an Apple spokeswoman said that the company did not want to comment on the EU plans.

However, there has been a change at Apple in recent years.

According to experts, this will also happen with iPhones.

"I think they will switch," writes Apple analyst Mark Gurman to SPIEGEL.

The Bloomberg expert had already reported in May that the group was testing the first iPhones with USB-C in Cupertino.

What speaks against the USB-C obligation?

The Bitkom industry association, among others, is angry about the EU plans.

According to his managing director Bernhard Rohleder, the USB-C obligation hardly helps to avoid electronic waste, since there are already only three standards for the charging sockets with USB-C, Micro-USB and Lightning.

"The EU Parliament and EU states are lagging years behind in terms of technical development," said Rohleder in June.

In his view, the plans even slow down innovation, since new charging technologies such as the wireless Qi standard have prevailed while Parliament is still dealing with cables.

Apple also described the EU plans in advance as inhibiting innovation, since the USB standards are constantly being updated.

However, if the legal text always had to be updated first, so the argument goes, improvements in Europe could only arrive much later than in the rest of the world.

Apple has also accused the EU Commission of not specifically addressing the interaction between cables and chargers, which "can lead to consumer confusion and potential safety risks".

Many standards are currently causing a veritable chaos of names.

The problem: USB-C cables and connectors all look the same.

But there are huge differences in data rate and loading speed.

Choosing the cable is already a torture. Because you can't tell from the outside of many cables whether they come with transmission speeds of up to 480 megabits or 40 gigabits per second.

This is more noticeable in the price: cheap USB-C cables are available for less than ten euros, while USB 4 and Thunderbolt 4 cables sometimes cost more than 30 euros.

But more importantly, not all USB-C cables are suitable for charging.

Incorrect cables can even destroy laptops.

The so-called USB Implementers Forum (USB-IF) wants to prevent something like this from happening with tests and certificates.

The consortium has set itself the goal of providing consumers with more precise information in the future and is calling on manufacturers to omit irritating designations such as USB4 Gen3x2.

Instead, stickers with specific information such as »40 Gbps« and »60 Watt« should be stuck to the packaging.

But this measure alone will probably not end the version confusion.

Only a fraction of the USB devices on the market have been officially approved by the USB-IF, writes The Verge.

And with new devices, you cannot rely on the fact that the fastest socket is installed and that there is a turbo cable in the package.

Because with a keyboard and mouse, for example, 40 gigabits per second and 100 watts of charging power are not required. 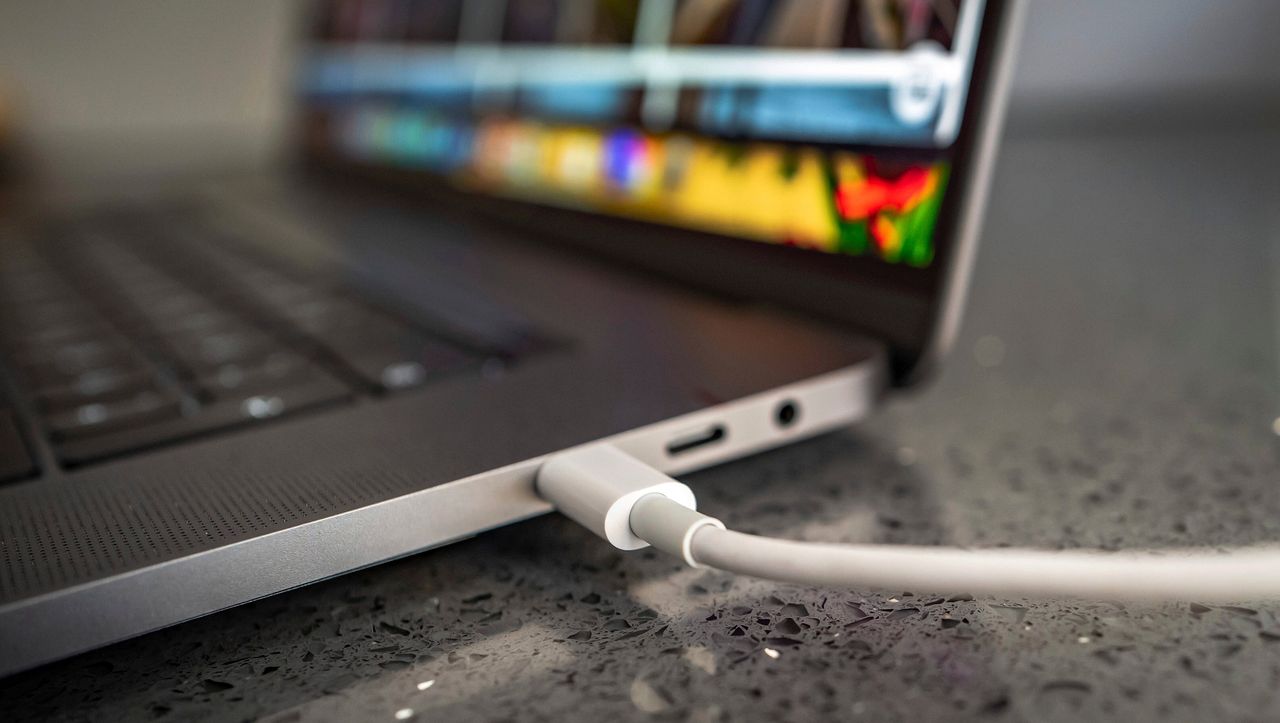 Apple bows to the EU: products only with USB-C 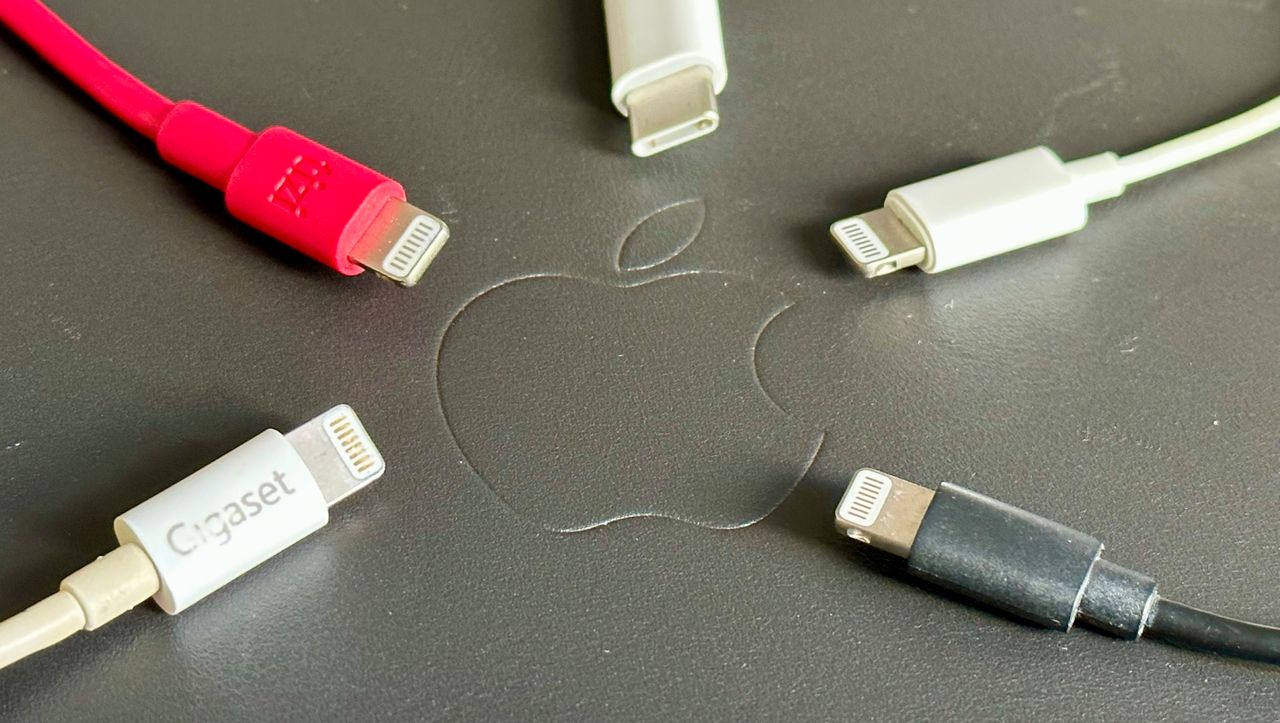 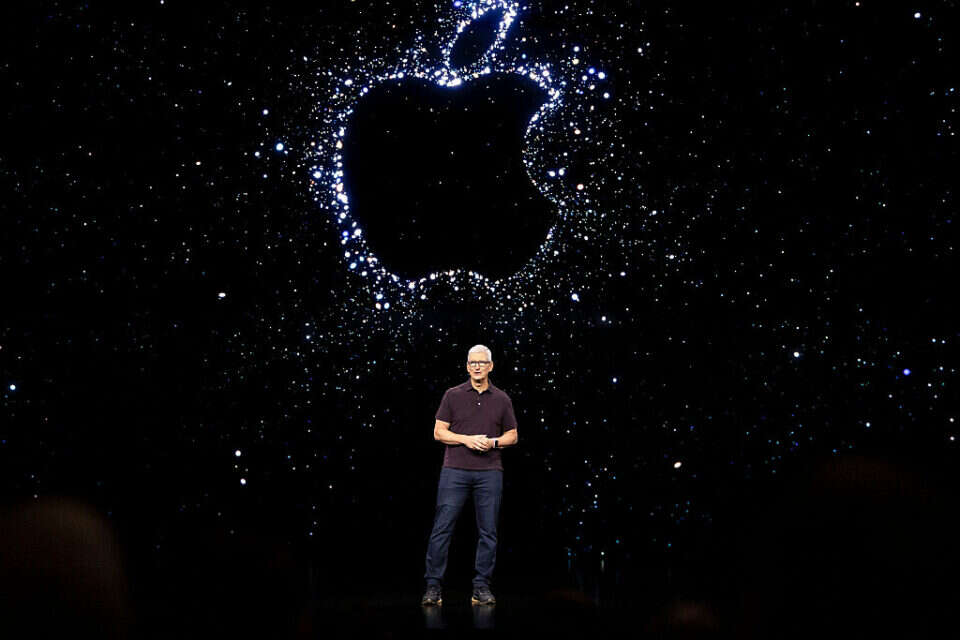 The European Parliament imposes the single charger for smartphones 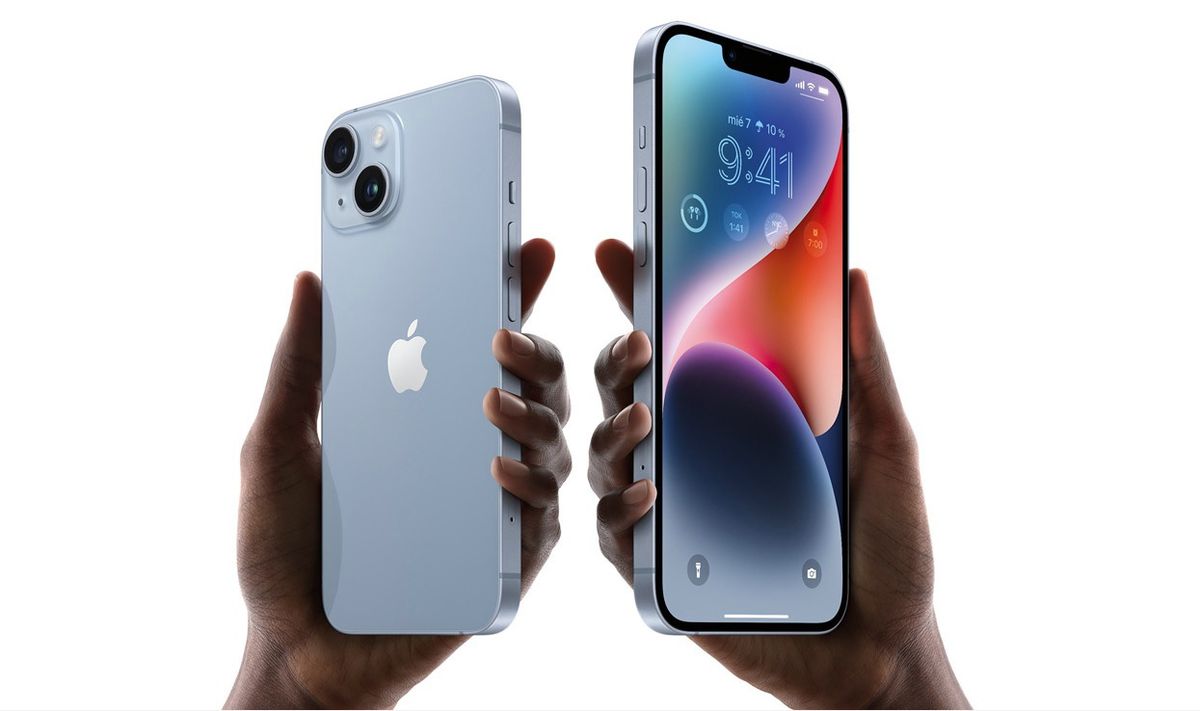 Apple reluctantly agrees: the iPhone will have a USB C port 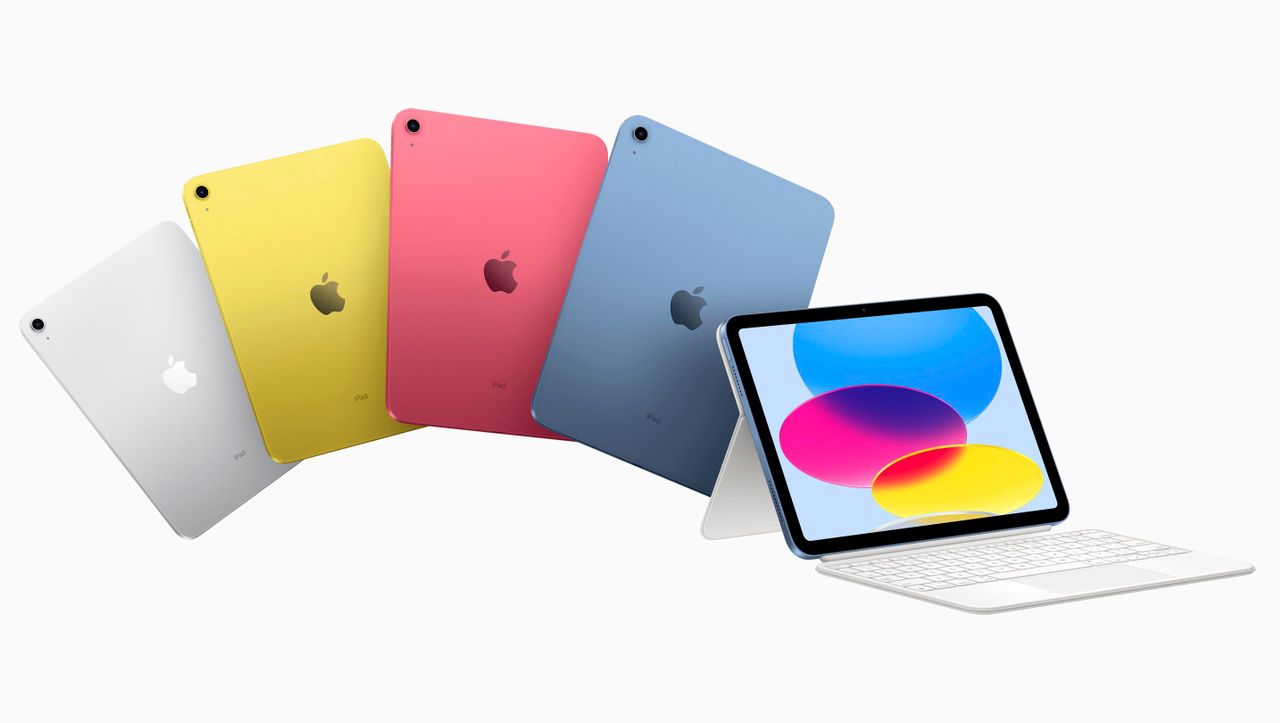 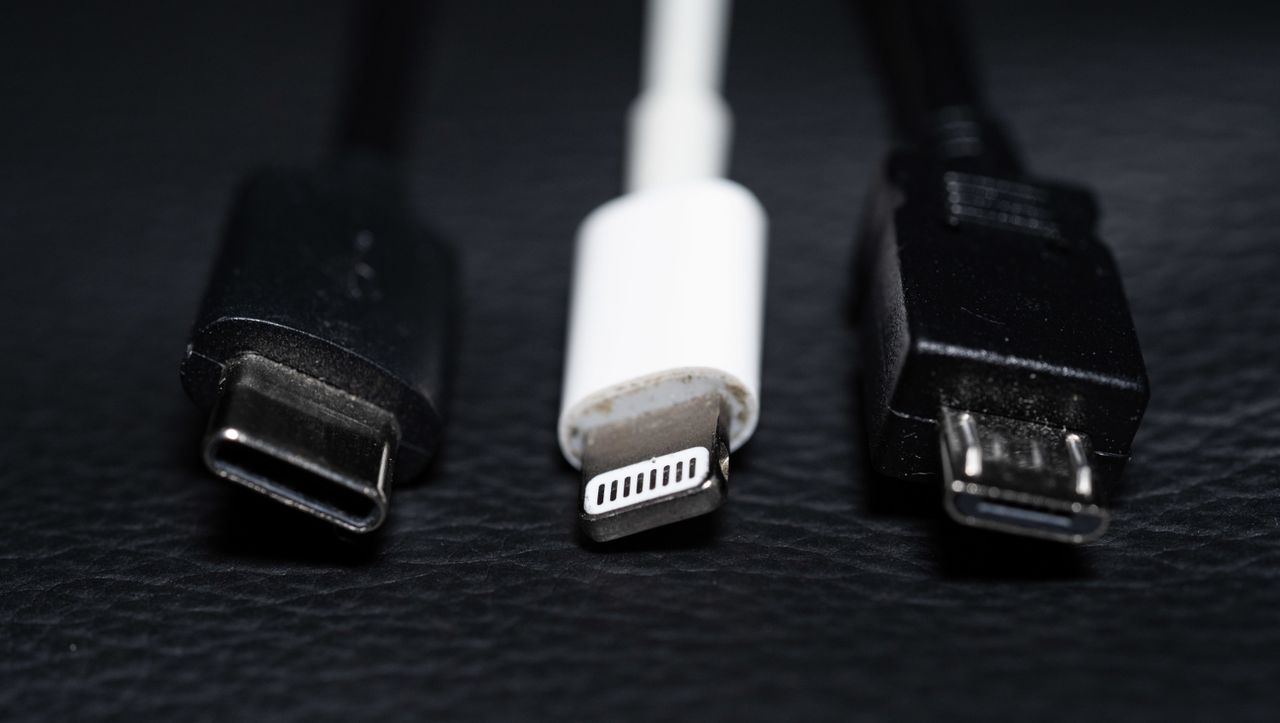 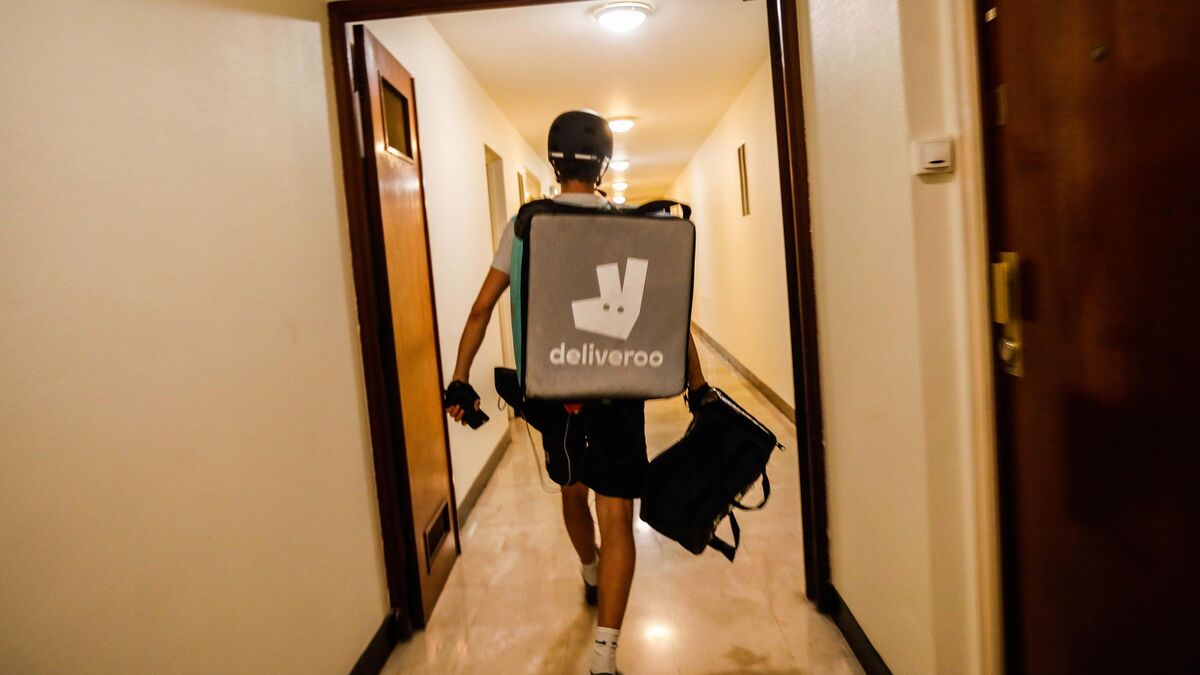