"The Bear" runs at a murderous pace of people who are fighting every moment for their right to exist, but at the same time they are also running away from the traumas and troubles of the past. The series wraps all of these up in impressive game displays

Yes Chef: "The Bear" is an exciting war of survival that happens to take place in the kitchen

"The Bear" runs at a murderous pace of people who are fighting every moment for their right to exist, but at the same time they are also running away from the traumas and troubles of the past.

The series wraps all of these up in impressive game displays, sharp and fluid writing, nostalgia and romance for what food once was for us - or maybe even for what we were

Trailer for the series "The Bear" (FX, Hulu)

Food is not what it used to be.

This is no longer an old woman clinging to an imagined past, but a fact.

The way we perceive this concept has undergone a huge revolution in the last two decades.

Under the auspices of Instagram, reality shows and foodie culture, the concept's functionality has lost most of its meaning.

Food in the sense of 2022 is a patterned creation with exotic ingredients that are placed on top of each other in perfect symmetry, a distinct atmosphere, a story that hides within it and touches on real or less real memories.

It is mainly an experience that is much less "ours".

If it is not shared with the world in a spectacular set of photos, if it is not accompanied by the hype of the right place, if there is no atmosphere of celebration around it - it is much less food than what it was in the past.

It is very tempting to turn "The Bear" - the acclaimed drama of the FX network on Hulu, which landed yesterday (Thursday) on Disney Plus Israel - into the antithesis of this whole engineered dining experience.

In some ways she might also serve as a mirror to all the lickety-split chefs or the over-the-top choppiness of every new burger joint - but her heart isn't in this game.

"The Bear" in its essence is a war of myths in new myths, of realism in fantasy, of memories in reality.

This war could have taken place elsewhere, but the kitchen is what makes it such a thrilling experience.

Great for the place.

Karmi Barzato (Jeremy Allen White, "Shameless") is a brilliant chef who ran the kitchen of the Danish restaurant "Noma" - winner of the title of the best restaurant in the world five times, including in 2021.

The sudden suicide of his brother Michael (Joe Bernthal, "The Punisher", "This Town of Ours"), makes him the owner of the crumbling sandwich joint that the latter ran in Chicago.

With bills and debts that threaten to wipe out the tiny and dilapidated institution, and a staff that is unable or unwilling to face the weight of reality, Karmi looks like a soldier left behind enemy lines.

The question is not so much how his story will end, but how soon.

As befits a battlefield, "The Bear" takes all the myths about shiny kitchens, shiny robes and sweet teams that we have been defeated by in recent years, and dismantles them almost from the first scene.

This is a war of survival, but also a war for world view.

Karmi came from a world of execution perfection, a place where every worker in the kitchen - from senior to dishwasher - is called "chef" as a sign of respect, fine raw materials and an execution chain that works like a machine.

His employees have come to belong to the world of "mom and dad stores", small, neighborhood places where the neighborhood, the combine and honor rule - and fancy kids from luxury restaurants have to earn their value like everyone else.

Heartbreaking and funny at the same time.

We've already seen stories about dysfunctional kitchens, about small places fighting for their lives against all odds - but what makes "The Bear" special is the unrestrained passion with which she describes her story.

With eight episodes, seven of which do not exceed half an hour, it moves with explosive power from conflict to conflict, from argument to argument, a dizzying pace that leaves no moment of rest.

Externally, Karmi ranges from disaster to disaster - incorrect supplies, disaffected and disgruntled staff, instruments and equipment that fall apart almost automatically - but his real war is on the inside.

A constant anxiety attack threatens to take over him and make him stop and acknowledge the power of the tragedy he experienced, and against him the need to keep moving, shouting and cooking in order not to fall apart.

To hold on to the fantasy a little longer, to the great love for an adored big brother, to the gluttony that rocked his family again and again, to the legacy of a small and fragile place in a mighty ocean that could swallow it.

Along with the sweeping pace, the most impressive achievement of creator Christopher Storer ("Rami"), who also directed five of the eight episodes, is the way in which the series manages to characterize and diagnose each and every one of its protagonists in a relatively short screen time.

Of course it doesn't hurt that his cast delivers great acting performances.

At the center is the fantastic White, who manages to instill in Karmi the feeling of constantly walking on the edge, and charges the entire series with tension and anticipation every time his character has to face another crisis.

But this is also Richie (Avon Moss-Bachrach, "Girls"), Michael's best friend and the face of the restaurant.

A flamboyant and boastful type who fights his way through life just to hold on to the last part of his life where he hasn't failed yet.

A heartbreaking and entertaining performance at the same time, which includes some of the funniest moments of the series.

You will not receive instructions.

There is also Sydney (Ayo Adebiri, who voices Missy in "Big Mouth"), the sous chef who is several sizes bigger than the place, but came to it because it was her father's favorite place to eat.

A combination of perfectionism and ambition that challenge time and time again the abilities of the locals, and the unsettled patience of Karmi.

Adbiri, a successful comedian, stands out here precisely in a fine dramatic role that succeeds in characterizing and distinguishing the other characters, no less than herself.

Opposite her is Tina (Lisa Colón-Zayas), the veteran cook who will not take orders from a Cephalonian nose with beautiful jargon.

And so on, to small and almost negligible roles of plumbers and floor cleaners - every character in "The Bear" gets to shine their little light in the great chaos of the survival war.

At times this dysfunctional group, combined with the atmosphere of war that always prevails around it, tends to be overly detailed.

This happens, for example, when one of Richie and Sydney's never-ending fights leads to the latter's explanation of what Richie sees in her and is unable to accept, or in a great scene in the last episode where Carmi spills his (metaphorical) guts to the camera.

"The Bear" would have benefited if this subtext had been left for us and not chewed and shoved down our throats, if we could have pondered and dug into the difficult themes that the series manages to deal with at the same time, but this is more or less the only claim that can be made against it.

Even it is done with affection and understanding, since with characters who are unable to keep a single thought or emotion to themselves, it is a bit difficult to expect moderation.

A small light in a big chaos.

Without spoilers, the way its debut season ends leaves "The Bear" with a challenge to recreate the magic of the first season.

A great combination of a fight against the clock, against memory, against trauma and against fears, a collection of characters who run away from trauma and cling to each other and to the present with all their might - filthy, unstable and dysfunctional as it may be.

Nostalgia for a past that wasn't sure to be so rosy, seasoned with great love for working-class Chicago and everything around it.

And yes, it also really makes you want warm and comforting home-cooked food. 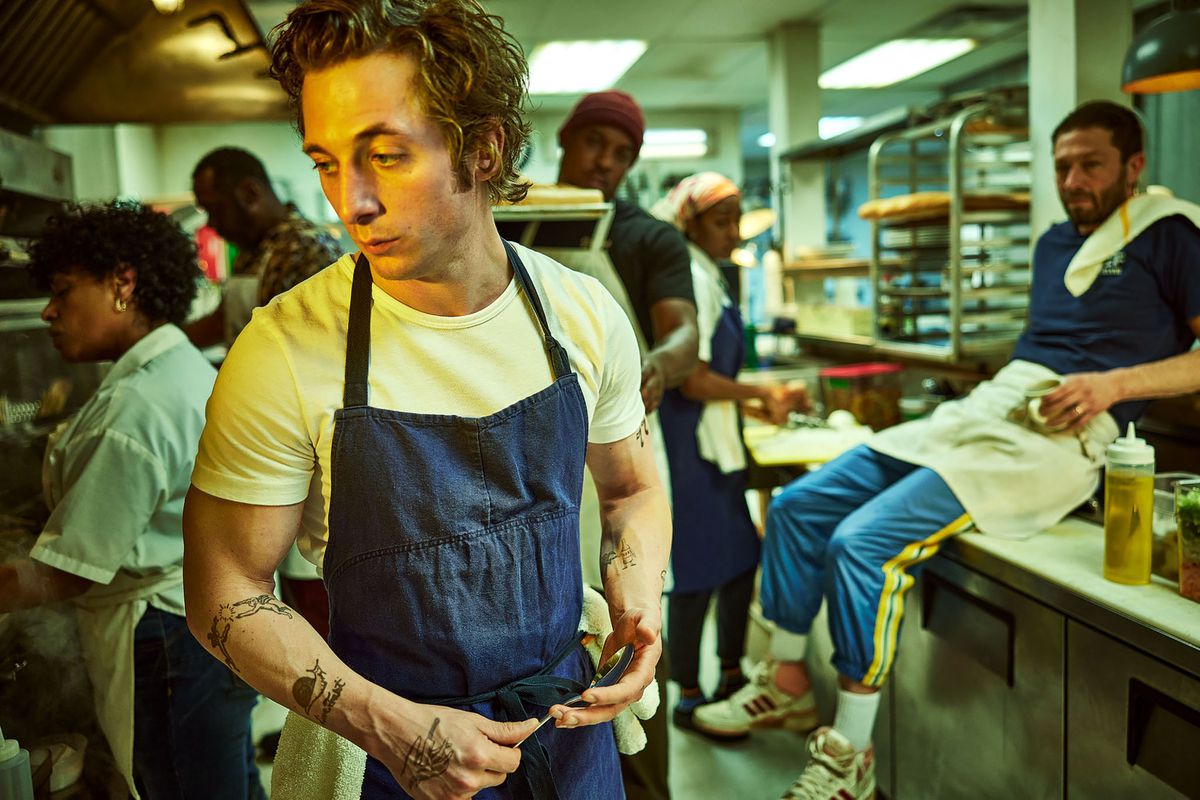 'The Bear', one of the best series of the year, is a suffocating portrait of anxiety and grief

Just before the end of the "MasterChef" decade finale, we realized what spice we were missing so much there - voila! culture

"The Empress": don't read spoilers about the real story behind the Netflix hit - voila! culture

Not in Japan, right here: the perfect cafe for kids on the big holiday - Walla! Food 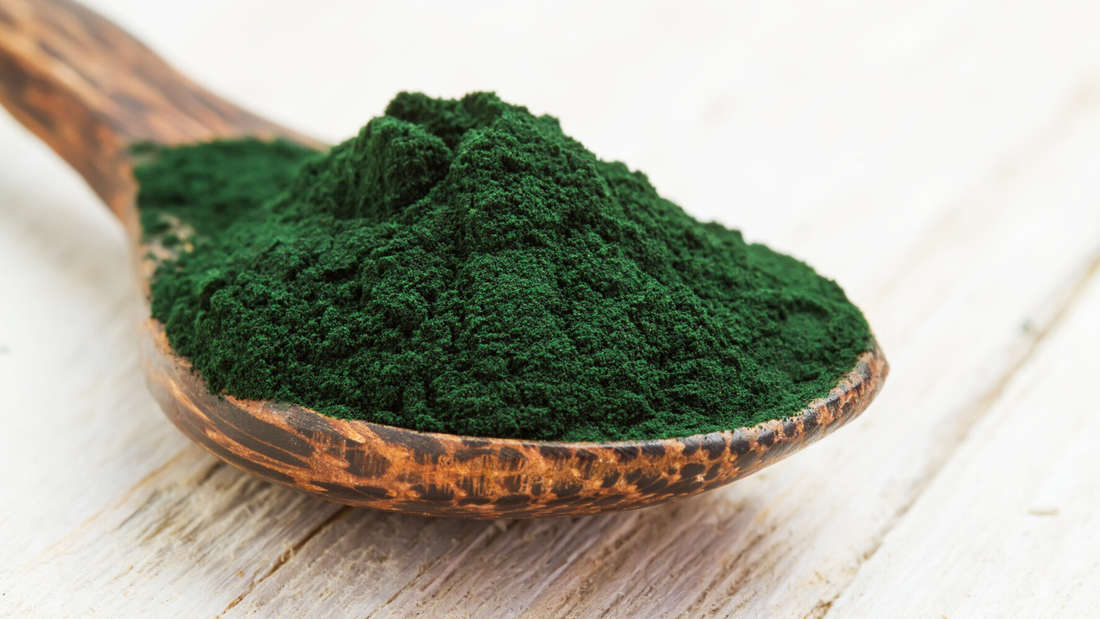 Ruthie Brodo is a nice addition, but she will not change your mind about "Master Chef" - Walla! culture

The twist of the chefs in the "Chef Games" is actually interesting. Now it's time for the real dramatic move - voila! culture