Damian Burns, director of Twitch Europe: "I wouldn't mind if my daughter was a 'streamer'"

The manager analyzes the health of the world's largest live content platform, from Luis Enrique's channel to the streaming war 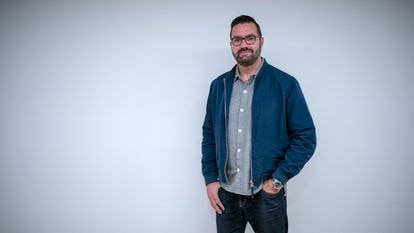 The president of Twitch Europe, Damian Burns, in Madrid on the 22nd. Andrea Comas

The Twitch figures are impressive.

With some 140 million monthly users, it is the largest live digital content platform.

The Spanish Auronplay, Rubius, Ibai and TheGregf are among the ten most followed of their almost eight million content creators.

Damian Burns (London, 51 years old), general director for Europe, the Middle East and Africa of the company that Amazon acquired in 2014, is impressed by other things.

For example, the roof of the Madrid airport: last week when he arrived in the city, he sarcastically tweeted that during the two hours he had to wait for passport control he could at least contemplate the architecture of Barajas.

Or the fact that the Spain coach, Luis Enrique, has created a channel on Twitch and connects daily from Qatar.

How is the health of Twitch?

We are in a very good moment.

During the pandemic, people were looking for connections during a time when there could be no physical contact, and Twitch became a place for it.

We grew in all metrics.

The truth is that with the return to normality we have not fallen: those habits continue.

And what about Twitch in Spain?

Spain has an enormous level of creativity.

I think that this is the key to the growth we have experienced in Spain: the creativity of content creators.

And also their passion for what they do.

There is a lot of talent.

And there's a…how shall I put it?

Community feeling, and not only among the largest.

They collaborate a lot, they help each other, they do events together.

And they have a lot of impact in Latin America: their content crosses the ocean, something that does not happen in other markets.

The new forms of entertainment create a generation gap.

What would I tell my dad to get him to join Twitch?

Well, first I would ask you what you are passionate about.

Do you want someone knowledgeable, charismatic and accessible to talk to you about it?

He will surely say yes.

And surely there is someone on Twitch who is interested and will stay to see it.

Do you have a Spanish

Of course I am fascinated by the incredible numbers of Gregf, Ibai and others, but yesterday I was in a taxi, apologizing for my bad Spanish and talking about football when the guy said: “Do you know that Luis Enrique has a Twitch channel?”

I was going to ask about him.

What do you think of what he does?

It's the new frontier of sport: someone who coaches a national team can talk to people without going through traditional media and speak directly to the fans.

Wow... and where does that leave the traditional media?

Well… it will give you a lot to talk about.

Also, a medium like EL PAÍS could join Twitch as well.

Going back to Luis Enrique, do you think you can create a school with other professionals?

Yes, in the sports environment there are more and more.

There is the Formula 1 driver Lando Norris, there is Neymar, Sergio Agüero... But the case of Luis Enrique is different: a national coach, in the middle of a World Cup... makes him so accessible.

Ibai Llanos, the most famous

in Spain, has dropped that he will leave Twitch and go to YouTube.

Well, as far as I know, he said something live, but then I think he has contradicted himself.

I can't say much more now, except that it is a phenomenon and that it has helped Twitch a lot.

So… we'll see what happens with him.

Is there a platform war?

If Ibai leaves, are they going to

The challenge we have is not so much competing with another platform, but simply competing to keep people's attention, who could be watching TV shows or whatever.

So we have to take care of our community, our creators: give them good tools, take good care of them.

If we keep doing it, we'll be fine.

In the summer, many

Do you understand those criticisms?

Despite this, I think we were very transparent, and that in the end the affected

were a very small portion.

But a business has to adjust its economic structure, its operational structure.

On average, in the last five years the

's earnings per hour have multiplied by three.

Are we living in a bubble with

Well, you have to be clear that when you think of

you think of Ibai, but only one million of our eight million

make money from it.

It is a very high number, but the vast majority do it out of passion, for the emotional reward they find in their community.

You have to see how you integrate your passion into your life, in the same way that if you play soccer too much, you take time away from studying.

Do you have children?

Would you let them be

I have three, yes.

The youngest is seven months old, so I don't think… Well, the truth is that it would be entertaining (Laughs).

My oldest daughter is twelve and... well, honestly, I wouldn't mind if

what she's passionate about, when she's of age, of course.

At least on Twitch, where we try to make it a safe site, with a good community.

And if you were, what would you

In fact, I have appeared on the broadcast of a friend, who is from Tottenham.

As I am from Arsenal, we spend a lot of time discussing.

We are experiencing a change in the platforms.

Not just on Twitch.

We have YouTube Premium, Netflix with ads, paid Twitter... how do you see the future of the platforms?

I can't speak to the monetization strategy of other companies, but it's interesting to see how each platform tries to evolve to make money.

I'm sure the next three, five years are going to be exciting, and critical, in defining the content creator space. 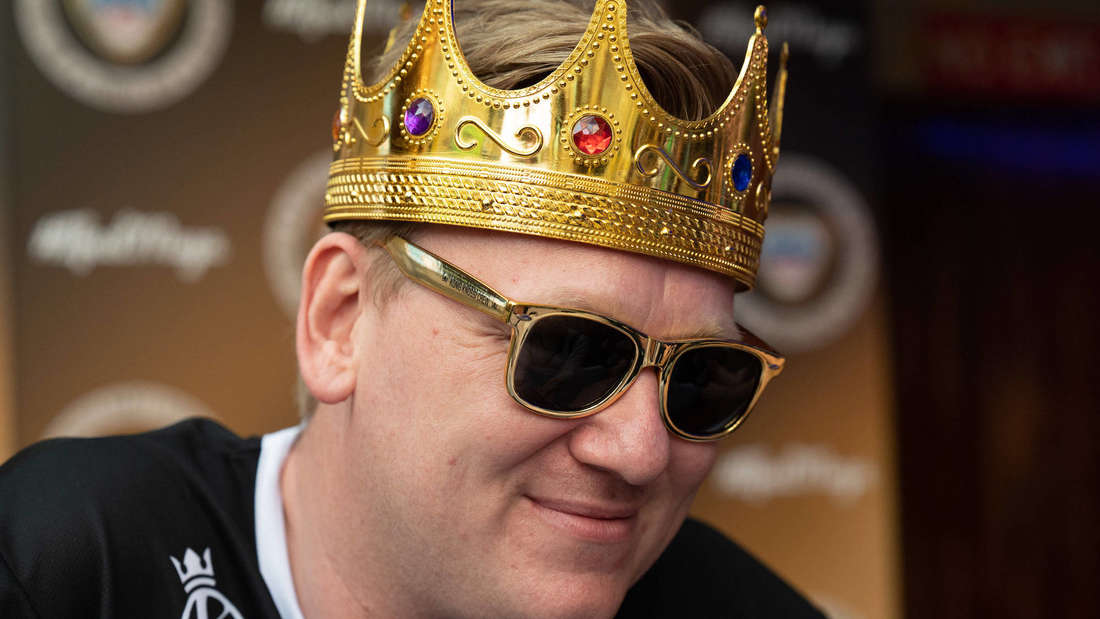 Knossi: “I will lose 10 kilos” – Streamer at the RTL dance show at the start

Knossi: Twitch streamer on Let's Dance: "I will lose 10 kilos"

Twitch star Knossi at Lets Dance: "I will lose 10 kilos"

"I don't know if I believe it" - Artificial intelligence denies Holocaust

MontanaBlack: Is the streamer leaving Twitch? Channel appeared at competition