Rina vs. Amit, Noa vs. Kanye: the big confrontations of November 2022 - voila! culture

The Arab fans against the Israeli journalists, Rina Mishleh against Amit Segal, Moden against Stimatsky and even Moshik Timur: a summary of the great cultural bips of the last month

What is Israeli in your eyes?

To fight, of course.

At any given moment, be sure that someone here is fighting with someone else - on Facebook, on Twitter, on Shabbat Tarvat, on the street or in an elevator.

For sure, all of these lead to a long series of conflicts, on a daily basis and certainly on a monthly basis.

We're here to round up the ten biggest clashes/beeps/feuds of the past month.

Sometimes these are personal struggles and sometimes quarrels that bring to light cultural and ideological gaps in society as a whole.

And most importantly: we are the ones who framed the exchange as "disputes", and perhaps the parties involved see things differently.

Either way, we strive for reconciliation and peace between everyone, and we will be happy to arrange solitaires if necessary.

Moshik Timur vs Kaan B

In an interview with Dodi Fatimer in "Maariv", Moshik Timur slams Sharon Amit, former director of Kaan B, who took his legendary show "Ishii Shishi" off the air - "She is a terrible and terrible person, and her orientation on the radio is zero from zero".

Amit did not respond to the comments, and the program is not returning to air either.

He spared no words.

Moab Verdi, Kaan 11's snoozing reporter and one of their emissaries to the World Cup in Qatar, interviews Maluma, who is also there, to perform the tournament's fan song.

He asks him once about his contribution to whitewashing the violation of human rights, then asks one more time and one too many, and the musician blows up the interview and comments to the Israeli journalist that he is "insolent".

All this, of course, is just a trailer for the real conflicts that will be in the World Cup.

The new coalition against here 11

A few years after the government led by him failed to close the corporation due to the opposition of the "Kulana" leader, according to the publications in News 12, it appears that Netanyahu intends to try to do so again, this time with the full backing of the coalition.

It should be clarified that this is not all of the corporation's wings, but probably only the news division, perhaps because it is not "balanced" like Channel 14. All this is happening precisely when the corporation is leading the World Cup broadcasting operation with great success and receiving unprecedented ratings, and it is likely that this is not a calculated step that may Take action - but just trolling.

In response he tweets -

"Sadly and distressed, I received a letter of dismissal from "Democrat TV". The truth? I will gladly pay any price for freedom of expression and my opinions, but the inclusive, bully and slanderous way they took towards me in order to cover their nudity hurts me with pain. Formal justice Ielz To ask in court, I will look for my way forward with my head held high. With faith. With love."

Aviv Gefen and Idan Raichel are two of the most successful musicians in Israel, and have also collaborated in the past.

There is no personal or artistic gulf between them and we really didn't expect any problems here - but life is full of surprises.

And so, during a performance at the Culture Hall, Geffen spoke about "the evil that exists in the world" and then in a sharp transition he said that he had invited Reichel to a big performance he was planning, but his colleague demanded "no less than half a million dollars".

Rachel did not respond and our bet is that eventually the two will find themselves on the same stage and the thorns will turn into roses.

Our advice: If you are looking for emotions in the world of Israeli culture, the most dramatic place is the literature industry.

Now, this industry is conducted in the shadow of the heated confrontation between the Steamecki chain, which does not need to be introduced, and Modan - one of the largest and oldest publishers in Israel.

Although Moden published, among others, Amos Oz, Salman Rushdie, "The Beauty Queen of Jerusalem" and what not, Bastimetsky took their books and the expenses related to them off the shelves, because of a debate about the distribution of the revenues.

Each side blames the other.

The conflict escalated at the end of the month when Roni Moden, the publisher's CEO, said sharp things in an interview to "Haaretz" about Stimatsky, who for their part refused to respond to her words. In the meantime, a third party also entered the affair: Uriel Cohn, the publisher of the excellent "Teshina Neshim", in the post On Facebook he actually attacked Moden, who are apparently the underdog in the story.

One thing is certain: everyone is against everyone and meanwhile the literature industry of the people of the book is dying, and there is no particular hope on the horizon.

On Netflix but not on Stimatsky.

From "The Beauty Queen of Jerusalem" (Photo: Netti Levy, yes)

The tension between the private Twitter accounts and the public work tools erupted again after the combined attack in Jerusalem.

The police reporter for Gali IDF tweeted in response a criticism of the provocations of Itamar Ben Gabir, the designated minister of internal security - and in response the coverage of the attack was suspended until further notice. And if all this happens before the new government is sworn in and begins to operate, one can only imagine what awaits us in the future.

Kanye West against the Jewish people and vice versa

A murky wave of anti-Semitism is sweeping the United States, and it is shared by, among other things, two prominent figures - basketball player Kyrie Irving and the multi-disciplinary talker Kanye West.

The Zionist response: This outfit Noa Kirel wore to the MTV Awards.

On the one hand: creative.

on the other hand?

As Hadar Hazan wrote in "Haaretz" - "Kanye West is not the victim here and the choice to wrap himself in his image is a move that sends an unclear message. Even if Kirel's pants brought her some likes, they are not the nail that was driven into Kanye West's closet. More than reminding the world That anti-Semitism is a bad thing, the choice to wear them is an Israeli facial act designed to commemorate the Zionist victims"

The last few years have been turbulent in terms of Israeli politics and media, and also in terms of Rina succeeding personally.

Two years ago, she was suspended from broadcasting after she said that "Netanyahu's supporters say that they will vote for him even if he rapes their daughter."

This year, the changes began when she was moved from presenting "Meet the Press" in favor of Amit Segal and Ben Caspit, although they do not necessarily bring higher ratings, and continued when it was announced that she would leave News 12 altogether.

What were the reasons for this?

Mishleh denied saying those things, but it should be noted that her official retirement letter was very unpolished relative to the genre, and she did not personally acknowledge it to the news company's managers - and certainly not to Amit Segal.

did she say or didn't she say

Arab and Muslim fans against Israeli journalists - and vice versa

It's one of the biggest stories of the month, even if it's not related to this section.

As you know, the World Cup is taking place for the first time in an Arab country - Qatar, which also happens to be a country hostile to Israel, even very hostile.

Israel's soccer team is not participating in the World Cup, but Israel is present in it through many fans who traveled to the tournament, and also a particularly large delegation of media people.

We don't usually have any ties with Qatar, but the organizers forced the country to allow Israelis to enter its territory as part of the hosting conditions.

On the other hand, no one forced the Qataris or their other guests to be nice to us.

There are journalists who have enjoyed kind or correct treatment, but there are also those who have encountered verbal violence, and sometimes also threats of physical violence.

The most extreme case of all was that of the provocateur Guy Hochman, who was forced to leave the country after the distribution of a false video in which he was described as a "terrorist in the occupation army".

All this also led to a sub-confrontation in Israeli society.

Some of the Israeli journalists hid their identities and identified themselves as messengers from "Germany" or "Ecuador" in order not to get into trouble.

In response to this, there were surfers who presented them as cowards who are ashamed of their identity.

Some of the Israeli representatives encountered the Arab and Muslim hostility organically, but there were those who quite sought it out, for the clickbait or for any other reason.

As Uzi Dan wrote in "Haaretz" - "Well done, when Israeli crews walk around here with TV cameras and subtitles in Hebrew and 'ask' about Israel - what did you expect to come out, her voice?".

And in conclusion: to all those who are just now discovering that they are not crazy about Israel there in the world, good morning to you, and I hope it was pleasant to be buried under a rock for so many years.

And the second thing: if you're looking to shove a microphone into someone's mouth and hear sharp things about the very Zionist idea, you don't need to go so far as to harass Moroccan fans in Qatar.

Try to do this on the streets of Paris or among the Jewish community in America and you will get something similar to what you got in the World Cup.

The thing that was missing in Rina's movie is a digging into her own open wound - voila! culture

Between Avivit and Lehia: the most memorable fights in the history of Israeli reality TV - voila! celebs 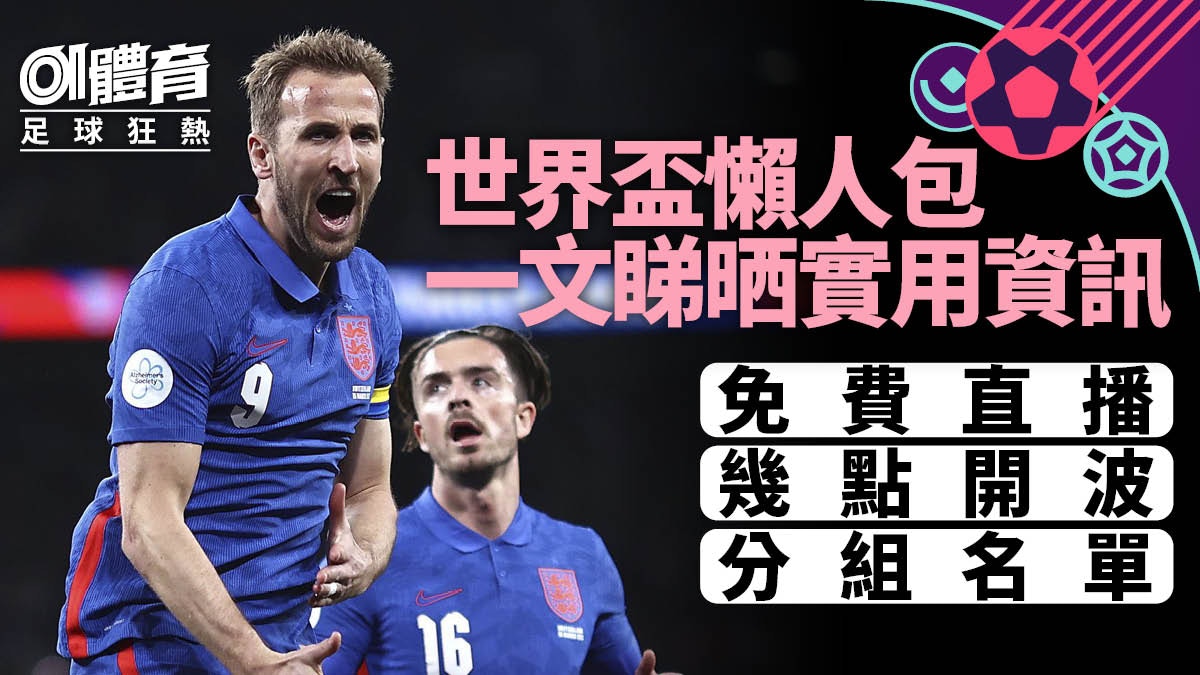 Continues to get involved: Kanye West is suspected of assaulting a woman - voila! celebs

After the communications minister's threats, Ofira Essig is not silent: "We will meet" - voila! culture 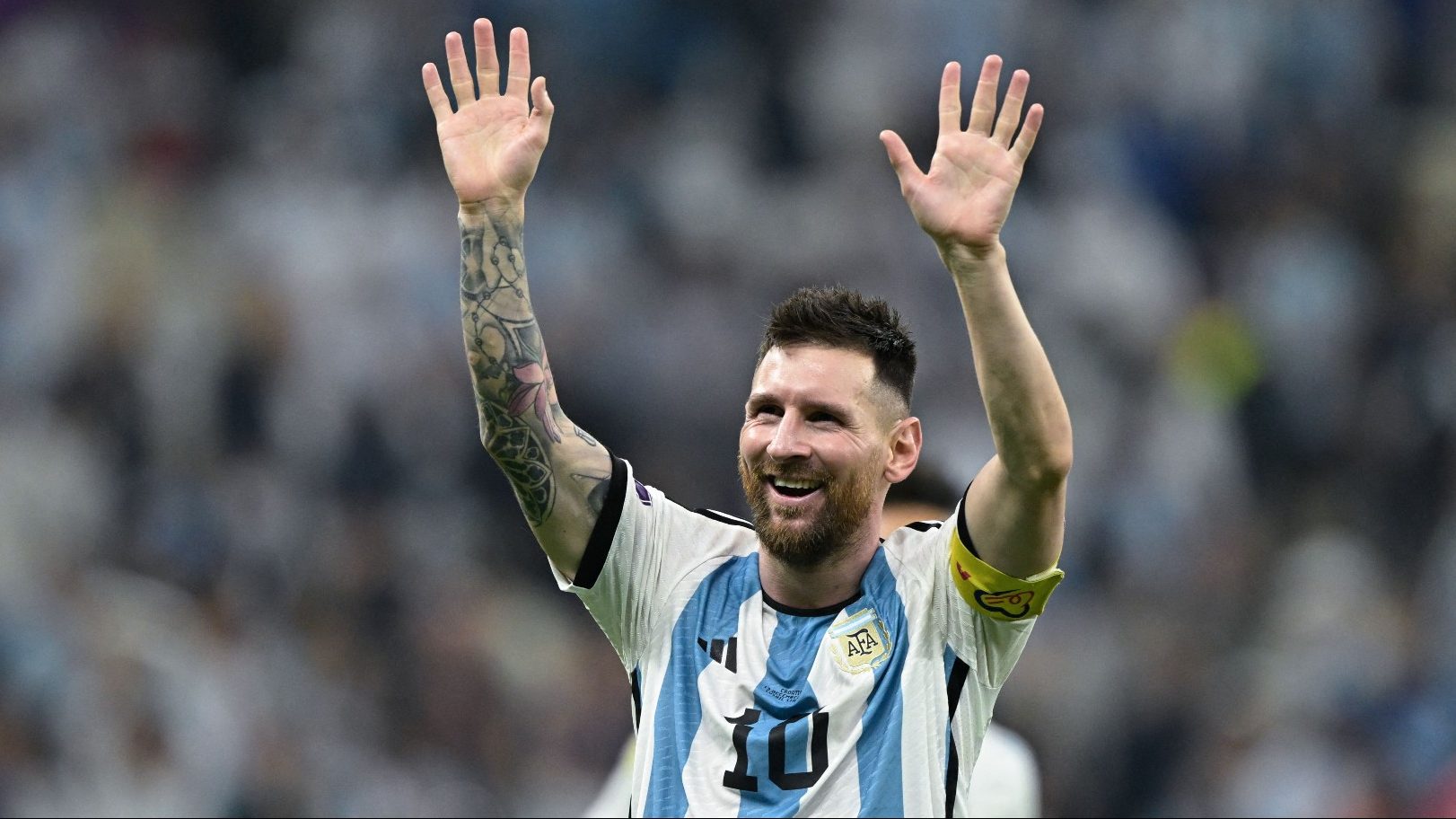 How many finals has Messi played and won?