Yitzhak Kleftar was the most genuine person I knew, and his best songs were the ones that came from the heart: Gali Atari, whose hits were composed by the musician, separates in a special column

Apart from the fact that Yitzhak Kleftar was a huge talent, a great composer and a great guitarist, Yitzhak was first of all a human being.

He is the most genuine person I know.

There aren't many of them.

He doesn't pose, he always spoke from the heart and that's why he touched.

I got to know this human, true and natural side of him.

He was a composer of supreme grace, with real compositional talent.

He composed for me the huge hits "End of the season", "Only yesterday" and "What you love".

After I took the melody of "What you like" from him, at some point I met him.

He heard the song and said: "Is that mine?".

It's a song that was written decades ago and Yitzchak forgot at all.

One of the biggest hits and he didn't remember that he composed it if I didn't remind him.

This shows his modesty.

Danny Robs told me that once he was driving in his car, suddenly he heard "The End of the Season" on the radio, he stopped the car on the side, and said 'What is this thing?'

There was something about Clifter's tune that went through your heart like an arrow.

Robs said that under the influence of "The End of the Season" he later wrote for Vardina Cohen "Traveling in the wake of love."

We got to meet a lot. Every few years I would go to him, take a stack of cassettes, and we would talk. When we would meet, I would come to the house His at four in the afternoon, when it's light outside, but his house was dark. I always felt like I was learning something from him. We were together for three hours each time. And I left feeling like I was in therapy.

We all knew he was sick and that it might come at some point.

But he survived and survived, and I said he might have a longer life.

It's very very sad for me.

Sanderson said goodbye to Clifton: "Even when you were weak, when you took the guitar your pain disappeared"

With a golden guitar: the moving inscription on the grave of Yitzhak Kleftar - voila! culture

Miki Gabrielov: "I'm 73 years old and I don't remember such a dark time. What's happening in the country makes me depressed" - voila! culture

"I used to get upset that I wasn't recognized with the songs I wrote, today a little less" - voila! Peace in culture 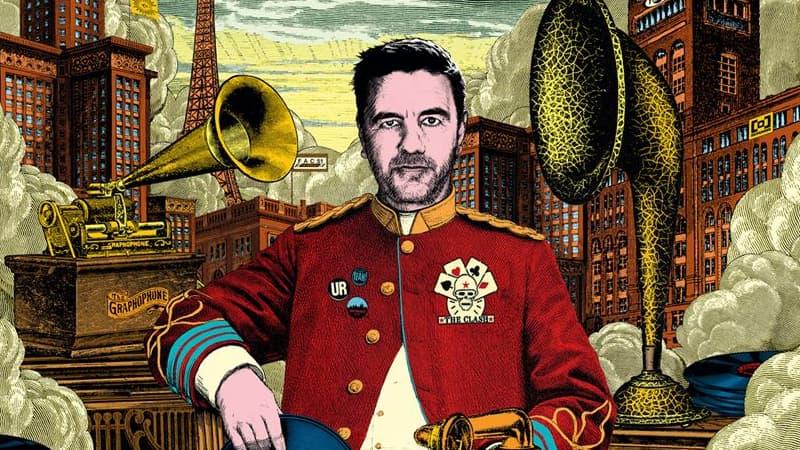 Laurent Garnier, back on the route of a gifted DJ

"I am an unforgettable character": the new star who joins the "main box office" | Israel today