The author of 'Africa Trilogy' and 'Corazón de Ulises' has died in MadridJavier Reverte, in 2016. © Carlos Rosillo It was our man in Africa, the one who took many of us for the first time to the black continent by the hand of the great classics, and we will never thank him enough. In the pages of his books, especially in the initiatory The Dream of Africa (1996), we learned names that slipped exotic in the mouth like Bula Matari or Lobengula; We met Selous, Meinertzha 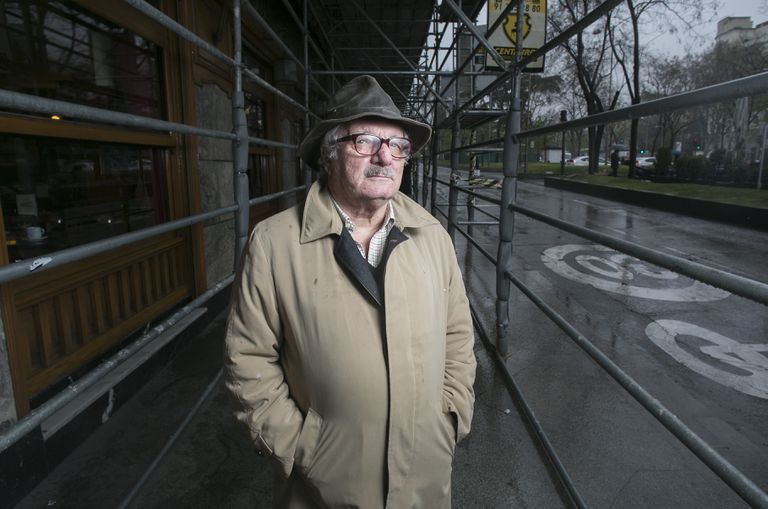 It was our man in Africa, the one who took many of us for the first time to the black continent by the hand of the great classics, and we will never thank him enough.

In the pages of his books, especially in the initiatory

The Dream of Africa

(1996), we learned names that slipped exotic in the mouth like Bula Matari or Lobengula;

We met Selous, Meinertzhagen, Ionis, and we discovered that the essential work on the Zulu wars was

The Washing of Spears

by Donald R. Morris or that in Lake Victoria a crocodile was acting as judge: the accused and those who did not throw at him they ate were innocent.

The Madrid writer and journalist Javier Reverte, dean of our literary travelers, has died at the age of 76, who seemed so indestructible with his feet full of the dust of a thousand roads, his high school potato nose from Hollywood safari movies, his humor ( said that the purr of the lion is like the panting of a man in intercourse) and his huge and generous heart.

The journey and the adventure are in mourning.

The news will run through the woeful jungles and savannas traveling in the sound of the drums - those drums whose mgalumtwe touch, he taught us, means "a man has been eaten by a lion" - the niam-niam cannibals will silently gather and throw the yarbari poisoned arrows air in mourning.

Always faithful to the Swahili motto

where there is a heart there is a way", Reverte, a great mythomaniac, coined as a child his love for travel and Africa in the 11 volumes of the adventures of

Tarzan of the monkeys

(al finishing them he read them again and again, until his father told him: “There are other books, Javier”, and then they arrived, in the wake of the targamani, Jack London, Melville, Hemingway, Dinesen).

Reverte, 30 years as a correspondent and special envoy, more than half his life traveling, a fundamental reference in the literature of the genre and a pioneer of it in our country, also wrote a novel (he said that the secret of his travel books was to apply narrative techniques in them ) such as

The Time of Heroes

He was a founding member of the Spanish Geographical Society and an honorary member of it.

It has been for a huge number of readers in Spain the intermediary between the great tradition of travelers and our daily lives, an inciter of reading and travel.

Although he lived through amazing adventures and dangers (not the least the time when a child soldier pointed his AK-47 at his belly, deciding whether to kill him or not), he was not at all an adventurer without more, he carried readings like Allan Quatermain wore elephant tusks.

His readings were the essential compass of his travels, the very reason he made them.

Thus, he traveled through Africa following the stories of the classic explorers and hunters, taking a difficult detour to visit a forgotten tomb or find the trace of Livingstone's heart, going out of the way to collect a testimony about Finch Hatton or Bror Blixen, meet a son adoptive samburu of Thesiger or see in Kalenga the skull of the king of the wahehe, beheaded by a German sergeant named Merkel.

He melded like no one travel and history, personal experience and that of the great explorers and writers.

He traveled the Congo River under the dedication of Conrad, to see the landscape that inspired

The Heart of Darkness

, and from there came another of his best-known

"There the landscape continues the same as when Kurtz lost his soul," he said when presenting the book in 1998 at Altaïr, which was like his home, together with Jordi Esteva.

He fulfilled many dreams, and in that we can only envy him: like embarking on Lake Tanganyika on the old German warship Liemba, converted into a ferry.

The happiness that these things caused him was contagious in his books, as was his vitality and the joy of a great livelihood.

He said that there was nothing comparable to walking through Africa where “everything smells of adventure”, an exercise in unbridled sensuality.

Of course, his travels were not just history, he related a lot with the people of the places he visited, in the tradition of the great travelers.

Whether it was a female ranger (Fabiana, who by the way was throwing the hooves at him) or Ernest, a camel leader who had killed a lion with a spear.

Africa, although central to his life - he was fascinated by that chiaroscuro landscape in which, he said, you would find the most beautiful places in the world and the most atrocious death, the mixture of the happiness of life and the neighborhood of horror - no It was the only thing, far from it.

He had the trip “in his vein” and the steps took him to very different places.

To the Arctic, without going any further (!) Where he traced the memory of the explorers of the cold and the Franklin Expedition.

Or to Greece, from where another precious book, full of light and beauty,

Heart of Ulysses, was brought

and where he rubbed shoulders with other great classic travelers,

Byron, Lawrence Durrell or Henry Miller, and he fulfilled another of his dreams as a child: visiting Troy.

traveled to Venice, Trieste and Sicily with Thomas Mann, Joyce and Lampedusa in luggage.

"You have to travel as it is," he said, "people who travel learn tolerance."

And he quoted Aldos Huxley: "To travel is to discover that everyone is wrong."

When in Babelia we asked him to choose his favorite travel book, he was surprised

, a journey by the writer through Europe and the Holy Land, highlighting his ability to describe the environment and his keen sense of humor.

A book of the genre, he pointed out, has to make one reflect, dream about traveling and have fun, "a difficult mix only within the reach of geniuses," he added.

And he noted a phrase from Twain: "The Arno in Florence would be a nice river if water were added to it."

Another phrase that he loved, when asked what to bring when traveling was from John Huston: "I no longer pack anything that cannot be drunk."

#JavierReverte, friend and writer, has embarked on his last journey, the one from which he will never return.

We owe him the best travel literature in Spanish.

Always in my memory.

A hug for your family.

He always prided himself on having many female readers.

"Women are more romantic, and they enjoy my books a lot," he stressed, and recalled that it was his mother who started him in African adventure literature.

A man of great friends, a lover of life, an incomparable conversationalist, Javier Reverte had a side of disarming naivety.

He seemed to carry inside that child who led him through those worlds of God: "I began to travel through the books I had read as a child, it was a childish commitment to my books."

One of the trips that he will never be able to make is the one he planned with his friend, publisher of Libros del Viento, Eduardo Riestra, and in which he appeared as a porter and apprentice shotgun, who signs these lines, to North India in the footsteps by Jim Corbett, the mighty man who delivered the world from Rudraprayag's man-eating leopard and other dire felines.

We will never go to Kumaón together, Javier, but you already have for you the entire indomitable Kingdom of Opar, where you will be received, with the honor you deserve, by the great travelers and adventurers that you gave us. 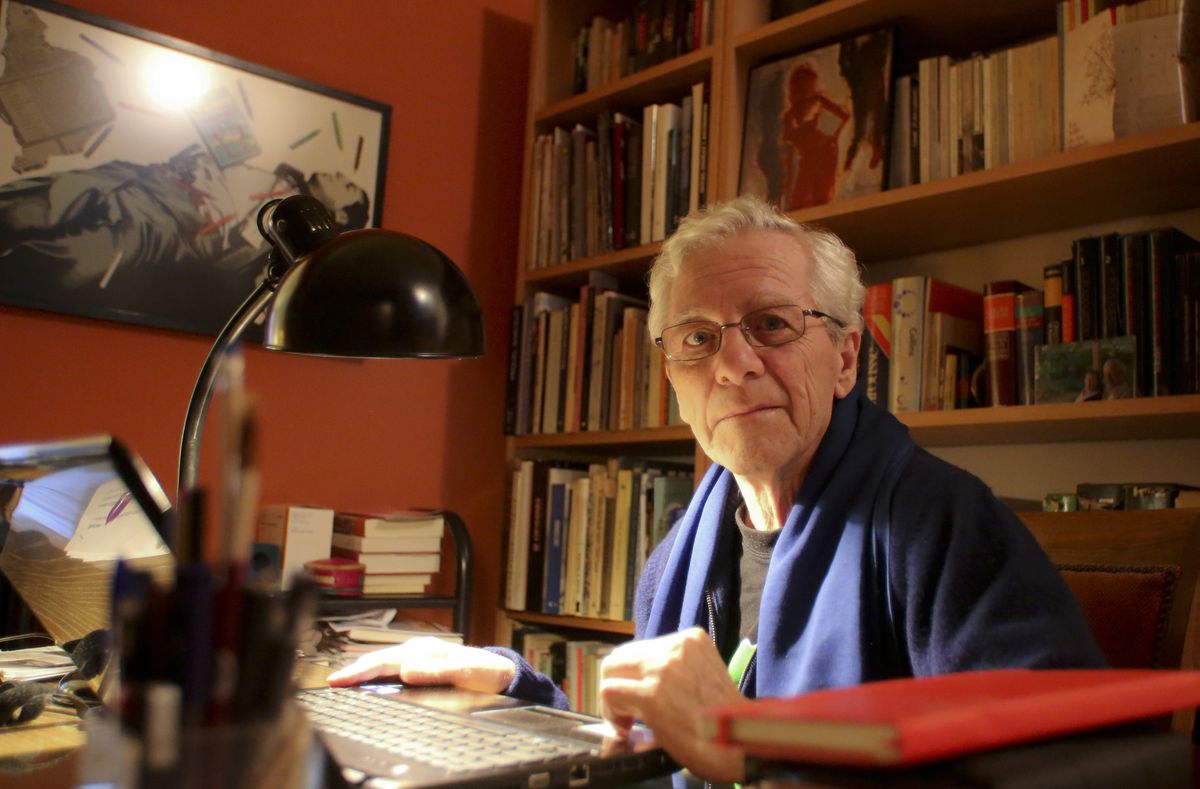 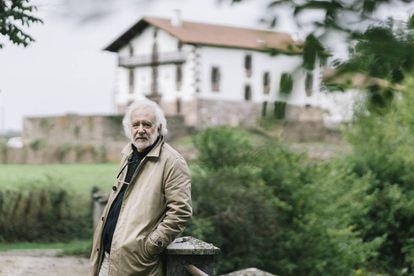 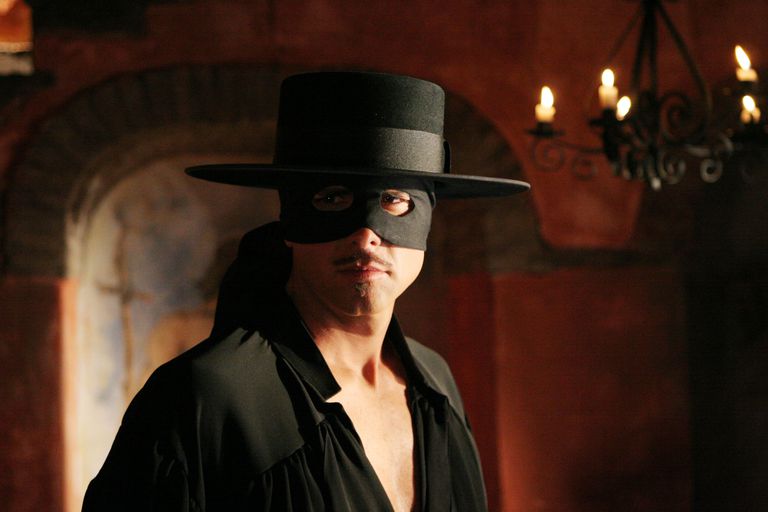 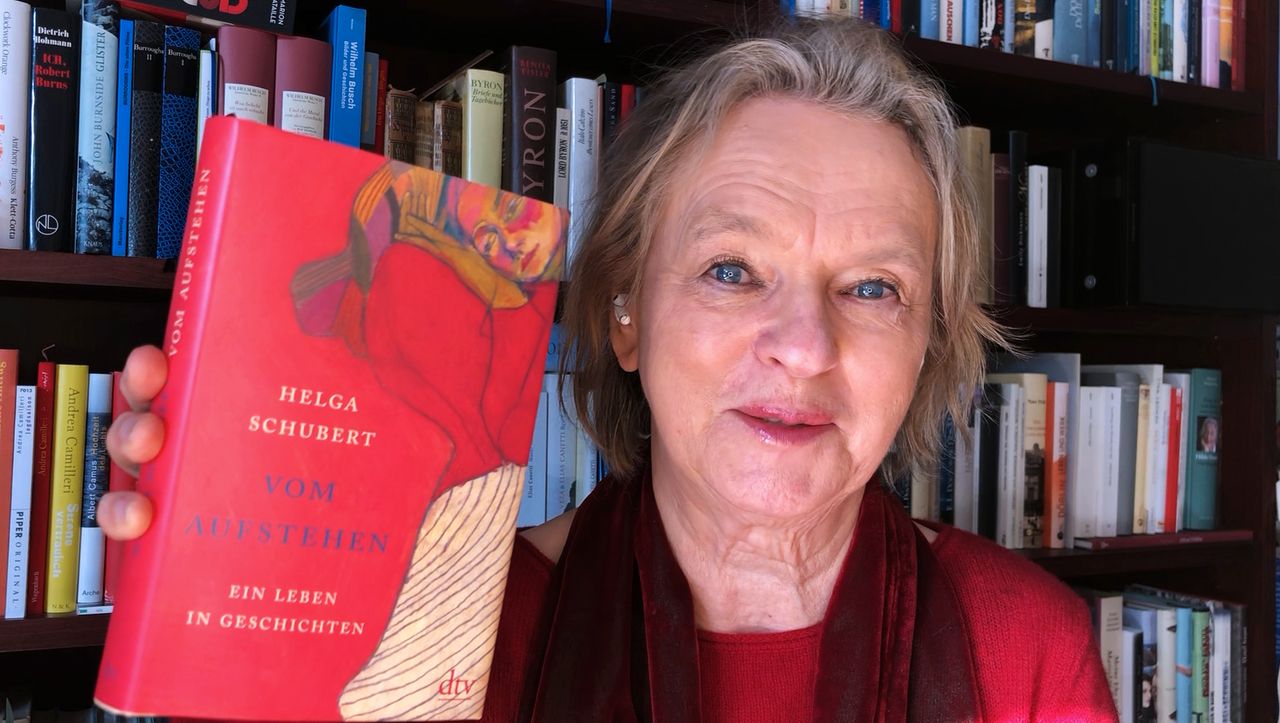 Elke Heidenreich's book tip of the week: "From getting up" by Helga Schubert