A month after his coronation, the MMA world champion Francis Ngannou was celebrated as a hero in his country. 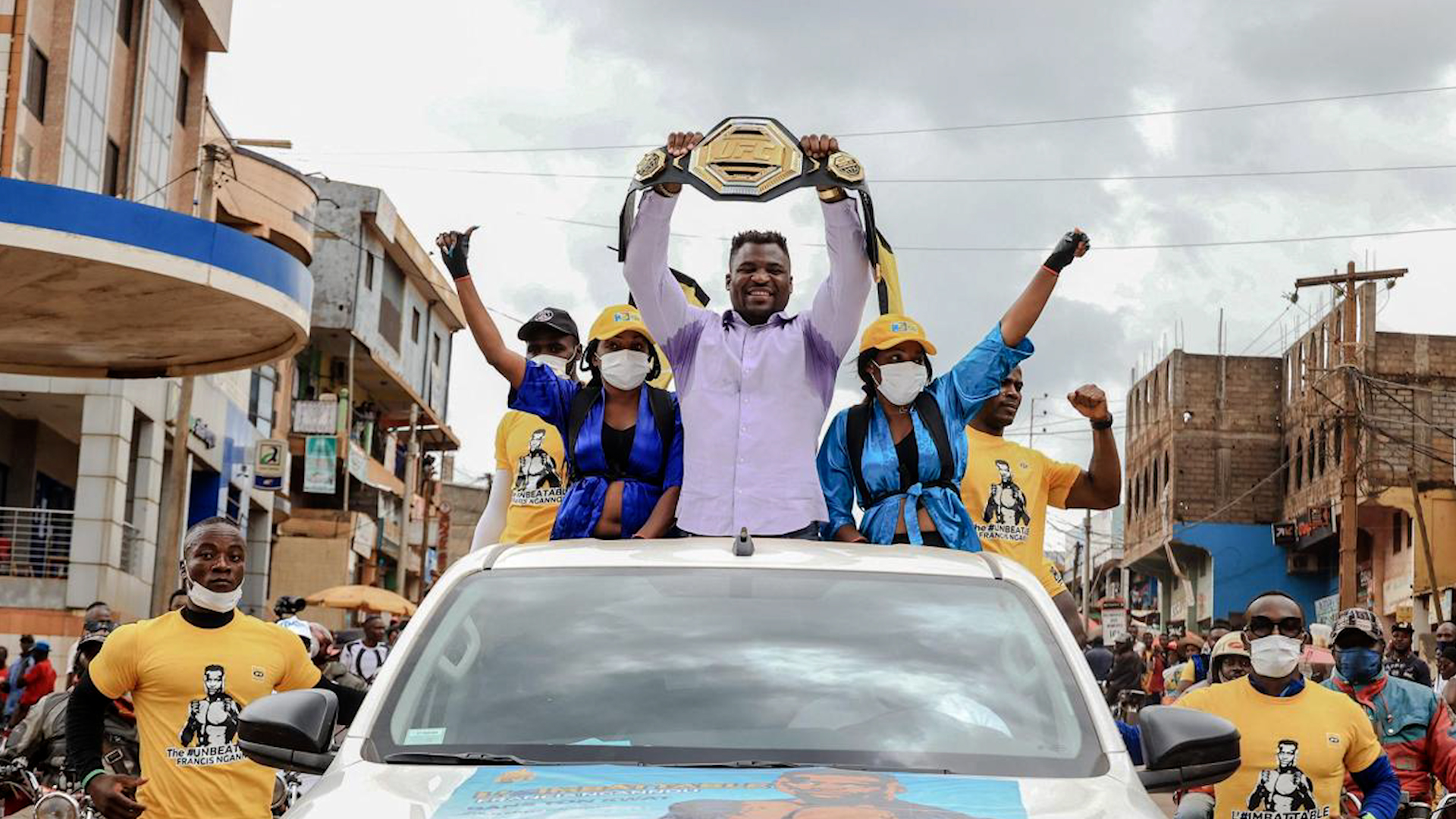 The welcome, legitimate, is worthy of the biggest stars.

In Douala, the economic capital of Cameroon, as in Batié, his childhood village, Francis Ngannou made a triumphant return to his native lands.

The new MMA world champion, whose extraordinary destiny marked the spirits, was back in Cameroon, a month after his world coronation.

On the esplanade of the foundation he created in 2019 in Batié, in order to introduce young people to martial arts, nearly 2,000 people had, for example, taken their seats for a welcoming ceremony.

On March 28 in Las Vegas, the fighter of 1m93 for 113 kilos, nicknamed "The Predator", had beaten in Las Vegas by KO the American Stipe Miocic, holder of the title. Francis Ngannou had thus become the first African to obtain this world consecration in the most prestigious of leagues, the American Ultimate Fighting Championship (UFC). MMA: the world champion Ngannou welcomed as a hero in Cameroon

MMA: the former homeless can become the king of the world "I have never been sad, even when I slept in the street": the confidences of Francis Ngannou