Inoculation of the new crown vaccine has not only become the key to defeating the epidemic, but also aroused the sensitive nerves of the society. A 63-year-old man received Kexing vaccine at the Community Vaccination Center of Guanyong Gymnasium, Jordan last Friday (26th) for two days. 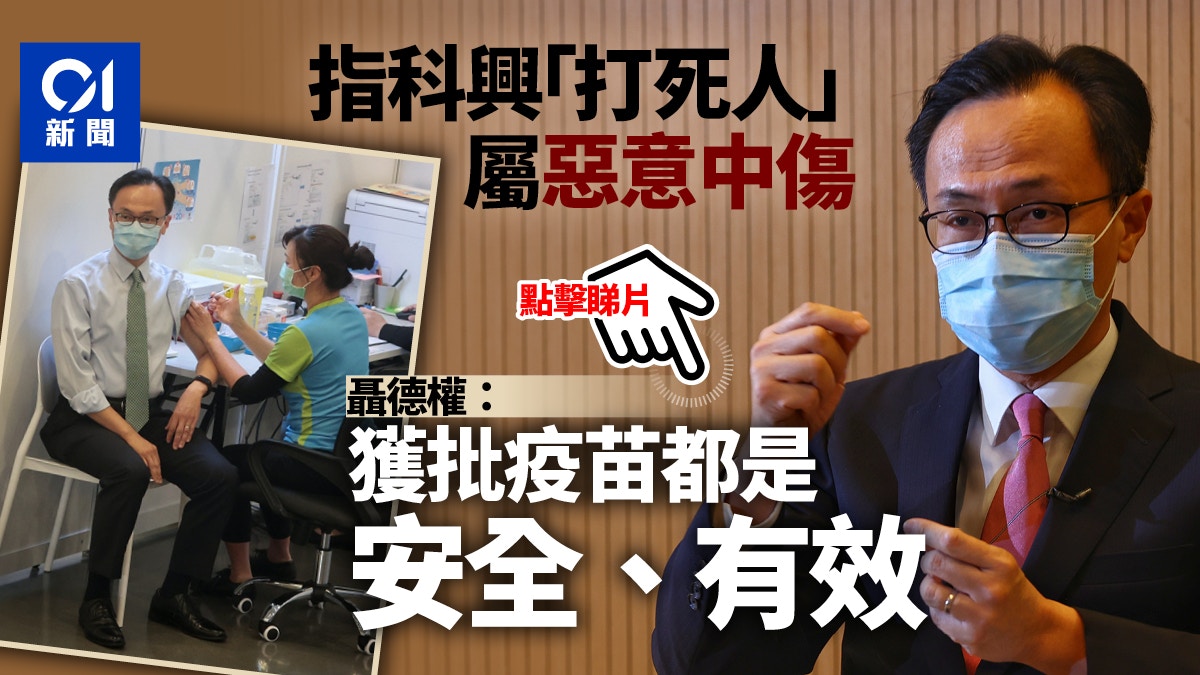 The new crown vaccination has not only become the key to defeating the epidemic, but also aroused the sensitive nerves of the society. A 63-year-old man received Kexing vaccination at the Community Vaccination Center of Guanyong Stadium, Jordan last Friday (26th). Two days later, he was unfortunately vaccinated. Therefore.

Although the expert committee agreed that the cause of death is not directly related to vaccination, the incident more or less affected the public's confidence in Kexing vaccine.

The Secretary for Civil Service, Nie Dequan, who is responsible for coordinating the vaccination work, said in an interview with "Hong Kong 01" that the government is very concerned about the deaths of citizens after being vaccinated, and emphasized that when handling relevant cases, the information must be open and transparent, so that the citizens can grasp and release as much as possible. concern.

After the deaths occurred, some citizens made appointments immediately. Some people on the Internet urged the citizens to switch to the BioNTech vaccine, and even pointed out that the domestic Kexing vaccine "killed people."

Nie Dequan criticized the malicious slander or misrepresentation of Kexing vaccine on the Internet, and emphasized that the three vaccines approved for emergency use are safe and effective.

The government has predicted serious reactions, abnormalities or deaths early

The vaccination plan took less than a week, and a 63-year-old man with a chronic illness died two days after being vaccinated with Kexing vaccine.

He emphasized that the government has a mechanism to further follow up the incident, including submitting it to the Coroner's Court for investigation.

Nie Dequan pointed out that 100 million people around the world have been vaccinated, and 10 million of them have been vaccinated with Kexing vaccine. When the government launched the plan, it had anticipated the possibility of serious reactions, abnormal incidents and even deaths. He emphasized the government's handling of related cases. , The information must be open and transparent.

He said that Kexing and "Fubitai" will deliver 1 million doses of vaccine as scheduled this month.

The public loses confidence in Science and Technology?

Nie: Only 8% of people "dump the bottom"

After the death case was reported, the day before yesterday (3 days) people who had booked for vaccination "dumped the bottom". Does it reflect that the public has lost confidence in Kexing?

Regarding the calls on the Internet for boycotting Kexing and reverting to Bitai, Nie Dequan criticized the malicious slander or distortion of Kexing vaccines on the Internet, and emphasized that the three vaccines approved for emergency use are also safe and effective. "No matter what kind of vaccine, Regardless of the technology platform, regardless of where it is produced, all vaccines provided to the public in Hong Kong for emergency use have also been reviewed by the expert committee."

Nie Dequan pointed out that 2.4 million people in the five groups are eligible for priority vaccination, and the first round of vaccination is expected to be completed in the first one to two months.

At present, there are five groups of groups eligible for priority vaccination, including medical institutions and staff involved in the fight against the epidemic, people aged 60 or over, etc. Nie Dequan pointed out that a total of 2.4 million people in the five groups are eligible for priority vaccination, and it is expected to be in the first one to two. The first round of vaccination will be completed in January, and a review will be conducted one month after the planned launch. It is expected that the next step will be open to people with chronic diseases under 60 years old, and then other citizens under 60 years old will be vaccinated.

Nie Dequan emphasized that the planning of the vaccination plan needs to be meticulous, but the operation needs to be flexible and flexible. It depends on the actual situation, the wishes and responses of the public before taking the next step.

Nie Dequan pointed out that the government has ordered Kexing, Fubitai and AstraZeneca vaccines, each with 7.5 million doses. It is expected that all vaccines will arrive in Hong Kong in batches within six months.

No plan to introduce Sinopharm vaccine

Before the launch of the vaccination plan, Chief Executive Carrie Lam led the accountable officials and members of the guild to receive the first batch of Kexing vaccines. Nie Dequan described that after the Kexing vaccine was vaccinated, "feeling ok." "I myself was on the first day, February 22 I was vaccinated with the Chief Executive on the same day, and I felt very OK. I didn’t feel that I had the shot after the shot. For the past few years, I have been getting the seasonal flu shot. The next few days are as busy as my life and work, nothing special. I feel like I’m really looking forward to the second shot.”

New Crown Vaccine｜Nie Dequan: The government first explained the death case but was first reported by the media

The organizational media blasted the new permanent secretary Liu Liqun for not being patriotic enough, Nie Dequan: the discussion needs to be based on facts 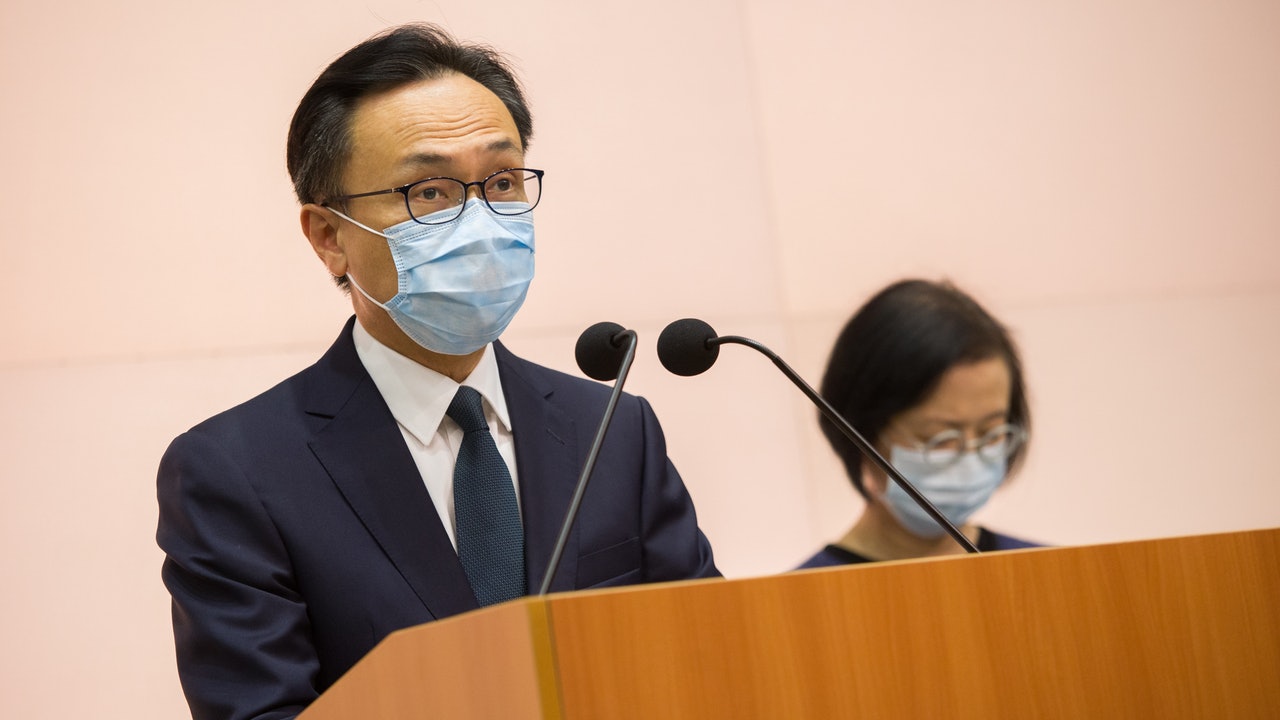 Nearly 200 civil servants refused to sign a statement Nie Dequan: they will lose confidence in Qu Wei and will follow up according to the mechanism 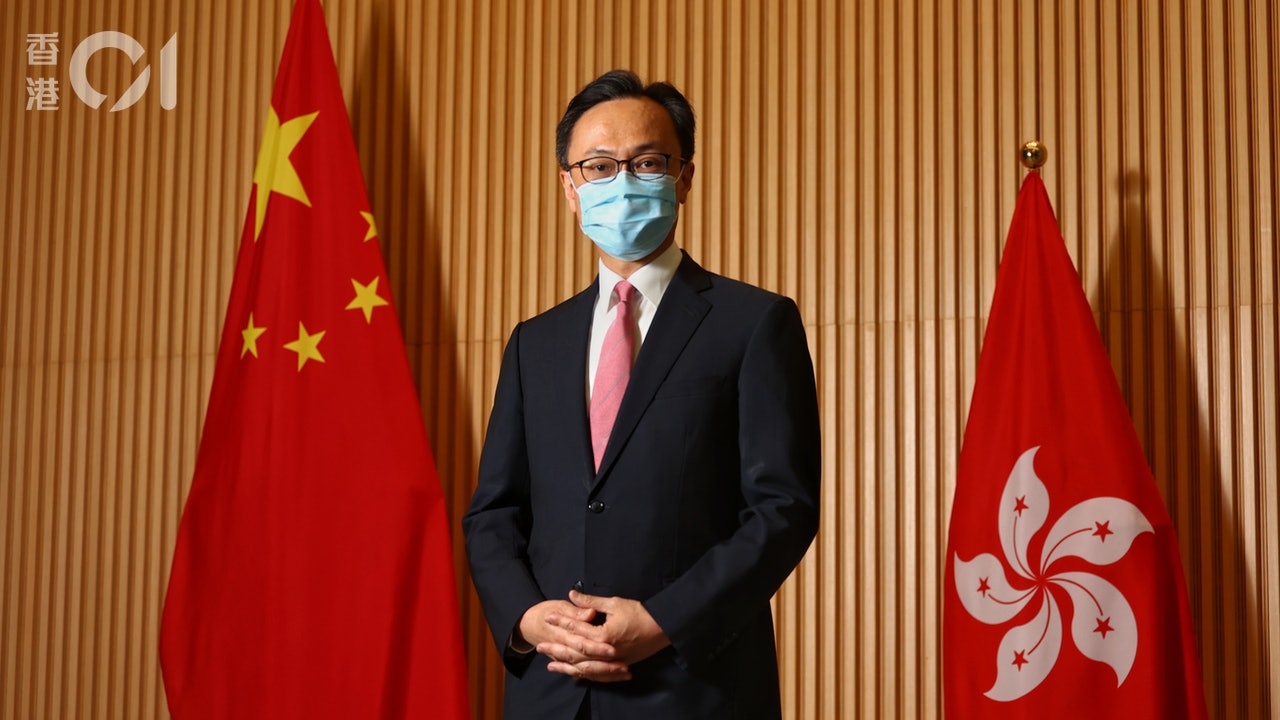 Interview | Is it a breach of oath for public servants to go to the June 4th party? Nie Dequan: If you are against the patriots to rule Hong Kong, don't do it

Interview | Is it a breach of oath for public servants to go to the June 4th party? Nie Dequan: If you touch the patriots to govern Hong Kong, don't do it 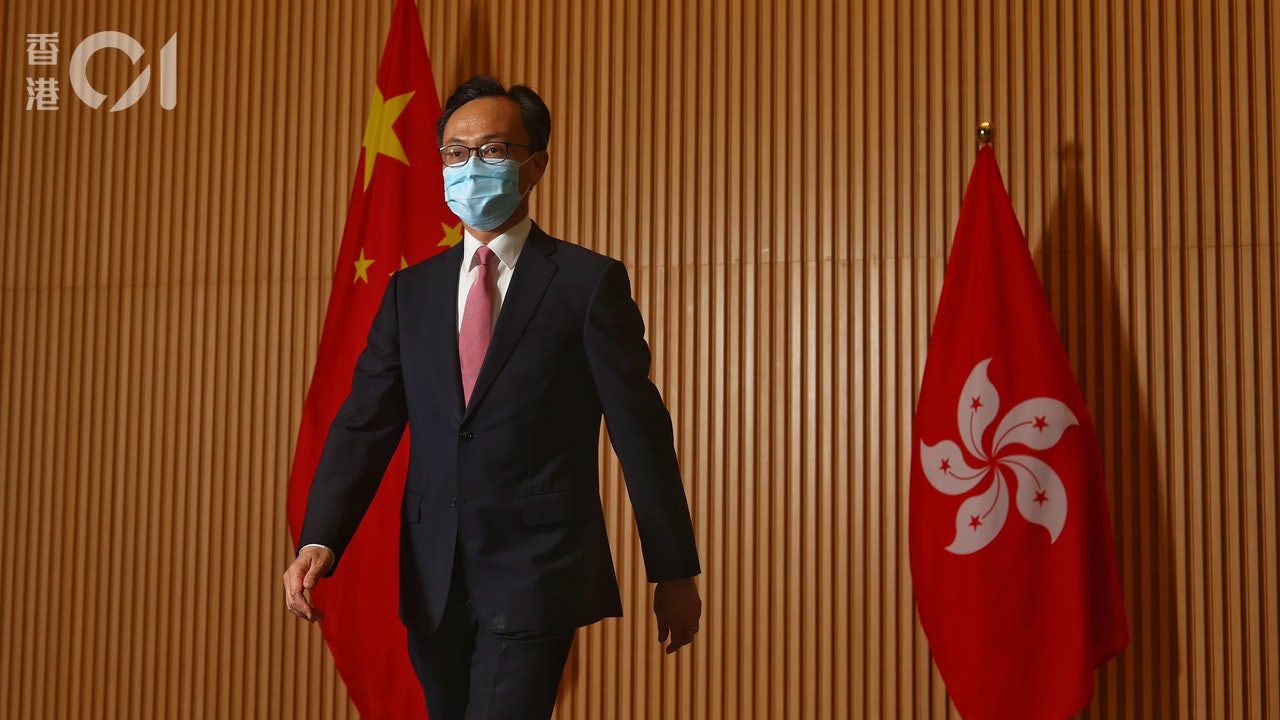 Interview | Chief Nie Dequan revealed: 200 civil servants refused to sign and declared allegiance to leave the government is not a bad thing 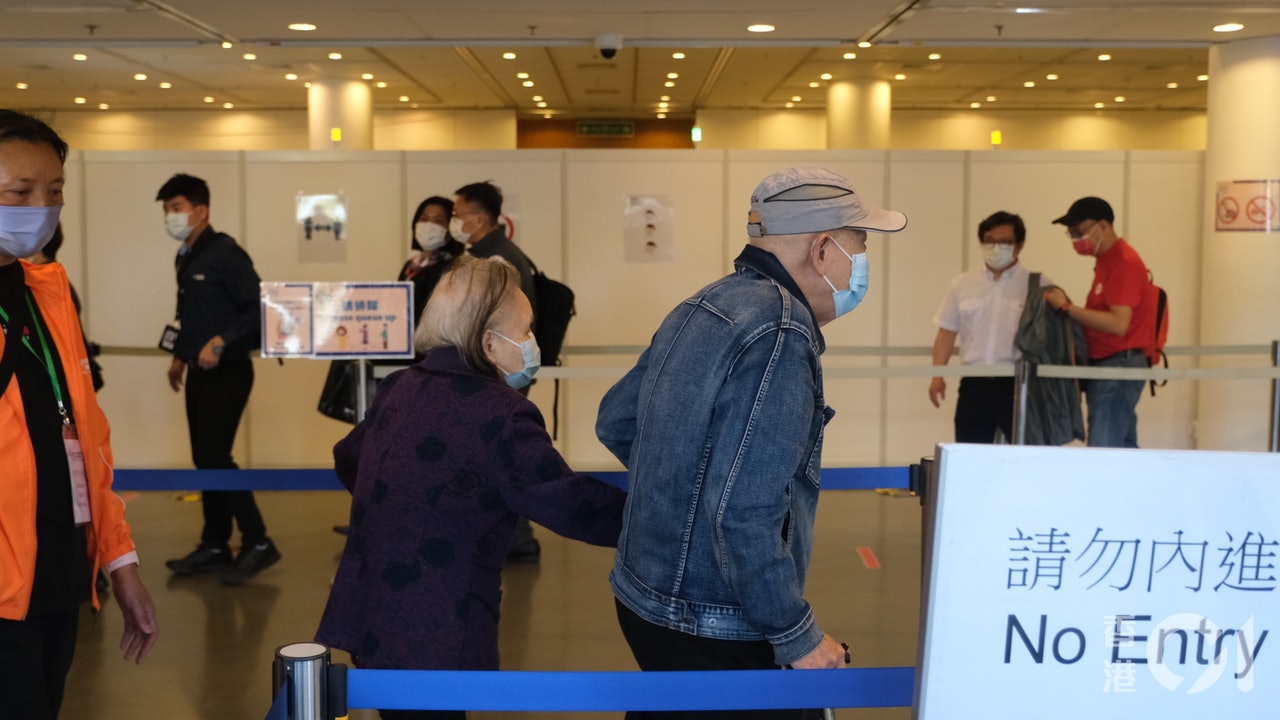 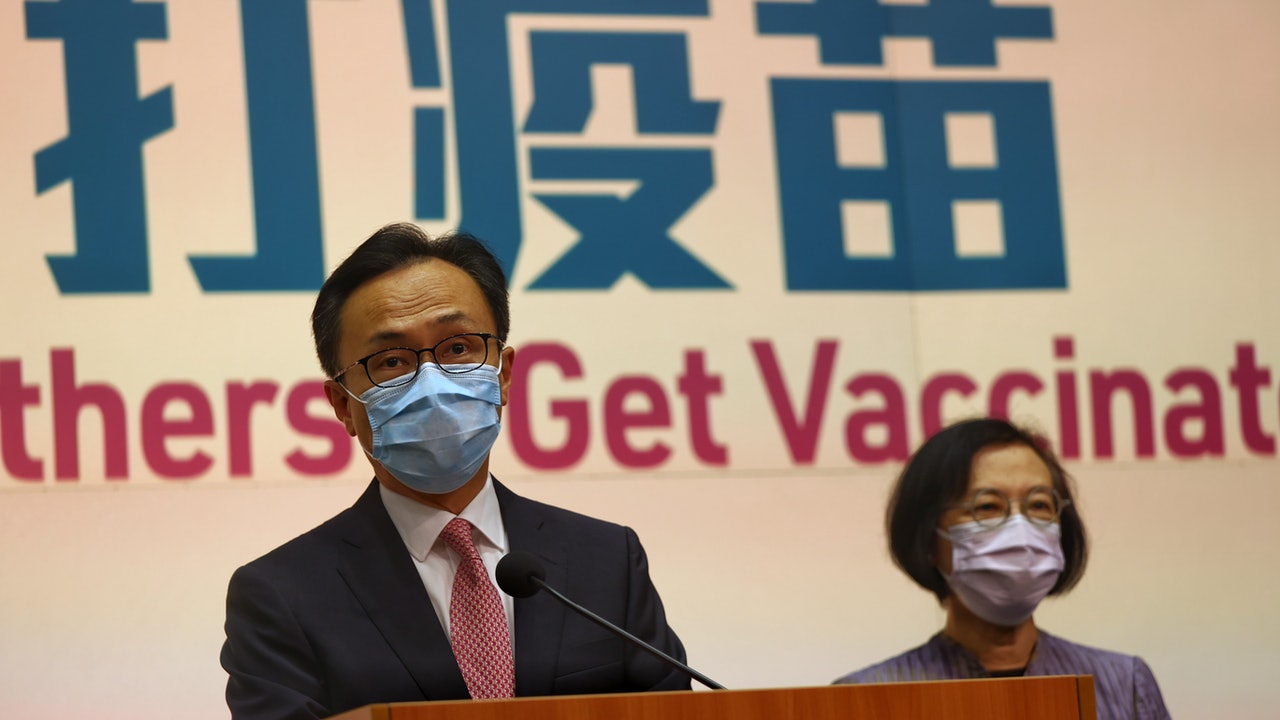 New Crown Vaccine｜Fobitai can make an appointment for a total of 140,000 doses from Wednesday