Ten months after George Floyd's death, protests broke out again in Minneapolis - because a black man was shot dead by a policewoman. How did that happen? The most important things at a glance. 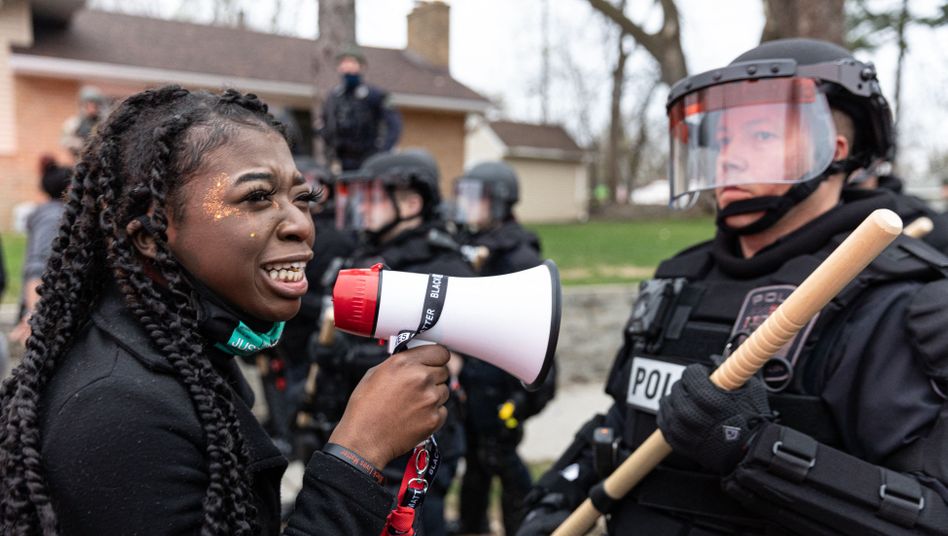 In Minneapolis these days the process is taking place that all of America is looking at.

In the case of the killed black George Floyd, ex-police officer Derek Chauvin is charged with "second degree murder".

Only 15 kilometers from the courtroom, in the suburb of Brooklyn Center north of the city, a black man has once again lost his life in a police operation.

Soon afterwards there were protests, in some cases violence.

President Joe Biden has also spoken on the case.

How did the fatal shot come about?

The police have since shown body cam recordings from the operation.

These suggest that a female police officer fired the fatal shot because she mistook her pistol for her taser.

You can see the officer pointing her gun at Wright and calling out "I'll taser you" and "Taser" several times.

After firing a shot, the 20-year-old moans in pain.

The policewoman yells, "Holy shit, I shot him." According to the autopsy, Wright was fatally hit in the chest.

Why did Wright get into the traffic control?

During the inspection it turned out that an arrest warrant had already been issued for him.

According to court documents quoted by the US media, a judge issued the warrant earlier this month after Wright failed to appear on a court hearing.

Accordingly, he should answer for two offenses: The Minneapolis police accused him of wielding a pistol without permission and of running away from officials last June.

In the subsequent attempt by the officers to arrest Wright, there was a tussle between the 20-year-old and the police, according to Police Chief Gannon.

The officer unintentionally fired the shot that killed Wright.

What does the dead man's family say?

According to Katie Wright, the dead man's mother, her son was traveling with his girlfriend in a car that the family had given him two weeks earlier.

Shortly before the police operation and at the beginning of the operation, her son spoke to her on the phone.

"He said they stopped him because of the air fresheners that were hanging from his rear-view mirror," the mother said.

Then her son either put the phone down or dropped it, Katie Wright said.

Then she heard a "scuffle" and the police told him not to run away.

Finally the connection was broken.

When she called back, the mother said, her son's friend answered the phone and told her that he had been shot.

The police confirmed that there was a woman in the car.

She sustained "non-life-threatening" injuries when the car rolled away and hit another car.

It was obviously Wright's girlfriend.

Who is the policewoman who fired the shot?

The policewoman has since been identified as Kim P.

It is a white civil servant who can look back on a 26-year career.

At a candle watch on Monday, Daunte Wright's brother expressed doubts that a taser could be mistaken for a pistol: "You know the difference between plastic and metal, we all know it."

Brooklyn Center Mayor Mike Elliott has called for the officer to be dismissed.

The police initially did not provide any information about the consequences Kim P. could face.

Why is the crime scene so important?

In the nearby city of Minneapolis, ex-police officer Derek Chauvin is currently facing the death of the black George Floyd.

When Floyd was arrested on charges of paying with counterfeit money, the prosecutor said Chauvin pushed his knee to the back of his neck for exactly nine minutes and 29 seconds, although Floyd repeatedly complained that he could no longer breathe, and eventually passed out lost.

Floyd was later pronounced dead in a hospital.

His death on video on May 25th last year sparked outrage around the world.

Hundreds of people took to the streets, displayed flags that read "Black Lives Matter," and stood in front of the police station in Brooklyn Center.

US President Biden has now called for calm. Peaceful protest is understandable, but there is no justification for violence. "Today I think of Daunte Wright and his family - and the pain, anger and trauma that black America experiences every day," Biden also wrote on Twitter. While he awaits the investigation, he is aware of what needs to be worked on: "Restore trust and ensure accountability so that no one is above the law." 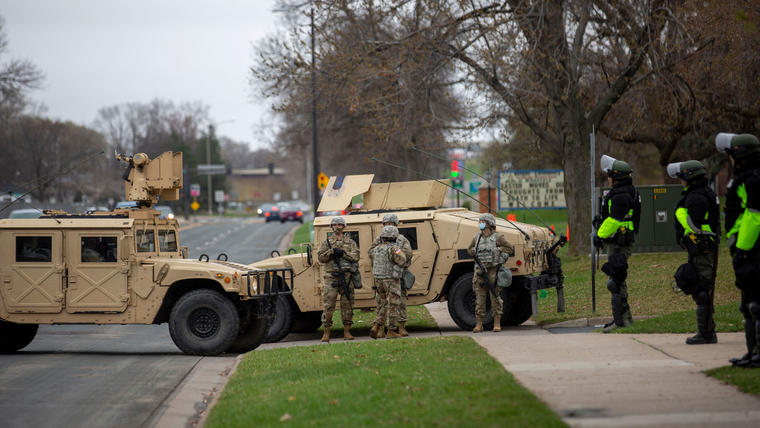 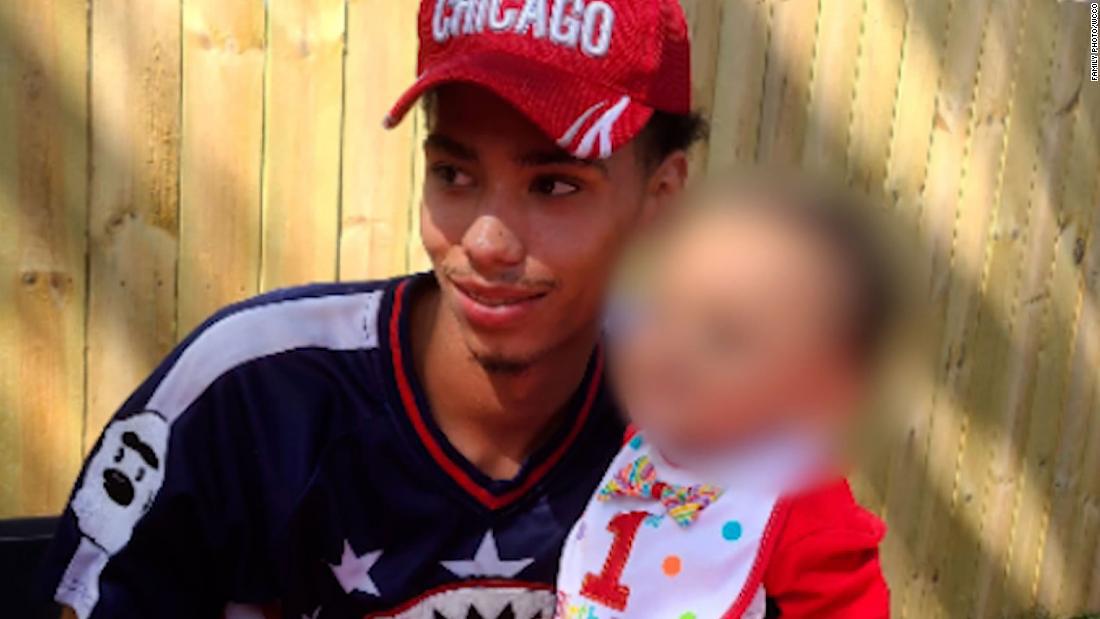 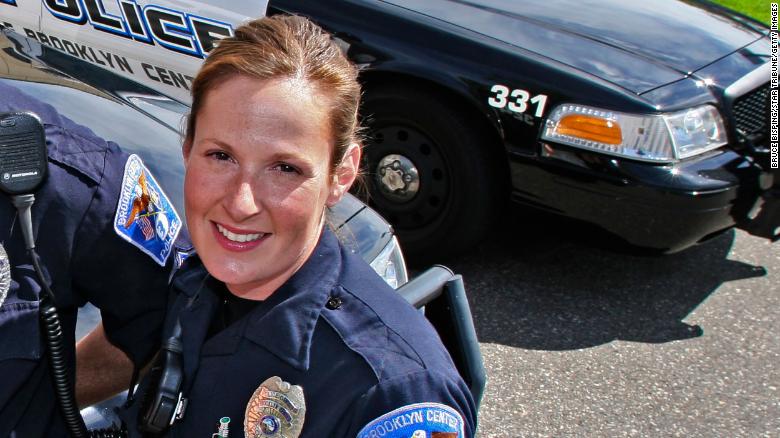 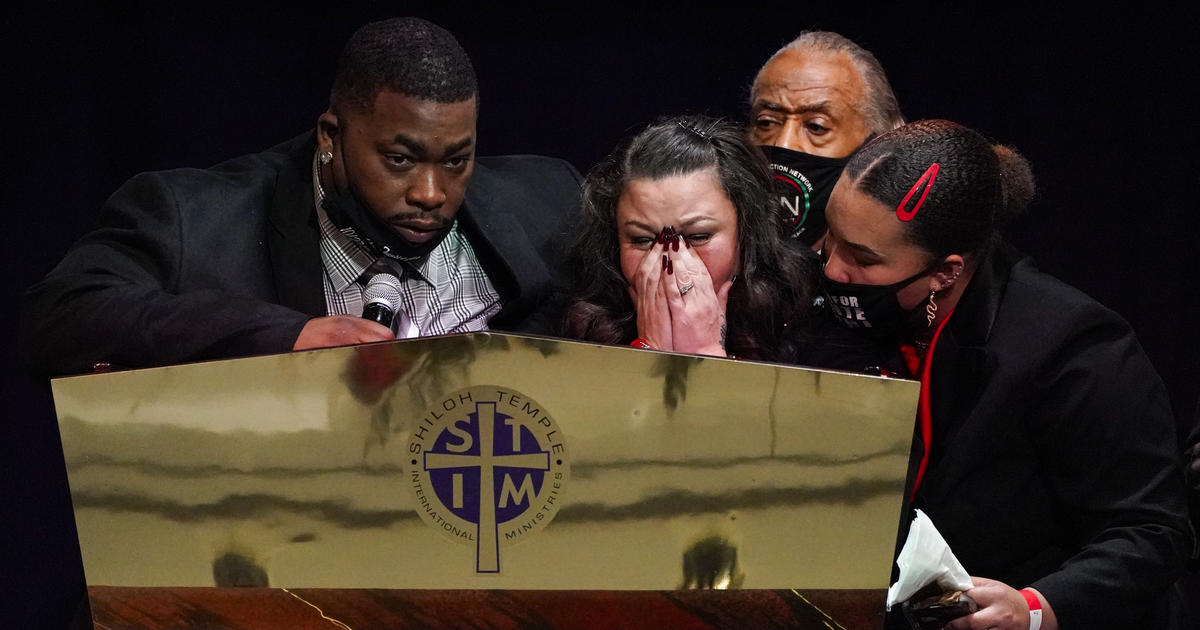 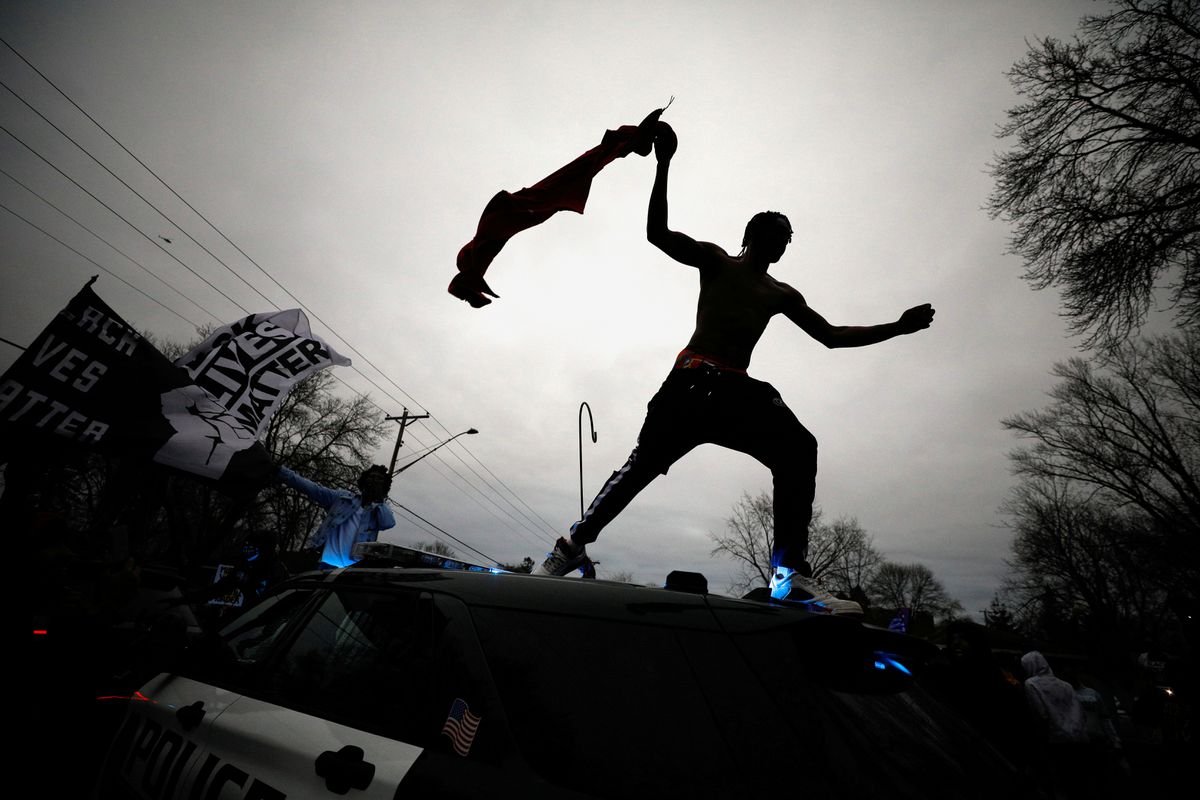 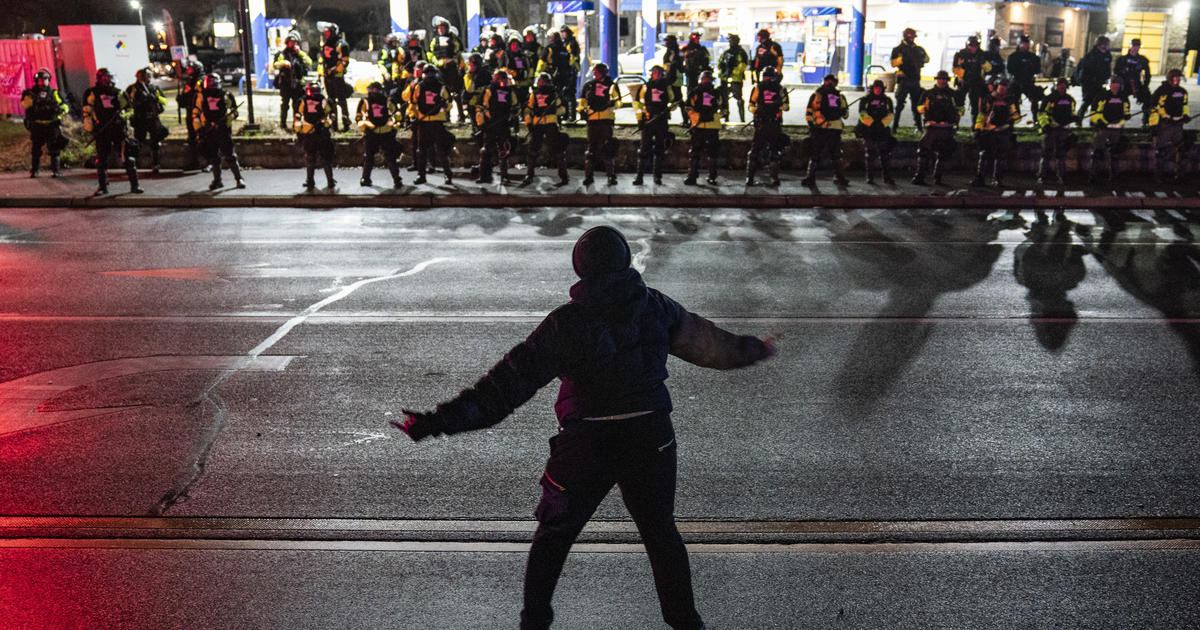