Biomedicine is one of the areas of innovation and technology that the Hong Kong government is vigorously developing. But the local market is limited and there is no production support. Many pharmaceutical companies need to face foreign markets or even set up factories in neighboring cities. This is worrying. 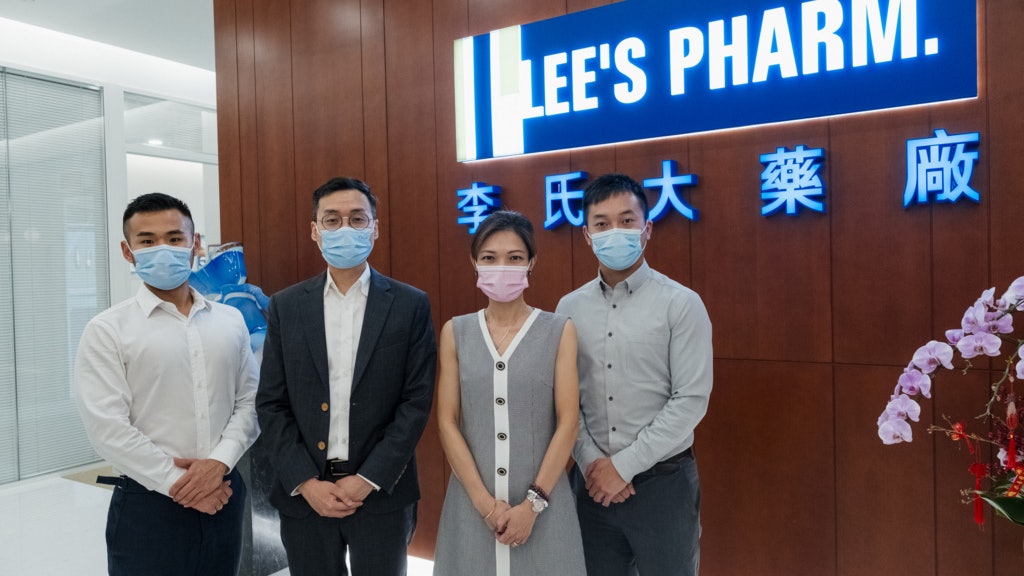 Biomedicine is one of the areas of innovation and technology that the Hong Kong government is vigorously developing. However, the local market is limited and there is no production support. Many pharmaceutical companies need to face foreign markets or even set up factories in neighboring cities. This is worrying or affecting The long-term development of biomedicine in Hong Kong.

Li's major pharmaceutical company is listed in Hong Kong, but in response to market and production needs, it has established its R&D and production base in the Mainland, but Hong Kong's role is still important.

The company's R&D director pointed out that because of the need to import drugs from Europe and the United States to the mainland market, and Hong Kong has clinical testing institutions recognized by the mainland, the introduction process has been greatly accelerated.

Therefore, Li’s large pharmaceutical company needs to attract scientific research talents who understand the mainland market and have good Chinese and English abilities. Last year, as a cooperative enterprise of the first "Tomorrow Innovation and Technology Leadership Training Program" of the Science and Technology Park Company, it successfully hired two young scientific research talents. , One of them is a doctor.

According to Huang Sijia, director of preclinical and project management at Li's Pharmaceutical Factory, in addition to self-developed products, products will also be introduced from Europe and the United States, and the main markets are in the Mainland.

"For pharmaceutical companies, Hong Kong is a bridge between the international and the mainland," he said. Lee often needs partners to hold meetings, and the Hong Kong branch is also responsible for coordinating and speeding up the introduction process.

Related news: Interview｜Speech from Huang Keqiang, CEO of Innovation and Technology Leadership Training: Learning is the result, not the goal

"One more thing is that it is more convenient to do clinical testing in Hong Kong." Huang Sijia explained that if you want to introduce a drug from a foreign country to the mainland, if you directly apply for registration and conduct clinical testing in the mainland, the whole process will be very long; compare In addition, the Hong Kong registration process is simple, and there are clinical testing institutions recognized by the Mainland such as Queen Mary Hospital and Prince of Wales Hospital. The company uses this approach to speed up the introduction of drugs into the clinical process.

In terms of self-development, Huang Sijia pointed out that pharmaceutical companies also need to cooperate with local universities to conduct pre-clinical research, such as testing in animals and cell environments.

If Hong Kong wants to develop into an innovation and technology center, many people think that Hong Kong may not necessarily become a research and development base, but focus on business development, promoting cooperation or a feasible model.

Li Luoyi, senior vice president of R&D of Li's Pharmaceutical Factory, also said that the company's main R&D base is in the mainland, while the role of the Hong Kong company is mainly in project management and business development.

Li Luoyi continued that the company most needs to recruit talents with medical and clinical research backgrounds. On the other hand, Hong Kong companies also lack people who are familiar with domestic laws and regulations and also understand the registration requirements of Hong Kong. Because the company needs to import products from the European and American markets Therefore, talents with good Chinese and English abilities are needed.

Huang Sijia sighed that it is very difficult to hire medical students locally. "They will definitely come out to be doctors." On the contrary, many medical students in the Mainland are willing to work in pharmaceutical factories after graduation. He believes that this is mainly related to Hong Kong's culture and insufficient resources. .

Not only medical students, but the entire innovation and technology industry is thirsty for talents.

Li Luoyi also said frankly that in the past, pharmaceutical companies were relatively passive in recruiting. They usually only advertised or went to campus to recruit. However, applicants may not meet the requirements and there are also insufficient "soft skills".

The plan has received more than 600 local and overseas applications, of which 60% of the applicants have a master's or doctoral degree, and 80% are local university graduates.

This year is the second year and the plan is now accepting applications.

Yang Langting, who was successfully hired by Li's Pharmaceutical Factory, said that this is "one of the hardest interviews in life". Due to the large number of competitors, hackathons are the most challenging part. The team needs to solve the designated problems within two hours. And demonstrate.

Yang Langting recalled that at that time, his role was like a coordinator, sorting out the views of the team members, maintaining a harmonious atmosphere, or leaving a good impression on the judges.

Zhao Zewei, who studied medicine in the Mainland and studied in Hong Kong for a master's degree in medicine, said that through the plan, he can get in touch with more companies and platforms, plus the training before formal work, so that he is competent for future jobs.

Zhao said that he likes Hong Kong very much and he values ​​the special status of Hong Kong. It can be exposed to more sophisticated knowledge faster than the mainland. He will continue to stay in Hong Kong in the future and devote himself to the medical industry.

The opening of the Science Park Innovation Chamber. The company can rent a suite with a meeting room for the team to live and work. 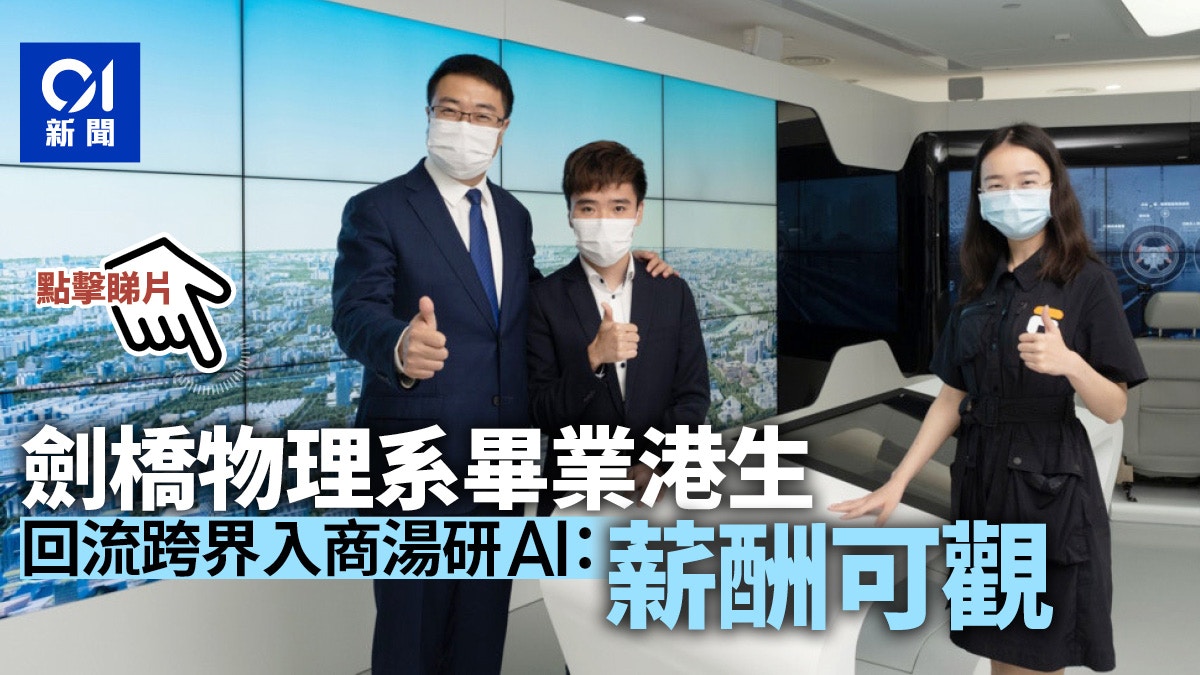 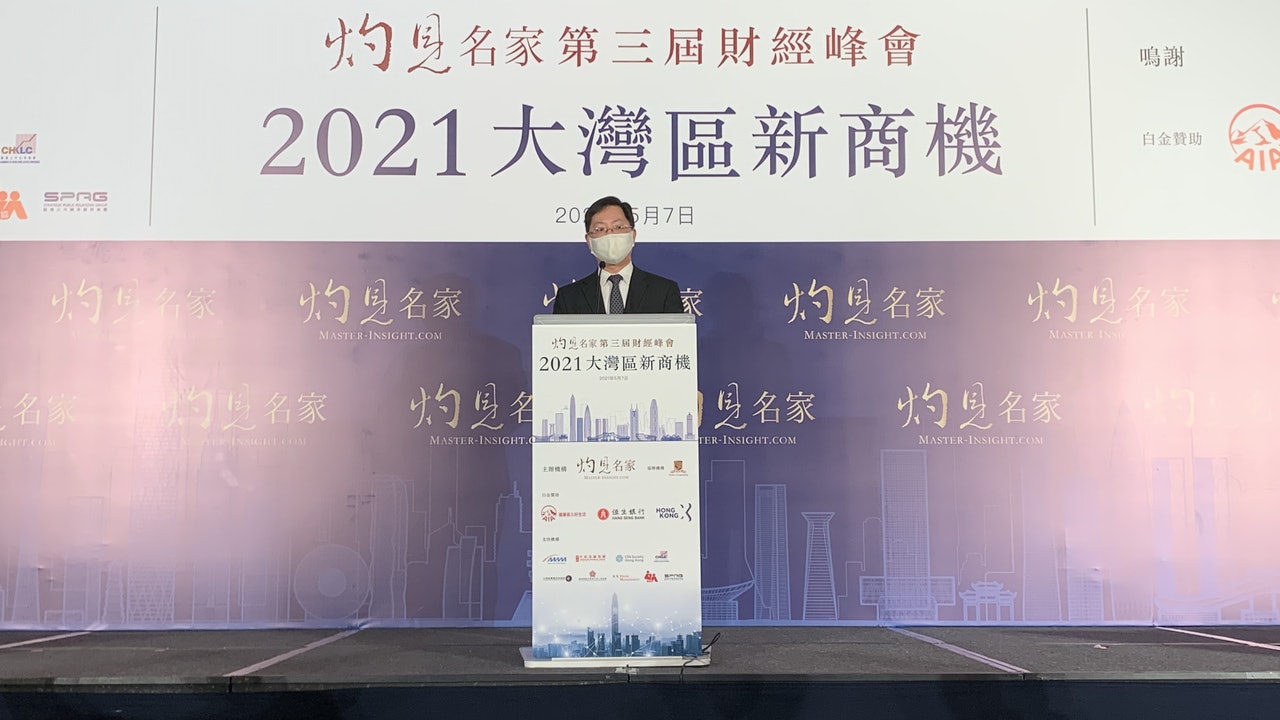 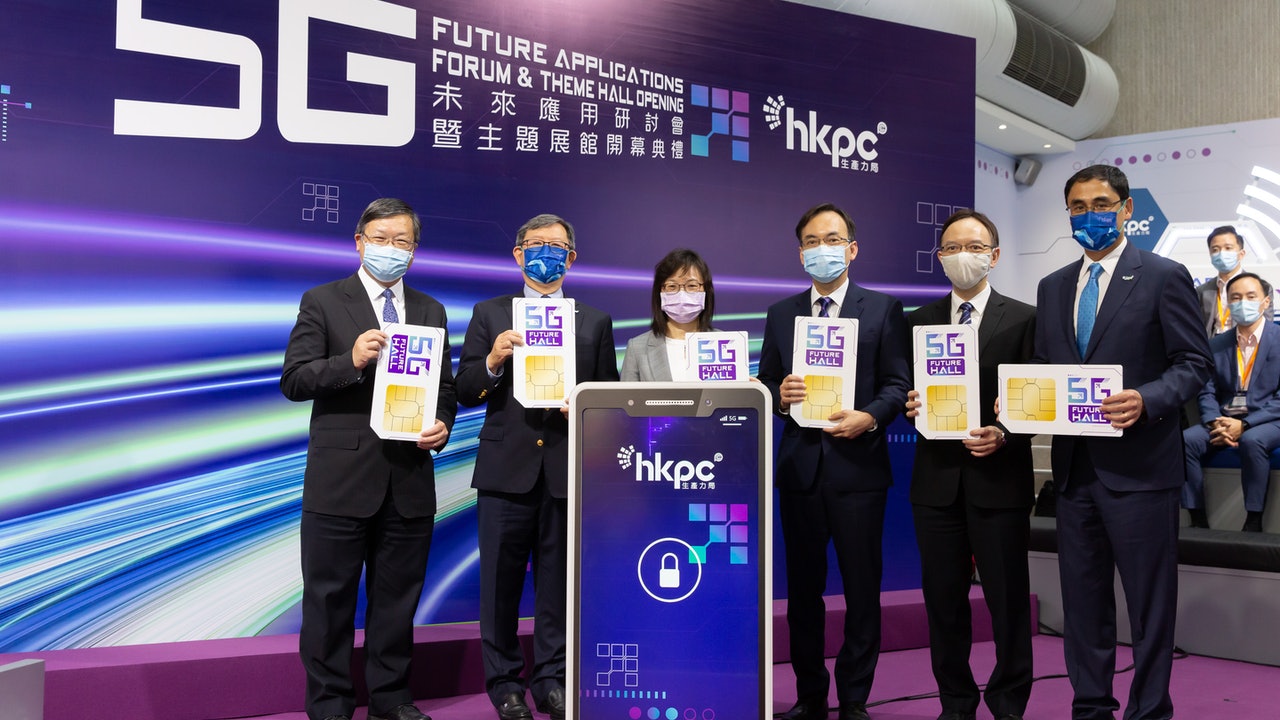 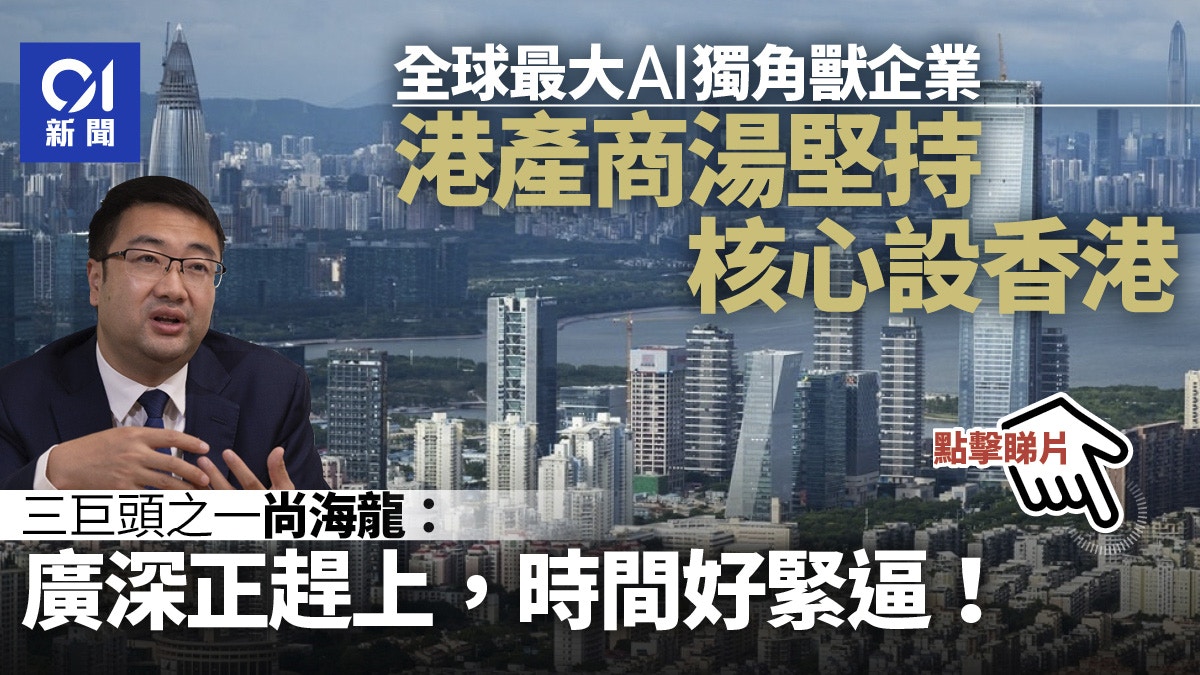 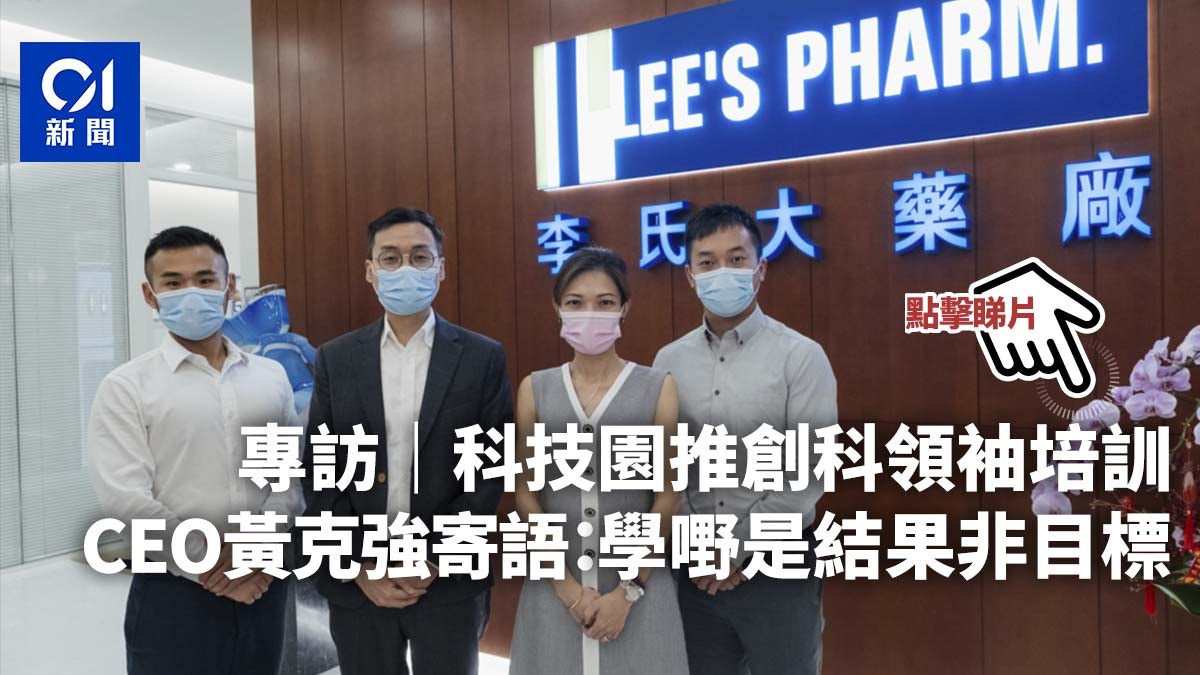 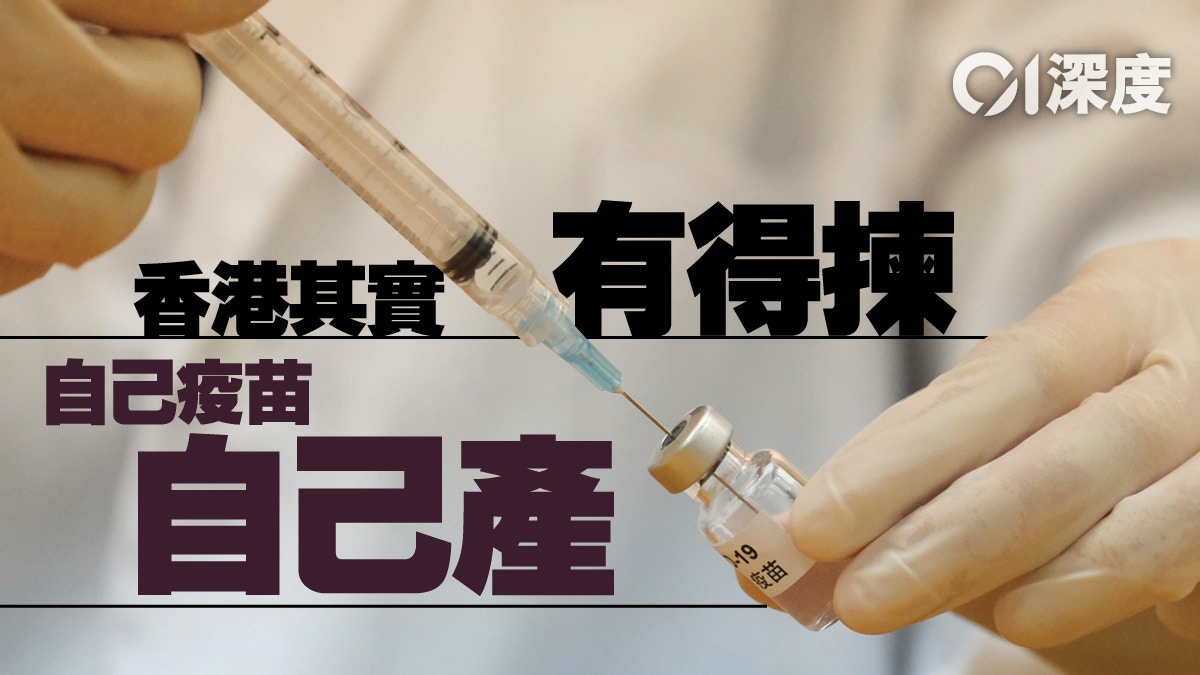 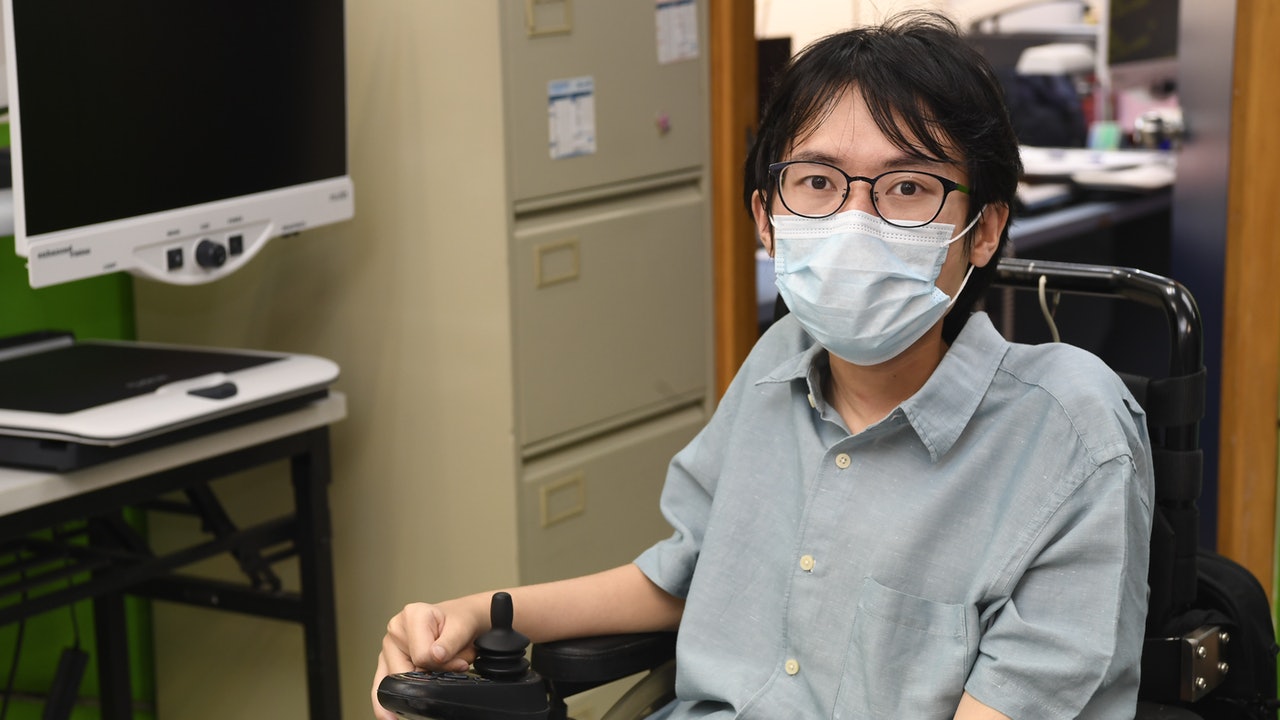 Orphan drug registration for more than two years, only one adult patient beneficiary group urges the government to set a trial period for the new drug