Almería: beaches, hikes and gastronomy, our must-sees in beautiful Andalusia

Bordered by 200 km of Mediterranean coastline, this province occupies the south-eastern tip of Spain. With 320 days of sunshine per year and an average temperature of 18.5 ° C - and over 30 ° C in summer - the Costa Almeriense is a spot conducive to relaxation all year round. 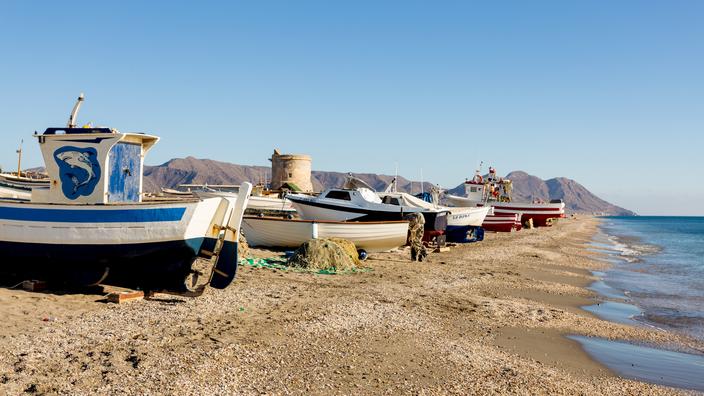 Sunbathe on dream beaches of Cabo de Gata Natural Park, visit Almería and admire its architectural treasures, savor the local gastronomy, hike in the Tabernas desert and discover the remains of a prehistoric civilization unique in Europe, or slip into a geode with giant crystals.

This relatively unknown region of Spain is worth a visit!

Enjoy the best beaches in Spain

In the extreme south-east of the territory, the Cabo de Gata Natural Park is home to the most beautiful beaches in the province. The

is one of the most famous, and is unfortunately very invaded in summer despite its large size (1 km in length). Relax on the small ocher pebbles that make up this natural beach before exploring the seabed of its turquoise waters. We reach this place of paradise from the village of Carboneras. In summer, parking is chargeable (5 € per day). The beach is accessed by a sloping path. An alternative ? Get there by boat from the port of Carboneras (around € 15 return per adult).

More intimate and more pleasant, the

is a small cove of fine golden sand, little frequented in summer.

Surrounded by fossilized dunes, this wild beach offers a breathtaking view of the bay.

Behind it stands the

, a vestige of an underwater volcano on which nowadays stands a lighthouse and a castle.

By land, access is via a rustic path not recommended for children from

Read the file: Seville: the

Discover Almeria and its hidden treasures

The ramparts of the Alcazaba, one of the most important Muslim constructions in Spain. Excelentísimo Ayuntamiento de Almería

The capital and the province share the same name: Almería. The city owes its current sublime appearance to the prosperity generated from the middle of the 19th century by the grape trade and especially by the extraction of iron ore which enriched the new local bourgeoisie. She built sumptuous residences of different styles that now make up the city center. Like the

, of modernist architecture topped with a dome adorned with butterflies, or cultural constructions like the

. Vestige of this mining past, near the

, the Cable Inglés is an ore loading dock inspired by Eiffel's work.

It facilitated the transport of material extracted from the

, between the port and the train station, whose entrance is decorated with a magnificent glass roof.

Information for guided tours on the city site.

Visiting the site and the museum is free for Europeans.

On a hill overlooking the city and the bay, the magnificent and imposing Alcazaba can be seen from several points of the city.

This fortress, protected by 1.5 km of ramparts, was erected in the 10th century and bears witness to the city's strategic position, between Europe and the Maghreb, which attracted sailors and traders.

d'Almería is the largest Muslim building in the country.

It is made up of three enclosures, one of which dates back to Christianity.

The places include gardens, medieval cisterns, reconstructed houses, public baths and the

Entrance is free for Europeans.

Learn the history of the Spanish guitar

In the heart of Almería, the Spanish Guitar Museum pays tribute to the

Throughout the visit, we discover the ancestors of the contemporary guitar since Antiquity, the techniques and materials of manufacture, guitars designed by Antonio de Torres, the place of this instrument in culture and history by a series of tables, among others.

The visit, educational and interactive, will interest all generations.

The icing on the cake: several models are available to the curious who wish to try their hand at the Spanish or electric guitar.

Taste simple cuisine, between the coast and the mountains

We feast here on a cuisine of fishermen, hunters and breeders.

Vegetables hold an important place there, because the province is a high place of agricultural exploitation.

Among the emblematic dishes of this region, the

, local pasta (without eggs) which is shaped like grains.

On rare rainy days, it is customary to taste

a generous tapa is always offered with the drink.

Let yourself be tempted by the

, a kind of slightly spicy ratatouille with meat or fish, or the

, a thick cream made from almonds, bread, garlic and olive oil.

Interior view of the Geode of Pulpí.

Let yourself be embarked in this palace of flaming crystals.

This space covered with enormous gypsum formations is hidden inside a mine in Pulpí, a village in the north of the province where iron, lead and silver were mined.

Its dimensions (8 x 2 meters) make this striking geode the largest in Europe and the only one in the world whose easy access allows it to be visited without any equipment.

You must pass through this arid landscape of volcanic mountains where lava flows and domes pass by as well as fossil dunes.

Covering nearly 50,000 hectares, the maritime and terrestrial park of Cabo de Gata has been recognized by Unesco as both a Biosphere Reserve and a Global Geopark.

There are native plants there, such as saffron from Cabo de Gata.

On the seabed side, we find vast meadows of Posidonia where crabs, octopus and fish make their home.

Remarkable birds like flamingos fly over the salt marshes.

The successive occupants of the park have left in the past vestiges that can be found here and there in the park, such as a Roman salt factory, watchtowers and Arab cisterns,

(sort of farm) abandoned and still a former mining village.

Hiking in Tabernas, a unique desert in Europe

The desert has hosted the shooting of many films.

In the desert of Tabernas the rain is rare and the temperatures oscillate between -5ºC in winter and 48ºC in summer.

And for a few dollars more

Venture out on a hike through the Desert Trail (PR-A 269) which has relatively little difficulty.

The path follows the path of

dug by dry torrents, while crisscrossing between old

The latter is also the starting point for this pleasant hike, which can be reached by the A-92 from the city of Almería, towards Granada.

Explore the remains of a unique civilization in Europe

You will discover the Los Millares site in the town of Santa Fe de Mondújar, on a plateau a 30-minute drive from the city of Almería.

The inhabitants of this village of the Copper Age lived according to a very complex organization of their society, between the four enclosures enclosed by ramparts and a set of forts.

A necropolis comprising 80 large burials stretches over 13 hectares on the edge of the village, while at the end of the site stands a reconstruction of the houses, towers and the wall, with a reproduction of everyday life. of the time.

Allow 2h30 for the visit and remember to download the

, which helps interpret the remains in augmented reality.

From France, there are no direct flights to Almería.

Two options: fly to Málaga or Granada and continue by road (around 2 hours of travel in both cases).

Renting a car will be convenient for you to explore the area.

Each has a theme evoking the history, the landscape and the culture of the city: its light and its blue tones, its 19th century bourgeois houses, the industrial style of its

Best of all: the terrace has a swimming pool.

(a kind of traditional farmhouse) with rustic and warm decor.

Located in the Cabo de Gata Natural Park, you can enjoy a view of the arid hills from the swimming pool and the jacuzzi, surrounded by a vast garden of olive trees, palm trees and pomegranates.

Starting price: around 205 € per night in high season.

is revisited in a baroque atmosphere tavern with a touch of modernity.

Other tapas and dishes of Spanish gastronomy are offered there.

Careful and gourmet cuisine in this welcoming establishment by the sea. The menu honors both meats and products from the coast.

Almería: beaches, hikes and gastronomy, our must-sees in beautiful Andalusia 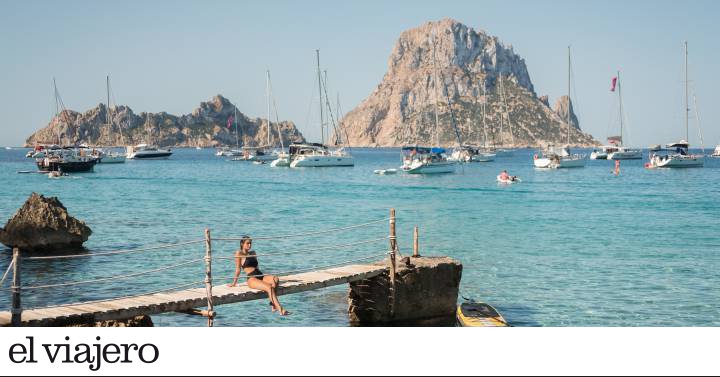 The most desired destinations to travel this summer 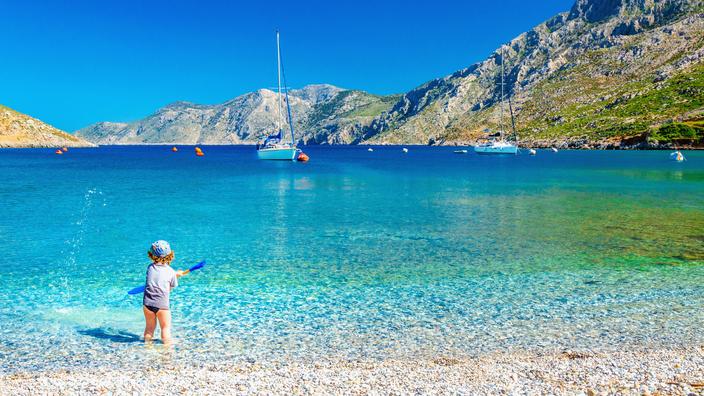 Where to stay in Crete? Ten perfect accommodations with children 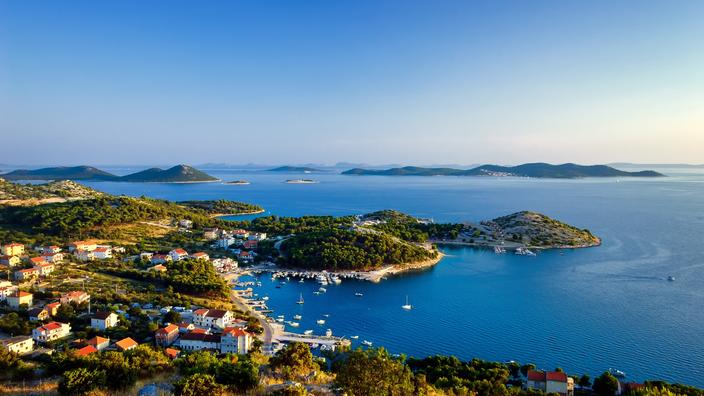 Zadar and its islands, little-known jewels of Croatia 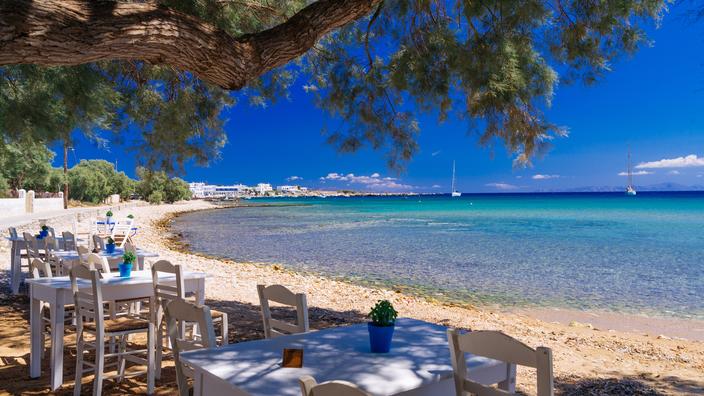 Complete guide to the Cyclades, everything you need to know to make sure you don't miss a thing 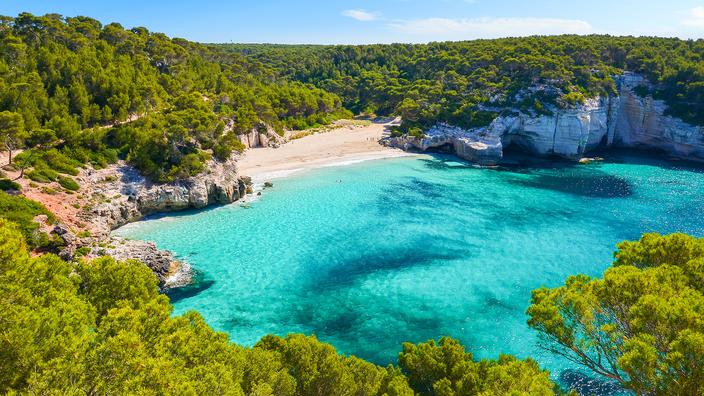 Travel to Spain: reception of the vaccinated, PCR test ... What changes from June 7 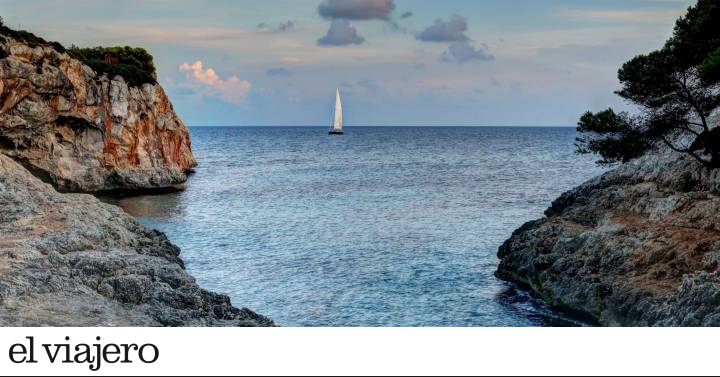