Rampage in Heidelberg: New details about the perpetrator known Created: 01/25/2022, 08:25 By: Vincent Büssow, Lucas Maier, Christian Stör In the University of Heidelberg, a man shoots around, kills a woman and finally himself. Now it should be clarified where he got the guns from. A gunman breaks into a university lecture hall in Heidelberg with a long gun and shoots around. He meets four vict

In the University of Heidelberg, a man shoots around, kills a woman and finally himself. Now it should be clarified where he got the guns from.

After the killing spree at Heidelberg University with two dead and three injured, the investigators continue their work on Tuesday.

There are unanswered questions about the motive of the perpetrator and why he got his hands on the gun.

The 18-year-old is said to have bought it abroad a few days ago, as the Mannheim police chief Siegfried Kollmar said on Monday evening.

Rampage in Heidelberg University: Search for a motive is ongoing

According to current knowledge, the investigators assume that the German first shot several times in a lecture hall in which around 30 students were and later shot himself in front of the building.

According to the police, the man had just sent a Whatsapp message to his father.

He wrote "that people now have to be punished," said Kollmar.

Details still need to be verified.

"We will now examine his surroundings in the next few days, with high pressure."

A total of 400 police officers were deployed after the rampage in Heidelberg.

The head of the public prosecutor's office in Heidelberg, Andreas Herrgen, said that a motive could only be speculated about so far.

The perpetrator had no criminal record.

The investigators would also have to check whether others were guilty of something under criminal law.

Rampage at Heidelberg University: New details about the perpetrator known

The shock after the killing spree in Heidelberg is still deep.

It was a "terrible act of violence," said Baden-Württemberg's Interior Minister Thomas Strobl (CDU *) to the mirror.

The investigations into the background of the fact would run at full speed.

In their investigation, the police are primarily investigating the question of where the 18-year-old man got the guns, a shotgun and a repeating rifle, as well as the associated ammunition, with which he shot a 23-year-old woman, among other things.

The man, who probably lived in Mannheim and was a student of biological sciences, did not have a firearms license.

He is said to have bought the guns abroad a few days earlier.

How this was possible is now to be clarified by the authorities.

Investigators examine one of the weapons used by a man in his rampage at the university in Heidelberg.

In the evening, Chancellor Olaf Scholz (SPD) commented on the killing spree in Heidelberg.

After the prime ministers' conference, he said in Berlin: "It breaks my heart to hear such news."

Scholz expressed his condolences to the relatives, victims and students of the University of Heidelberg, according to the dpa.

The sympathy after the shots in Heidelberg is cross-party.

Many politicians have spoken out on social media in particular.

Among them, among others, are Ministers of Justice Marko Buschmann (FDP) and Nancy Faeser (SPD).

In the afternoon (January 24, 2022), the Minister of Science of Baden-Württemberg, Theresia Bauer (Greens), came to the site of the rampage.

It leaves you speechless when innocent young people have to experience something like this in university operations.” Meanwhile, Prime Minister Winfried Kretschmann (Greens) assured that the matter would be clarified quickly.

The police would do everything to clarify the background quickly, so Kretschmann.

.: Andreas Herrgen, head of the Heidelberg public prosecutor’s office, initially gave no information on a possible motive on Monday evening (01/24/2022).

It's still too early for that, says Herrgen.

According to earlier information from security circles, however, the man should not have had any political or religious motives.

It is more likely that it is a relationship act or psychological problems, it said.

The murder weapon is said to have been a shotgun.

The man had more than 100 rounds of ammunition with him.

It is not yet known why he stopped shooting, said Kollmar.

That is speculative, but it cannot be ruled out that a specific person should be hit.

The 18-year-old could have reloaded.

.: The gunman from Heidelberg is said to have bought the weapons not on the Internet, but personally abroad a few days ago.

There is proof of purchase, said the President of the Mannheim Police Headquarters, Siegfried Kollmar, on Monday evening (01/24/2022).

It must now be clarified who is selling a gun to someone without a gun license.

In order not to forewarn the seller, investigators did not name the country where the guns were purchased.

The 18-year-old gunman has not yet been recorded by the police.

He also didn't have a driver's license.

"It's very unusual, this situation," said the chief of police.

Rampage in Heidelberg: emergency services penetrated into the lecture hall

In a press conference, the chief of police in Mannheim, Siefried Kollmar, explained the status of the investigation after the rampage in Heidelberg. According to this, seven emergency calls were received by the police at 12:24 p.m. A short time later, the emergency services were on site and penetrated into the lecture hall where the crime took place. More than 400 officers are said to have been deployed.

According to police chief Kollmar, the alleged perpetrator was an 18-year-old.

After the fact, he killed himself.

The three injured and the deceased were all in their 20s.

According to the investigation, the alleged perpetrator acquired the two long guns used in the rampage in Heidelberg abroad.

The police searched the 18-year-old's apartment and secured evidence.

In a Whatsapp message, he is said to have written that "people must be punished".

The authenticity of the message has yet to be verified.

The investigations are ongoing.

Mayor of Heidelberg speaks after rampage

The mayor of Heidelberg has reacted to the killing spree at the university in his city.

The non-party Eckart Würzner said: "We are all shocked and appalled by the killing spree that took place today in Neuenheimer Feld.

The heart of the science city of Heidelberg beats on this campus.”

Federal Minister of Justice Marco Buschmann did the same.

His thoughts are with the victims and local people, said the FDP politician.

Three other people were seriously injured.

After the killing spree at the University of Heidelberg, a young woman succumbed to her serious injuries a few hours after the fact.

The perpetrator shot her in the head, security sources said on Monday.

The man shot himself with a gun while the lecture was in progress in a lecture hall at noon, the police said.

There were three injured in addition to the young woman.

The man, who is said to have been a student himself, then fled into the open.

He is said to have had a backpack with other weapons with him, the German Press Agency learned from the security circles.

Accordingly, he is said to have shot himself.

So far, the police have only confirmed that the perpetrator is dead.

After the killing spree at the University of Heidelberg, a victim succumbed to his serious injuries.

The German press agency learned this on Monday from security circles.

Police officers examine a weapon on the premises of Heidelberg University.

In a press release, the Mannheim police headquarters confirmed that the perpetrator had entered the lecture hall of the University of Heidelberg with a long gun and shot around there.

He injured four people, some seriously.

He then fled to the outside area.

Heidelberg – There was a killing spree on the premises of Heidelberg University.

A lone perpetrator injured several people in a lecture hall with a long gun on Monday afternoon, the police said.

The perpetrator is now dead.

A large number of police are on the premises of Heidelberg University.

There are, among other things, the botanical garden and parts of the university hospital.

A police spokesman told Welt that after the killing spree in a university lecture hall in Neuenheimer Feld, a single perpetrator was assumed.

The spokesman did not say whether the perpetrator was a student.

As the dpa news agency reported, the attack was a killing spree.

However, there is still no official confirmation that the perpetrator chose his victims at random.

According to Heidelberg24, the Heidelberg university campus remains largely closed*.

According to dpa information, four people were injured in the killing spree.

According to security sources, one of the victims was fatally injured when the shots were fired in the university lecture hall.

Heidelberg rampage: perpetrator is said to have shot himself

According to dpa information, the gunman himself is said to have been a student, but this has not yet been officially confirmed.

According to the first findings, the man who shot himself in a university lecture hall on Monday afternoon had no political or religious motives, according to security circles.

He had several long guns with him and is said to have finally shot himself.

The police asked motorists to drive around the site so that rescue workers can drive freely. 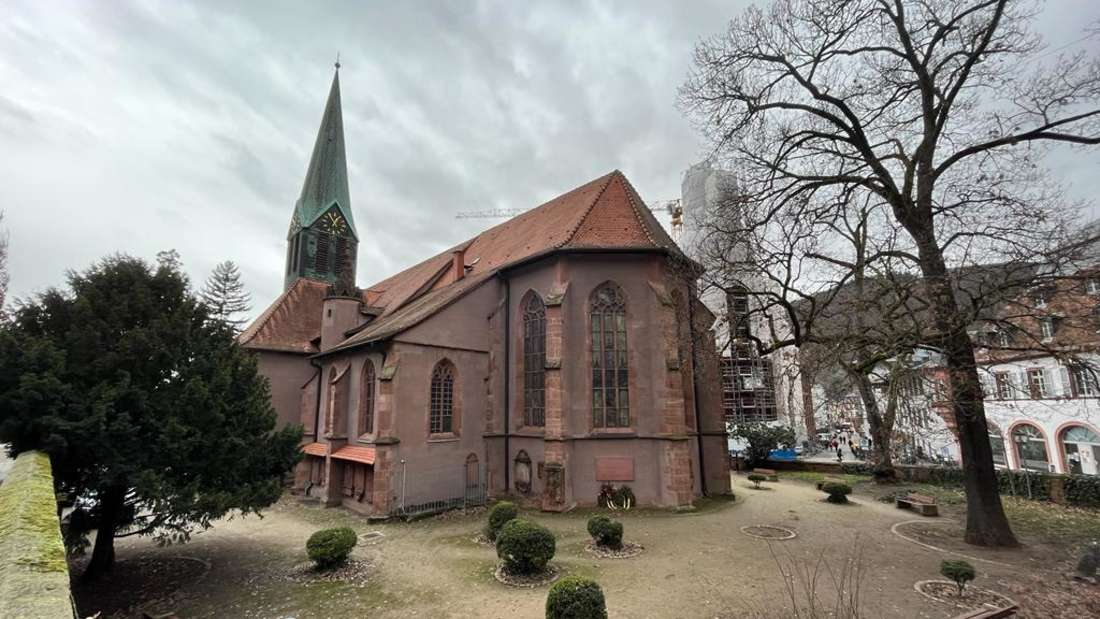 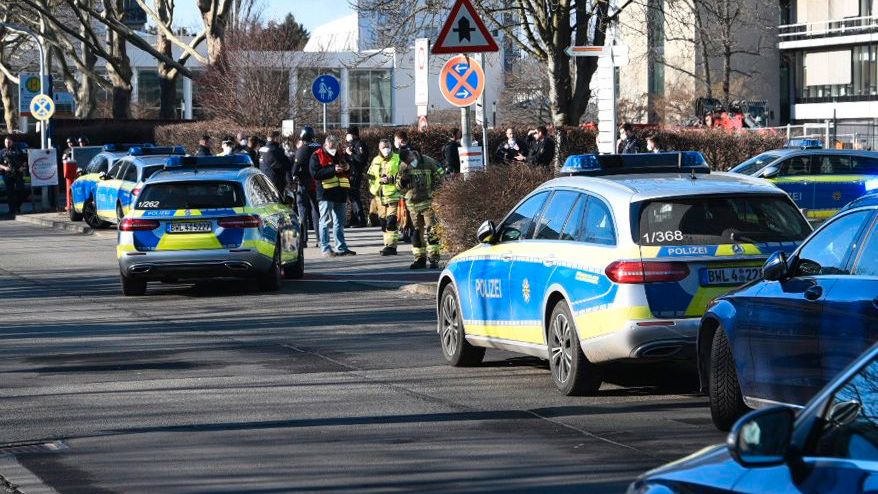 "Never completely shelved": Bavarian police want to find perpetrators - 31 years after the death of a 16-year-old

The country still has 3.4 billion euros in the corona reserve 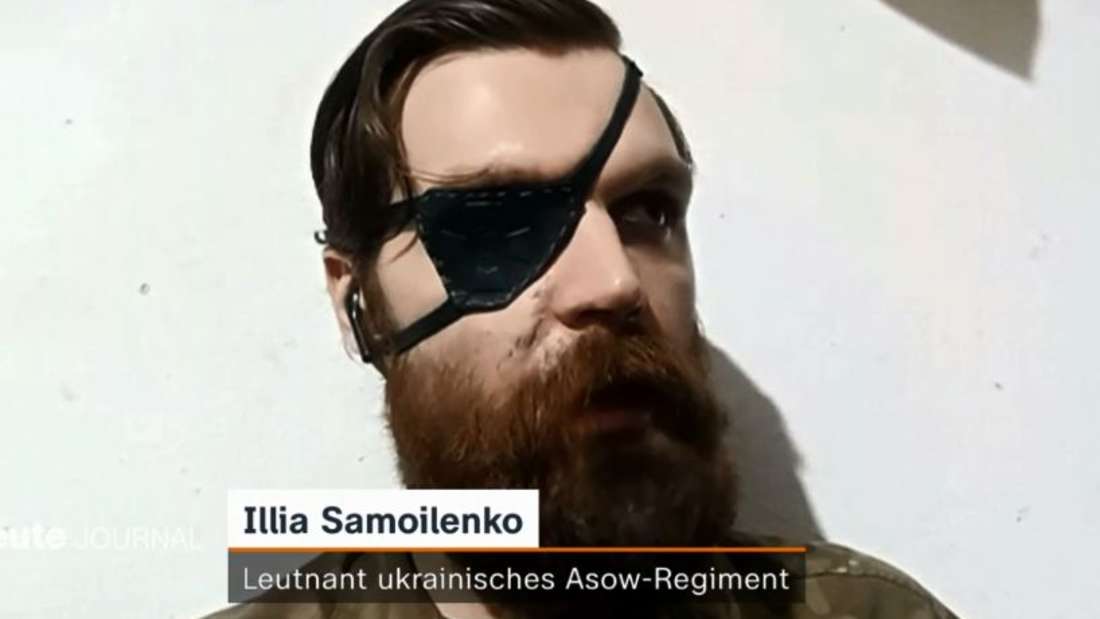 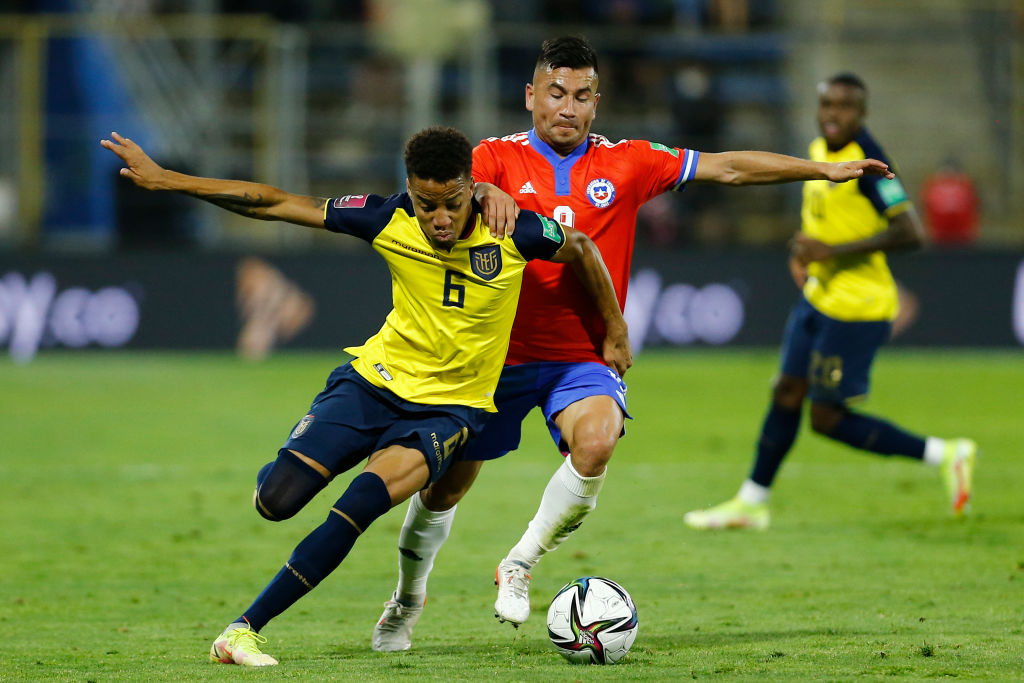 The Constitutional will study the resources of Alberto Rodríguez against the withdrawal of his seat
2022-05-12T18:48:58.388Z

"Completely beside himself": hostage-takers killed in Portugal - alleged perpetrator according to media reports German tourist
2022-05-12T18:42:44.435Z

The Legal Response Team in the Syrian Trust for Development continues to provide its services in Yarmouk camp
2022-05-12T18:01:46.506Z

At a Russian request, the Security Council will discuss tomorrow the Pentagon's biological activities in Ukraine
2022-05-12T18:00:56.963Z

Robot for surgeries, pressure cells and other MRI devices: the new acquisition of the health system for the periphery Israel today
2022-05-12T17:49:04.429Z