"Where did the millions go": The merchants of the Talpiot market in Haifa go against the mayor - Walla! native

It has been two and a half years since the flagship project to renovate the iconic Bauhaus building that was once built in one year was launched, and the market merchants promised them a new and advanced building. Dr. Klish-Rotem

"Where did the millions go": The traders of the Talpiot market in Haifa go against the mayor

It has been two and a half years since the flagship project to renovate the iconic Bauhaus building that was once built in one year was launched, and the market traders promised Dr. Klish-Rotem a modern and advanced structure, saying they were deceived: "All the architects went and were buried below"

One of the last political strongholds of the mayor of Haifa, Einat Kalish-Rotem, Talpiot Market, is also falling.

The flattery signs that market traders once hung in her honor have long since been removed, last Thursday merchants began hanging signs condemning her.

The reason: the promises have not been fulfilled, they claim the renovation of the historic building, the mayor's flagship project is neither ending nor progressing.

"At this rate, in a year it will not finish even one floor," says Nissim Salman, one of the owners of the Ariel Bakery chain, whose flagship branch is in the Talpiot market in Haifa and has served for years as chairman of the Talpiot Market Merchants' Committee. Ten workers. "Maybe not either. A visit to the place this week shows that the place is closed and closed.

Talpiot Market is one of the most impressive examples of the international style, the style known as "Bauhaus".

It was built on the seam between the Hadar HaCarmel neighborhood and the Wadi Salib neighborhood in the lower city.

The market structure designed by Moshe Gershtal is also considered a display of impressive architectural and engineering ability of the time.

The building, which has not been able to start its renovation for two and a half years, was opened in 1940 after being efficiently built in one year.

For decades the building like the streets around it have been neglected.

"I have a Talpiot market and the whole area will be a flagship project in the renewal of the city and especially the Hadar neighborhood, and I will do it with a lot of sensitivity and soul," architect Klish-Rotem promised in her mayoral election campaign.

After being selected, she announced that "one of the projects is first and foremost to renovate the building."

The conservation architect Amir Freundlich, accompanied by the Department of Building Conservation in the Haifa Municipality, prepared a conservation file for the building that includes a great deal of historical material and detailed documentation of its design and construction processes, as well as its dismal current condition.

The historic building and its transformation into a tourist attraction was entrusted to the mayor by Yael Gorkover, her senior assistant.

In a call to this week, she denied that the project was stuck and hung up with the words "I do not speak, please contact the municipal spokeswoman."

City spokeswomen did not respond to allegations.

Shikmona, which manages the restoration-conservation project, also denies that the project is stuck.

"It's not that they are not working," says Shikmona CEO Ruthi Goldenberg, who received the project. "There was a move between two tenders and the new tender was launched.

"There have been a lot of delays that do not depend on Shikmona," says city council member and board member Arie Blittenthal, who admits he is not involved in the details.

No one will estimate how much money has already been invested in this project.

"What about a government-municipal company to rehabilitate housing in Haifa and renovate a market," wondered the chairman of the merchants, Salman, "Where is Yaffa Nof?

Where are the millions that have already been poured in there on other contractors? "

"We do not know what exactly is going on there," says Eyal Lebkowitz, owner of Goldmond Books, a second-hand bookshop located near the Talpiot market with a cafe that turns into a pub in the evening that hosts live performances, lectures, parties, workshops and more.

"When you build, you see workers, you see trucks coming in, you see dust. That's not what you see there," he notes.

"The project has not been progressing for a long time, maybe a year, but it does not bother anyone," says Gili Schultz, a tour guide in the area. "It is empty and long dead. It is a gray elephant that has architectural value and has stood like this for years, and conservation is not a top priority for the Haifa Municipality anyway.

But market traders waited for this renovation not to promote architectural values ​​or even tourism but to make the hostel for their businesses more inviting, safer, so that they could earn a decent living, for all that that entailed.

"I received promises from the mayor from here to the market in Nablus," Salman says angrily. "I told Klish for a month. She said that in twenty days she would call and give an answer. She did not call. She and her wild imagination and her advisers. His name is one who understands nothing and did nothing. They said she poured millions. Maybe you will find them elsewhere."

"It's been three and a half years," Salman said of the years since the election of Klish, who had been an ardent supporter for years.

She announced the project two and a half years ago at a 100-year Bauhaus conference held in the city, and in April 2020 work began on another media event.

Klish then assured that "the restoration will be carried out while strictly preserving the original character of the market and its qualities, in cooperation with the market merchants and the residents of the neighborhood."

She stated to the media, "For me, this is one of the important plans that will lead to the strengthening of the urban, employment, commercial, historical and tourist structure of Haifa," and promised: "The Talpiot market will return to its great days in a modern and advanced structure."

The municipality said at the time that the six-storey building would be gradually restored and that in the early stages the lower two floors would be restored while the floor still serving as an active market would continue with this designation, "even after its restoration and regulation of trade for marketers and islanders."

But, today, two years or more before the date of the announcements, it appears that the winner of the tender for stage A will be announced only this week.

This initial phase includes a comprehensive renovation of the lower two floors as well as the construction of an adjacent structure and development work.

The defined execution period is ten months, but it seems that it is only apparent and the bidders will receive an unpublished extension.

This matter is also puzzling.

The tender also warns that the contractor must take into account that it may take a considerable amount of time until the dealers have finished clearing the floor they are using for storage.

Against the backdrop of the new conflict, it is doubtful whether they will easily clear the trading floor.

In any case, even if an agreement is reached, the merchants say that moving between floors is not a trivial matter especially when one considers not only stalls but also shops and butcher shops.

"They did not do what they promised. It will not end. A year I did not meet her. We will be a mess, all the architects went and the merchants downstairs were buried," says the chairman of the merchants' committee, Salman, "I told her everything in the end explodes.

Her advisers destroyed her.

Fight with the whole world.

They do not let anyone in.

As if it were the nuclear reactor in Iraq.

More than a year I did not enter there.

What I saw was enough for me.

I understood the language of working on someone's eyes and on me it is impossible to work.

The condition of the building on the face and half of the market below is closed. "

Lewkowicz lives above his bookstore on nearby Ekron Street.

"This area is defined as area A for property taxes, so I pay 30,000 shekels a year in property taxes and there is not even a flashlight on our street at the entrance, the sidewalks are broken, because of the route the entrance to the store is broken and inaccessible to the disabled," he describes. The municipality has invested a lot in Sirkin Street, especially in the area of ​​restaurants. "

It should be noted that it is evident that in the scene of restaurants and funky businesses, there is great satisfaction from both the entrepreneurs and the visitors, locals and others alike.

"The restaurant story is a good thing," Salman admits, noting that "on the other hand, its solution took the blue-and-white parking lot along the sidewalks, which was supposed to bring in five million shekels a year for the market," pointing to stall sheds along the street. Which have not yet been replaced.

Lebkowitz says that "this is just what shows that private entrepreneurs can work quickly and efficiently while once it passes into municipal hands things creep up."

Schultz agrees, "In general this city rises only thanks to private entrepreneurs and independent people who take responsibility into their own hands, because they know no one else will do it."

"Where did the millions go": The merchants of the Talpiot market in Haifa go against the mayor - Walla! native

Walt arrives in Haifa: 5 places worth ordering from in the city - Walla! Food

While you were sleeping: Binyamin and Sara Netanyahu on a night date - voila! celebs

Haifa as you have never tasted before: A crazy food tour in the city of Carmel - Walla! Food

"Biden comes to Jerusalem to save himself" | Israel today 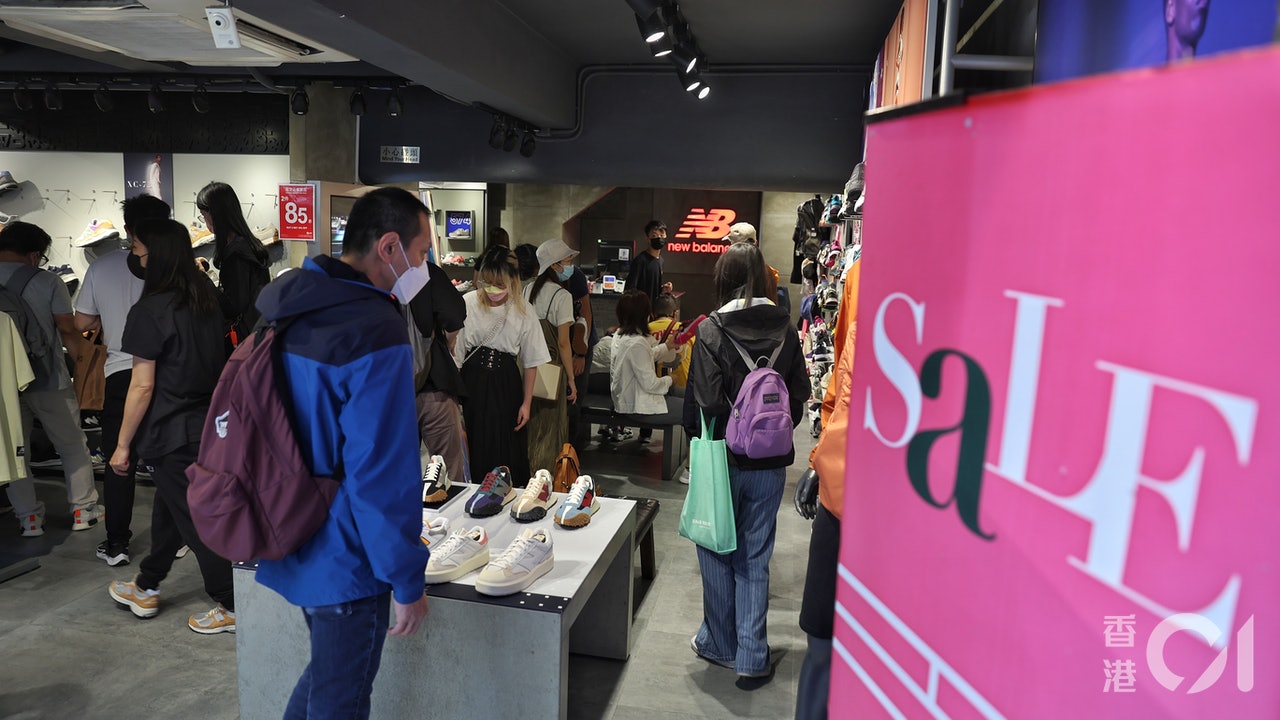